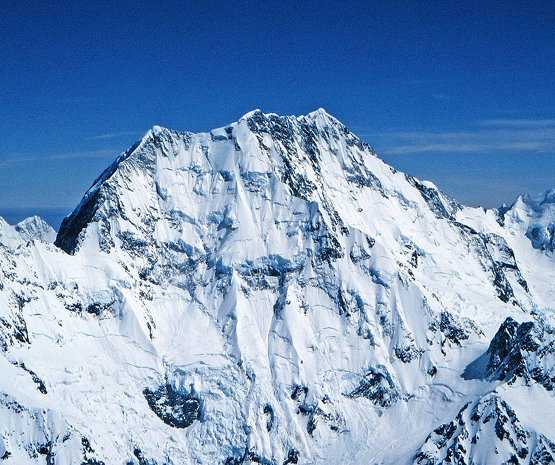 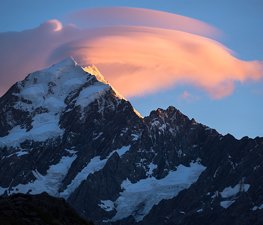 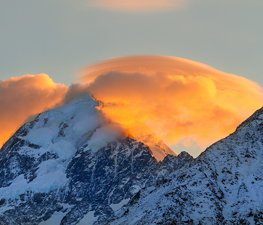 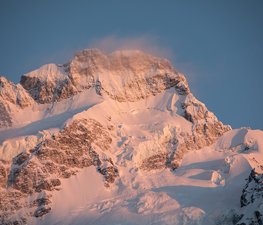 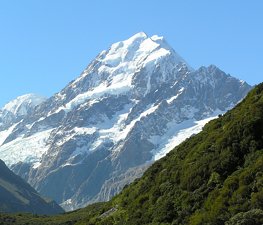 Aoraki/Mount Cook is the highest mountain in New Zealand, reaching a height of Шаблон:Convert.<ref name="DOC1">

Шаблон:Cite web </ref> It lies in the Southern Alps, the mountain range which runs the length of the South Island. A popular tourist destination,<ref name="Man_Plan1"> Шаблон:Cite web </ref> it is also a favourite challenge for mountain climbers. Aoraki/Mt Cook consists of three summits lying slightly south and east of the main divide, the Low Peak, Middle Peak and High Peak, with the Tasman Glacier to the east and the Hooker Glacier to the west.

The mountain is in the Aoraki/Mount Cook National Park, which was gazetted in 1953 and along with Westland National Park is one of the United Nations World Heritage Parks. The park contains more than 140 peaks standing over 2,000 m (6,500 ft) and 72 named glaciers, which cover 40 percent of the park's 700 km² (173,000 acres).

The settlement of Mount Cook Village (also known as The Hermitage) is a tourist centre and base camp for the mountain. It is 7 km from the end of the Tasman Glacier and 12 km south of Aoraki/Mount Cook's summit.

Aoraki means "Cloud Piercer" in the Ngāi Tahu dialect of the Māori language. Historically, the Māori name has been spelt Aorangi in the "canonical" Māori form.<ref name="Te_Ara1"> Шаблон:Cite web </ref>

The first European known to see Aoraki/Mount Cook was Abel Tasman,<ref name="Te_Ara1"> Шаблон:Cite web </ref> on December 13, 1642 during his first Pacific voyage. The English name of Mount Cook was given by Captain John Lort Stokes to honour Captain James Cook who first surveyed and circumnavigated the islands of New Zealand in 1770. Captain Cook did not sight the mountain during his exploration.<ref name="Cook_journal"> Шаблон:Cite web </ref>

The Southern Alps on the South Island are formed by tectonic uplifting and pressure as the Pacific and Indo-Australian Plates collide along the island's western coast. The uplifting continues, raising Aoraki/Mount Cook an average of 7 mm (just over a quarter of an inch) each year. However, erosive forces are also powerful shapers of the mountains. The severe weather is due to the mountain's jutting into powerful westerly winds of the Roaring Forties which run around approximately 45°S latitude, south of both Africa and Australia. The Southern Alps are the first obstacle the winds encounter after South America as they blow easterly across the Southern Ocean.

The height of Aoraki/Mount Cook was established in 1881 by G.J Roberts (from the West side) and in 1889 by T.N.Brodrick (from the Canterbury side). Their measurements agreed closely at 12,349 ft. The height was reduced by 10 m (33 ft) when approximately 10 million cubic metres of rock and ice fell off the northern peak on 14 December 1991.<ref name="Landslide1"> Шаблон:Cite web </ref><ref name="Landslide2"> Шаблон:Cite web </ref>

Aoraki/Mount Cook is a challenging ascent, with frequent storms and very steep snow and ice climbing to reach the peak. It is a triple peak, with the north peak (High Peak) being the highest.

The first recorded European attempt on the summit was made by the Irishman Rev. William S. Green and the Swiss hotelier Emil Boss and the Swiss mountain guide Ulrich Kaufmann on 2 March 1882,<ref> Шаблон:Cite book </ref> but it was subsequently established that they were 50 m short of the true summit.

On 25 December 1894 New Zealanders Tom Fyfe, James (Jack) Clarke and George Graham successfully reached the summit via the Hooker Valley and the north ridge.<ref>Haynes, J. (1994) Piercing the Clouds. Tom Fyffe: First to climb Mt Cook. Hazard Press, New Zealand, ISBN 0-908790-64-3.</ref> Swiss guide Matthias Zurbriggen made the second ascent on 14 March 1895 from the Tasman Glacier side, via the ridge that now bears his name. This is credited as the first solo ascent, although Zurbriggen was accompanied part of the way up the ridge by J Adamson. After Zurbriggen's ascent it was another ten years before the mountain was climbed again. In February 1905 James Clarke with four others completed the third ascent following Zurbriggen's route. So Clarke therefore became the first person to do a repeat ascent. The first woman to ascend the mountain was Freda du Faur, an Australian, on 3 December 1910. Local guide George Bannister, a descendant of Te Koeti Turanga of Ngāi Tahu, was the first Maori to successfully scale the peak in 1912.<ref>Mountaineering - Guided climbing - Te Ara Encyclopedia of New Zealand</ref> A traverse of the three peaks was first accomplished in 1913 by Freda du Faur and guides Peter and Alex Graham.

Ed Hillary made his first ascent in January 1947. In February 1948 with three others he made the first ascent of the South Ridge to the Low Peak.

The average annual rainfall in the surrounding lowlands is around 7.6 m (300 inches). This very high rainfall leads to temperate rain forests in the coastal lowlands and a reliable source of snow in the mountains to keep the glaciers flowing. These include the Tasman and Murchison Glaciers to the east and the smaller Hooker and Mueller Glaciers to the south.

Tiff Ting
You can see Mount Cook from everywhere. Check out the beautiful visitor center, too.

Lucila de Francischi
No matter if it's summer or winter, the views are amazing!!

Sammie D
Sir Ed. Museum free - not much to see but a nice stop
Load more comments
foursquare.com
8.7/10
24,018 people have been here
I've been here
Add to wishlist

Punch Bowl Falls, New Zealand is a tourist attraction, one of the

Stuart Landsborough's Puzzling World is a tourist attraction near

The Cardrona Bra Fence is a controversial tourist attraction in

Cape Wanbrow is a rocky headland one kilometre to the south of Oamaru,

The Nevis Highwire Platform is a bungee jumping platform in the 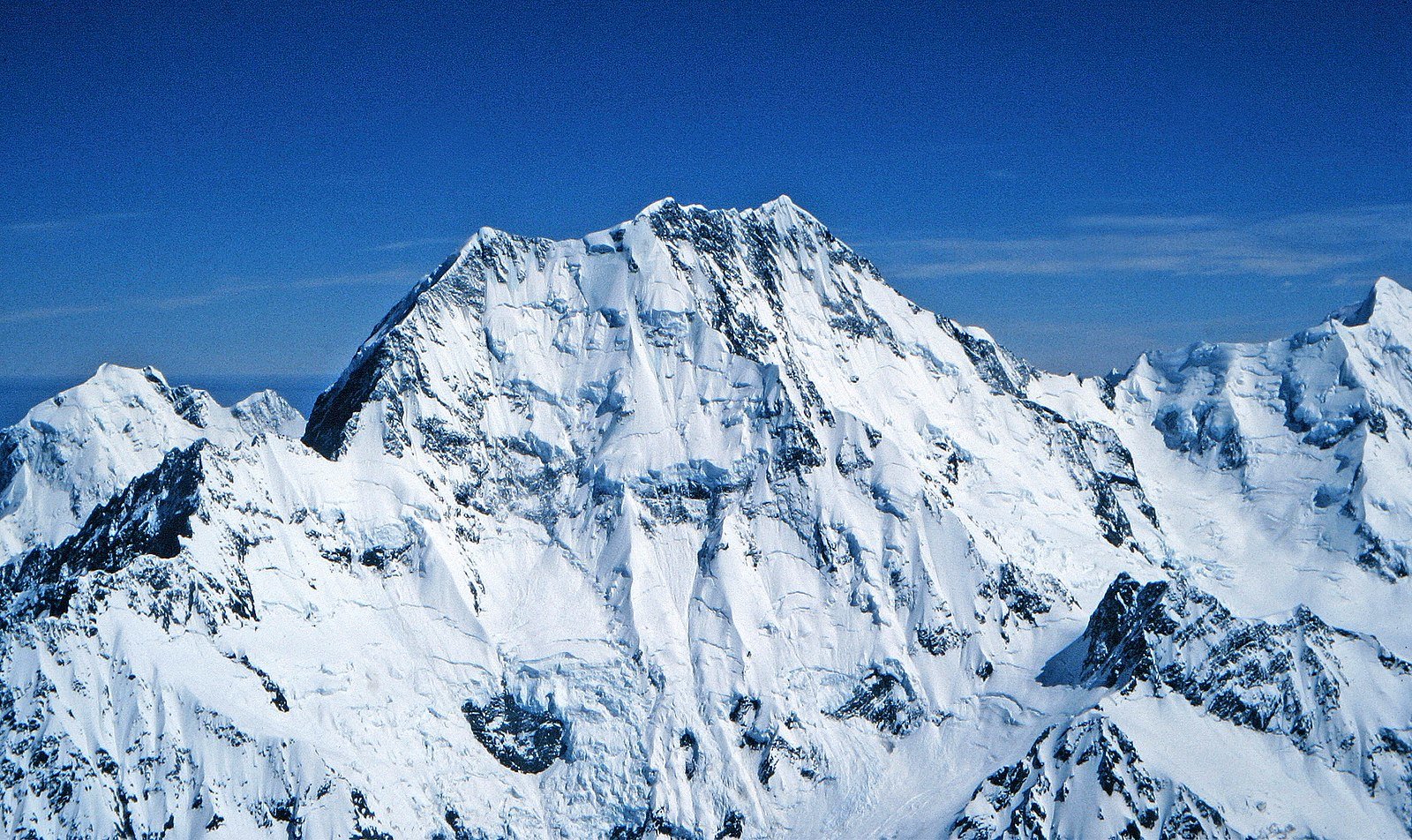 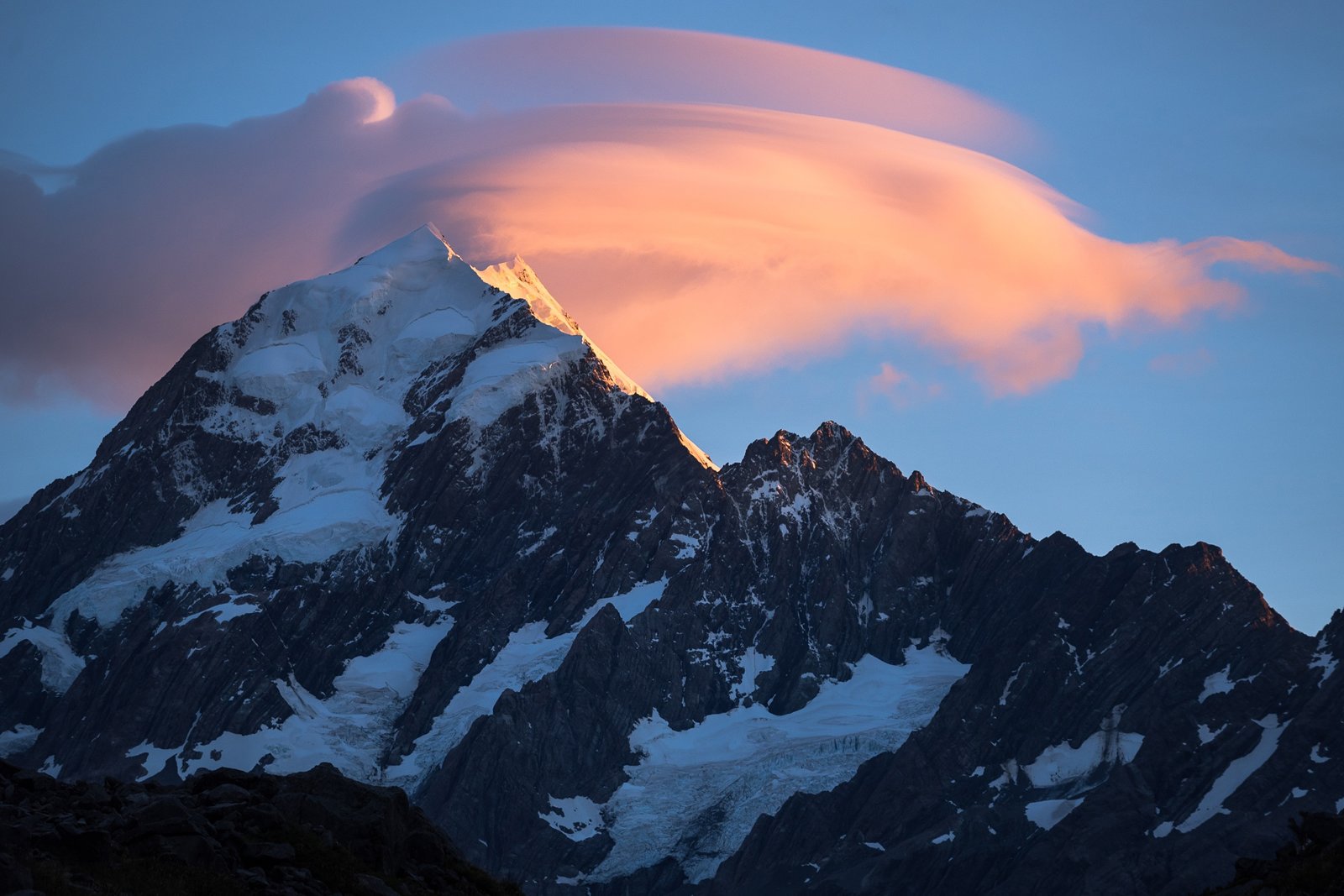 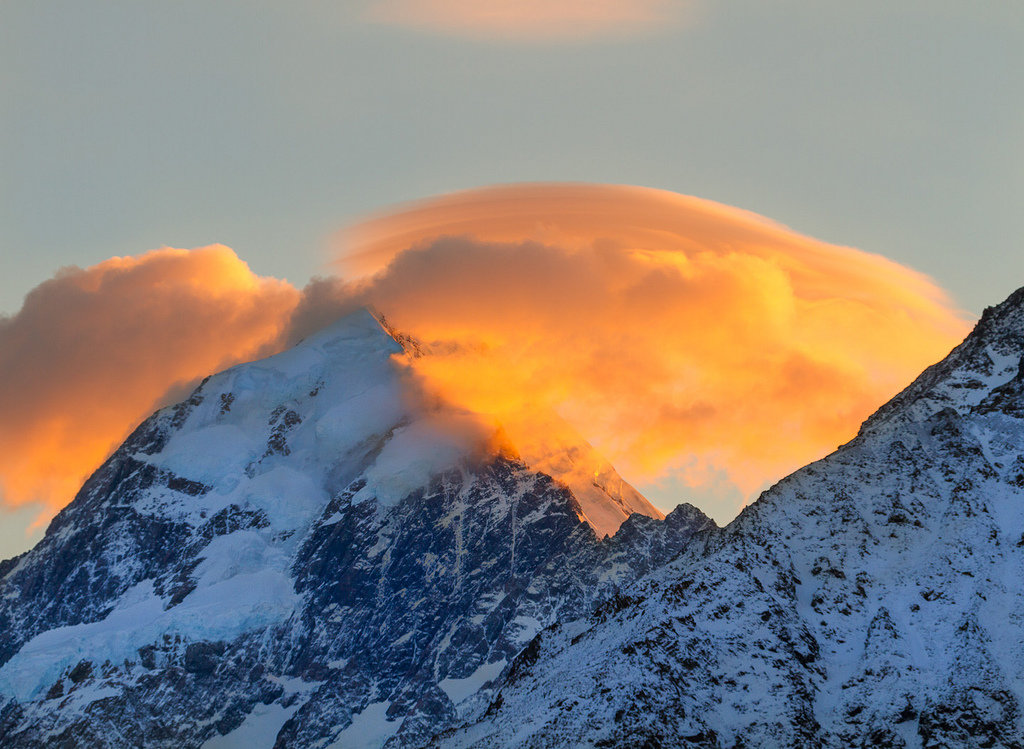 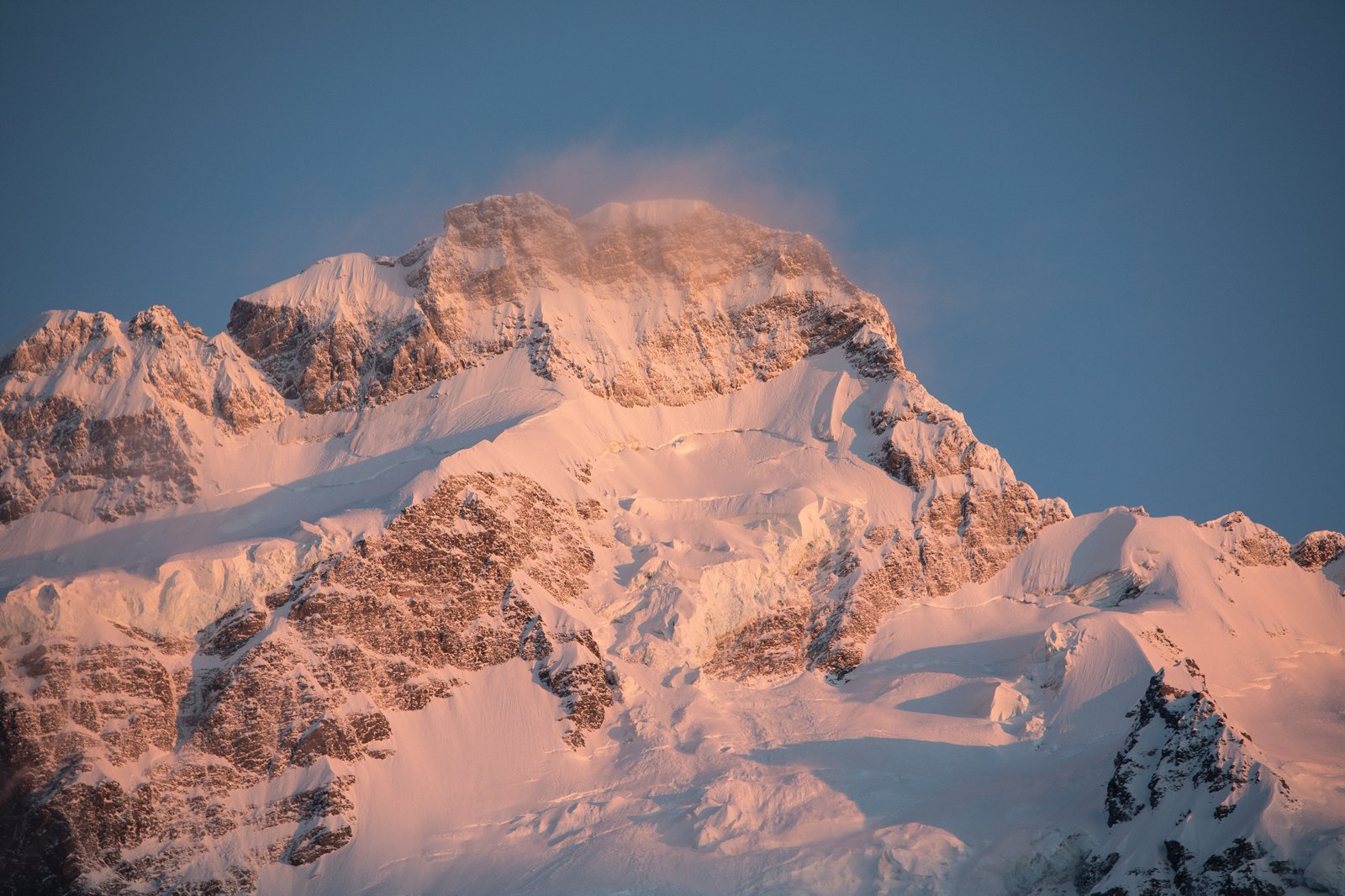 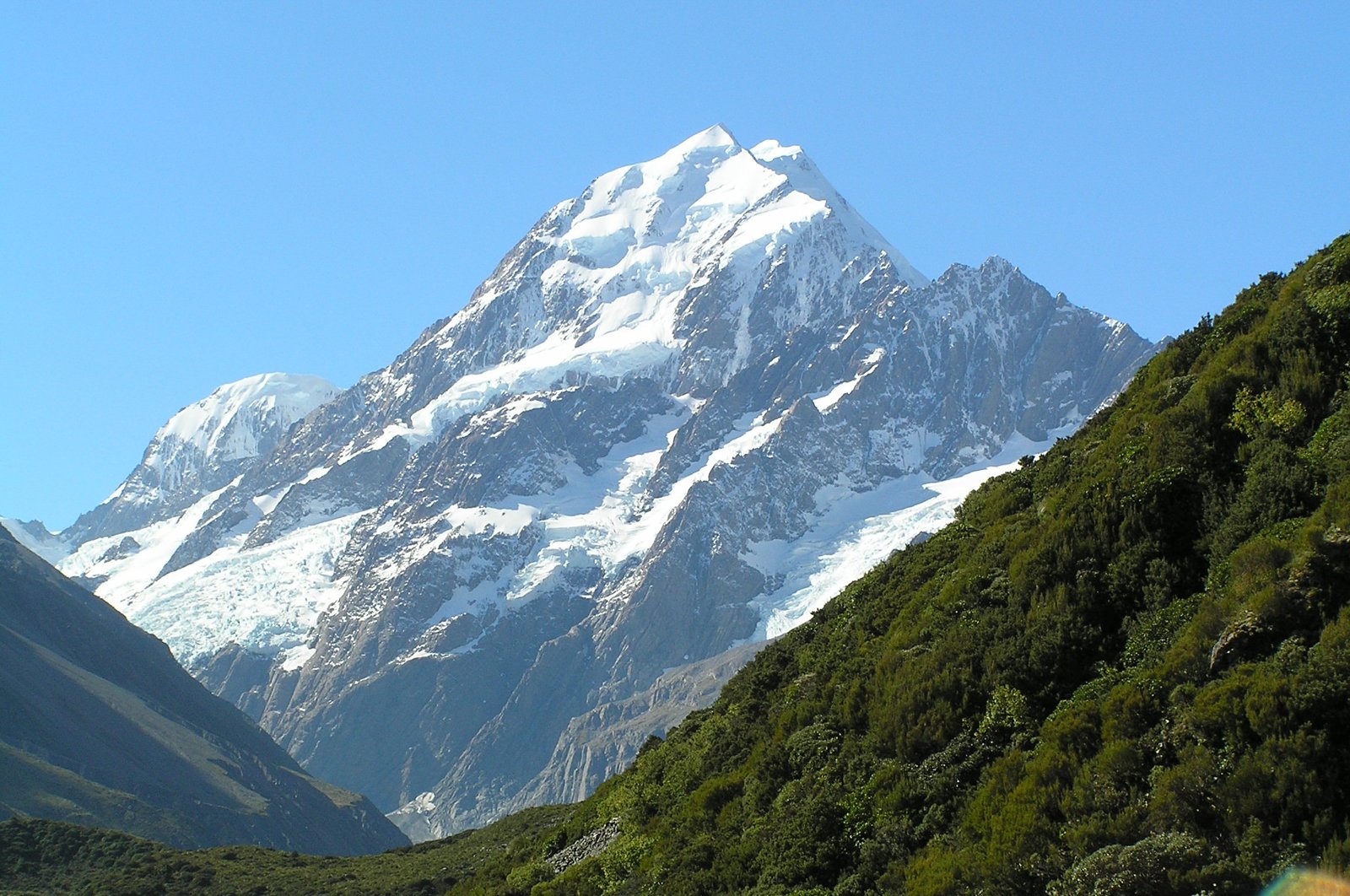 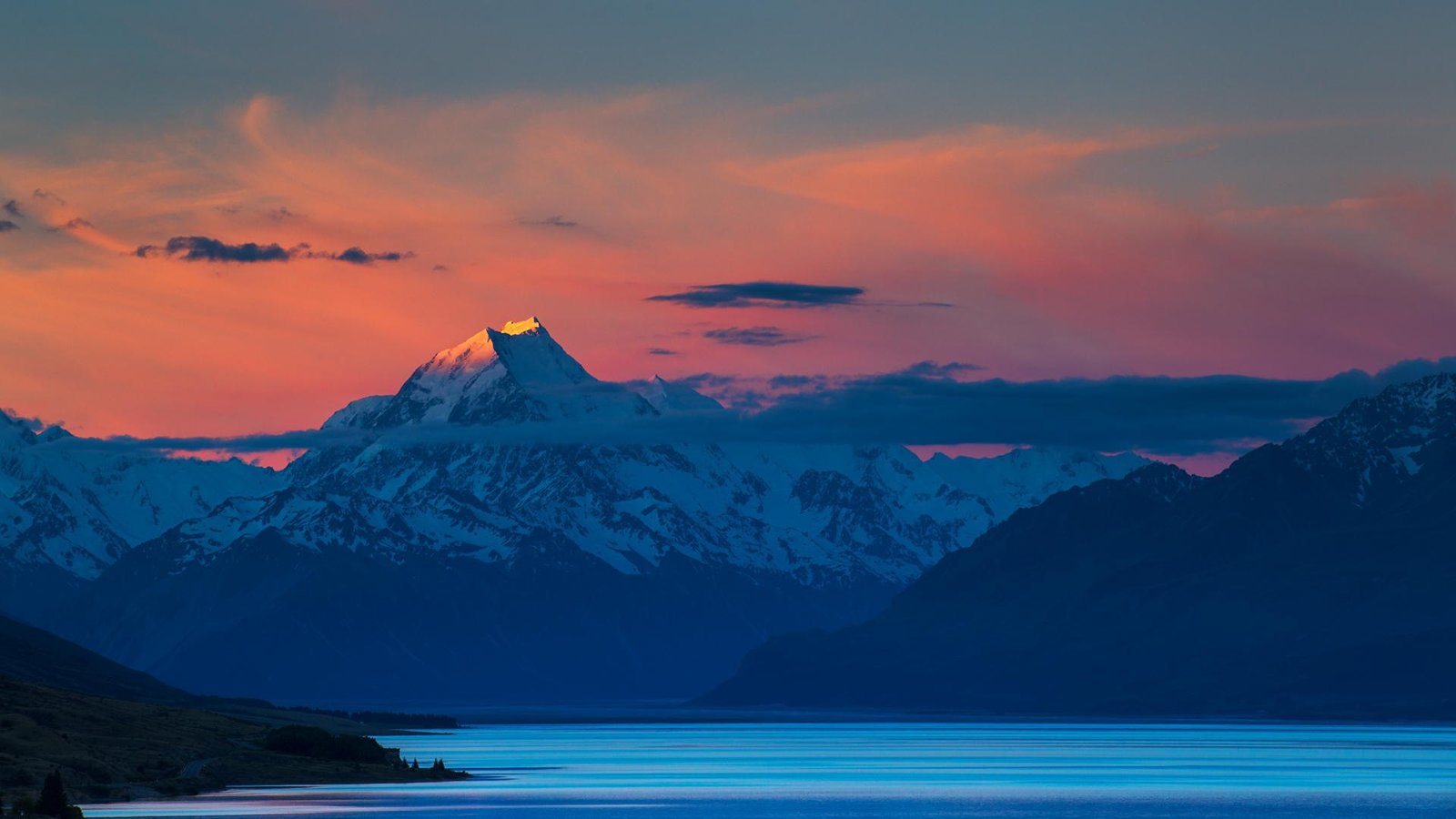 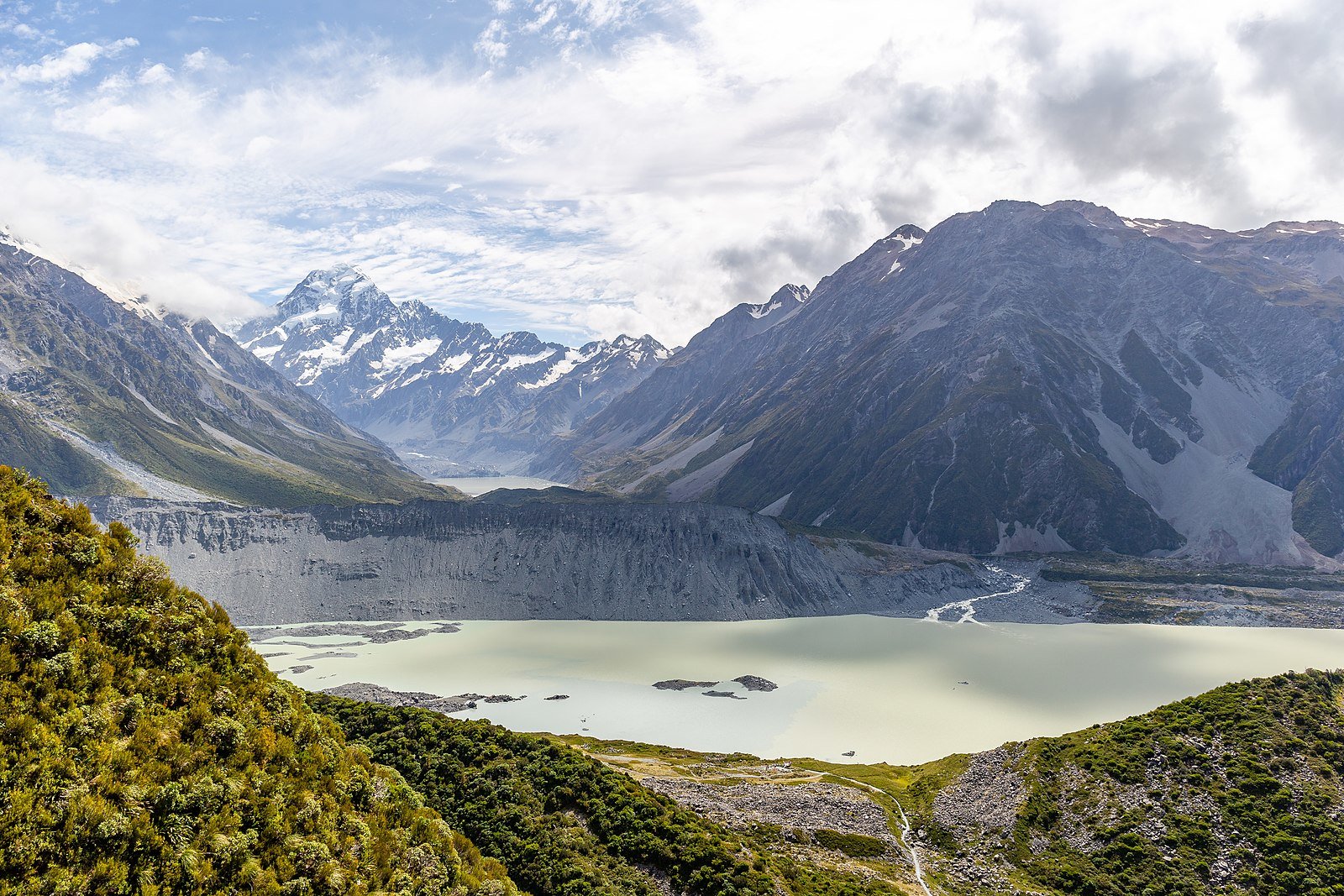 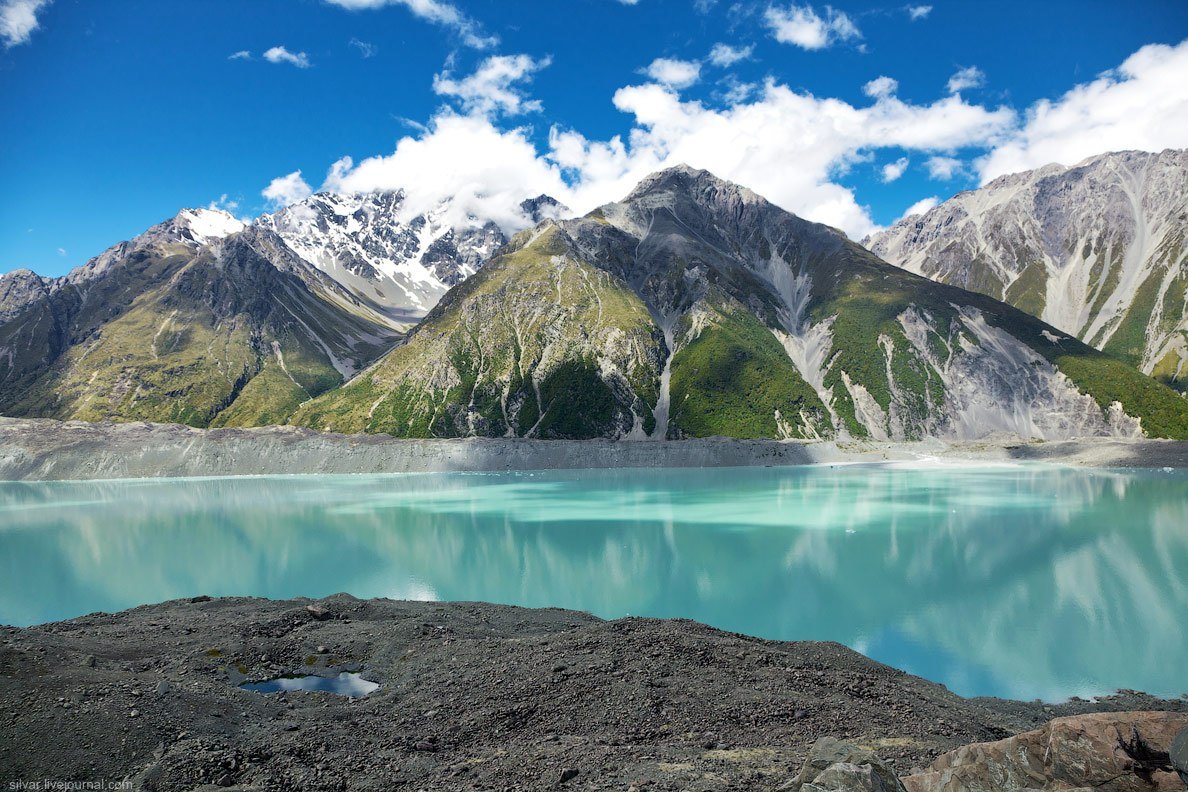 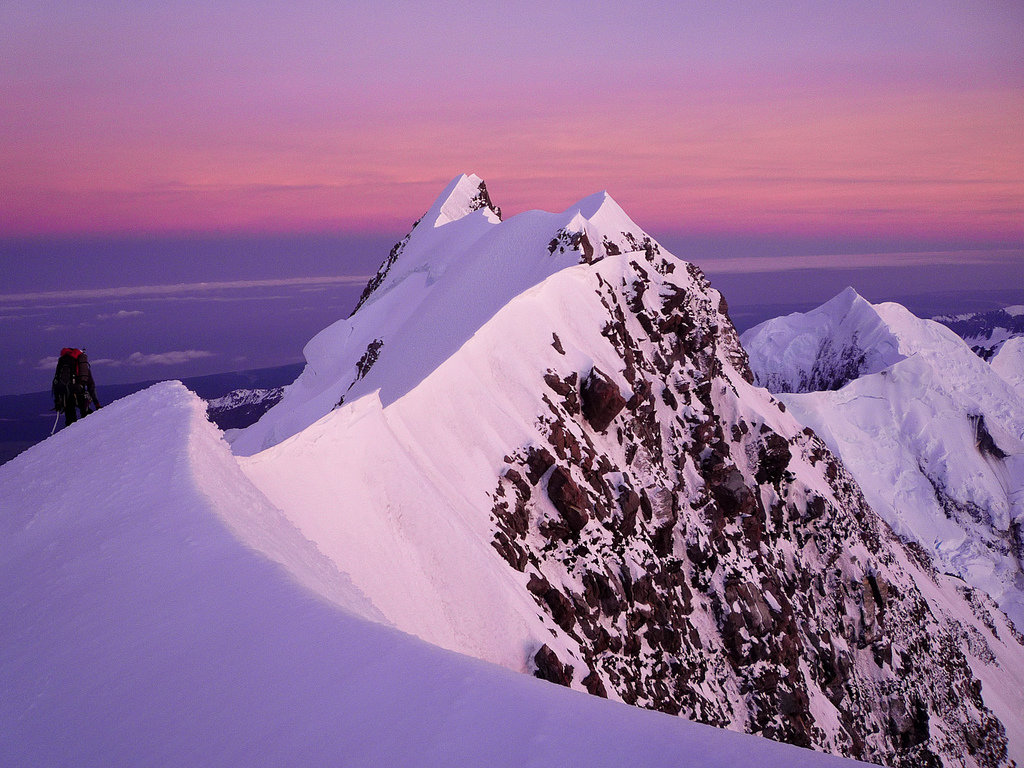 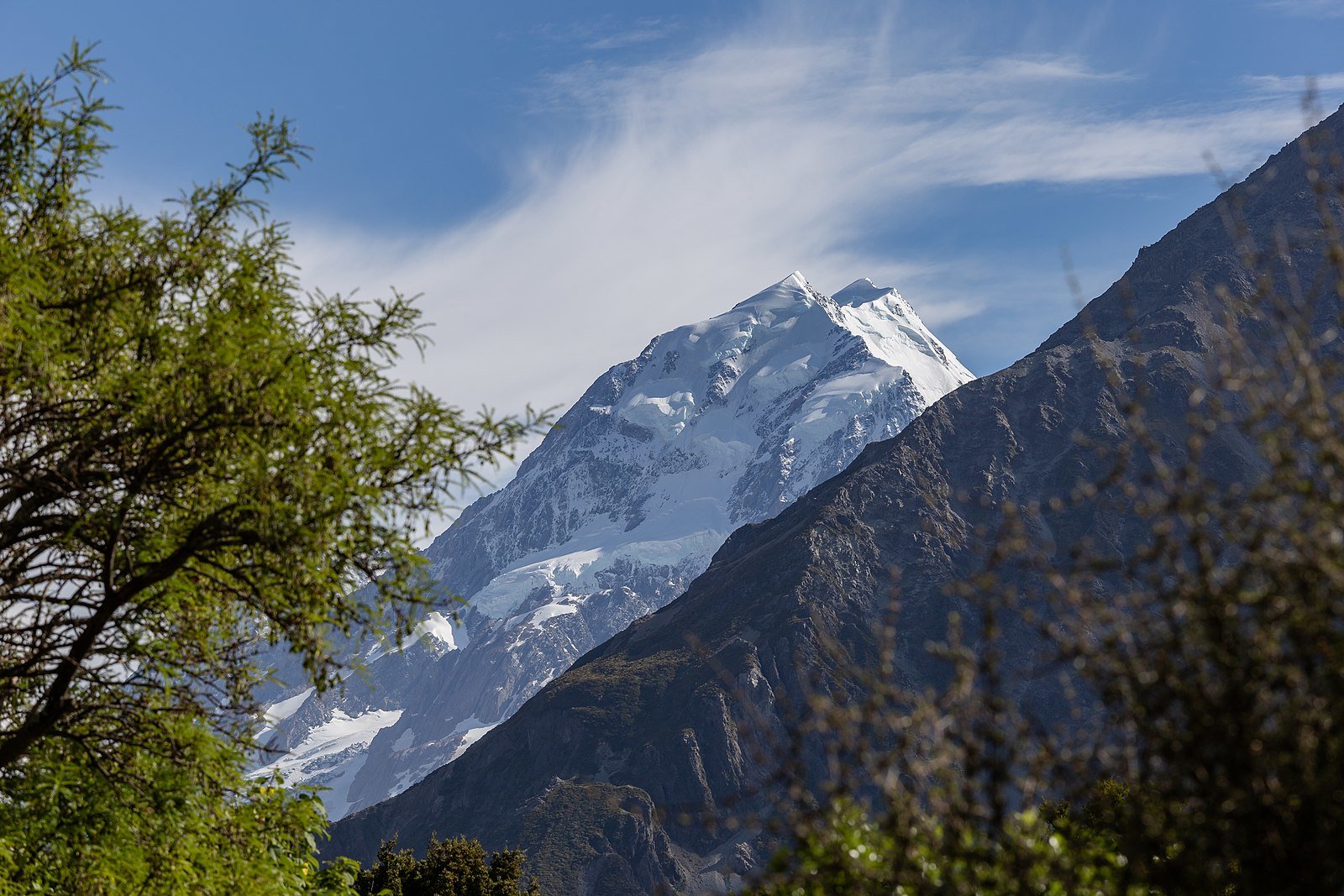 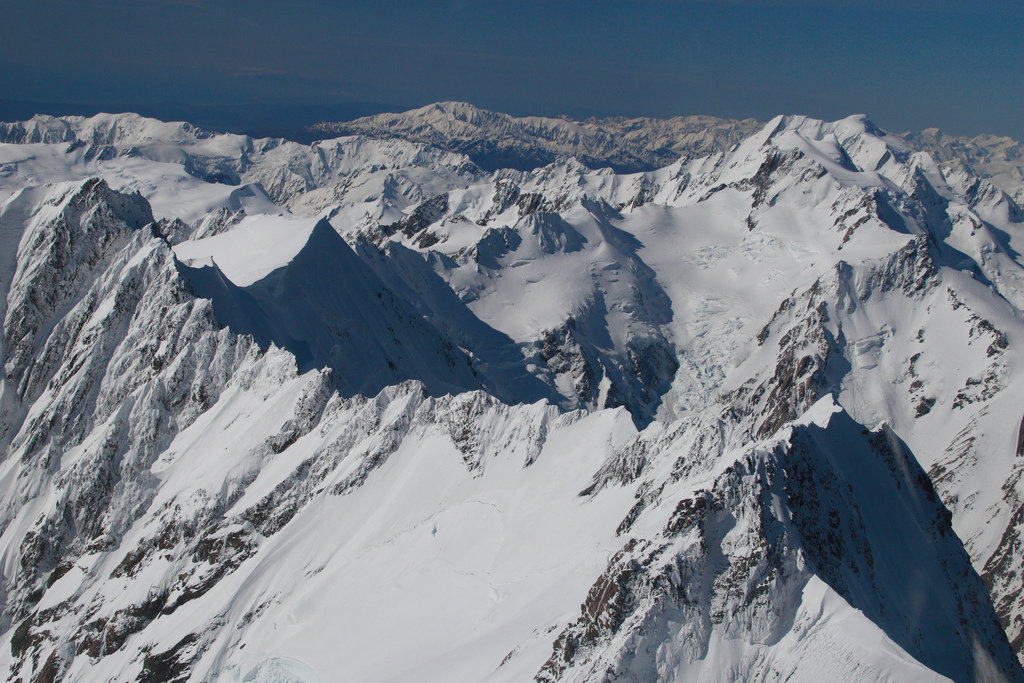 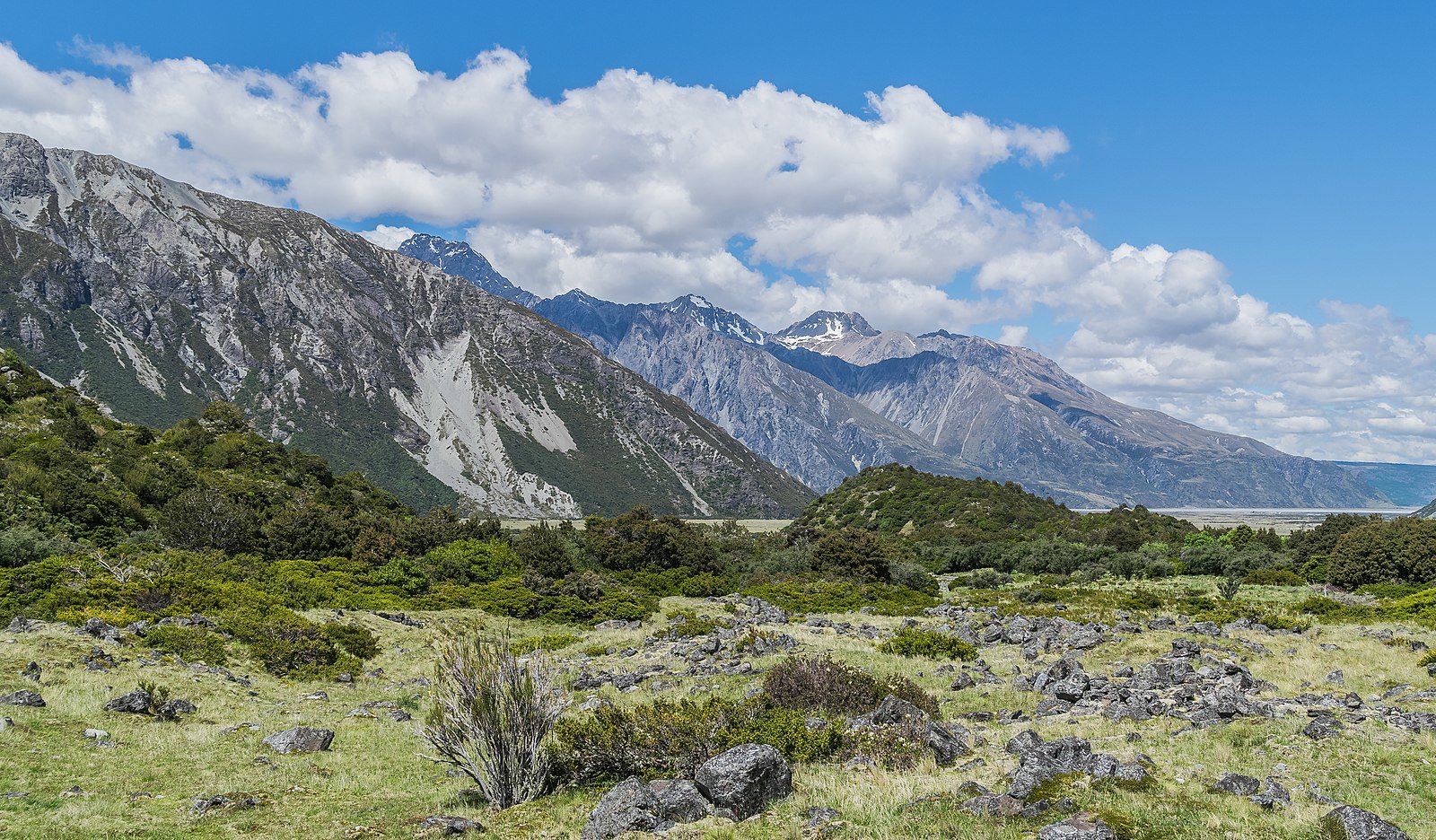 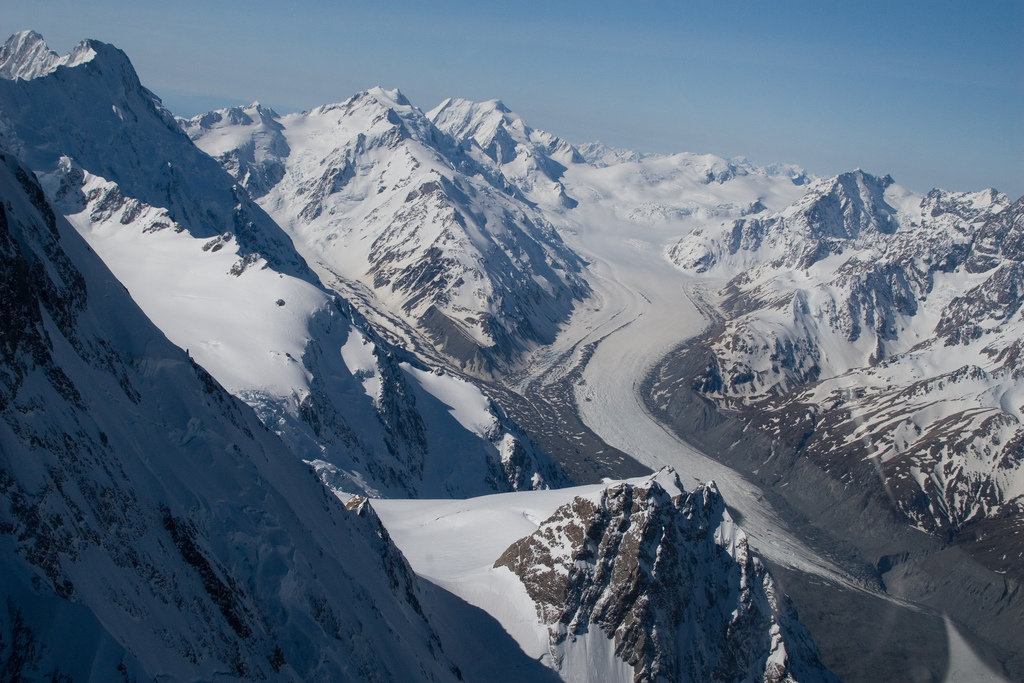 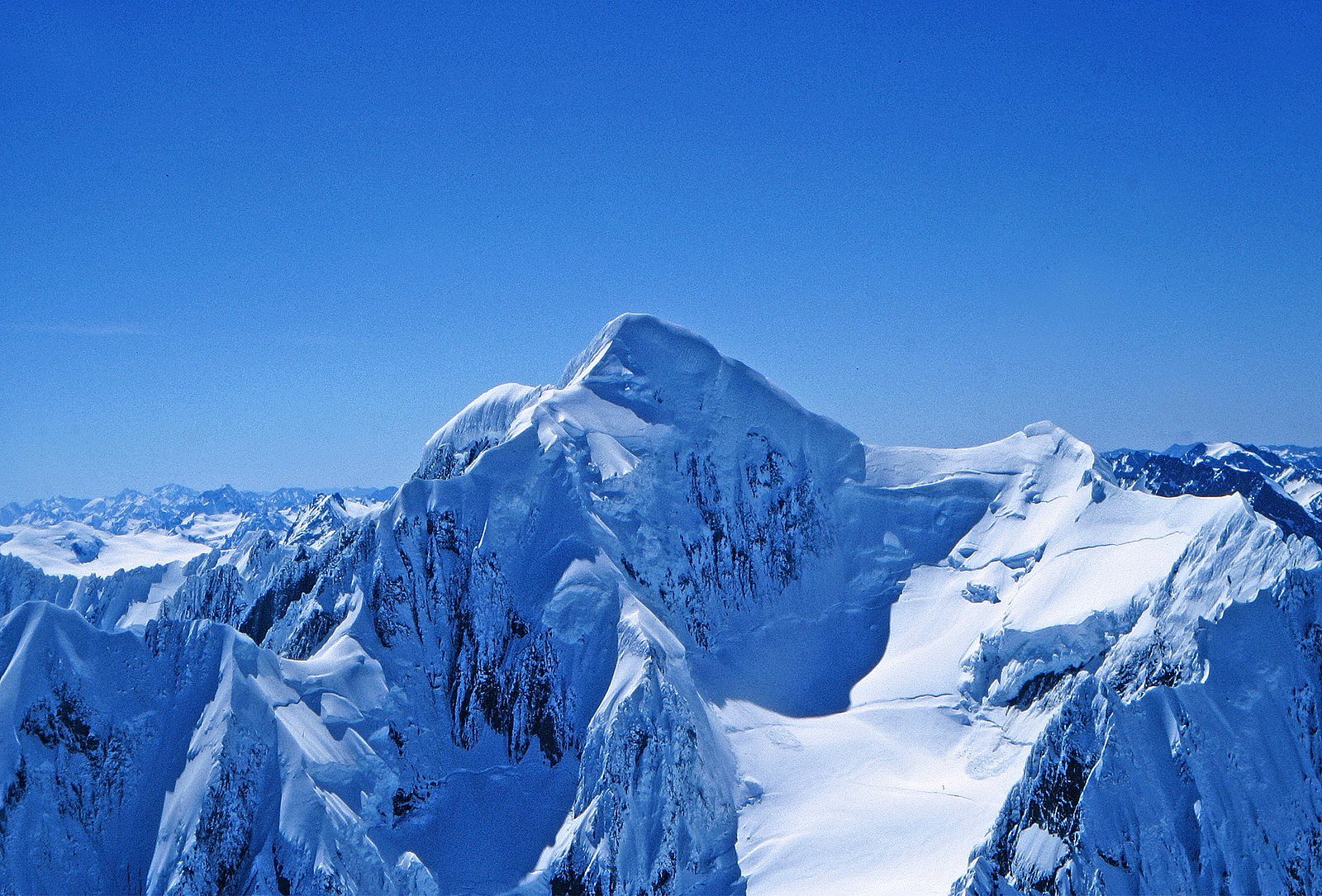 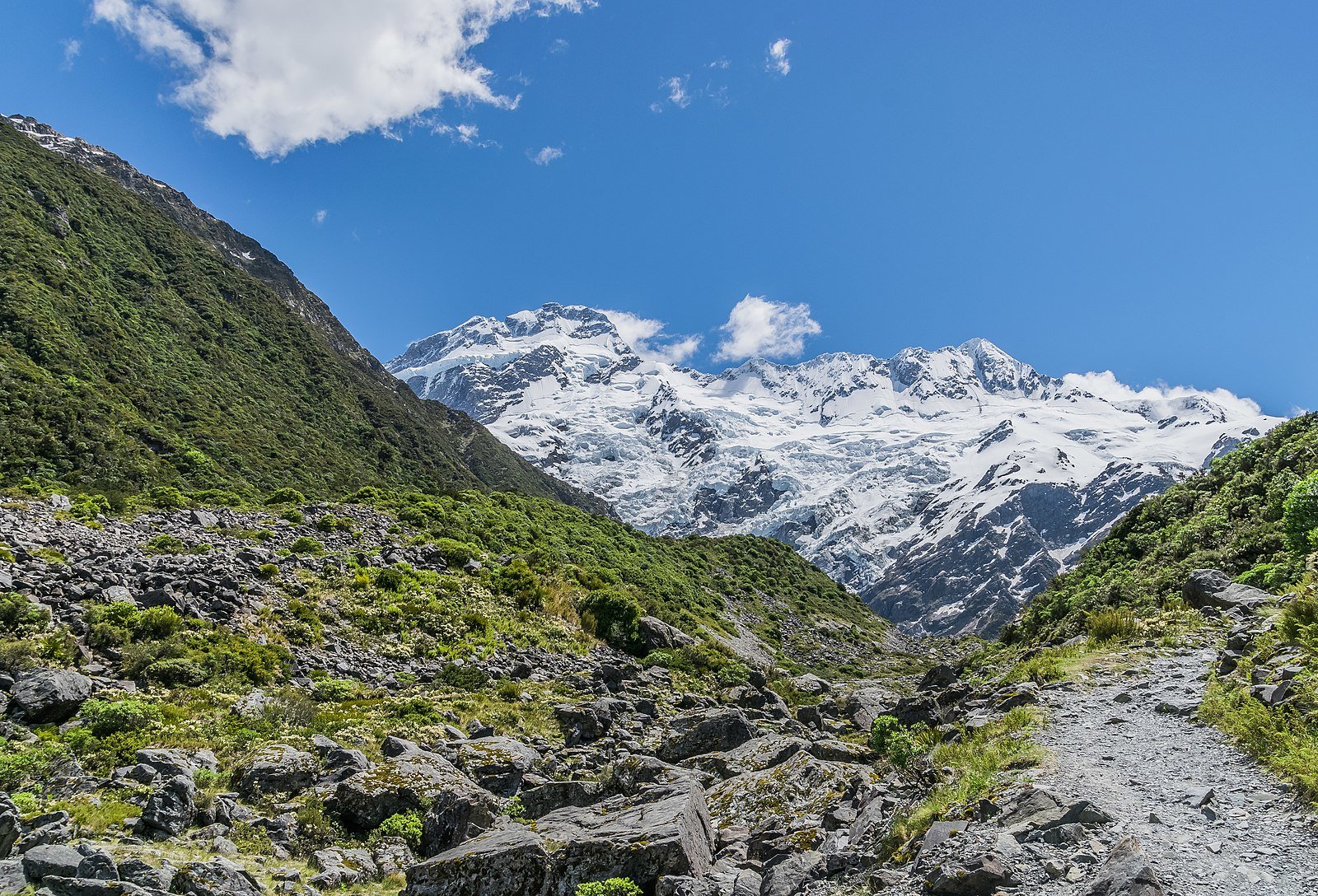 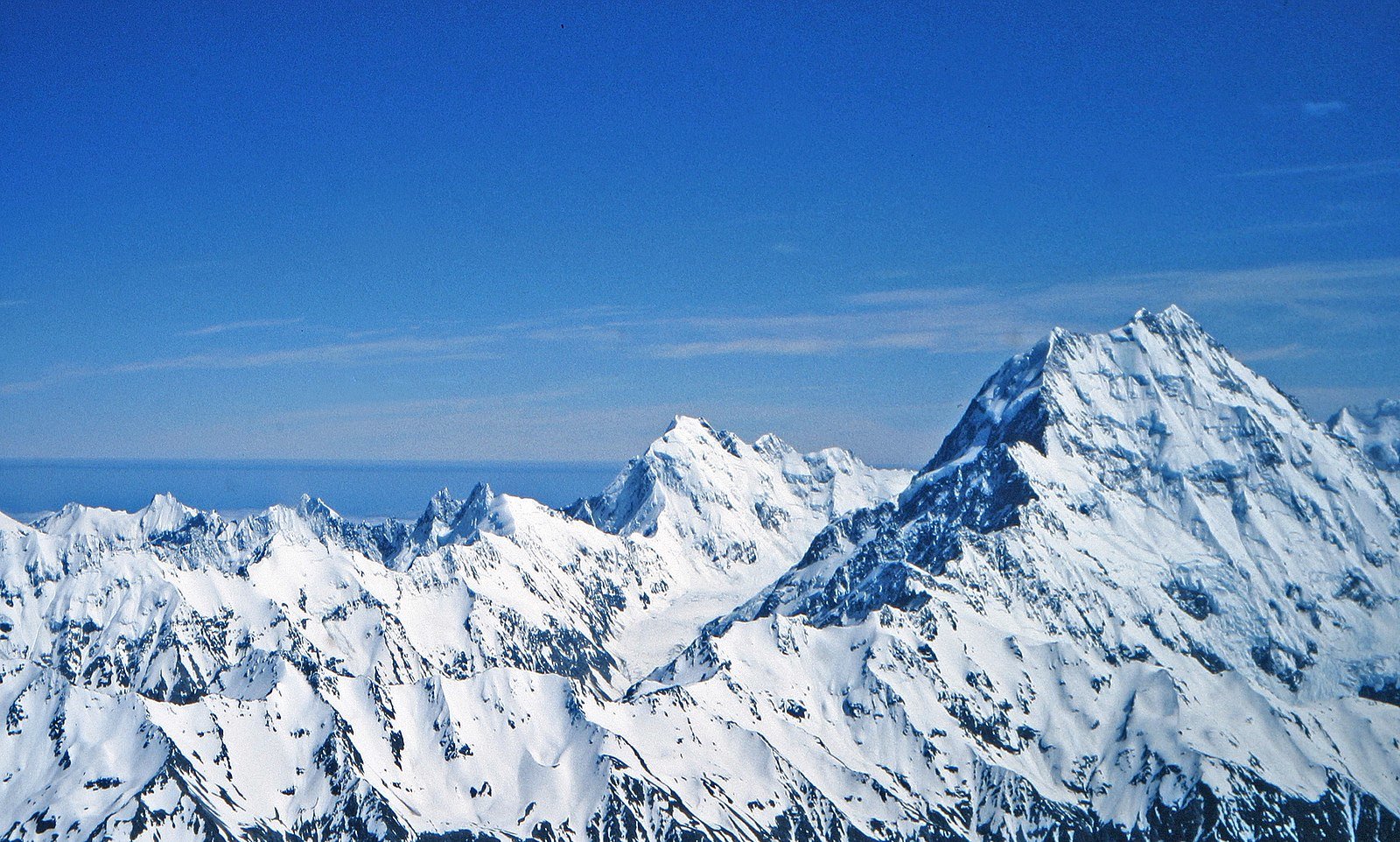 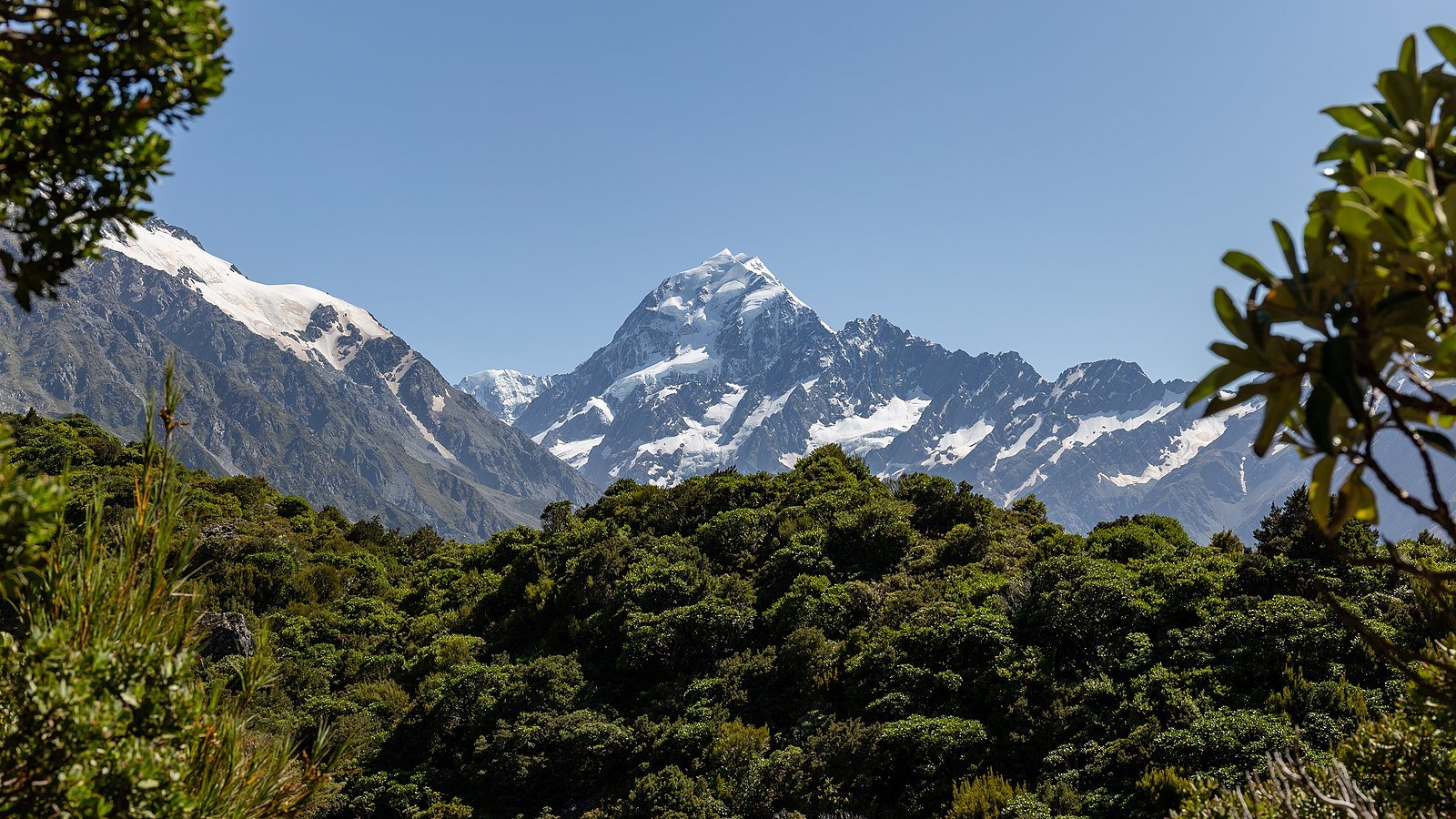 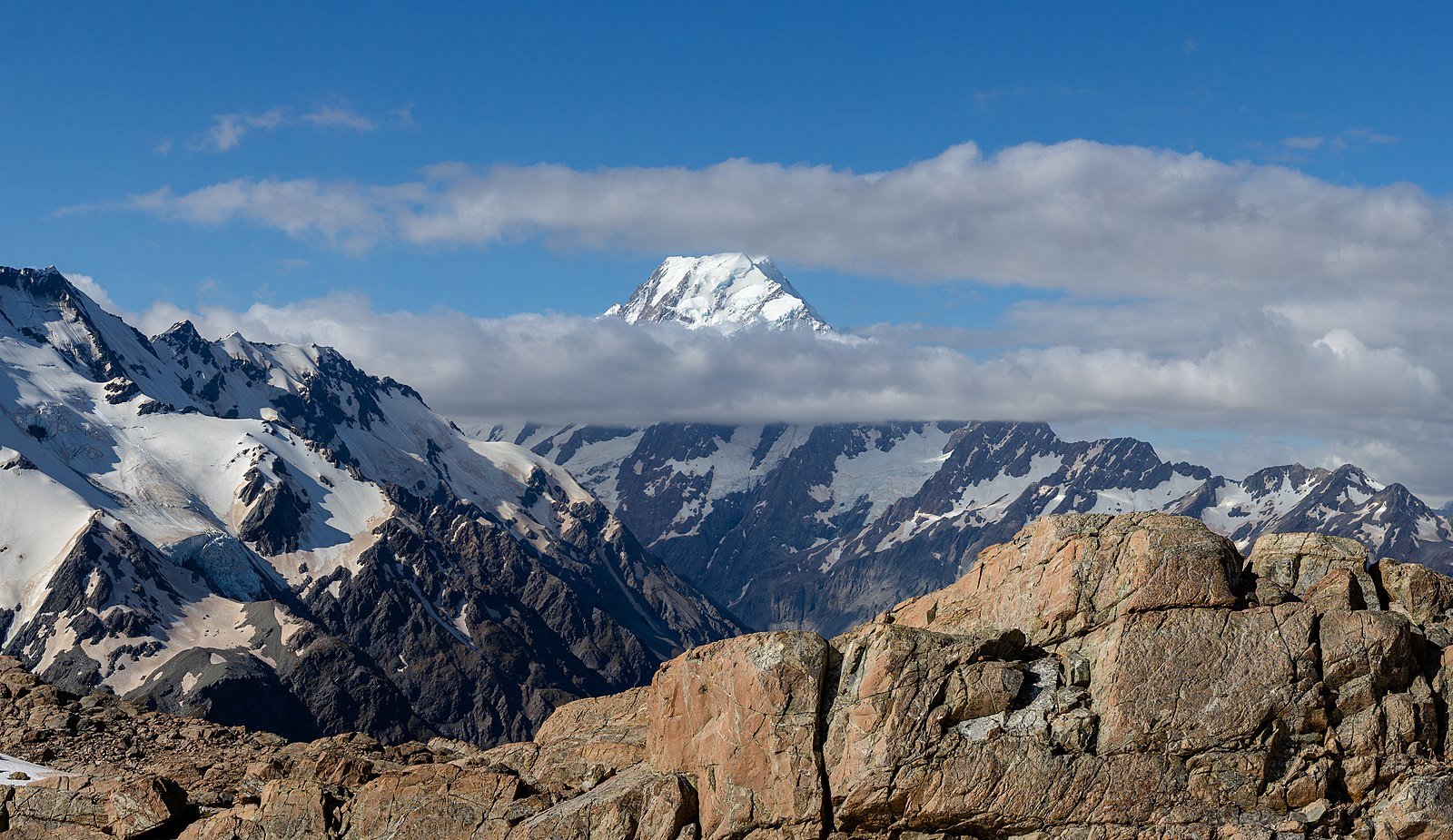 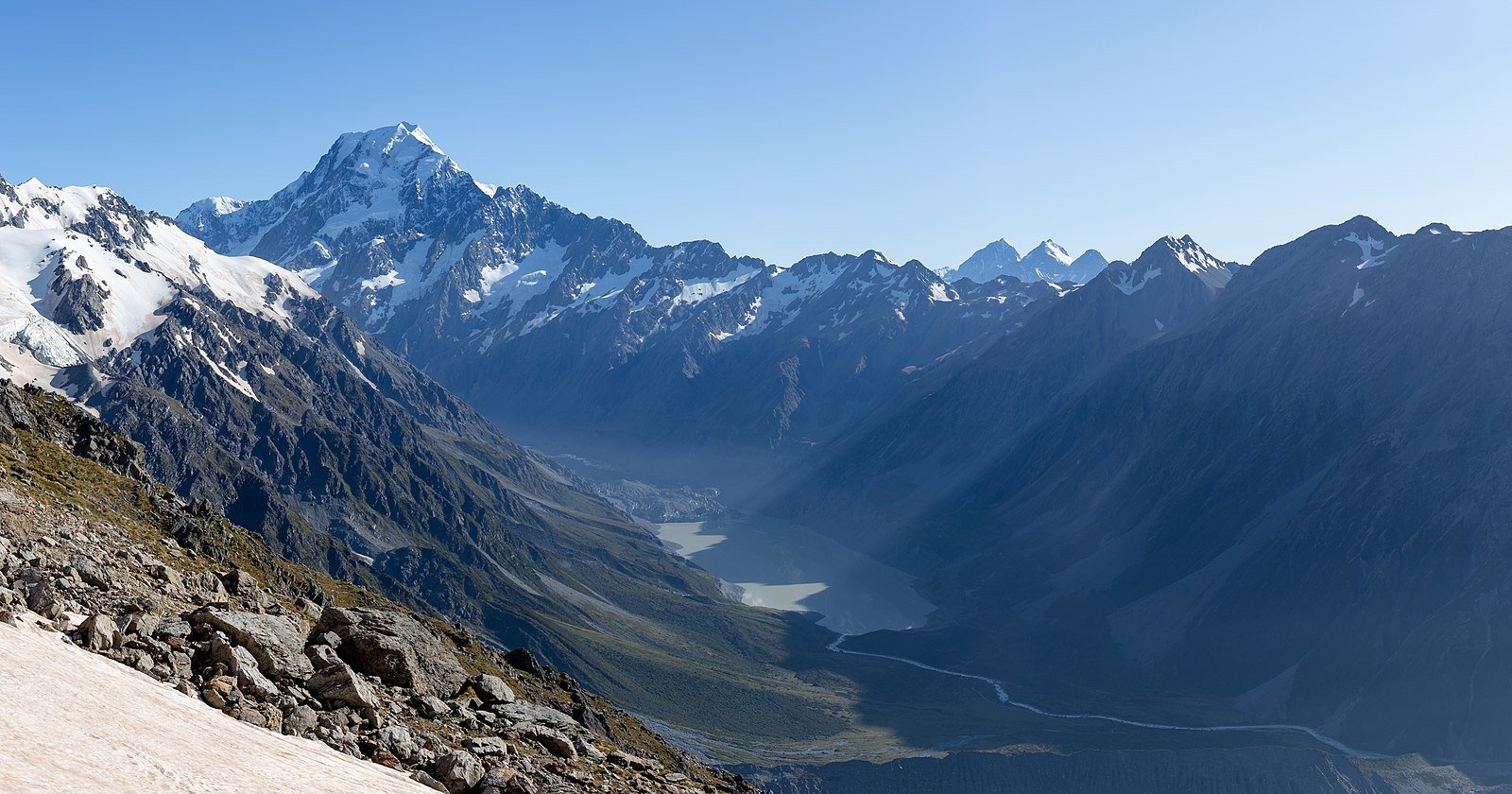 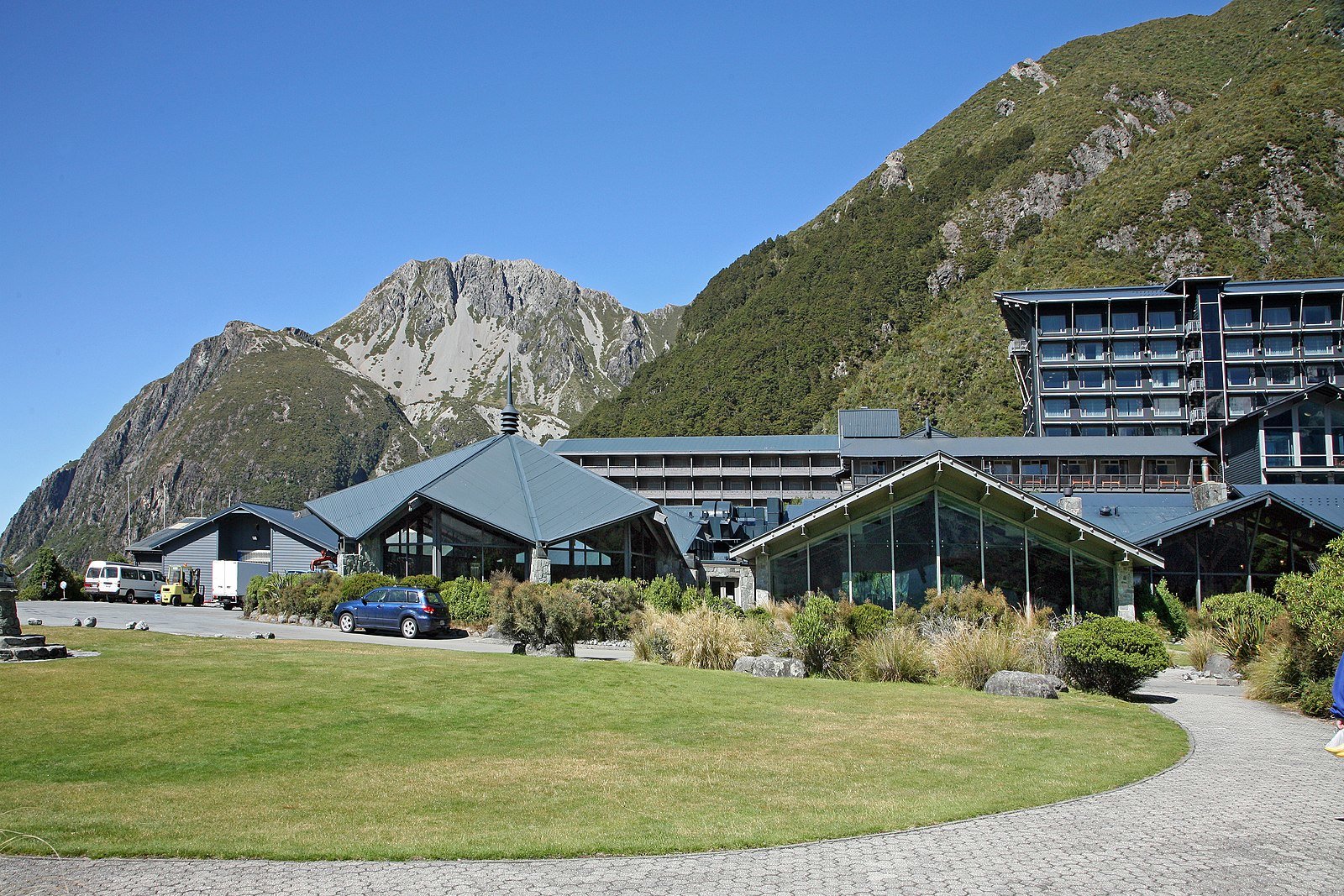 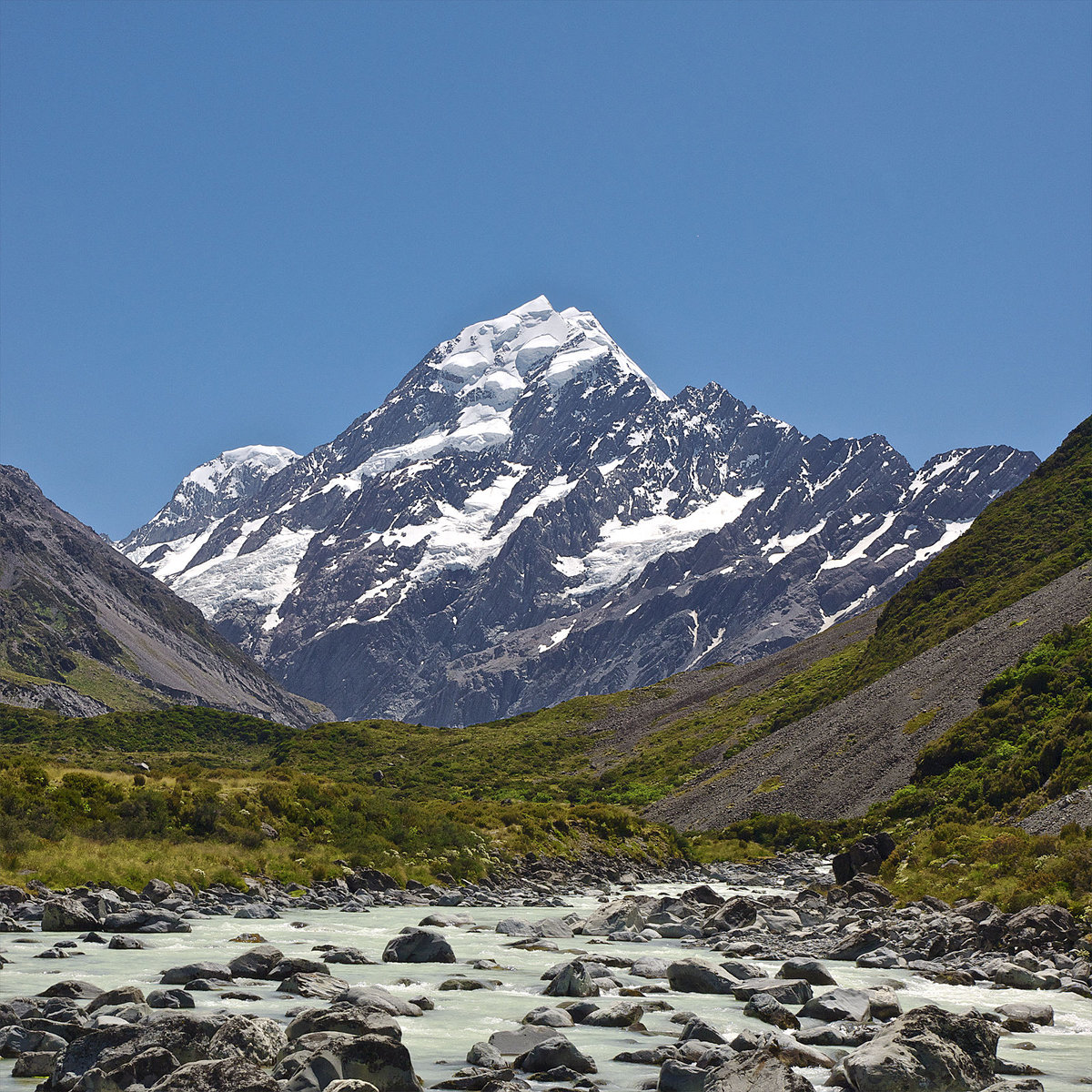