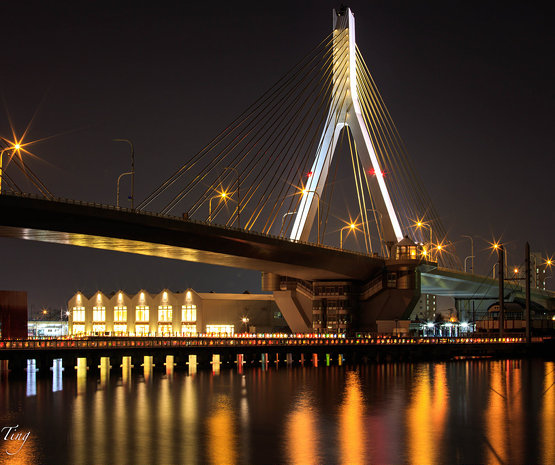 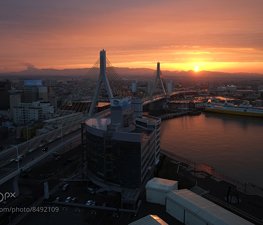 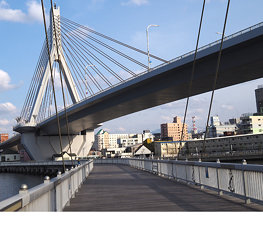 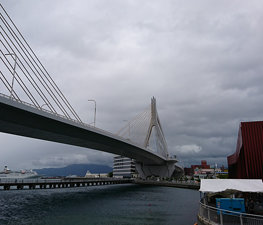 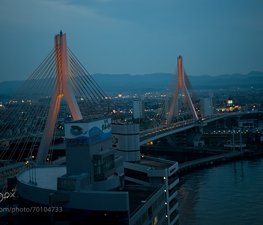 The Aomori Bay Bridge (青森ベイブリッジ, Aomori Bei Buridji) is a cable-stayed bridge in Aomori. It was constructed in order to alleviate cargo ship traffic. It is a famous part of Aomori City's scenery.

Extreme importance was placed on the outer appearance of the bridge and the total construction costs were approximately 27 billion yen (Hachinoe Oohashi Bridge's total construction cost was about 8.9 billion yen.) An example of the emphasis on the bridge's appearance is the emblazoning of an "A", the initial letter of "Aomori," at various places such as the base of the bridge. The nearby Aomori Prefecture Tourism Center “Asupamu” was built in a triangle shape so that it would look like the initial "A" of "Aomori." The bridge's main tower is made with high strength concrete.

The bridge eventually began to have issues with the road becoming covered in ice for long periods. To deal with this plans were made to install a sea-water pipe system into the road surface that would help melt the ice. However, due to budgetary and time restraints the pipe system was installed in only one section of the bridge and it is unknown at this time whether the original planned system will be expanded to the entire bridge. Even so, since the installation of the system the number of traffic accidents has drastically decreased.

The Aomori Museum of Art (青森県立美術館, Aomori Kenritsu Bijutsukan) i

is a Prefectural Natural Park in southwest Aomori Prefecture, Japan. 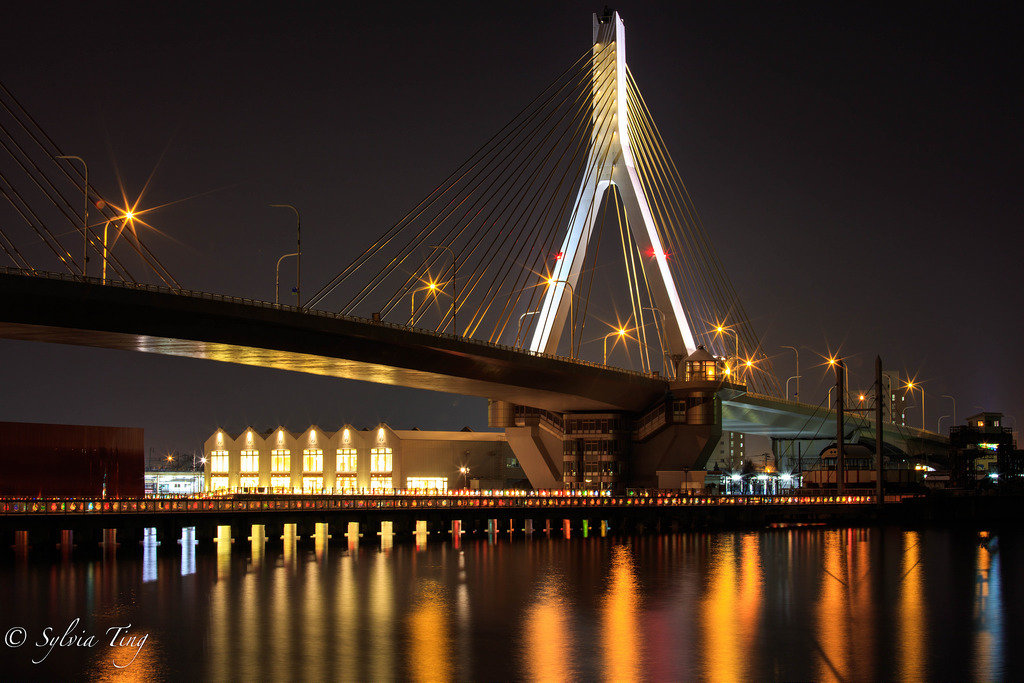 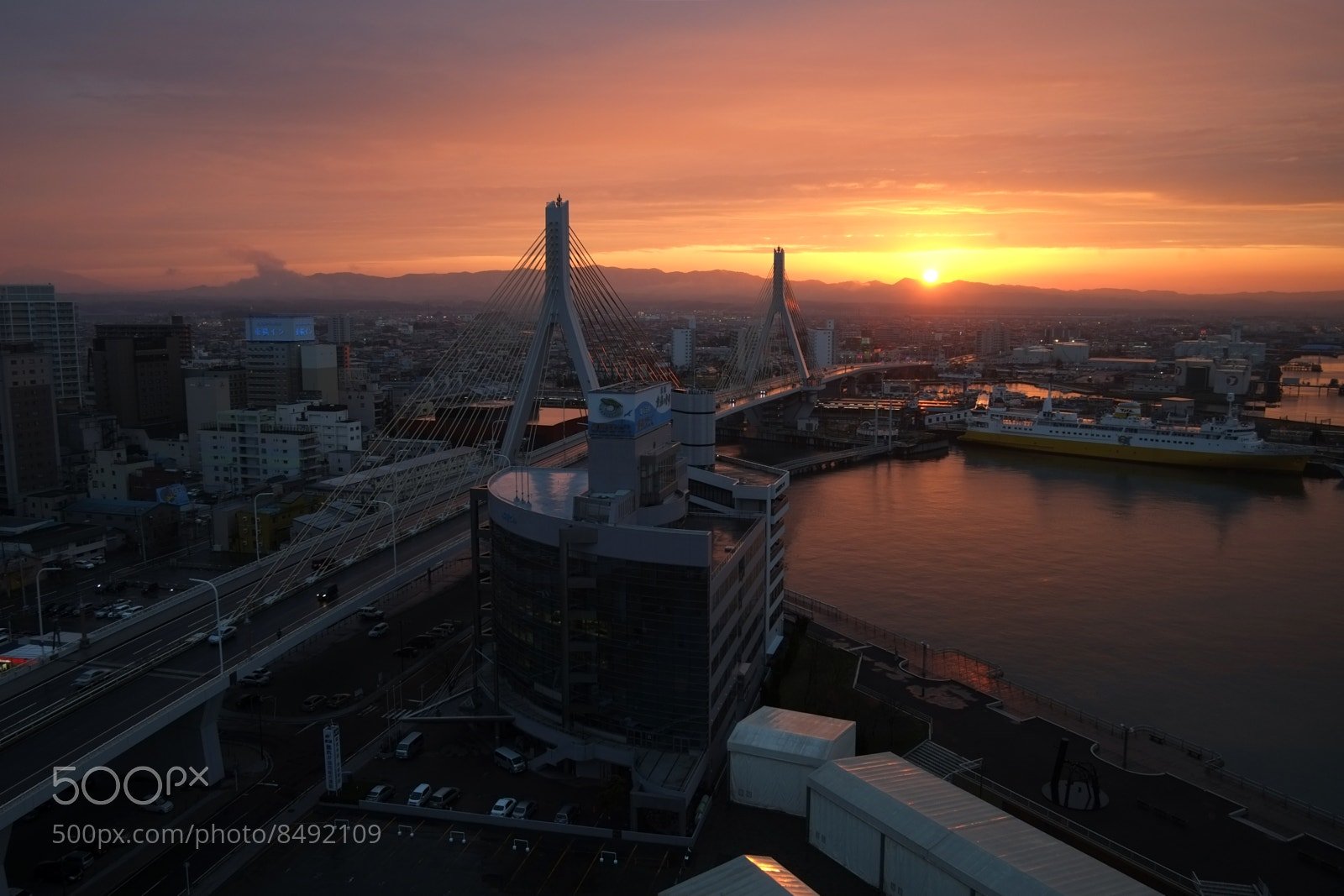 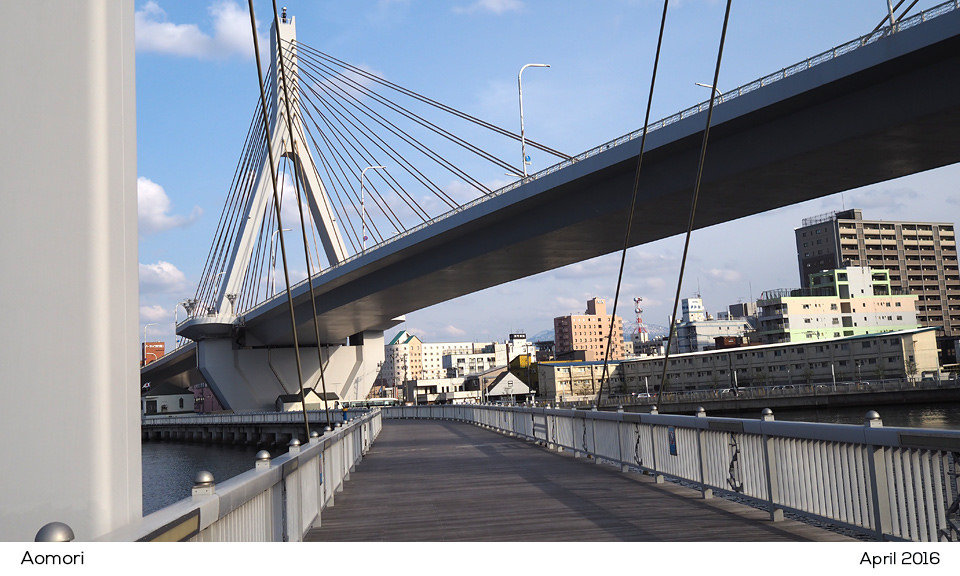 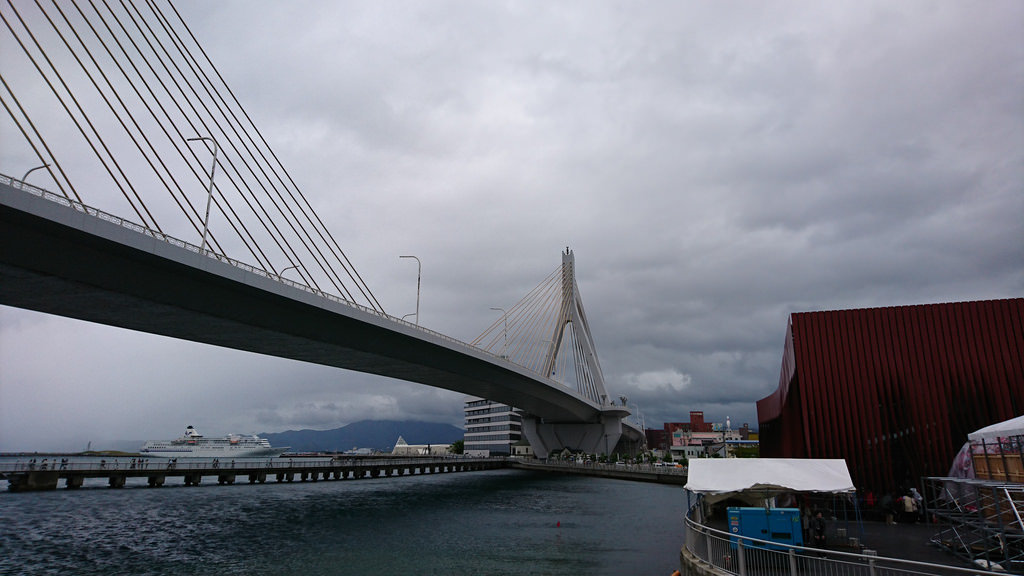 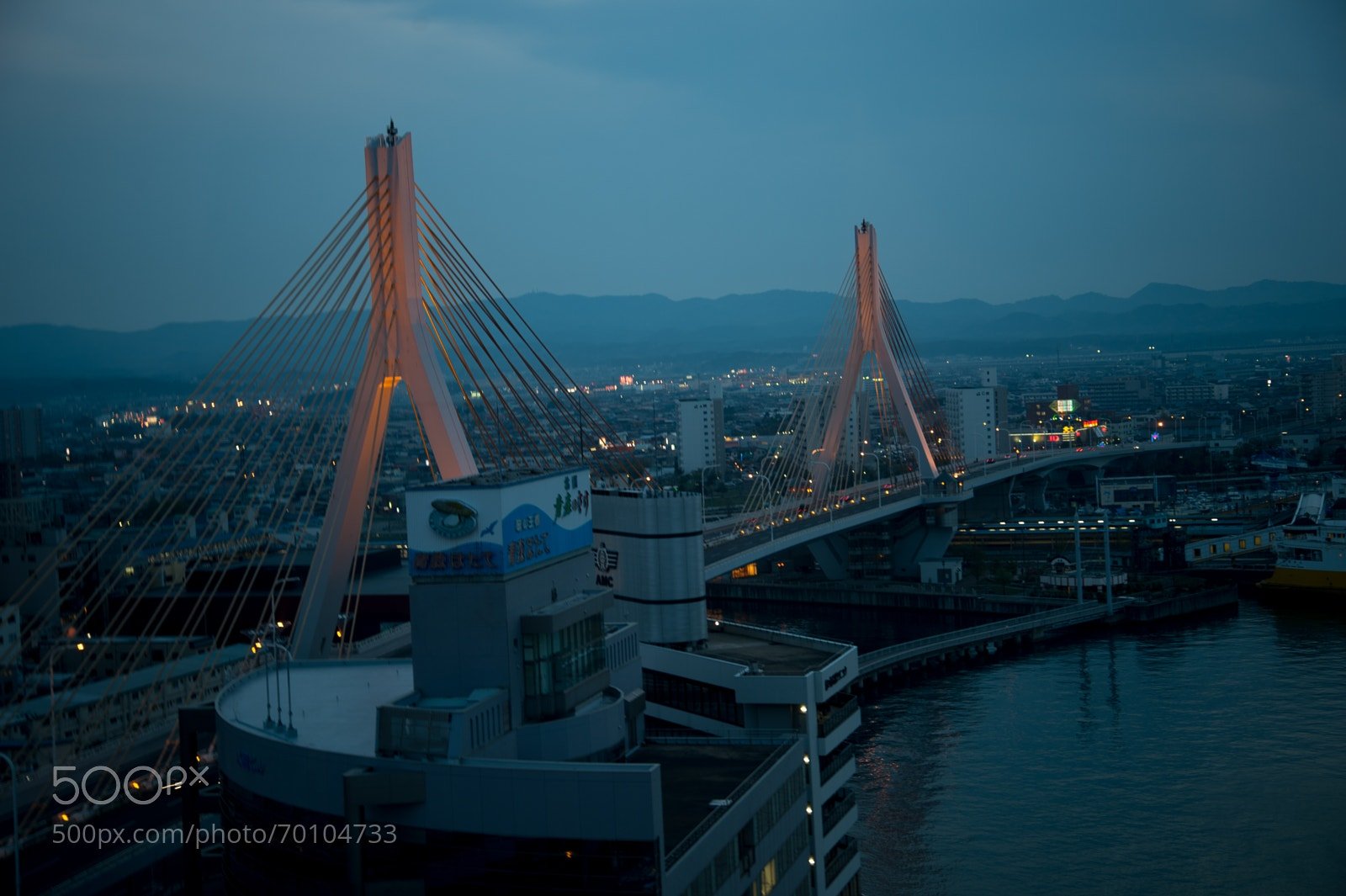 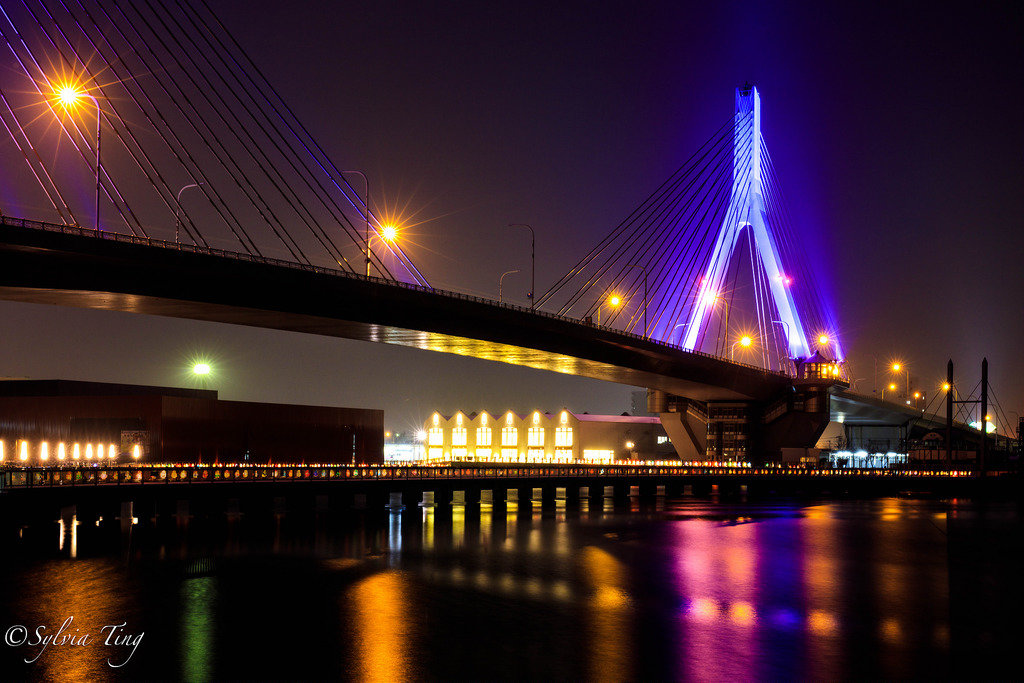 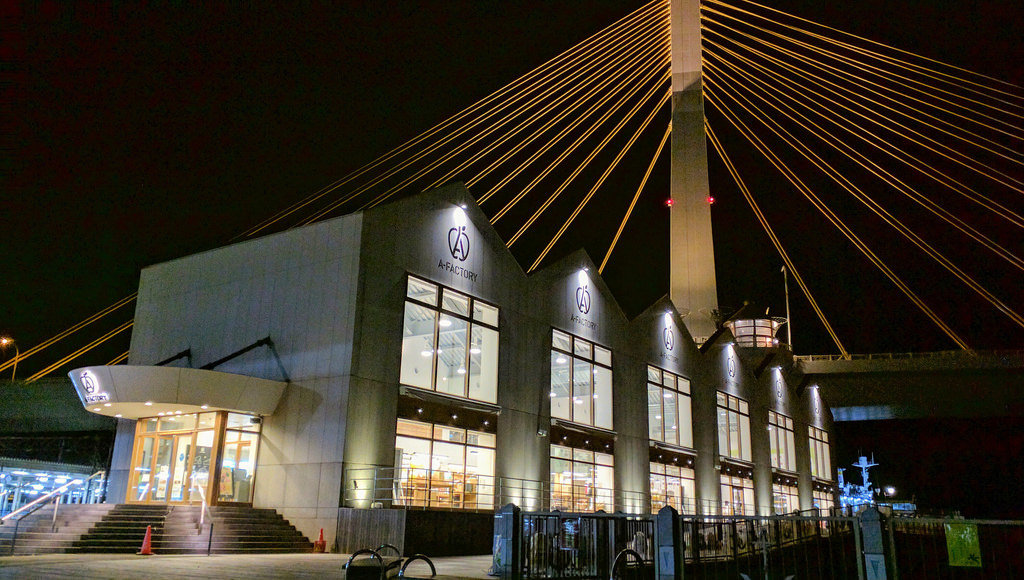 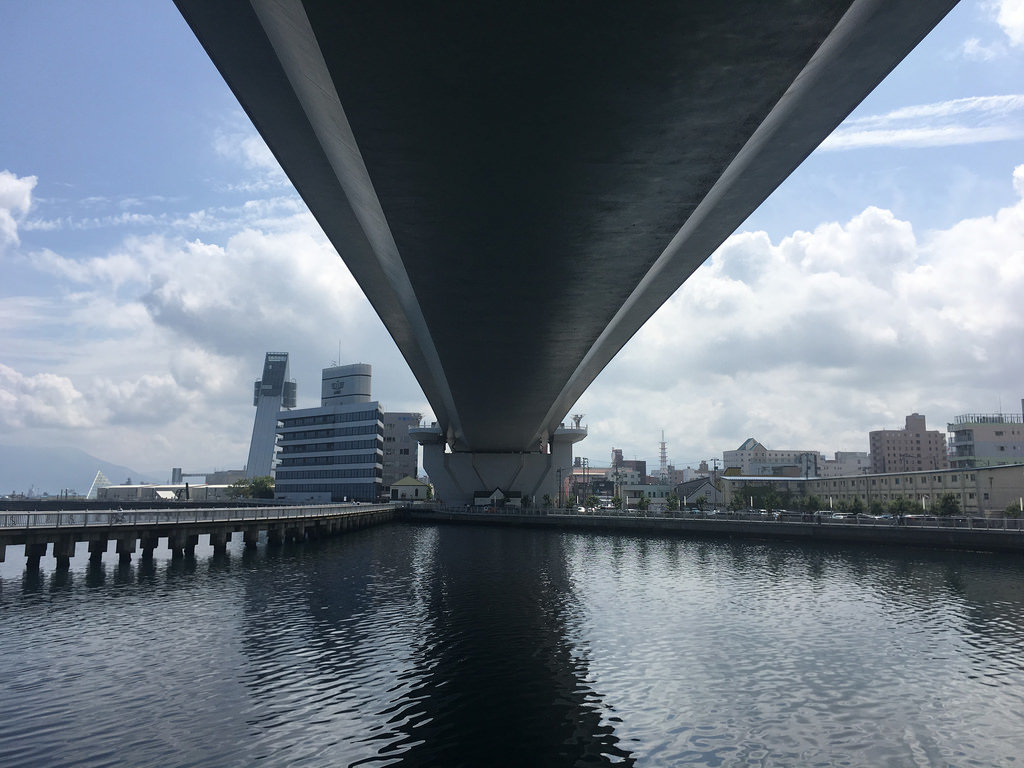 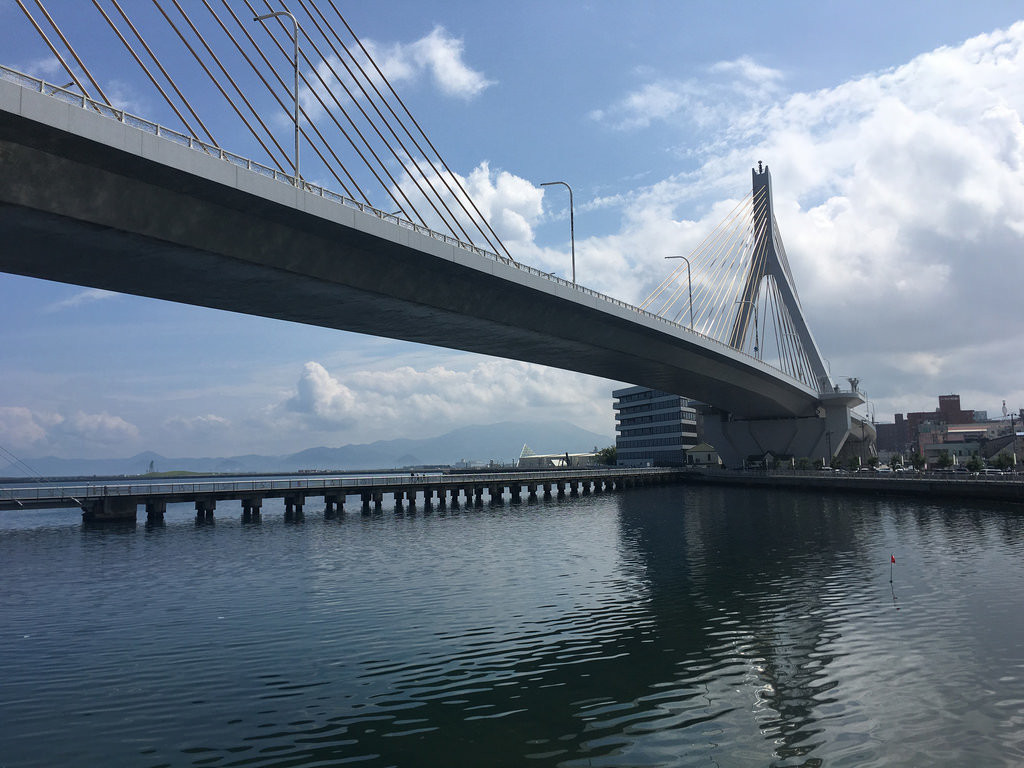 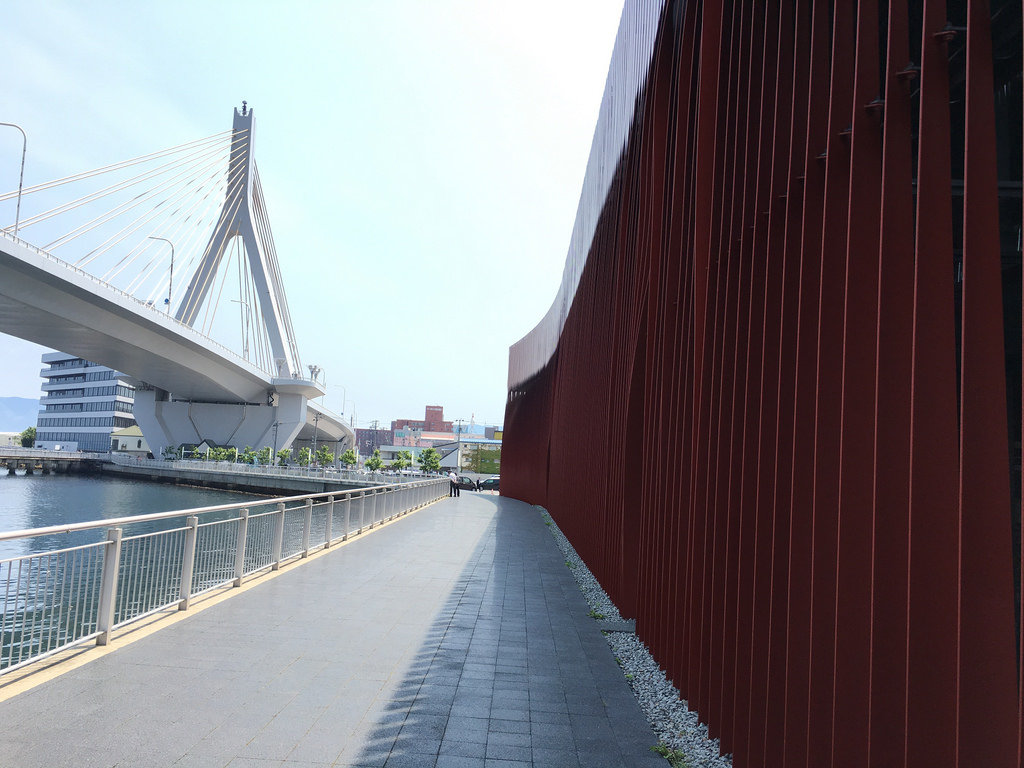 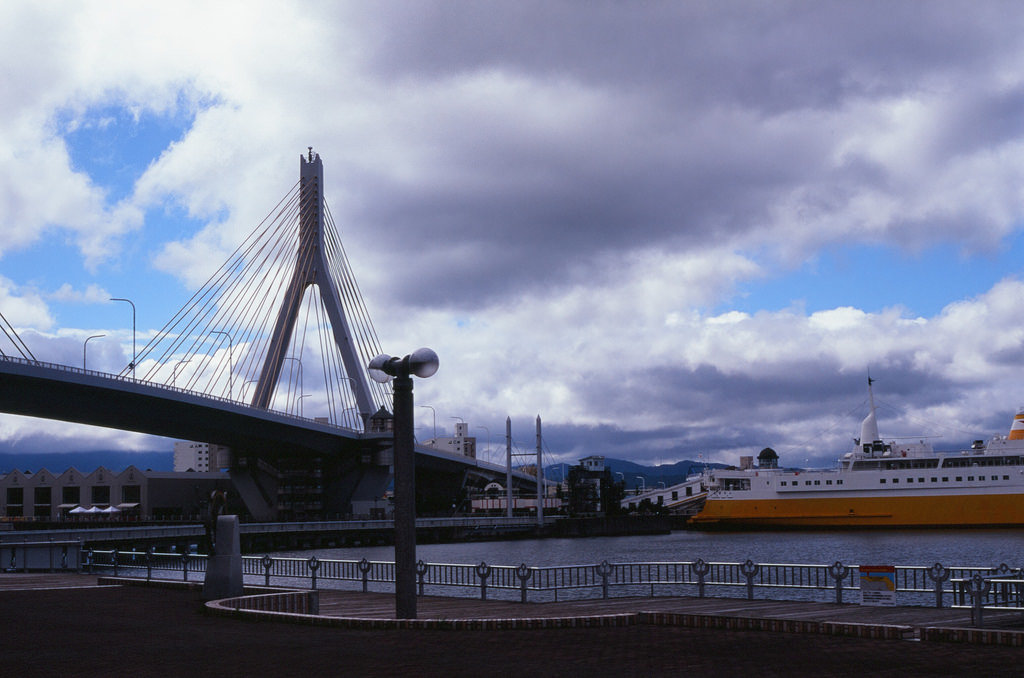 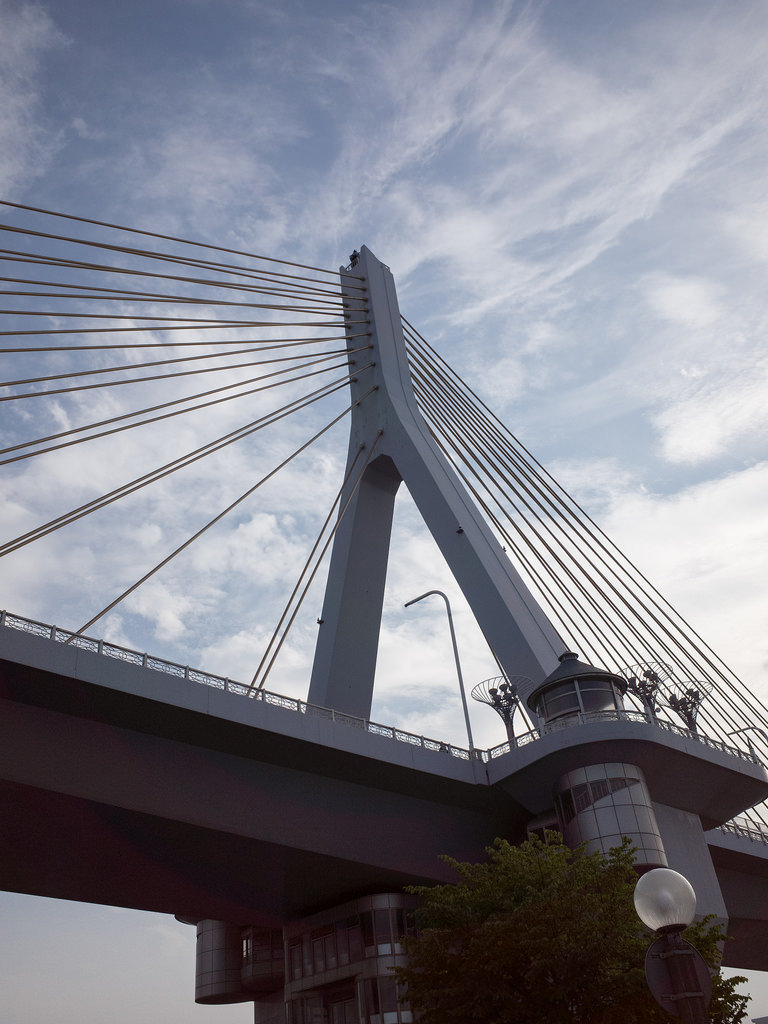 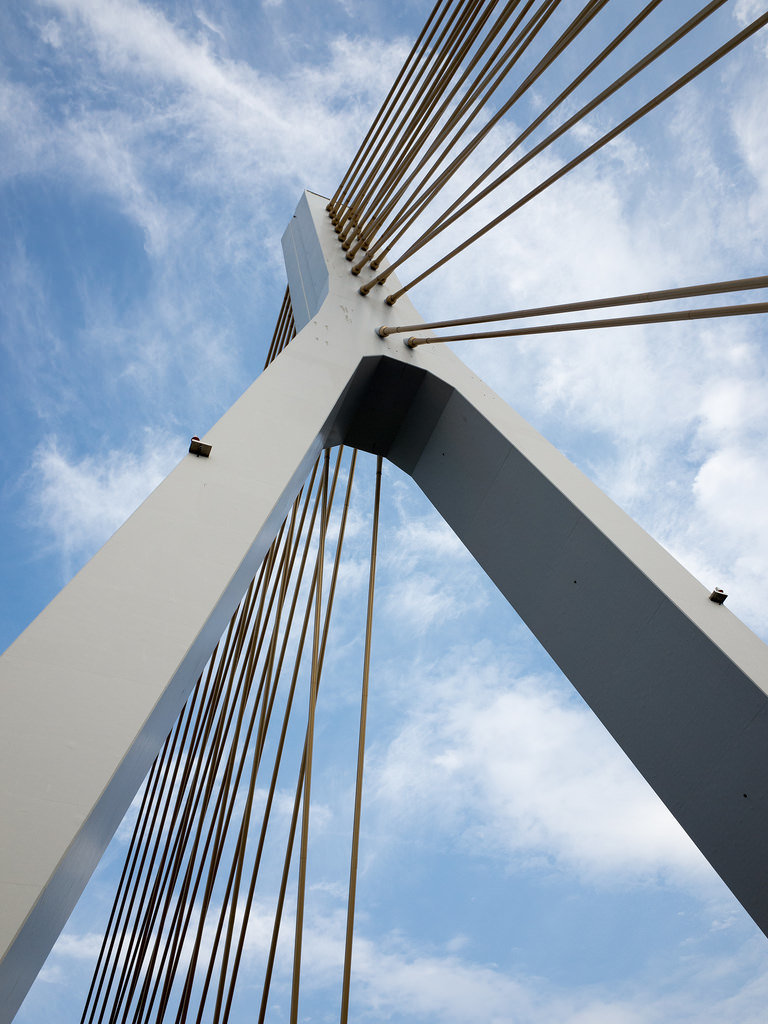 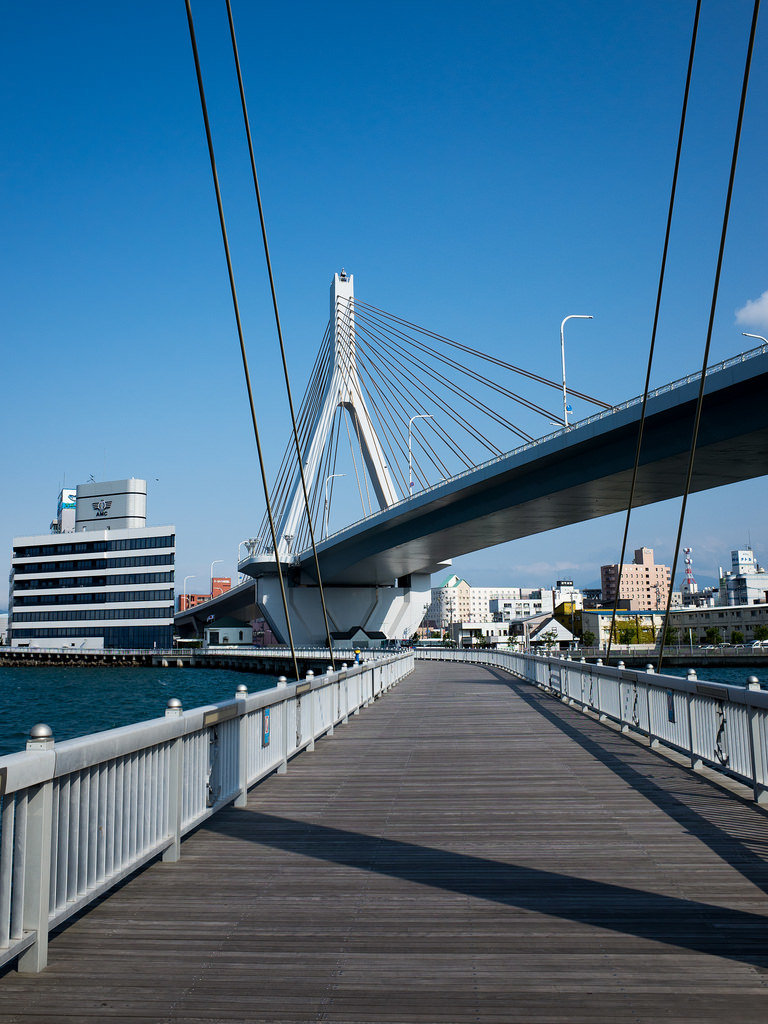 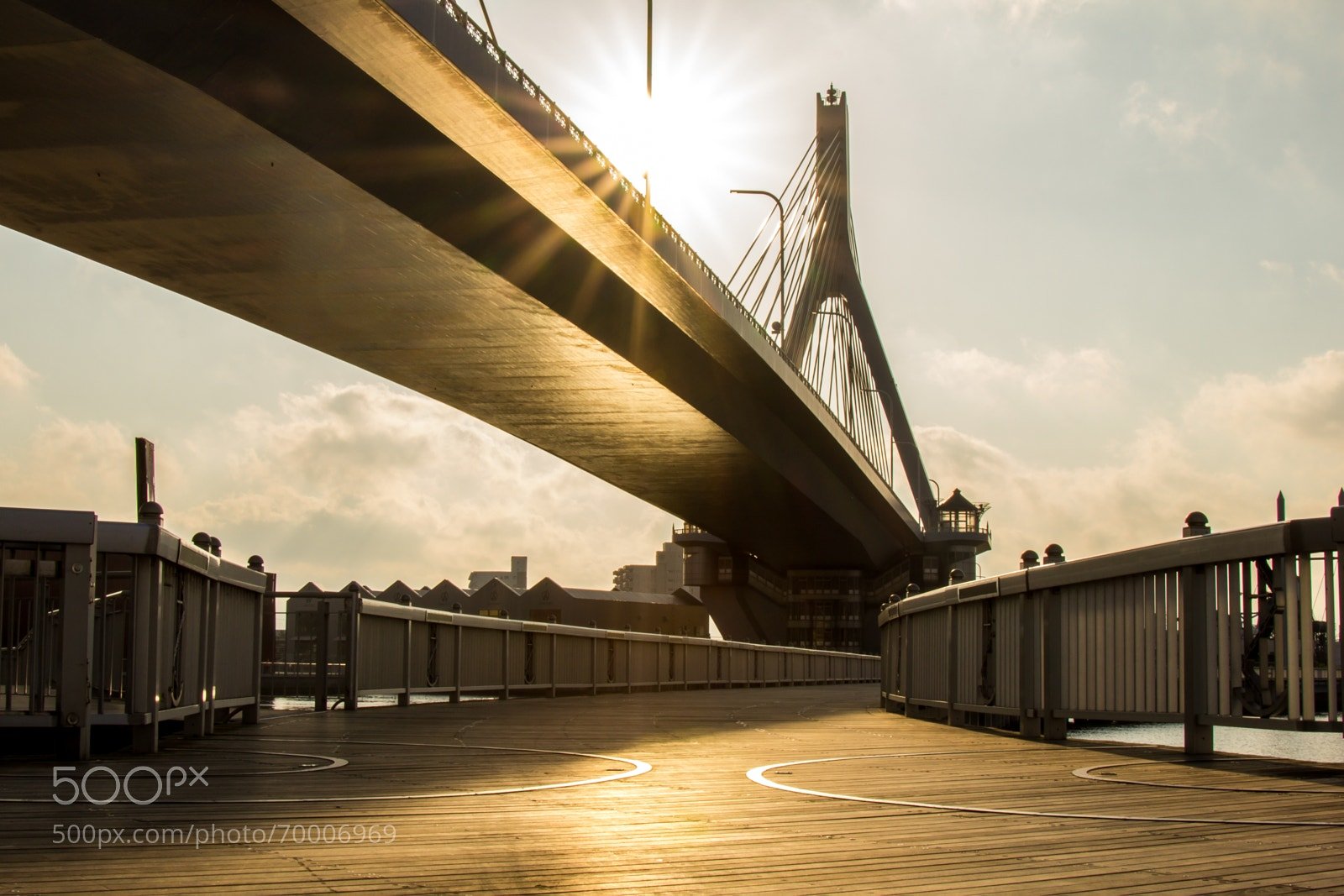 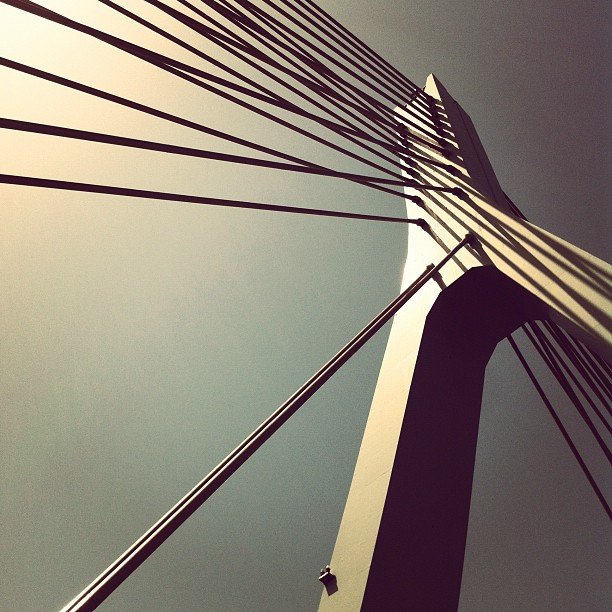