×
What are you looking for?
See all results
Lakes in Napila 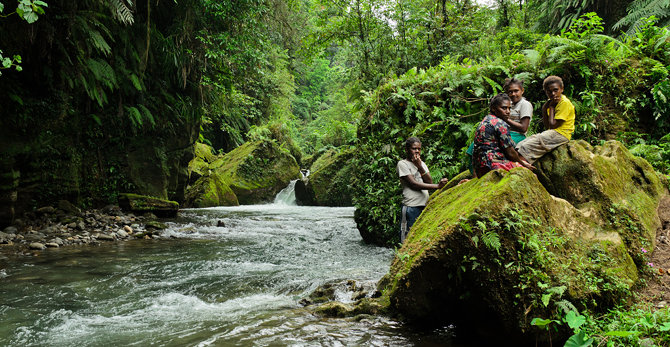 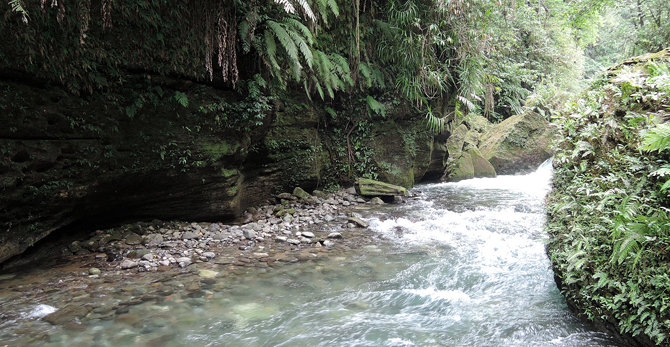 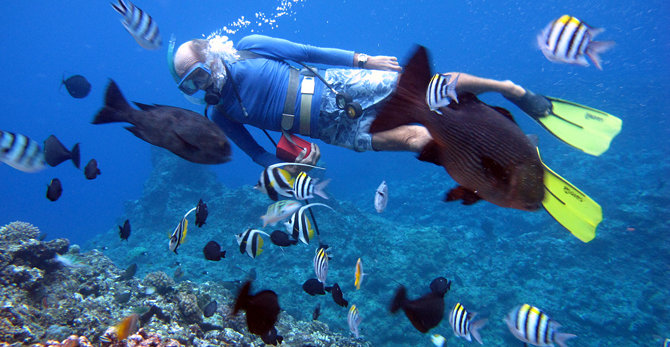 Rough, black basalt stones compose its shoreline and surface in many places, though the soils (where present) are rich. The island appears to be covered in nearly unbroken vegetation; inhabited areas feature large gardens and managed forests above, with coconut and cacao plantations usually closer to shore. There are no reliable sources of surface water (rivers, streams, or lakes), save the crater lakes which are inaccessible. Water for all human uses comes from cement-lined wells or water tanks filled with rainwater.

Ambae is physically characterized by the large volcano at its center, Manaro; indeed, the island is little more than the peak of a volcanic mountain rising dramatically from the sea. This volcano has no visible vents at its apex, only crater lakes. It is, nevertheless, active: a steam and ash eruption began on November 27, 2005, leading to a Level 2 volcano alert and preparations for evacuations. On December 8, the eruption became stronger, displacing around half of the island's roughly 10,000 inhabitants and requiring the evacuation of two hospitals. Preparations for a complete evacuation, should it become necessary, are completed, but it does not seem that a massive eruption is imminent. Map showing Ambae evacuation routes (PDF)

Manaro is widely regarded as one of the world's top ten 'most dangerous' volcanoes, in terms of potential for a catastrophic eruption. One theory has it that given a large eruption, the water in Manaro's crater lakes could become superheated steam and cause a massive phreatic explosion. The resulting landslides down the island's steep slopes could cause tsunamis within Vanuatu's northern archipelago.

The local economy is largely non-monetary, with cash crop income (from copra, cacao, and dried kava) being used primarily for school fees and sundry items like soap, salt, kerosene, etc. Most regular employment is in the public sector, as teachers. Remittances from employed relatives in the towns of Santo or Vila also contribute cash to the local economy.

Ambae is serviced by less than 100 telephone lines, mostly on the east side. It has two post offices and NBV bank branches, at Lolowai and Nduindui, regular interisland ship traffic, and several Vanair flights a week. Of the small-to-medium outer islands of Vanuatu (i.e., not Efate, Santo, Tanna or Malekula), Ambae must be considered one of the more 'developed.'

Traditional subsistence agriculture satisfies food needs, while most villagers engage in small-scale cash crop production as well. Often grown in large upland gardens (with good rainfall and safe from roving pigs), the primary crops are taro, banana, yam, and manioc. Kumala (sweet potatoes), vegetables, fruits and nuts help to provide an excellent diet, though protein is occasionally lacking. Without substantial reefs, seafood is less significant a protein source compared with other islands of Vanuatu and in any case is inaccessible to the large populations living at high inland elevations.

The population is Melanesian, though (anecdotally) ancient Polynesian admixtures have given Man-Ambae lighter complexions and Polynesian languages. Religiously Ambae is exclusively Christian, split into many denominations. These can be characterized in three stages: the original colonial-missionary churches (Anglican, Catholic), the second-stage, often American-origin evangelican denominations (Apostolic, Church of Christ, Assemblies of God), and the newer, less orthodox, fusion/'unity' sects. This last category includes many grass-roots groups originating within Vanuatu. Missionary activity from outside (as in all Vanuatu) continues, especially from Mormons, who have a growing following on West & North Ambae.

Ambae may have been an inspiration for James Michener's "Bali-Ha'i" in the famous novel Tales of the South Pacific. Much of this novel is set in Luganville, Santo island, which was built by the US military as a rear-echelon base during World War II. Michener, a US Navy officer, was actually stationed there for some time during the war and supposedly looked out to the east from Luganville, where he caught the fleeting glimpse of a cloud-topped, volcano-peaked island. This was, of course, Ambae, which on a clear day can be viewed this way from Luganville – in fact quite a romantic sight. However, in Michener's novel there are two islands, Bali-hai and Vanicoro, the former being slightly behind and hidden by the latter. Bali-hai was a lush tropical paradise where the French and Tonkinese women took refuge from the rascally American troops stationed on Santo; Vanicoro was a dark, volcanic island of savages. Today, the people of Ambae are a wonderful lot and were hardly cannibals in the 1940s, but judging from Michener's fictionalized description, Ambae seems more an inspiration for Vanicoro than for Bali-hai. The name "Bali Ha'i", however, came from another island altogether, according to Michener (in either The World is my Home, his memoir, or Literary Reflections). He came upon the name first, made note of it, and then used it for Tales of the South Pacific.

This is clear from a reading of the novel, but among the people of Ambae itself this link with the famous American book (and movie, show, etc.) has taken on the status of muddled legend. People are largely unaware of the book or film but are aware that visiting Westerners confer some kind of distinction upon their otherwise tiny and unknown island.

Complicating the matter is the fact that the words balai-hai mean "one of a pair" in the Ambae language. This makes sense considering the mythical island's role in Michener's book, since Balai-hai was a beautiful, hidden counterpoint to Vanicoro – one of a pair. Does this mean that Michener learned a little Ambae language from someone on Santo? There were many man-Ambae in Santo working for the Americans, and there is no evidence that Michener ever visited the decidedly un-Balai-hai-like Amabae island himself. Furthermore, the whole confused legend has spawned some kastom stories on Ambae about a pair of brothers, one of whom was captured and held by the Americans, the other went to live on the volcano's peak, thus living as 'Bali-hai', etc.

It is obvious that Ambae was significant to Michener's creative process; clarifying the extent of this, however, remains a work in progress.

Tips & Hints
Arrange By:
Popular first New first
There are no tips nor hints for Aoba Island yet. Maybe be you will be the first one to post useful information for fellow travellers? :)

Moyyan House by the Sea

Located on the isolated west coast of Espiritu Santo, Mount

Lopevi (or Lopévi) is an uninhabited island in Malampa Province,

Mota Lava or Motalava (coordinates ) is the fourth largest island in 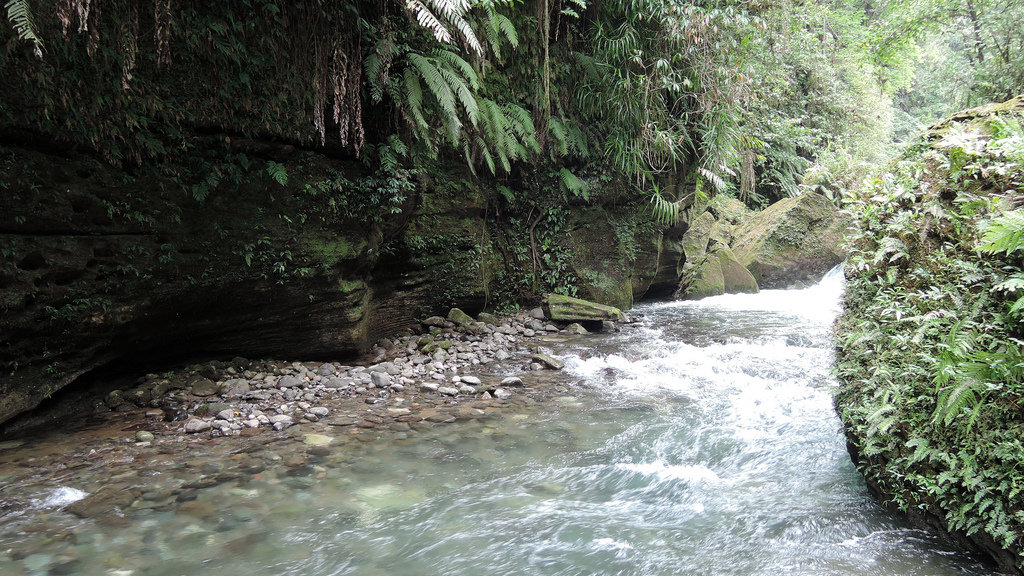 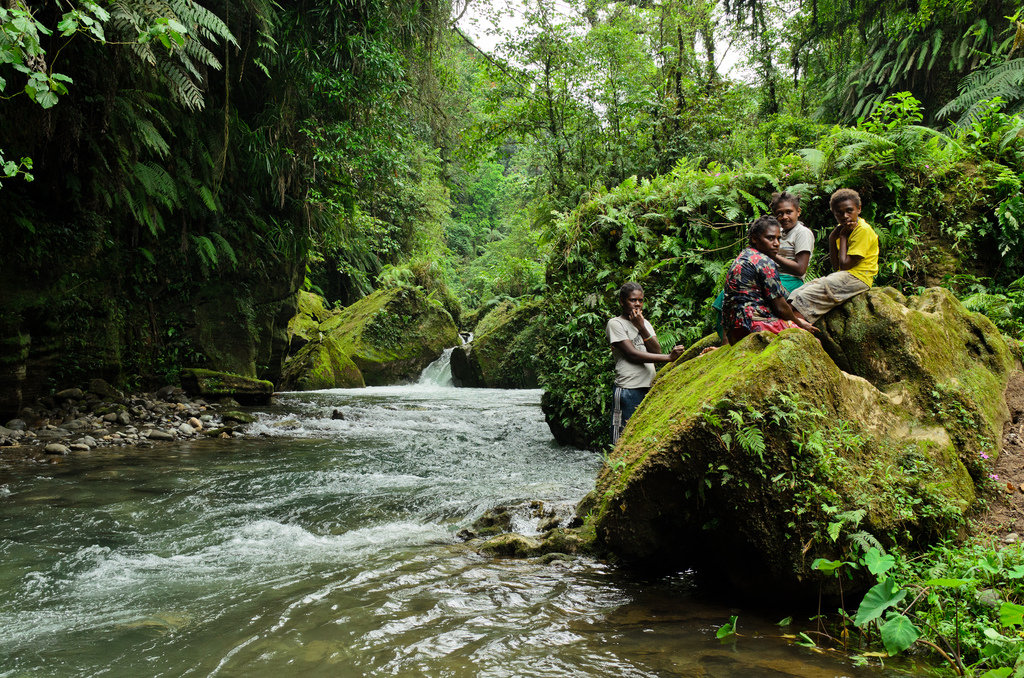 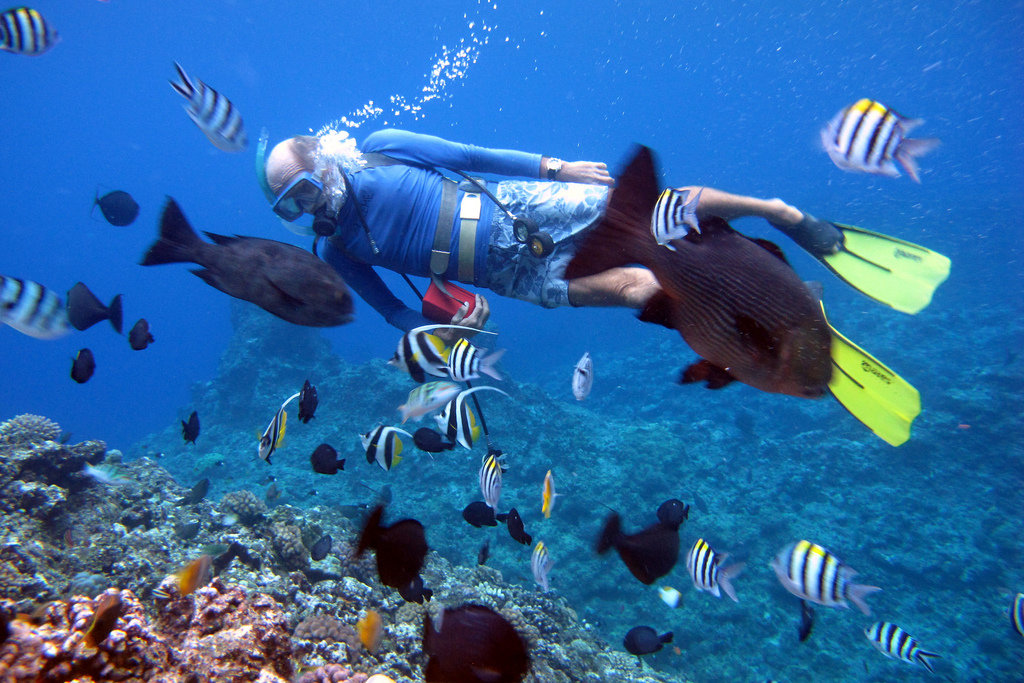 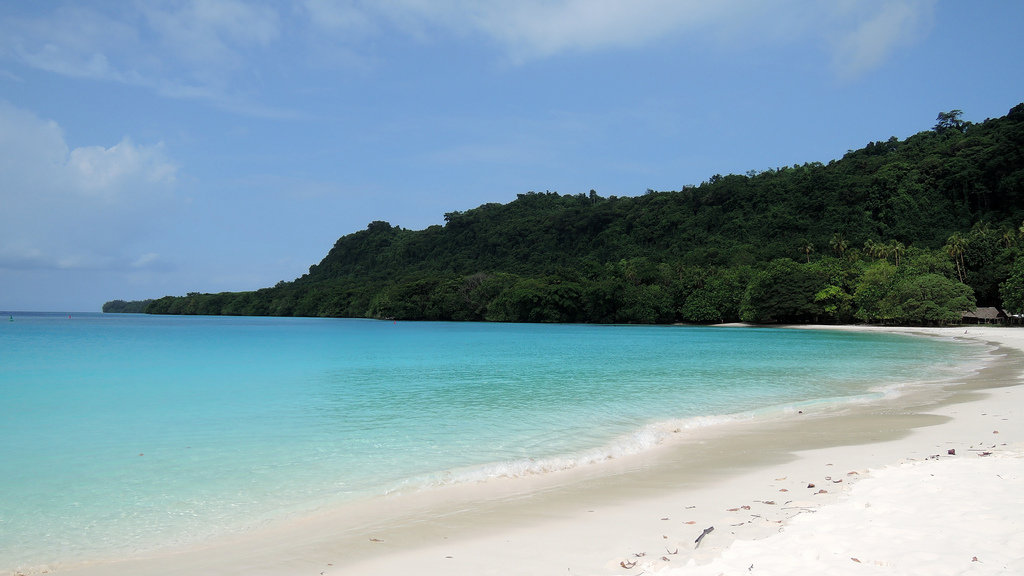 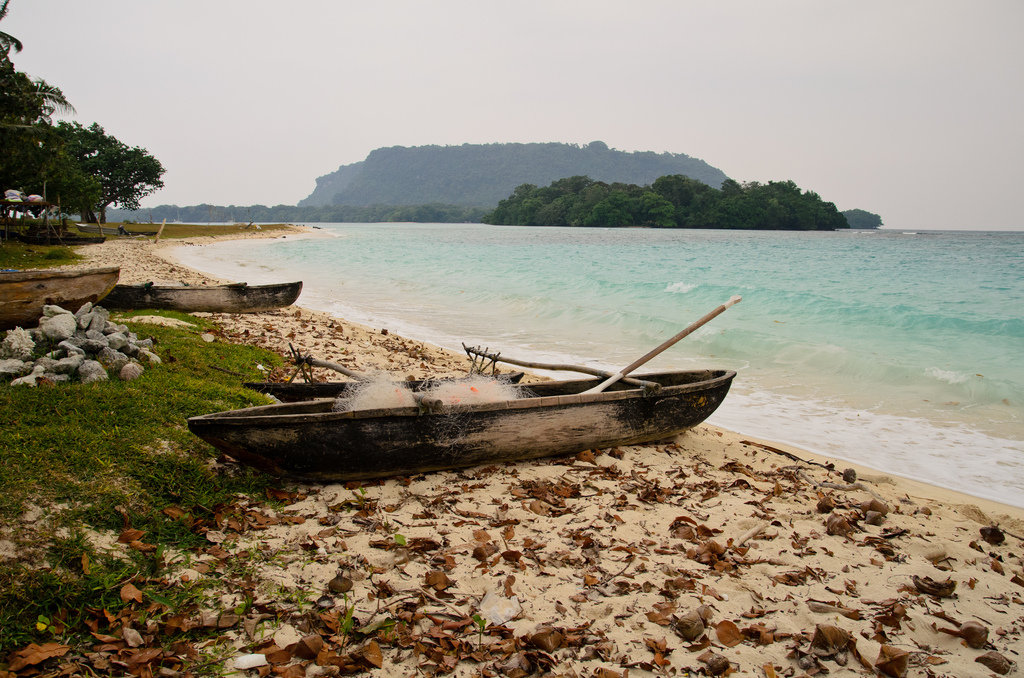 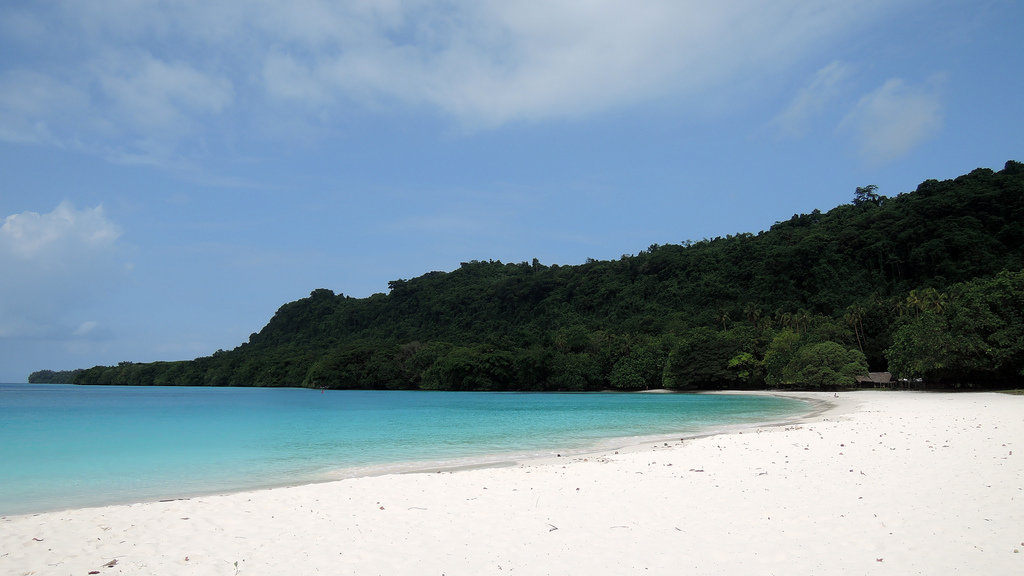 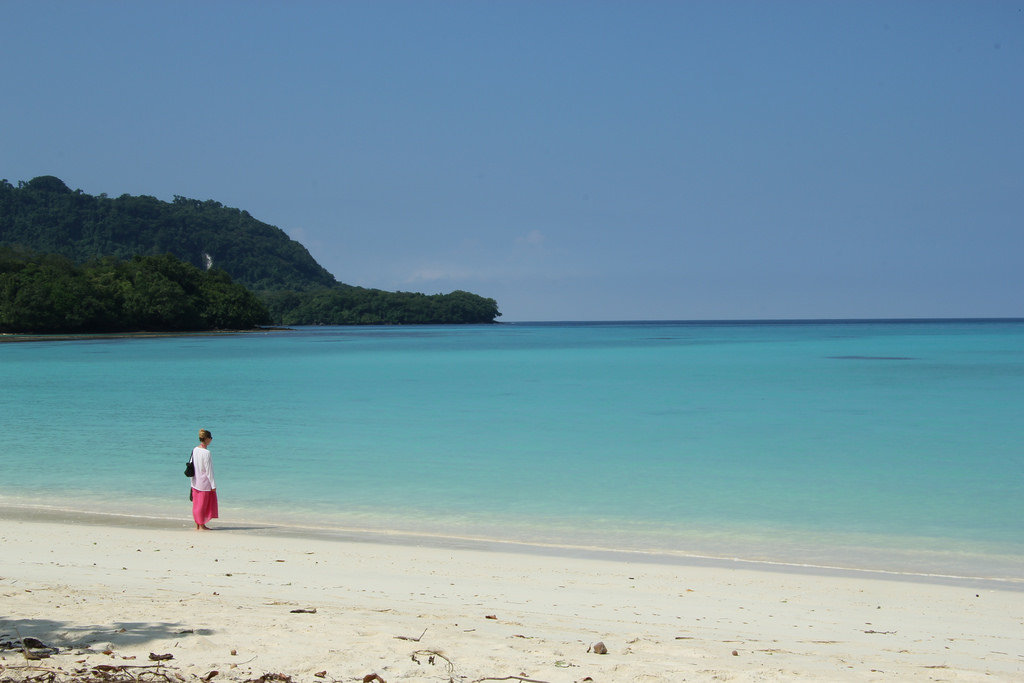 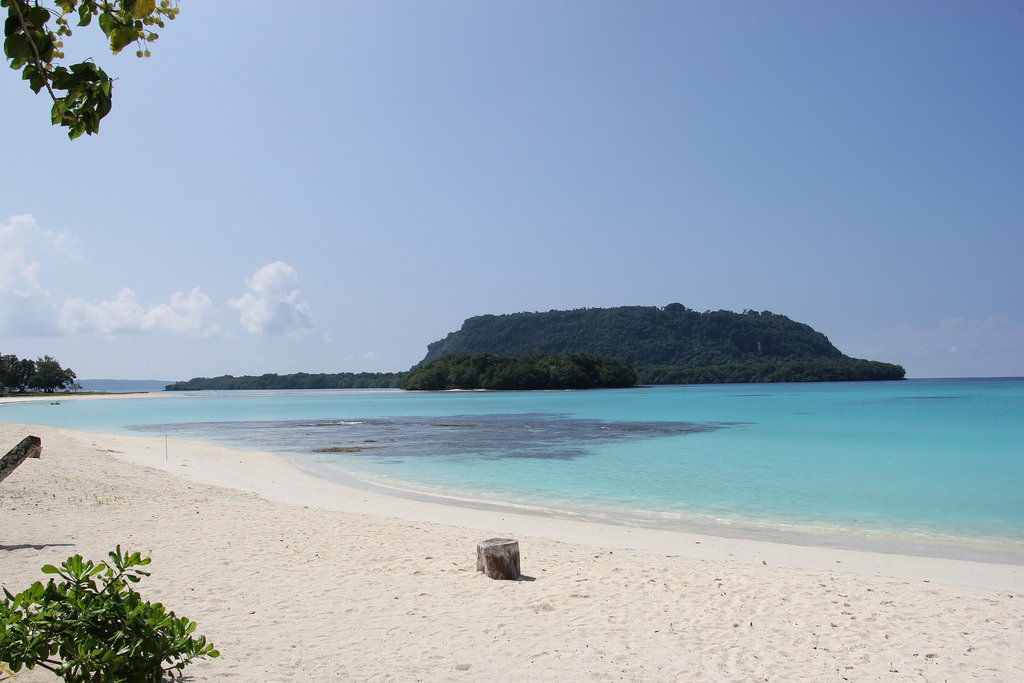 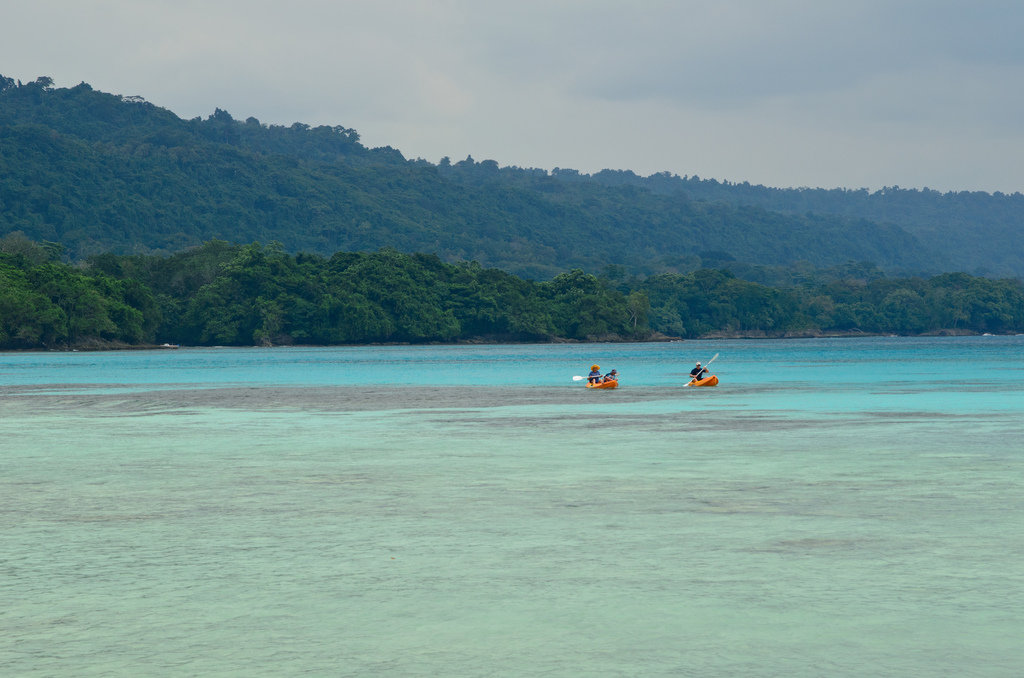 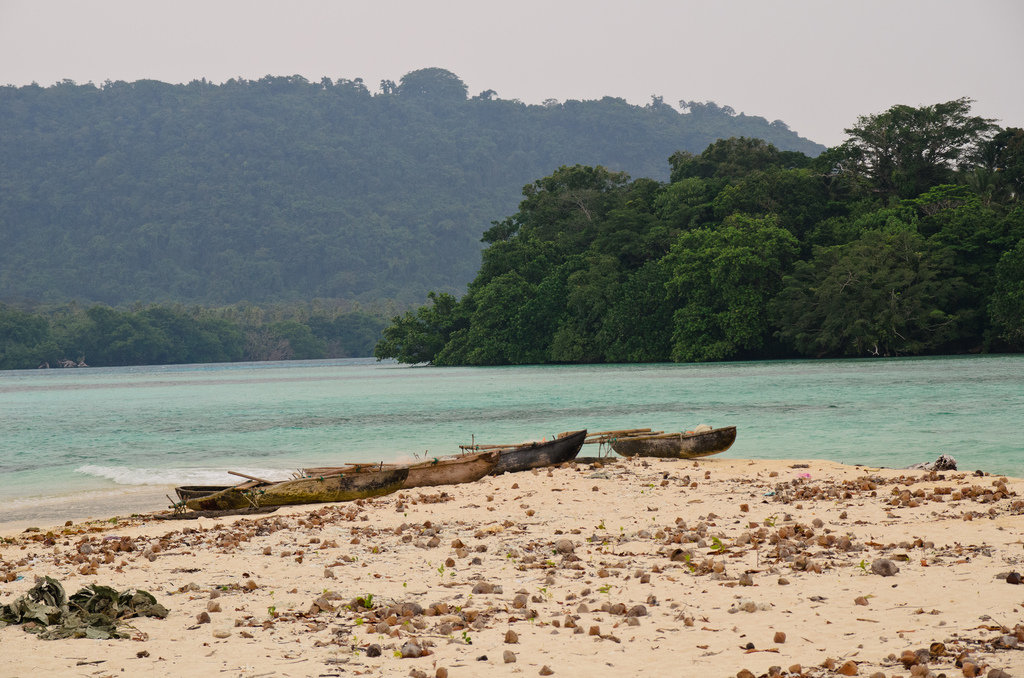