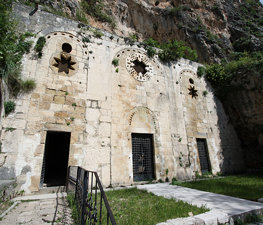 Antakya (العربية. انطاكية, Anṭākyä; Ελληνικά. Ἀντιόχεια, Antiókheia or Antiócheia) is the seat of the Hatay Province in southern Turkey, near the border with Syria. In ancient times the city was known as Antioch and has historical significance for Christianity, being the place where the followers of Jesus Christ were called Christians for the very first time. The city and its massive walls also played an important role during the Crusades.

Antakya is located on the banks of the Orontes River (Türkçe. Asi Nehri), approximately Шаблон:Convert inland from the Mediterranean coast. It enjoys a Mediterranean climate with hot and dry summers, and mild and wet winters; however due to its higher altitude, Antakya has slightly cooler temperatures than the coast. The city is in a valley surrounded by mountains, the Nur Mountains to the north and Mount Keldağ (Jebel Akra to the south, with the 440 m high Mount Habib Neccar (ancient Silpius) forming its eastern limits. The mountains are a source of a green marble. Antakya is at the northern edge of the Dead Sea Rift and vulnerable to earthquakes.

The plain of Amik to the north-east of the city is fertile soil watered by the Orontes, the Karasu River and the Afrin River, the lake in the plain was drained in 1980 by a French company. At the same time channels were built to widen the Orontes River and let it pass neatly through the city centre. The Orontes is joined in Antakya by the Hacı Kürüş stream to the north-east of the city near the church of St Peter, and the Hamşen which runs down from Habib-i Neccar to the south-west, under Memekli Bridge near the army barracks. Flora includes the bay trees and myrtle.

The city of Antakya today

Mount Habib Neccar and the city walls which climb the hillsides symbolise Antakya, making the city a formidable fortress built on a series of hills running north-east to south-west. Antakya was originally centred on the eastern bank of the river but since the 19th century the city has expanded with new neighbourhoods built on the plains across the river to the south-west, and there are four bridges across the river linking the old and new cities. However, as in so much of Turkey, the buildings of the last two decades are all concrete blocks, and Antakya has lost much of its classic beauty. The narrow streets of the old city can be clogged with traffic.

Although the port of Iskenderun has become the largest city in Hatay, Antakya is a provincial capital still of considerable importance as the centre of a large district, growing in wealth and productiveness with the draining of Lake Amik. The town is a lively shopping and business centre with many restaurants, cinemas and other amenities, centred on a large park opposite the governor's building and the central avenue Kurtuluş Caddesı. The tea gardens, cafes and restaurants in the neighbourhood of Harbiye are one of the city's most popular spots, particularly for the variety of meze in the restaurants. The Orontes River is rather smelly when water is low in summer. Although the people are generally modern in outlook, there is little in the way of wild night life. In the summer heat people will stay outside until late in the night walking with their families and friends and munching on snacks.

Being so near the Syrian border Antakya is a cosmopolitan city unlike most of the cities in Turkey today, and it has not experienced the 1980s and 1990s mass immigration of people from eastern Anatolia that has radically swelled the populations of other Mediterranean cities such as Adana and Mersin. As a result both Turkish and Arabic are still widely spoken in Antakya although written Arabic is rarely used. A mixed community of faiths and demoninations co-exist peacefully here; although almost all the inhabitants are Muslim a substantial proportion adhere to the Alevi and the Arab Nusayri traditions, in 'Harbiye' there is a place to honour the Nusayri saint Hızır. There are a number of tombs of Muslim saints, both Sunni and Alevi, throughout the city. There are also still small active Christian communities in the city, the largest church being St Peter and St Paul on Hurriyet Caddesi. With its long history of spiritual and religious movements Antakya is still a place of pilgrimage for Christians and Muslims and furthermore still carries a reputation in Turkey as a centre of spells, fortune telling, miracles and spirits.

Local crafts include a soap scented with oil of bay tree.

The cuisine of Antakya is renowned. Popular dishes include the typical Turkish kebab, served in Antakya with spices and onions in flat unleavened bread, or with yoghurt as ali nazik kebab. Hot spicy food is a feature of this part of Turkey, along with Turkish coffee and local specialities including:

Шаблон:Main Antioch history dates back to the Calcolithic era (6th millennium BC), as revealed by excavations of the mound of Tell-Açana among others.

Subsequent rulers of the area include Alexander the Great, who after defeating the Persians in 333 BC followed the Orontes south into Syria. The city of Antioch was founded in 300 BC, after the death of Alexander, by the Seleucid King Antiochus Soter, and went on to play an important part in the history as one of the largest cities in the Roman Empire and Byzantium, a key location of the early years of Christianity, the Antiochian Orthodox Church, the rise of Islam and The Crusades.

In 1822 (and again in 1872), Antakya was hit by an earthquake; when Ottoman general Ibrahim Pasha established his headquarters in the city in 1835, it had only some 5,000 inhabitants. It was hoped that the city might develop thanks to the Euphrates valley railway, which was supposed to link it to the port of Suedia (now Samandağı). But such plans were doomed to come to naught. Instead, the city was struck by repeated outbreaks of cholera.

Later the city did nevertheless develop and rapidly resumed much of its old importance when a railway was built along the lower Orontes valley.

The Republic of Hatay and modern Turkey

See Hatay Province for the history of the region during the demise of the Ottoman Empire, the short-lived Republic of Hatay (in 1938), and the areas incorporation into the Republic of Turkey in 1939.

Aqueduct NW of Antioch on the Orontes (Antakya) — APAAME @ Flickr

With its remarkable history there is much for visitors to see in Antakya, although much has doubtless been lost in the rapid growth of the city in recent decades.

With its rich architectural heritage, Antakya is a member of the Norwich-based European Association of Historic Towns and Regions [1]. Sadly the Roman bridge (thought to date from the era of Diocletian was destroyed in 1972 during the widening and channelling of the Orontes.Шаблон:Fact

yabancı .
"Peace at home , peace in the world"..Kemal Atatürk 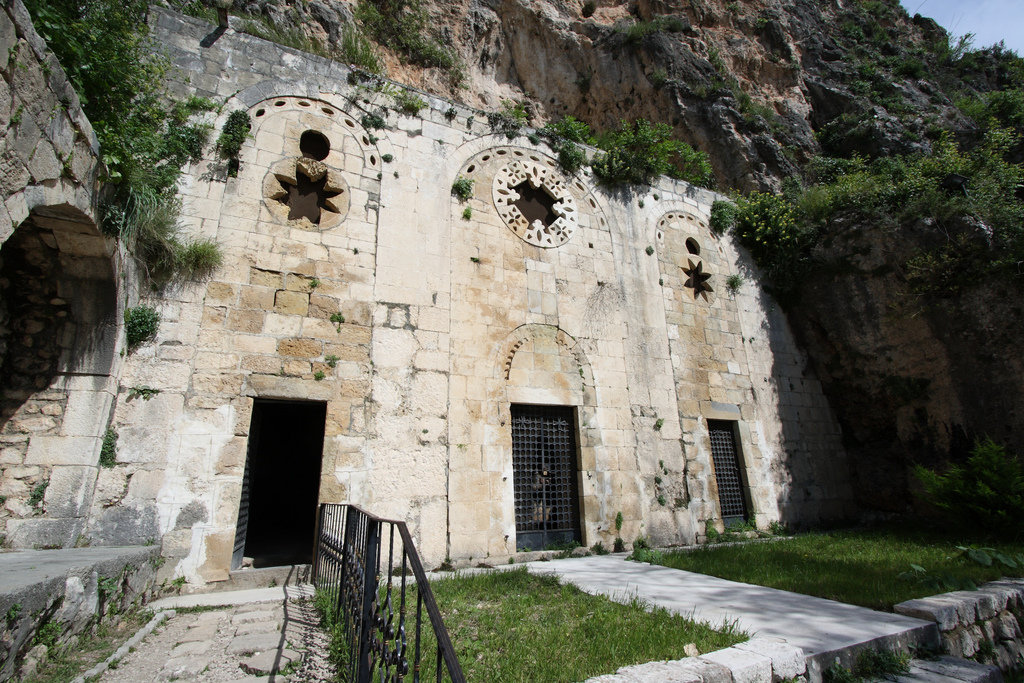 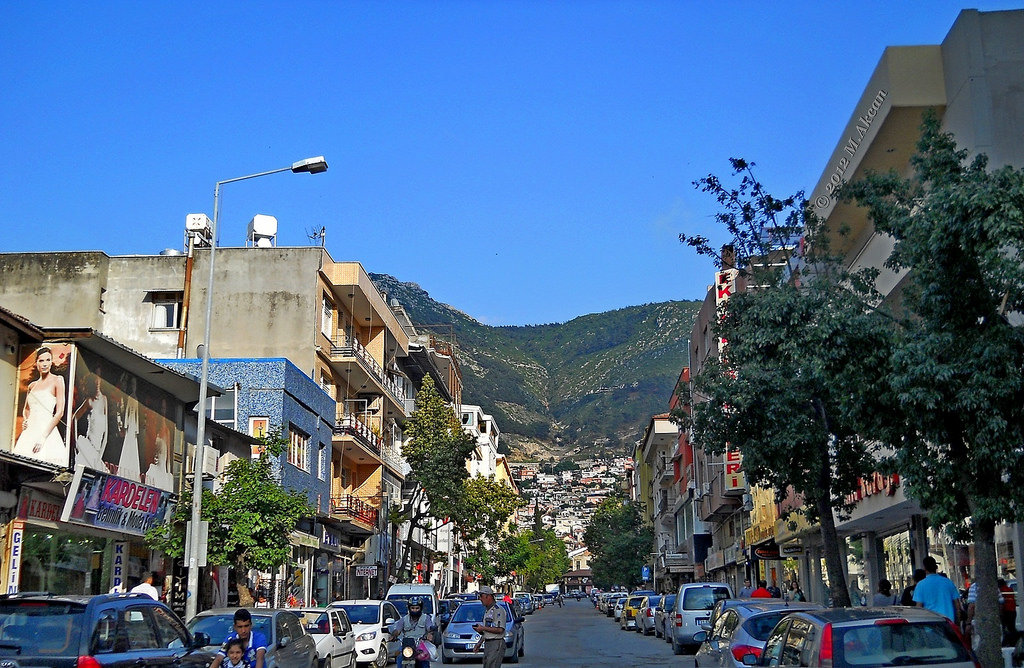