×
What are you looking for?
See all results
National parks in Zion Lodge 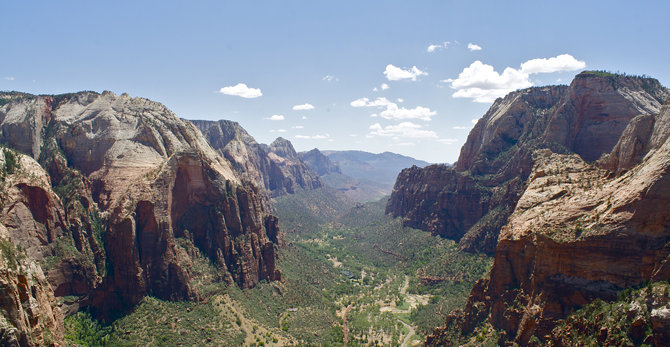 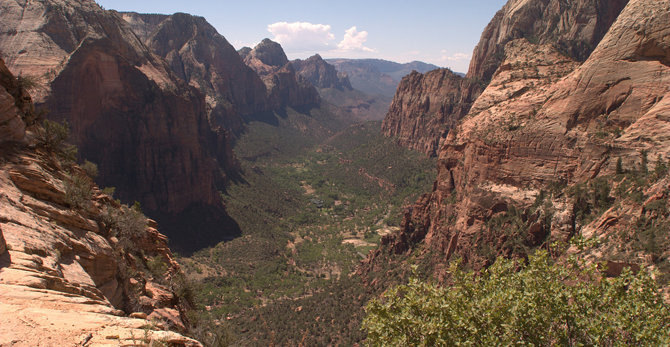 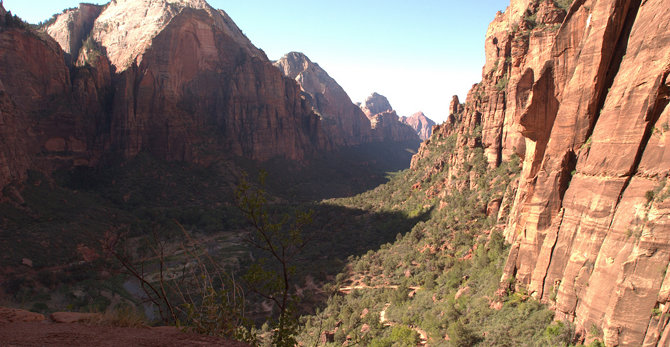 Angels Landing, known earlier as the Temple of Aeolus, is a rock formation measuring around 1,208-foot (368 m) tall in Zion National Park in southern Utah. A trail, cut into solid rock in 1926, leads to the top of Angels Landing and provides a spectacular view of Zion Canyon.

The trail is 2.4 miles (3,900 m) long. It begins at the Grotto drop off point on the park's shuttle system. It roughly follows the path of the Virgin River for some time, slowly gaining elevation in sandy terrain. As the trail gets steeper and leaves behind the river, it becomes paved. After a series of steep switchbacks, the trail goes through the area between Angel's Landing and the Zion Canyon that is a gradual ascent. Walter's Wiggles, a series of 21 steep switchbacks, are the last hurdle before Scout's Lookout. Scout's Lookout is generally the turnaround point for those who are unwilling to make the final summit push to the top of Angel's Landing. The last half-mile of the trail is strenuous and littered with sharp drop offs and narrow paths. Chains to grip are provided for portions of the last half-mile to the top.

According to the National Park Service, "The route to Angels Landing involves travel along a steep, narrow ridge with support chains anchored intermittently along the route. Footing can be slippery even when the rock is dry. Unevenly surfaced steps are cut into the rock with major cliff dropoffs adjacent. Keep off when it is wet, icy or thunderstorms are in the area. Plan to be off before dark. Younger children should skip this trail; older children must be closely supervised.

A FAQ on Zion's National Park Website lists five fatalities from Angel's Landing (possibly excluding some in which foul play was suspected). However, according to http://www.archive.org, that webpage has listed five deaths on its FAQ since August 28, 2006 (days after the death of Bernadette Vandermeer). It is therefore unclear whether this number included her accident, and it does not reflect at least two later falls. Internet sources list some of the fatalities as:

It is at times reported that Patricia Bottarini, age 36, of Medford, New Jersey, died from a fall on the Angels Landing Trail in 1997. This is incorrect, as her fall was on the trail to Observation Point. Her husband was acquitted of federal charges related to her death in 2002.

David R
This is a tough and dangerous hike, but you will be rewarded with the views and memories of a lifetime. First hike I’ve been on that required the use of chains!

Sabarish Raghupathy
Amazing hike! Start the hike before 7am to avoid heat and crowds. Takes about 4-5 hours depending on pace and stops.

Morgan S
I'm prettified of heights and my friends convinced me to go for it. It was definitely a mental and physical challenge, but well worth it! Almost anyone can and should do this hike.

Todd Nugent
You'll get a good work out to reach the top, so make sure to eat, hydrate & take magnesium/potassium. You will need water & a snack. So happy I did this!!

Abdullah H
Amazing View, a little bit difficult to climb.. but it is so worth it.

Megan Denise
The first 80% is paved but steep. The last part isn't really technically difficult, but scary if you aren't used to exposure. There are outhouses at the saddle. Conquer your fears & go all the way!
Load more comments
foursquare.com

The Pink Cliffs are a series of highly-dissected cliffs, approximately

Add to wishlist
I've been here
Visited
The Wave, Arizona

Coyote Buttes is a section of the Paria Canyon-Vermilion Cliffs

Devil's Garden is located in Arches National Park, near Moab, Utah and

Add to wishlist
I've been here
Visited
Odin Mine

Odin Mine is a disused lead mine in the Peak District National Park,

Kakadu National Park is in the Northern Territory of Australia, 171 km 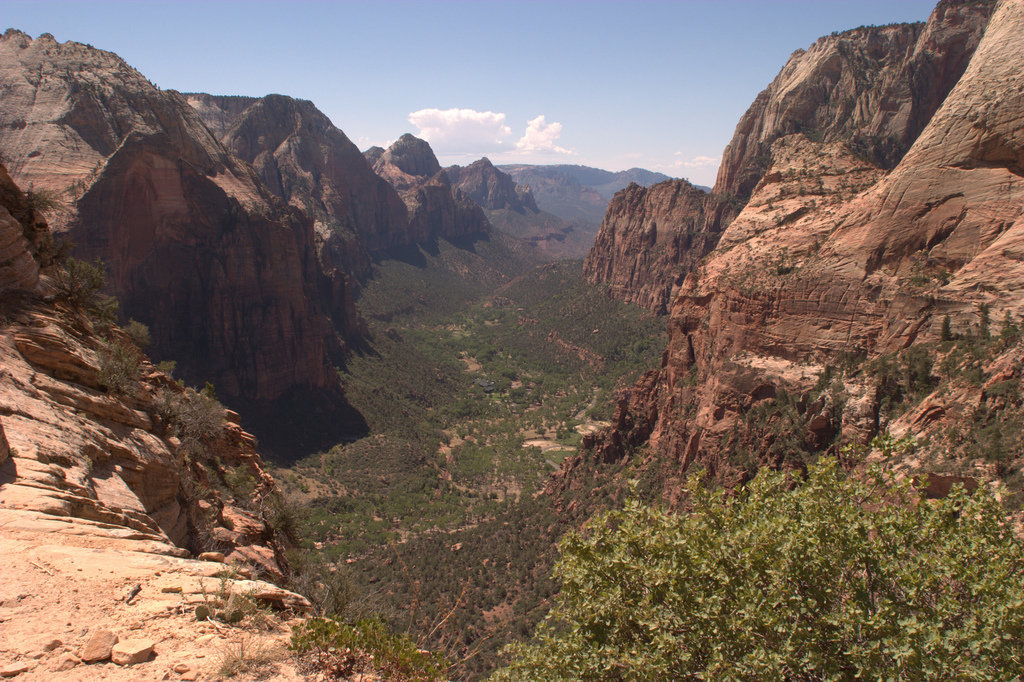 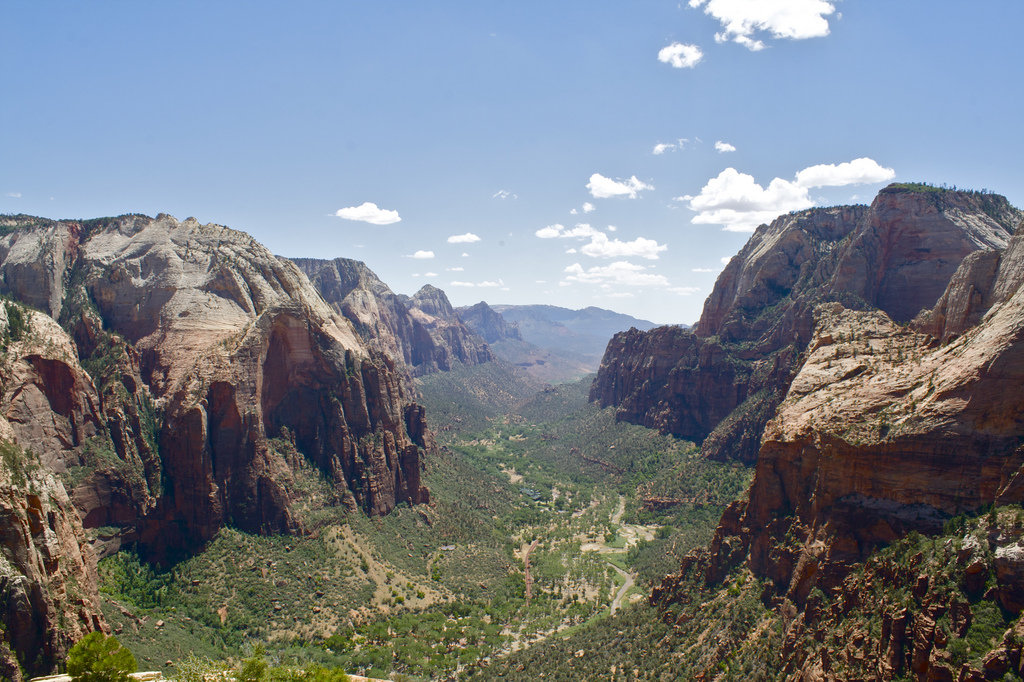 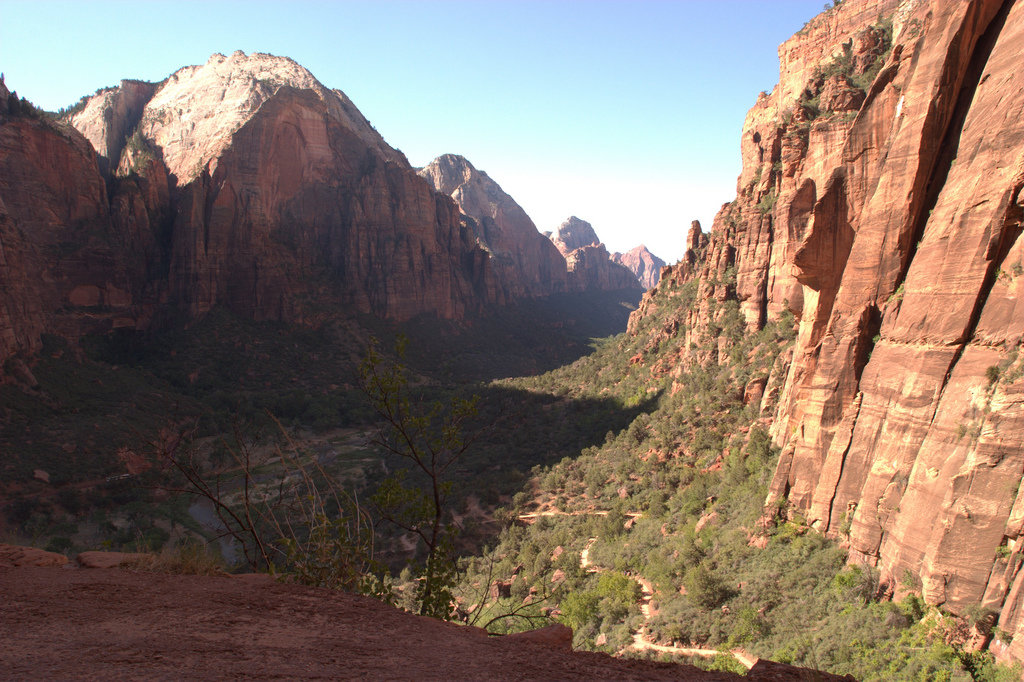 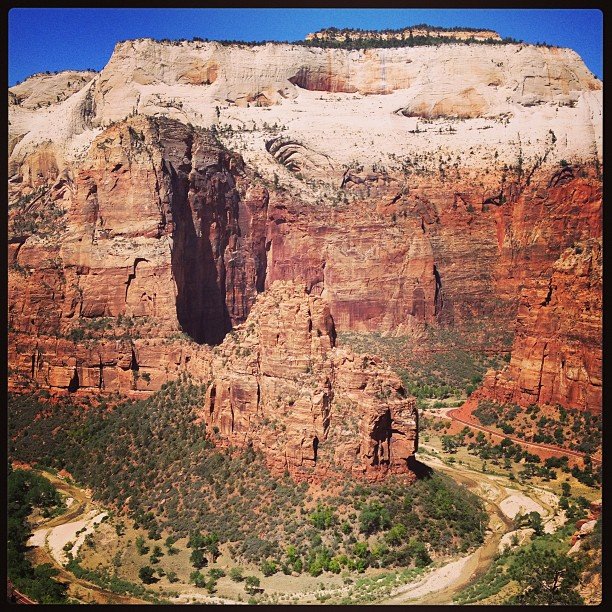 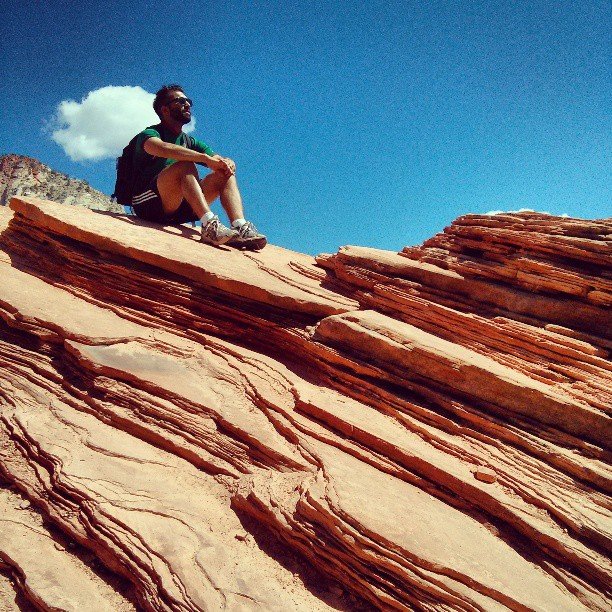 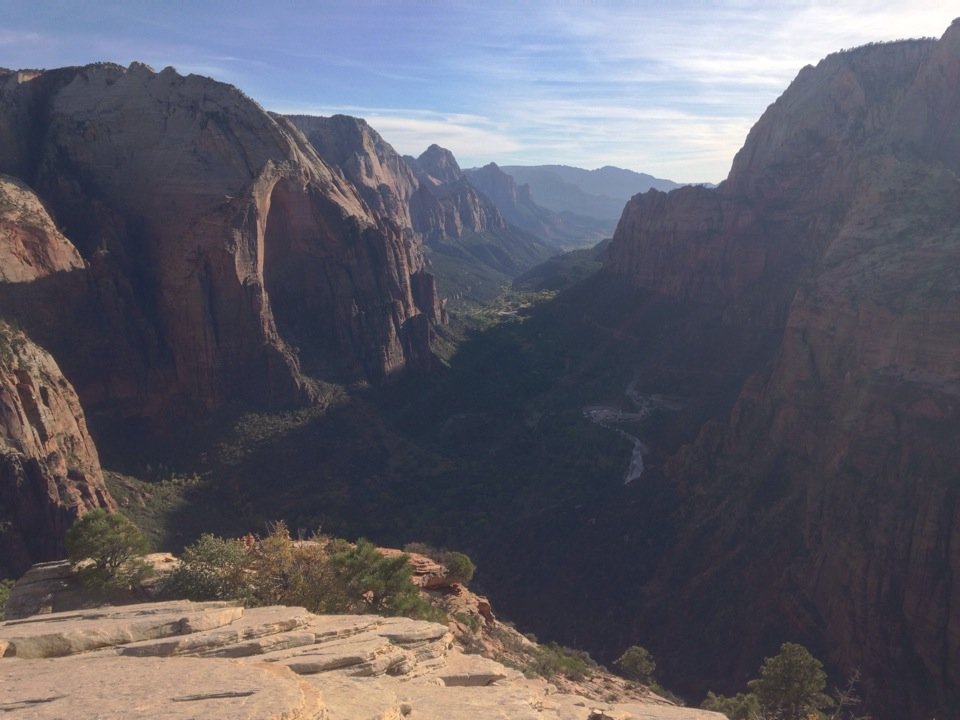