×
What are you looking for?
See all results
Castles in Innsbruck 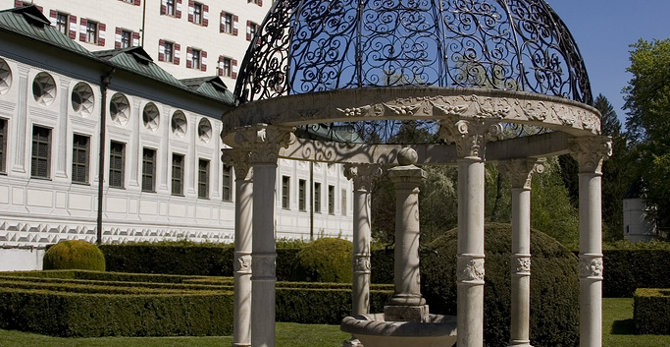 Ambras Castle (Deutsch. Schloss Ambras) is a schloss in Innsbruck, Austria. Situated in the hills above Innsbruck, the Castle of Ambras is one of the most important sights of the city. Its cultural and historical importance is closely connected with Archduke Ferdinand II and was a residence of his from 1563 to 1595.

A fort existed on the site of the modern-day castle as early as the 10th century and was the seat of the House of Andechs. This fort was destroyed in 1133 and no traces of it remain, although some of the material from the original fort was used in the modern building.

The modern Ambras was built by Archduke Ferdinand II, the second son of Emperor Ferdinand I. When he was made the provincial sovereign of Tyrol in 1563, he ordered two Italian architects to turn the existing medieval fortress into a Renaissance castle for his untitled wife Philippine Welser, whom he had married in secret. The castle was used as the official residence of Philippine as well as a place for Ferdinand to house his collections of weapons, armour, portraits, and curiosities.

After Ferdinand's death in 1595, the second son of Ferdinand and Philippine, Karl II of Austria, inherited Ambras. He had little interest in the castle and did not use it as a residence. In 1606 Karl sold the castle to Emperor Rudolf II.

Ambras was used infrequently after that point and remained largely in disrepair. In the 17th century Emperor Leopold I had some of the holdings of the collections of Ambras moved to Vienna, where they may still be seen at the National Library. In 1855, Archduke Karl Ludwig, then governor of Tyrol, had the palace remodeled to use as a summer residence, but it shortly fell into disrepair once more.

Beginning in 1950, Ambras was run by the Kunsthistorisches Museum, and in the period 1970-1981 the castle was completely restored and opened to the public.

Ferdinand II was one of the most important patrons of the Habsburg family. He founded the magnificent collections of Ambras and had a museum built for them in the rooms of the "Lower Castle", which was constructed according to the most advanced ideas of his time. The three armouries and the chamber of art and curiosities were designed and used as a museum from the beginning.

The Chamber of Art and Curiosities

Шаблон:Main The Chamber of Art and Curiosities of Archduke Ferdinand II is the only one which can still be seen in its original place. Others had been plundered like the ones in Munich, Prague or Stuttgart, or their character had been changed like in Dresden or Kassel.

In the chamber of art and curiosities at Ambras Castle wonders as well as precious objects, scientific items or toys are to be seen. In contents the natural and artistic objects represent the programme of the late Renaissance encyclopedic collections. The special thing about the Ambras-collections is, that they are still where they were meant to be seen. Still you can find corals arranged in cabinet-boxes, turnery made of wood or ivory, glass figures, or porcelain and silkpaintings which belong to the oldest European collections of Asian art. Also important works of European artists, like the carved "little death" made of wood by Hans Leinberger can be found, as well as typical "chamber of art and curiosity – objects" like handstones, goblets made of rhinoceros horn, coconut or rock crystal, animals made of bronze, music- and measuring instruments, automats and clocks. A very important part of the collection were portraits of curious persons like the hairy people, Vlad Dracula and others.

Ferdinand was mostly interested in his armouries. The "Rüstkammer" contain very rare examples of armour from the 15th century which originally came from the collections of Emperor Maximilian I and Archduke Sigismund. Armour for tournaments like the German joust or the German course, and the armour of the court's giant Bartlmä Bon, who took part in the tournament in Vienna in 1560, can be seen. The "Heldenrüstkammer" displays armour of famous commanders in original 16th century showcases. The "Leibrüstkammer" includes the archduke's private armour and the armour of the court of Innsbruck.

The Spanish Hall, built between 1569-1572, is one of the most important freestanding halls of the Renaissance. The picturesque lay-out of the 43 m long hall is dominated by the 27 full-length portraits of the princely rulers of the Tyrol. Today rather famous classical concerts take place in this hall.

The Upper Castle, the oldest part of Ambras Castle, contains the "Habsburg Portrait Gallery". About 300 portraits from the 15th to the 19th century, from the epochs of King Albrecht II., Emperor Maximilian I., Charles V. and Ferdinand I., to the last emperor of the "Holy Roman Empire", Franz II., a contemporary of Napoleon Bonaparte, can be seen. Because of the various dynastic relations the collection also shows members of other European dynasties. The portraits were painted by very well-known artists such as Lucas Cranach, Anton Mor, Titian, van Dyck and Diego Velázquez.

Ambras castle is preserved as a total work of art of the 16th century. Its chamber of art and curiosities is the only one which is still at its original place and illustrates the big interest in princely representation and collecting.

The Ambras Castle is so popular and famous, that was the topic of one of the most famous silver collectors coins: the 10 euro Ambras Castle coin.

In one side of the coin there is a general view of the castle to the south of Innsbruck with its Renaissance style gardens forms the central design. On the other side, three court musicians cross the floor of the Spanish Hall, based on a picture from 1569. This design recalls the court festivals for which Fedinand II had the Spanish Hall specially constructed.

The Armoury (Deutsch. Zeughaus) in Innsbruck, Austria, is a former

The Bergiselschanze is a ski jumping hill located in Bergisel in

Triumphpforte is a tourist attraction, one of the Triumphal arches in

Maria-Theresien-Straße (Innsbruck) is a tourist attraction, one of 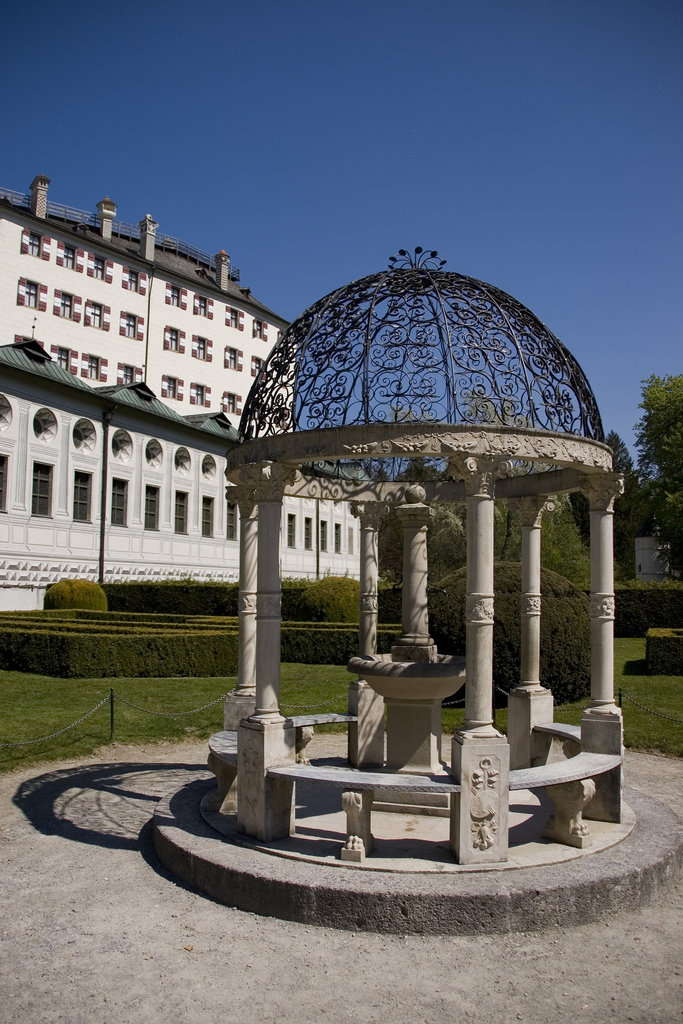 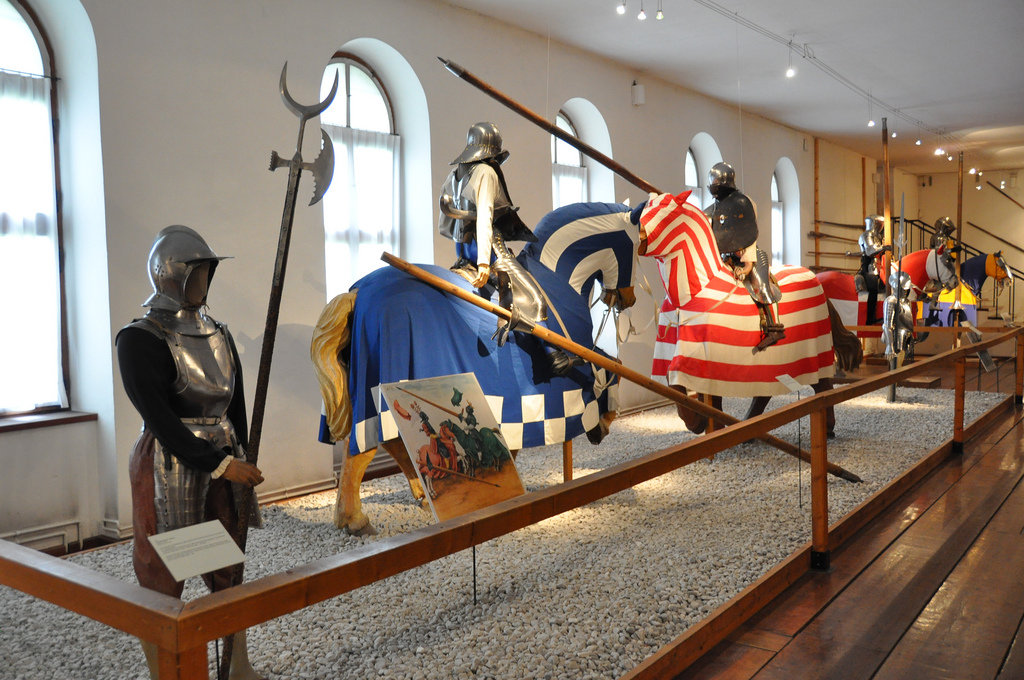 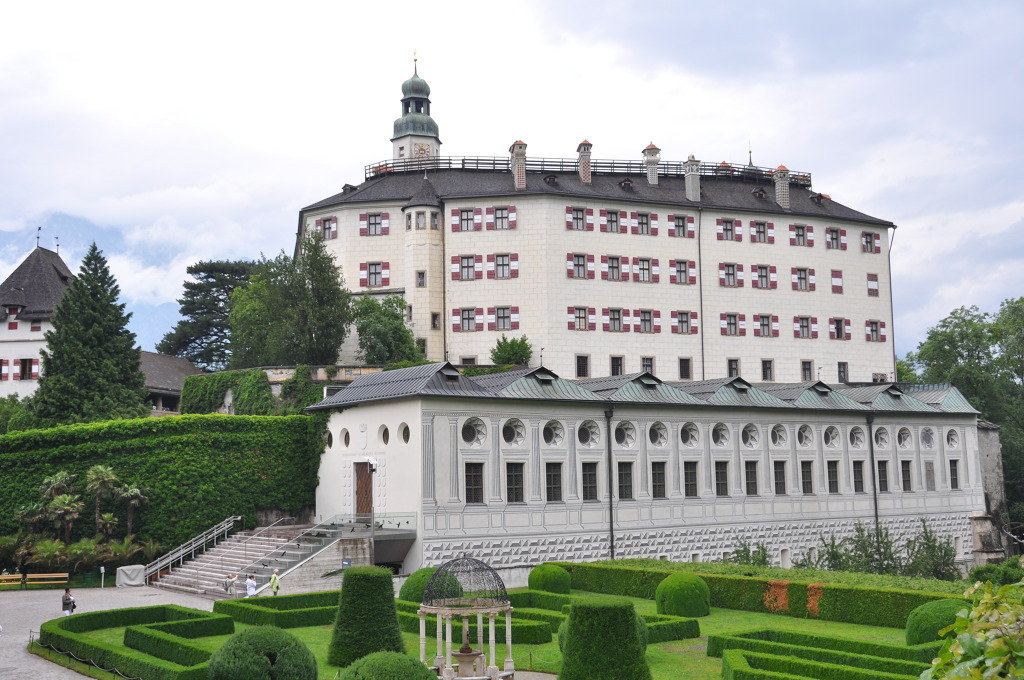 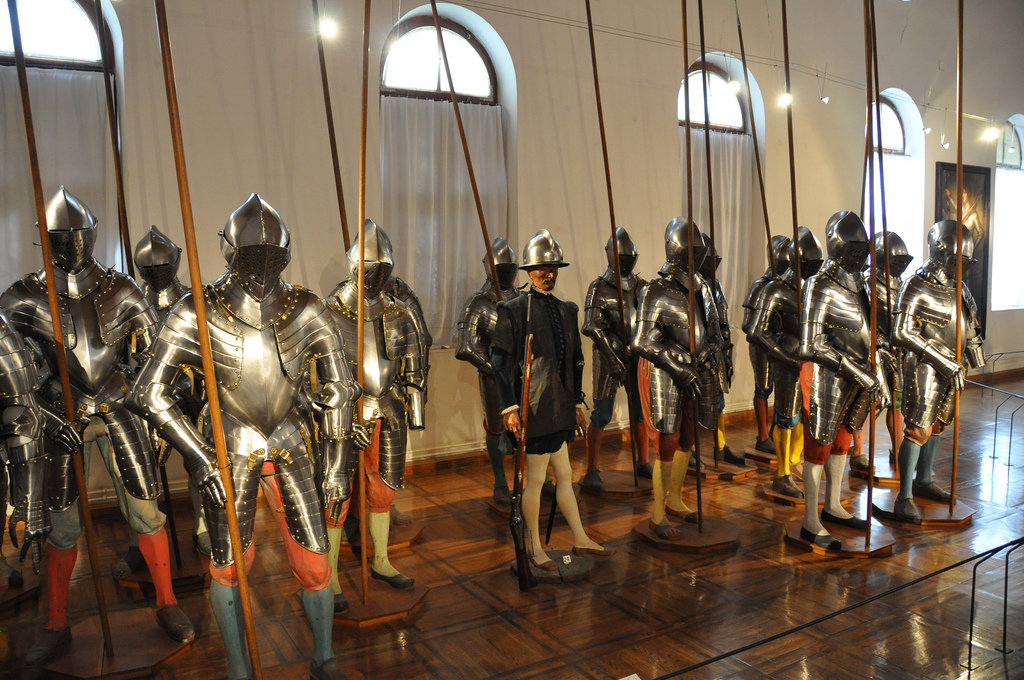 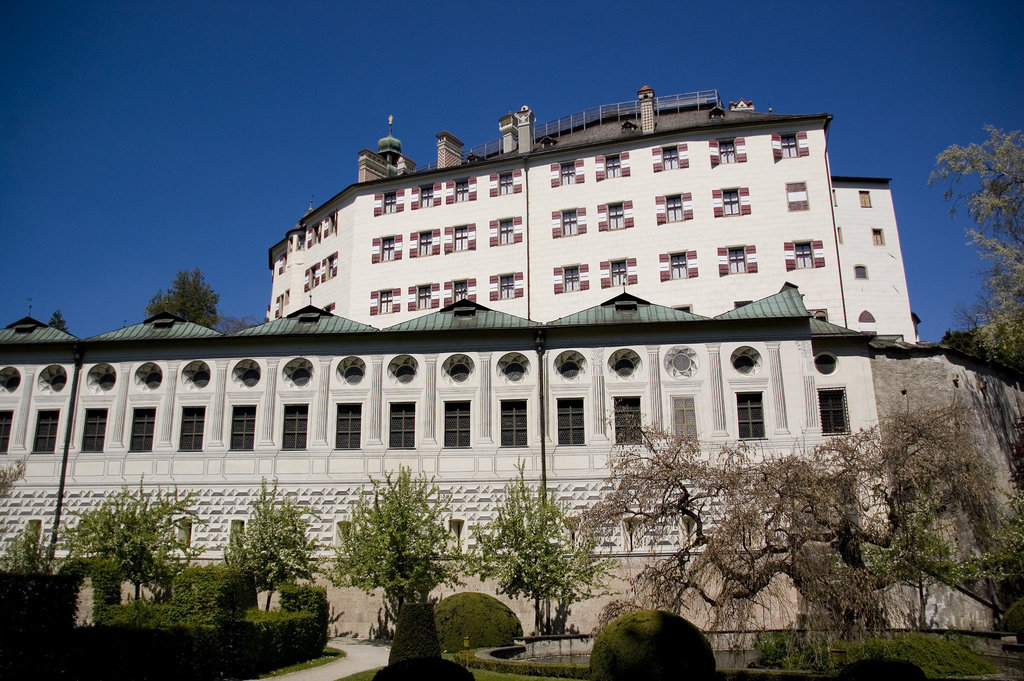 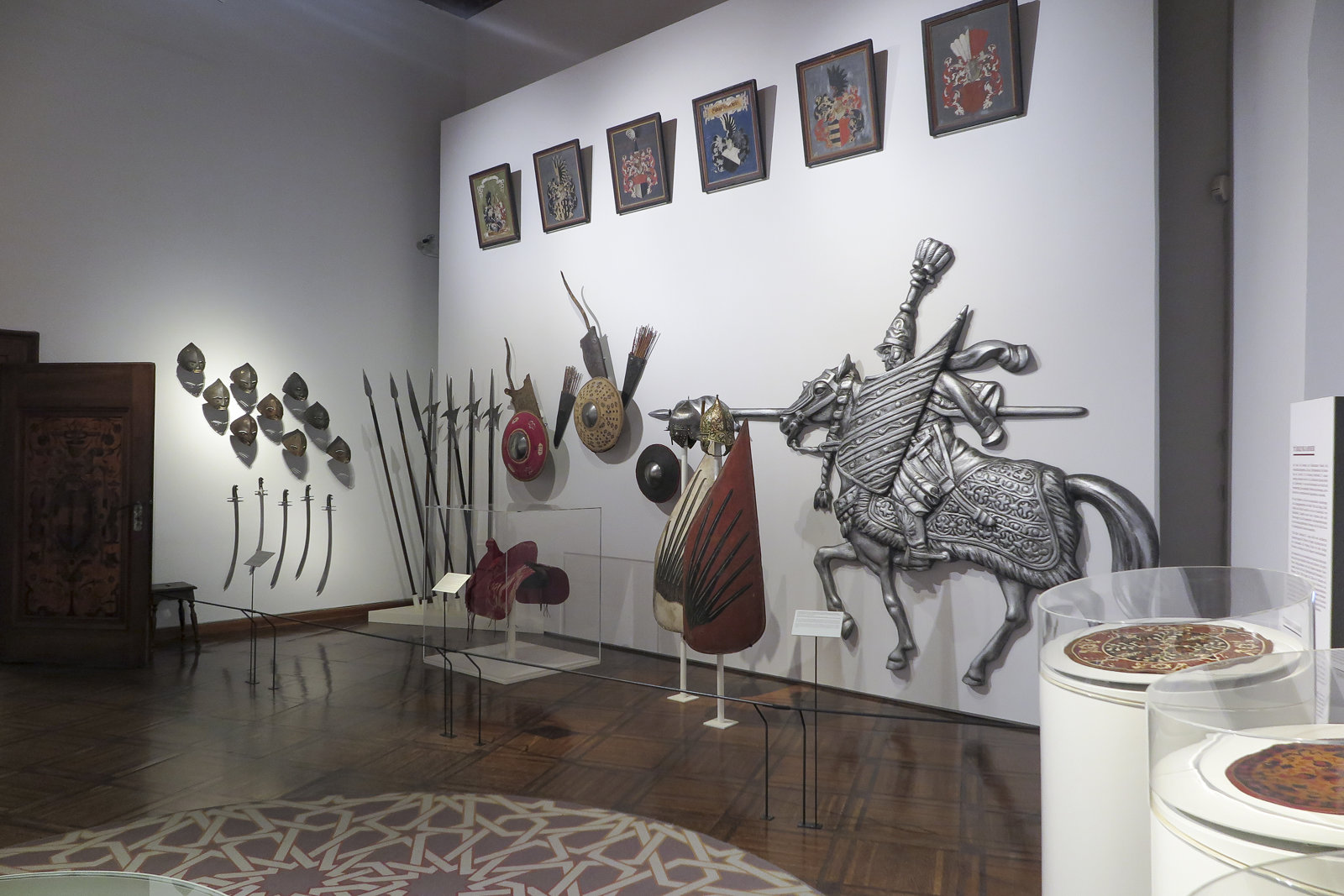 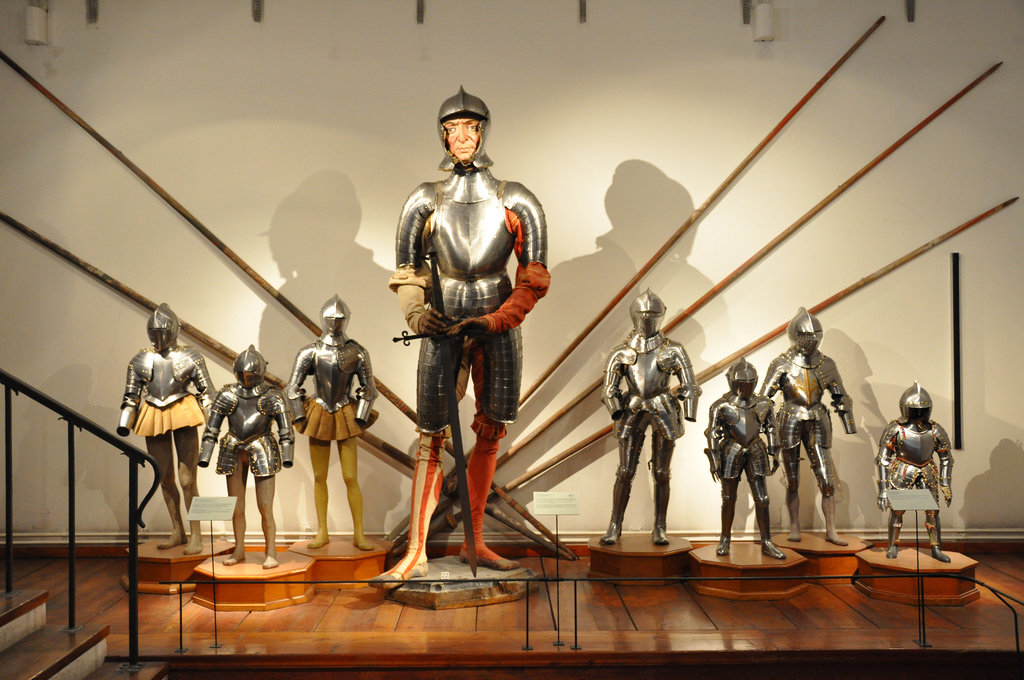 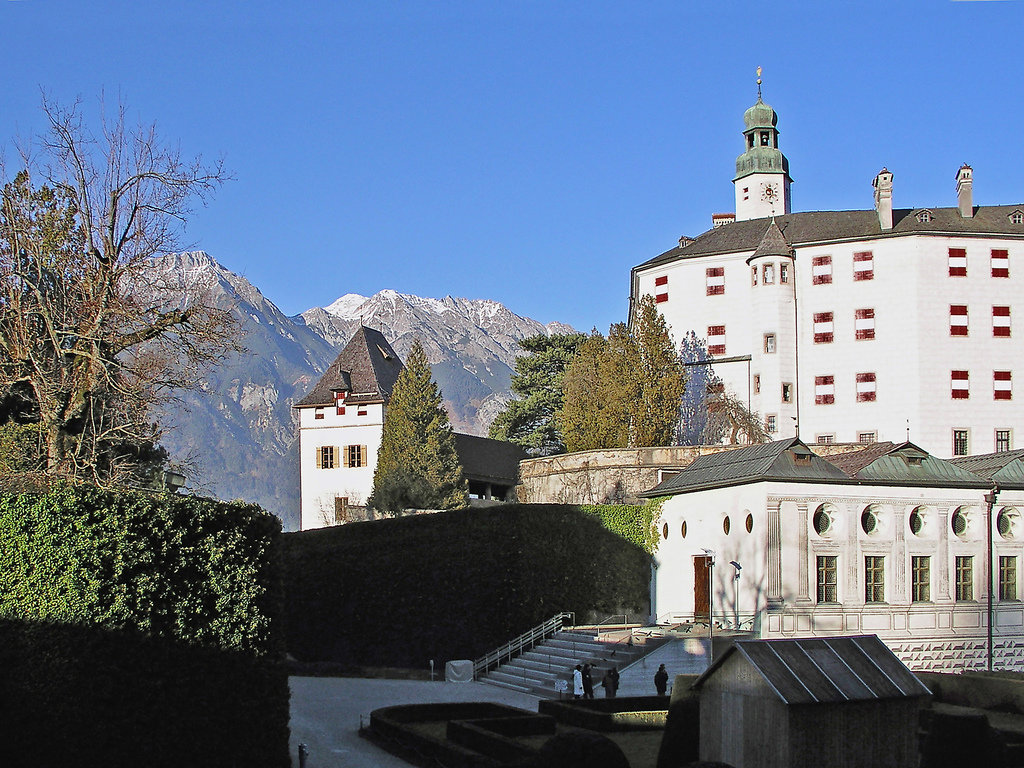 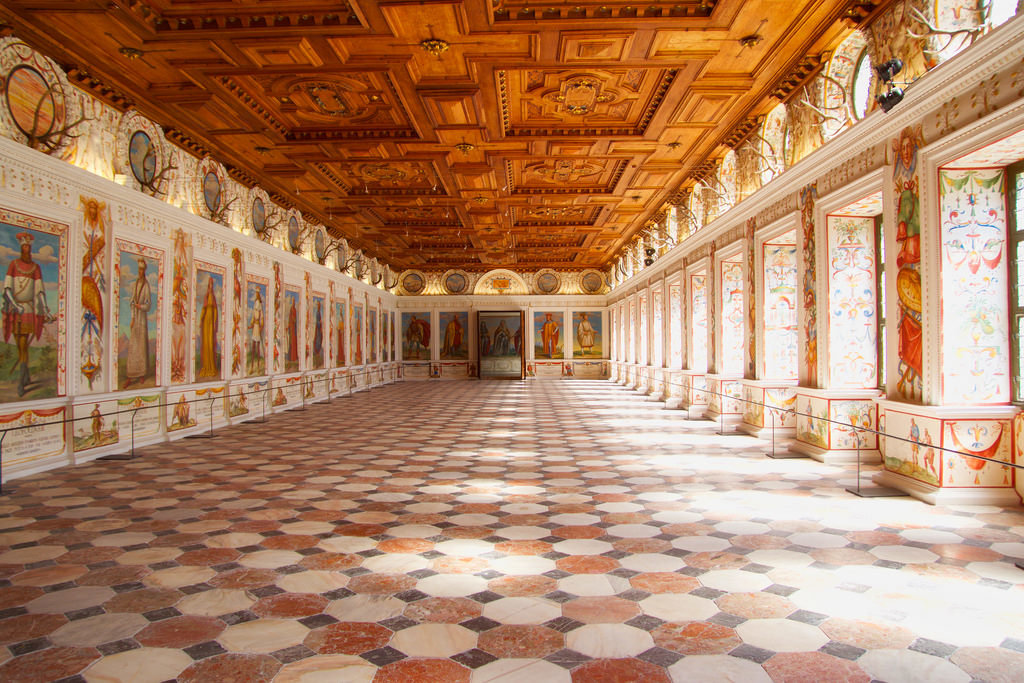 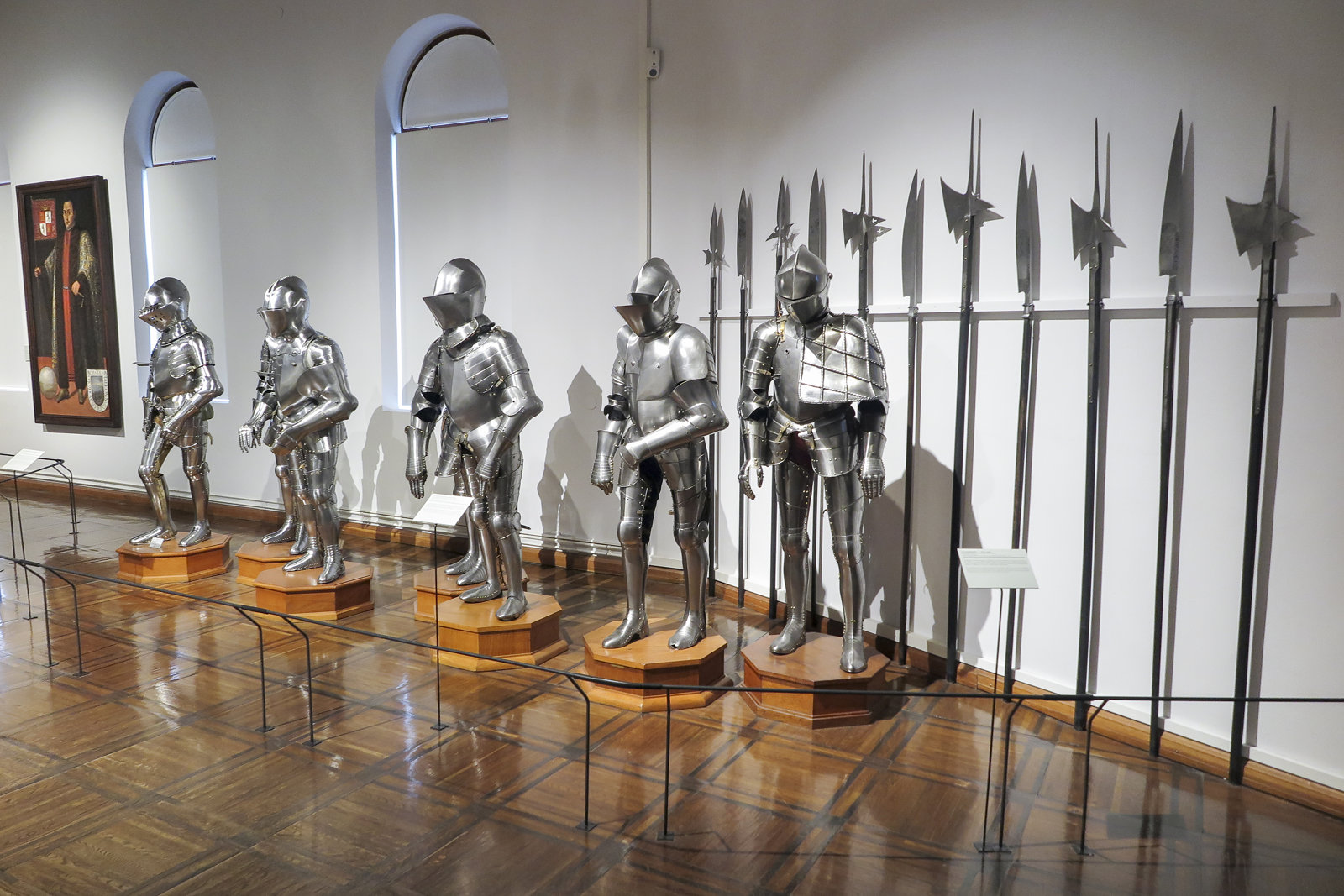 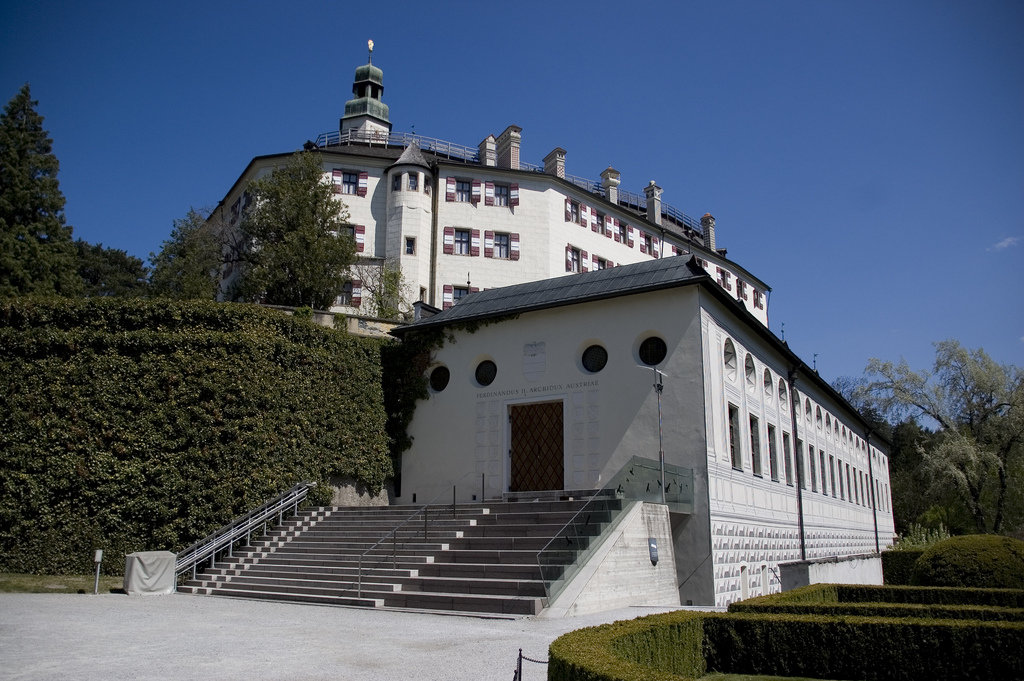 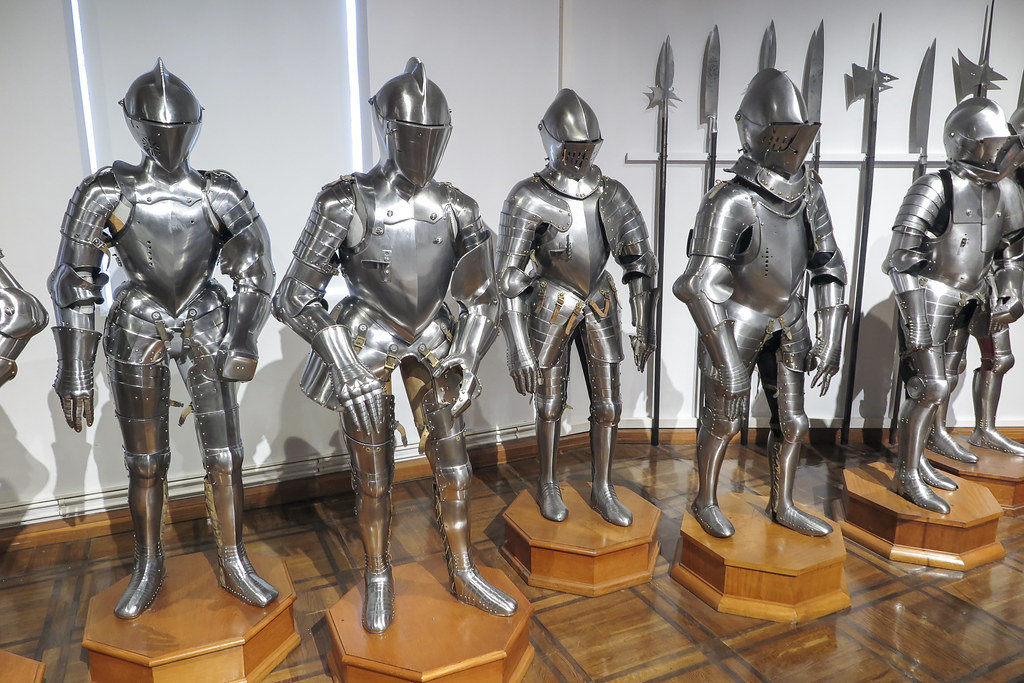