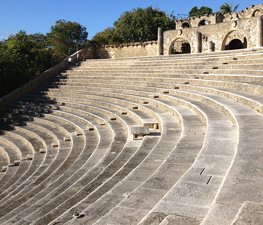 The biggest attraction in La Romana, Dominican Republic, is Altos de Chavón, a re-creation of a medieval European village conceived from the imagination of Roberto Copa, a former Paramount Studios set designer, and Charles Bluhdorn.

Its construction began in 1976 when the construction of a nearby road and bridge crossing the Chavón river had to be blasted through a mountain of stone. Charles Bludhorn, chairman of Gulf+Western, had the idea of using the stones to build a sixteenth century Mediterranean village. Construction was completed in the early 1980s.

It was built as an 18th birthday gift to his daughter, Dominique, who is the current president of the Altos de Chavón Cultural Center. Narrow, cobble-covered alleyways lined with lanterns and shuttered limestone walls yield several good Mediterranean-style restaurants, a number of quaint shops featuring the diverse craftwork of local artisans, and three galleries exhibiting the talents of students from the on-site design school (an affiliate of Parsons School of Design in New York City). Notable attendees of the Altos de Chavón Design School have included Lisa Thon and Mía Lourdes Taveras López.

Adding authenticity to the entire fantasy is the charming St. Stanislaus Church (Iglesia San Estanislao de Cracovia in Spanish) with its plaza and sparkling fountain that is a popular wedding venue. The Church of St Stanislaus was named after the patron saint of Poland in tribute to Pope John Paul II, who visited Santo Domingo in 1979 and left some of the saint's ashes behind. It was in this church that Louis Alphonse, Duke of Anjou married Venezuelan heiress Maria Margarita de Vargas y Santaella on November 6, 2004.

A Roman-styled 5,000-seat amphitheater hosts 20th century musical acts—The Pet Shop Boys, Frank Sinatra, and Julio Iglesias to name a few—while Génesis nightclub provides a popular dance venue for guests from the Casa de Campo resort nearby. Visitors shouldn’t miss the Regional Museum of Archaeology (El Museo Arqueológico Regional), an astonishing collection of pre-Columbian Indian artifacts unearthed in the surrounding area. Altos de Chavón overlooks Rio Chavón and the Dye Fore golf course of Casa de Campo; both built by former Gulf+Western chairman Charles Bluhdorn. There are reports that Apocalypse Now was filmed on the Rio Chavón, but most authorities on the subject agree that the movie was filmed in the Philippines.

Tomás A. Ramírez Mañón
The most romantic place in Dominican Republic, specially during Christmas.

Luiza Meneghim
Amazing place with great view, but it's best to go during the day. There is a lot to see.

0.1km from Amphitheater's back, La Romana 22000, Dominican Republic Get directions

Cayo Levantado, also known as Bacardi Island, is an islet in Samaná

Columbus Lighthouse (español. Faro a Colón|links=no|links=no) is a m

See all See all
Add to wishlist
I've been here
Visited
Begijnhof, Amsterdam

Add to wishlist
I've been here
Visited
University of Al-Karaouine

The University of Al-Karaouine or Al-Qarawiyyin (العربية. جامعة 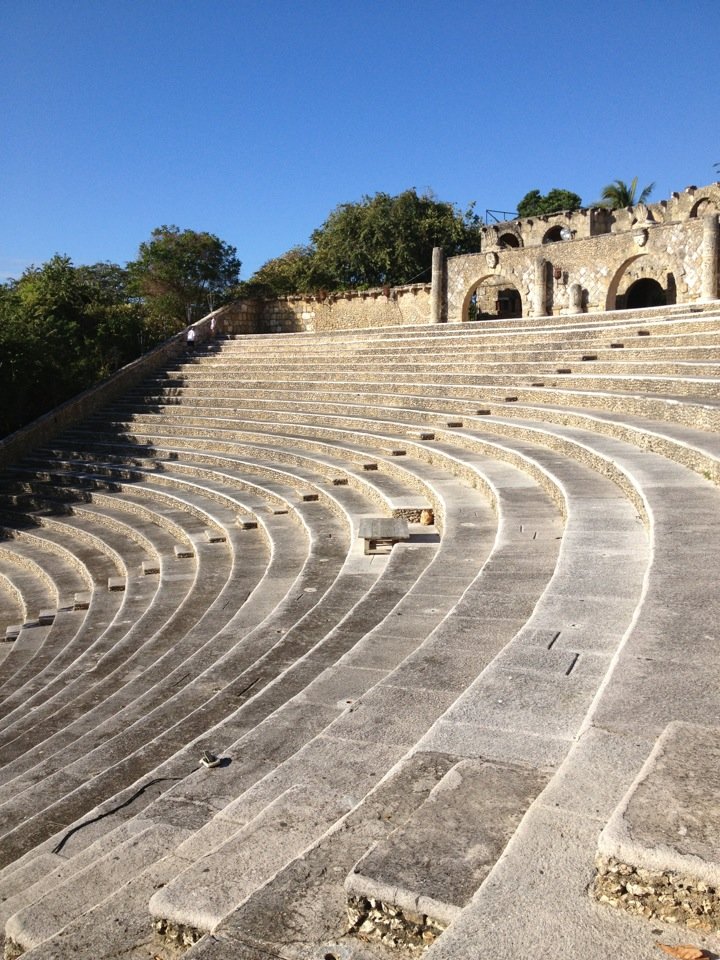 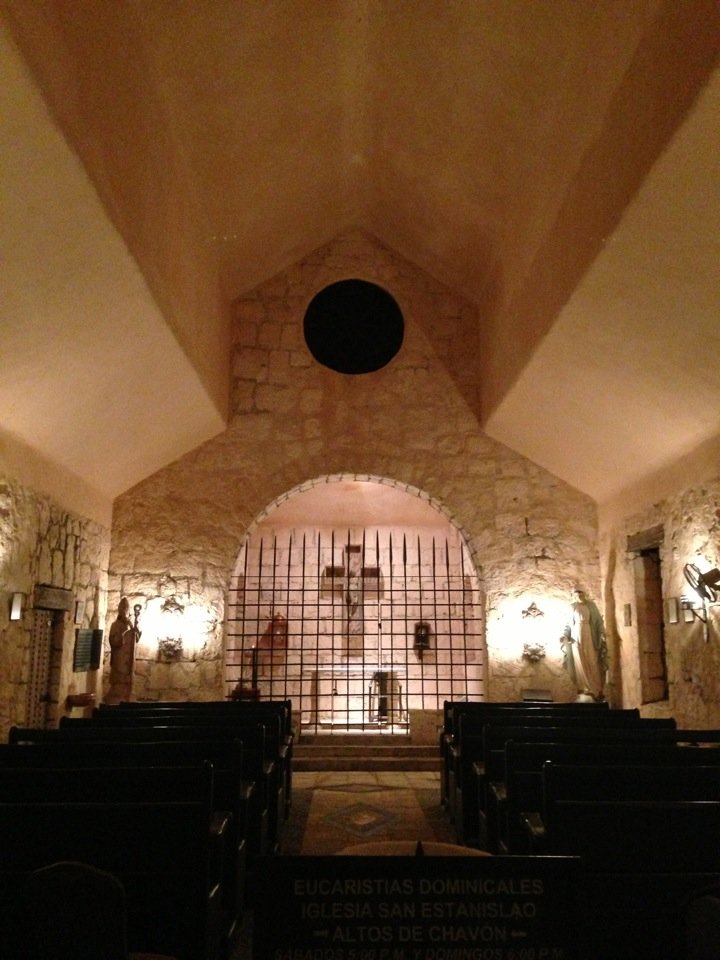 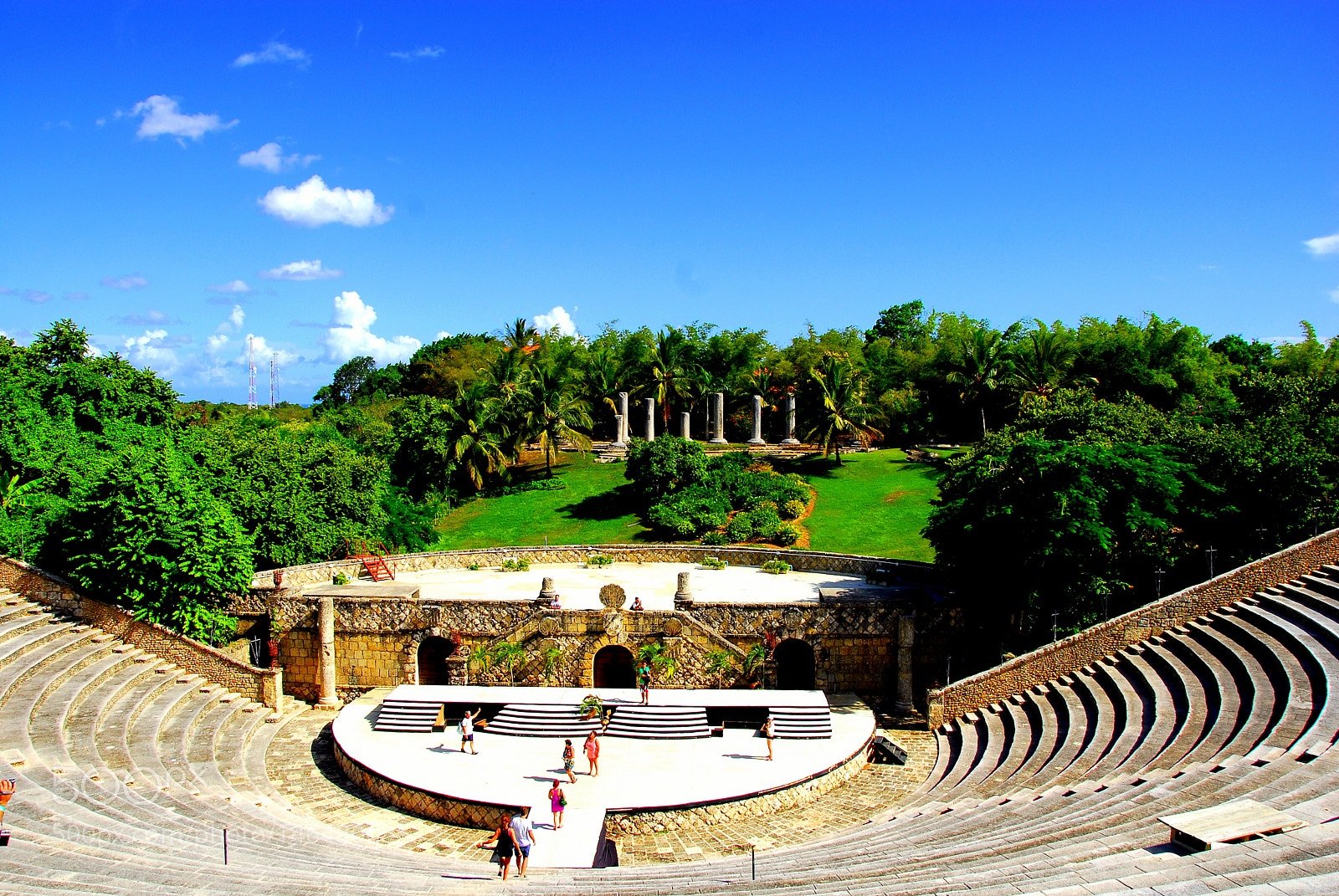