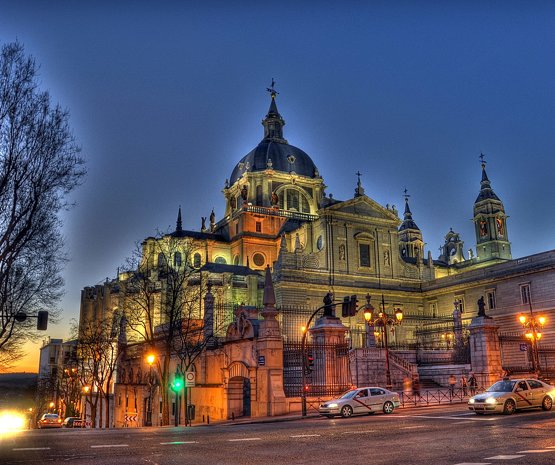 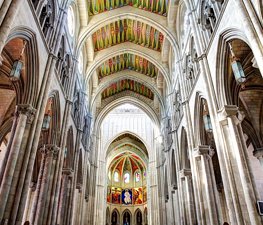 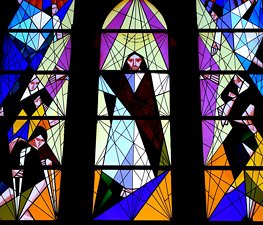 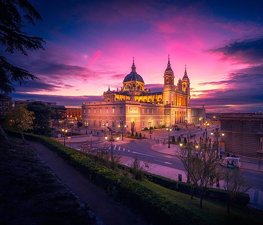 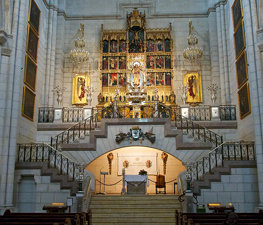 When the capital of Spain was transferred from Toledo to Madrid in 1561, the seat of the Church in Spain remained in Toledo; so the new capital – unusually for a Catholic country – had no cathedral. Plans were discussed as early as the 16th century to build a cathedral in Madrid dedicated to the Virgin of Almudena, but construction did not begin until 1879.

Francisco de Cubas, the Marquis of Cubas, designed and directed the construction in a Gothic revival style. Construction ceased completely during the Spanish Civil War, and the project was abandoned until 1950, when Fernando Chueca Goitia adapted the plans of de Cubas to a neoclassical exterior to match the grey and white façade of the Palacio Real, which stands directly opposite. The cathedral was not completed until 1993, when it was consecrated by Pope John Paul II. On May 22, 2004, the marriage of Felipe, Prince of Asturias to Letizia Ortiz Rocasolano (known thereafter as Letizia, Princess of Asturias) took place at the cathedral.

The Neo-Gothic interior is uniquely modern, with chapels and statues of contemporary artists, in heretogeneous styles, from historical revivals to "pop-art" decor.

The Neo-Romanesque crypt houses a 16th century image of the Virgen de la Almudena. Nearby along the Calle Mayor excavations have unearthed remains of Moorish and medieval city walls.

On the 28th of April 2004, Cardinal Antonio María Rouco Varela, Archbishop of Madrid blessed the new paintings in the apse, painted by Kiko Arguello, founder of the Neocatechumenal Way. The cathedral is the seat of the Patriarch of the Indies and the Ocean Sea, an honorific patriarchate created in the sixteenth century, and subsequently an honorific title for the Spanish court's chaplain.

Otel.com
This breathtaking Catholic cathedral is known for its 100 years of construction. After being postponed many times, it was consecrated in 1993. Amazing neo-gothic with modern design await inside.

Roger Schonfeld
The modern stained glass is not to be missed - almost cubist throughout many of the chapels.

David
The most beautiful cathedral I have seen so far after the Sagrada Familia in Barcelone. A perfect mixture of modernism and tradition.

Alejandro Martinez Farina
Amazing modern cathedral with old style. Beautiful place to visit and reflect about life. Don’t forget to check out the crypt under the cathedral (entrance is on the left side)

Pedro Salma
DescriptionAlmudena Cathedral is a Catholic church in Madrid, Spain. It is the seat of the Roman Catholic Archdiocese of Madrid. The cathedral was consecrated by Pope John Paul II in 1993.

Noah Weiss
Don't let the bland exterior turn you away. The inside is filled with modern stained glass that's bright and neon, and the ceiling's tile work is beautiful.
Load more comments
foursquare.com
8.8/10
Konstantin Savin, 憑き狐娘 and 66,254 more people have been here
I've been here
Add to wishlist 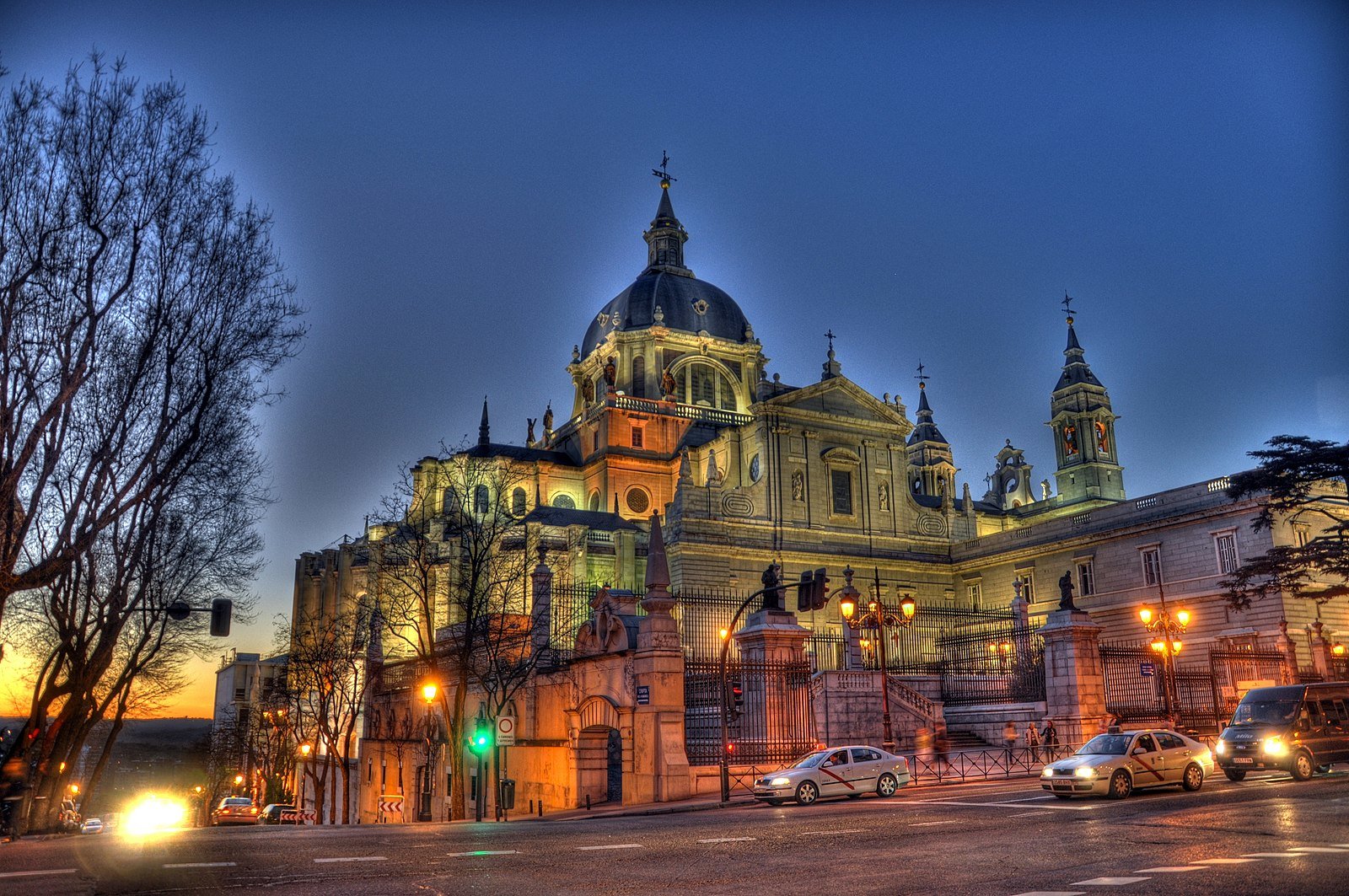 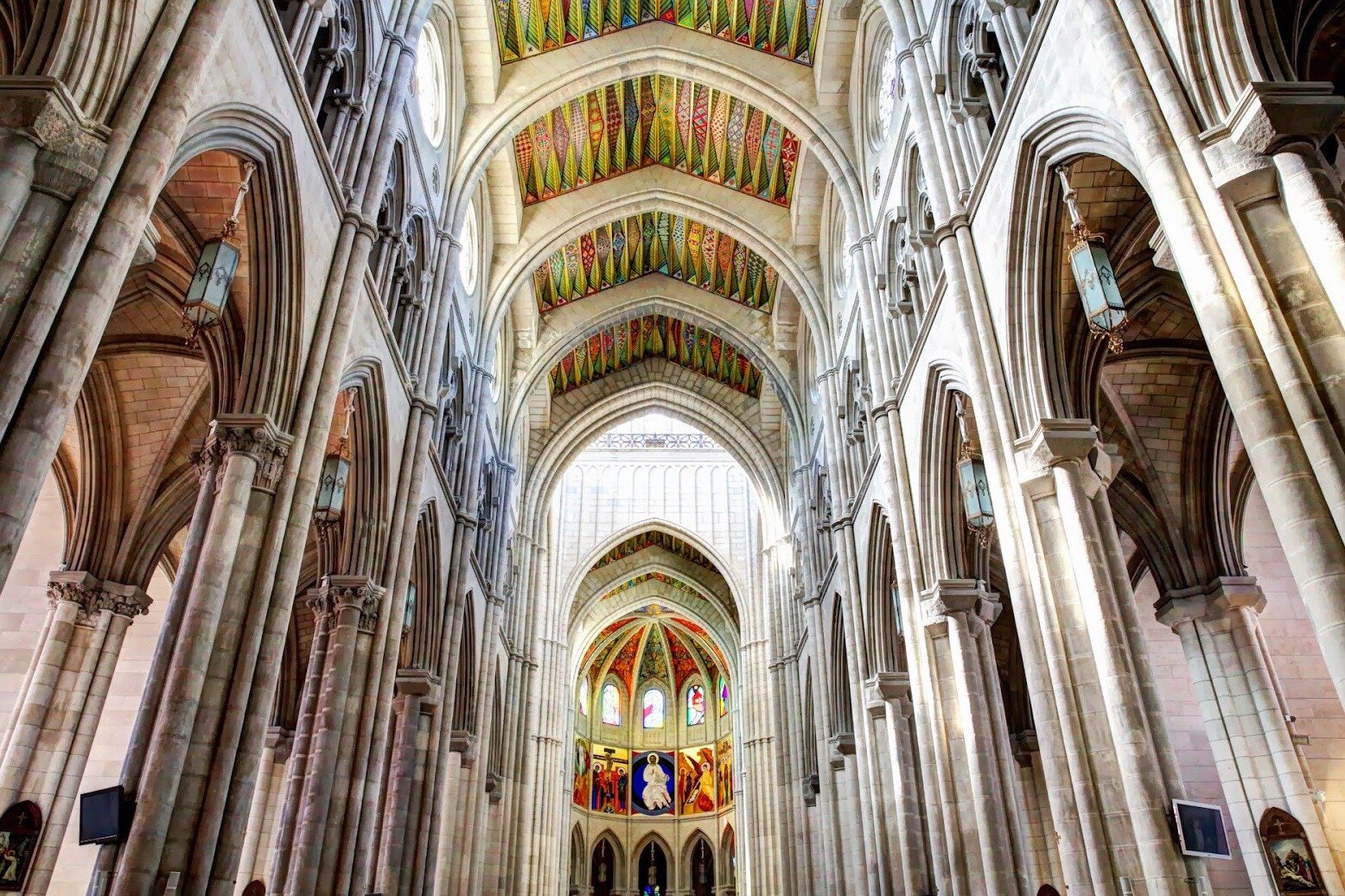 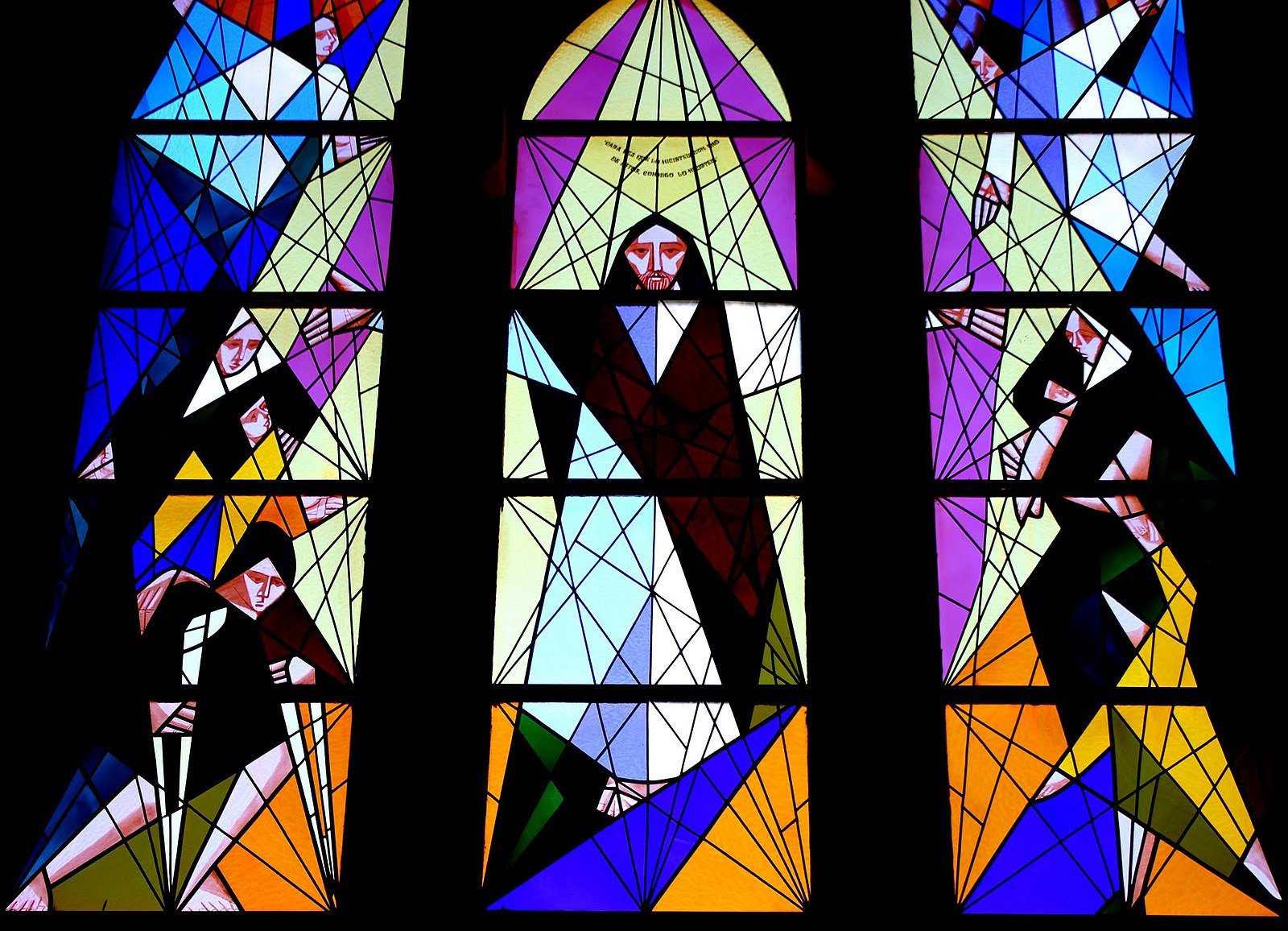 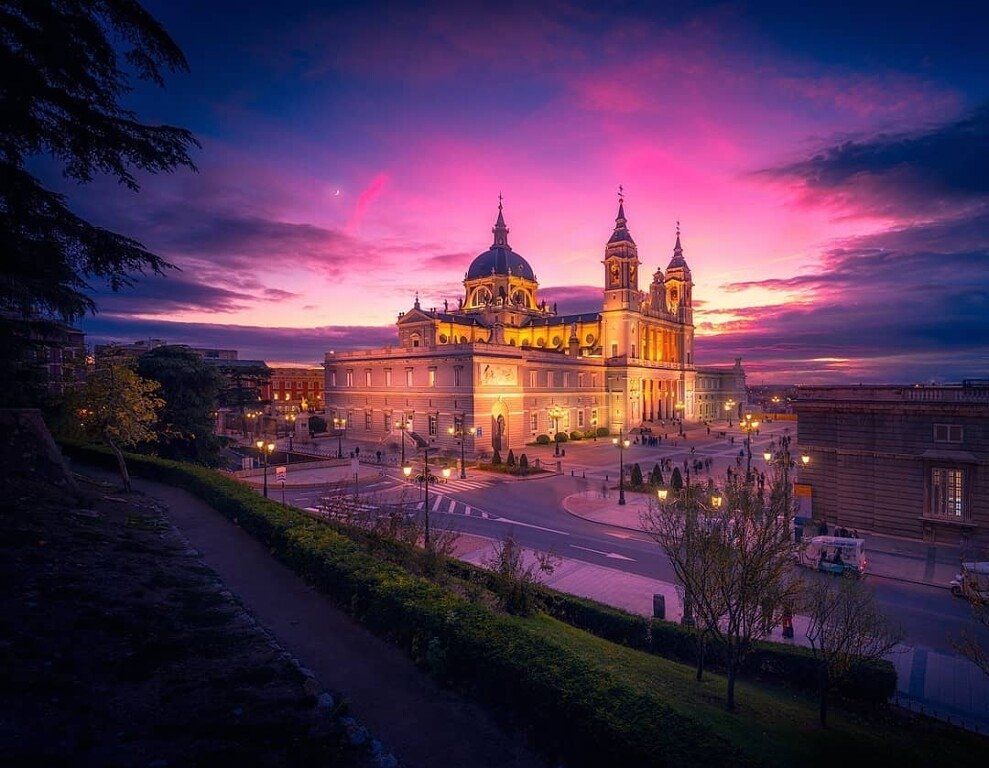 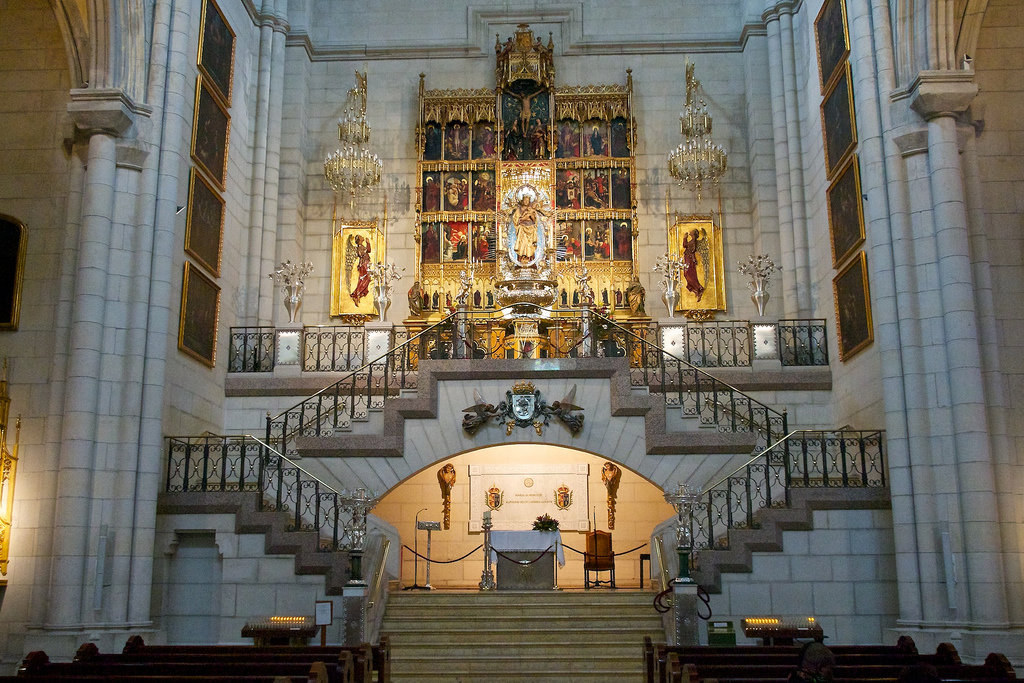 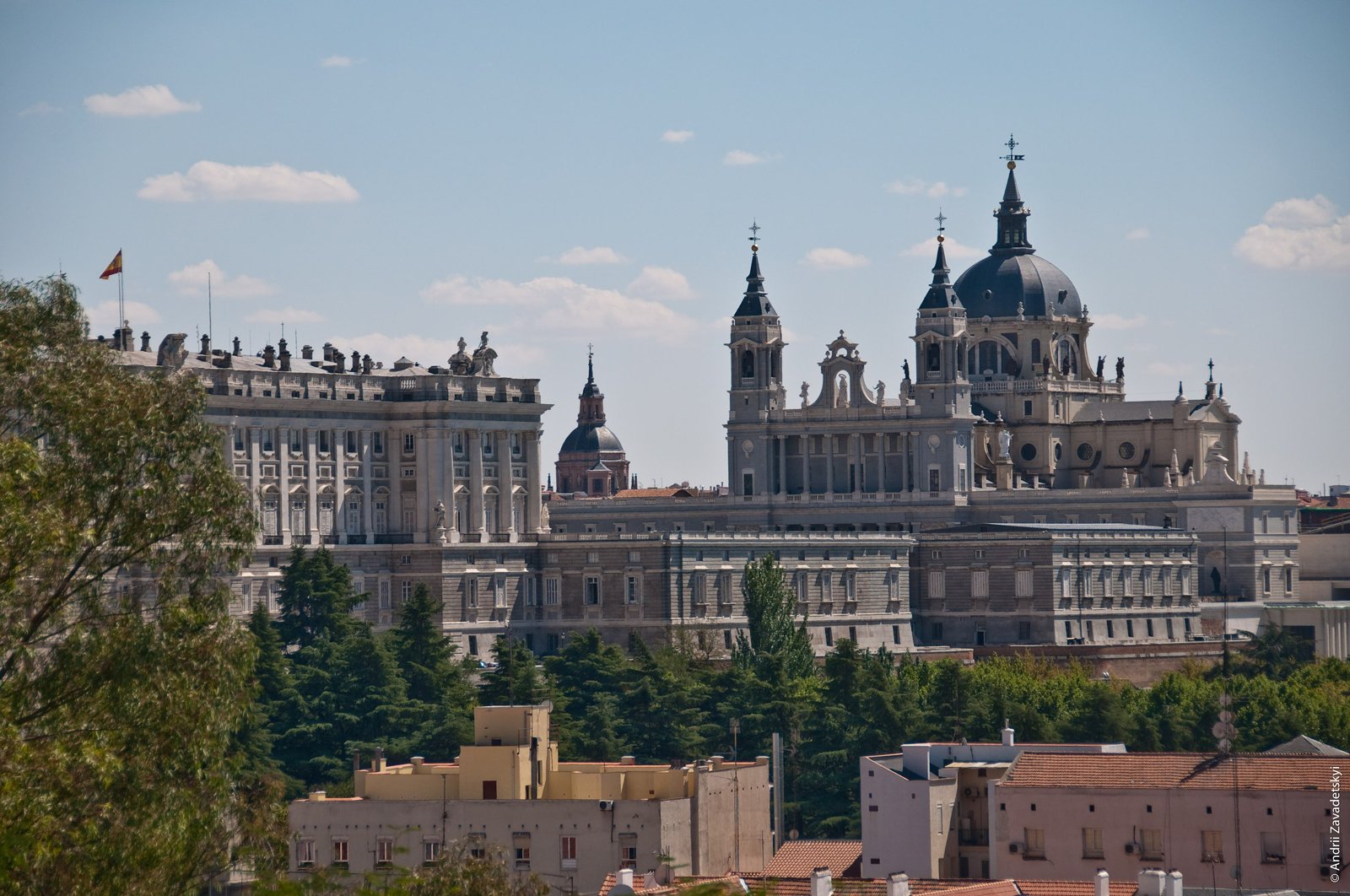 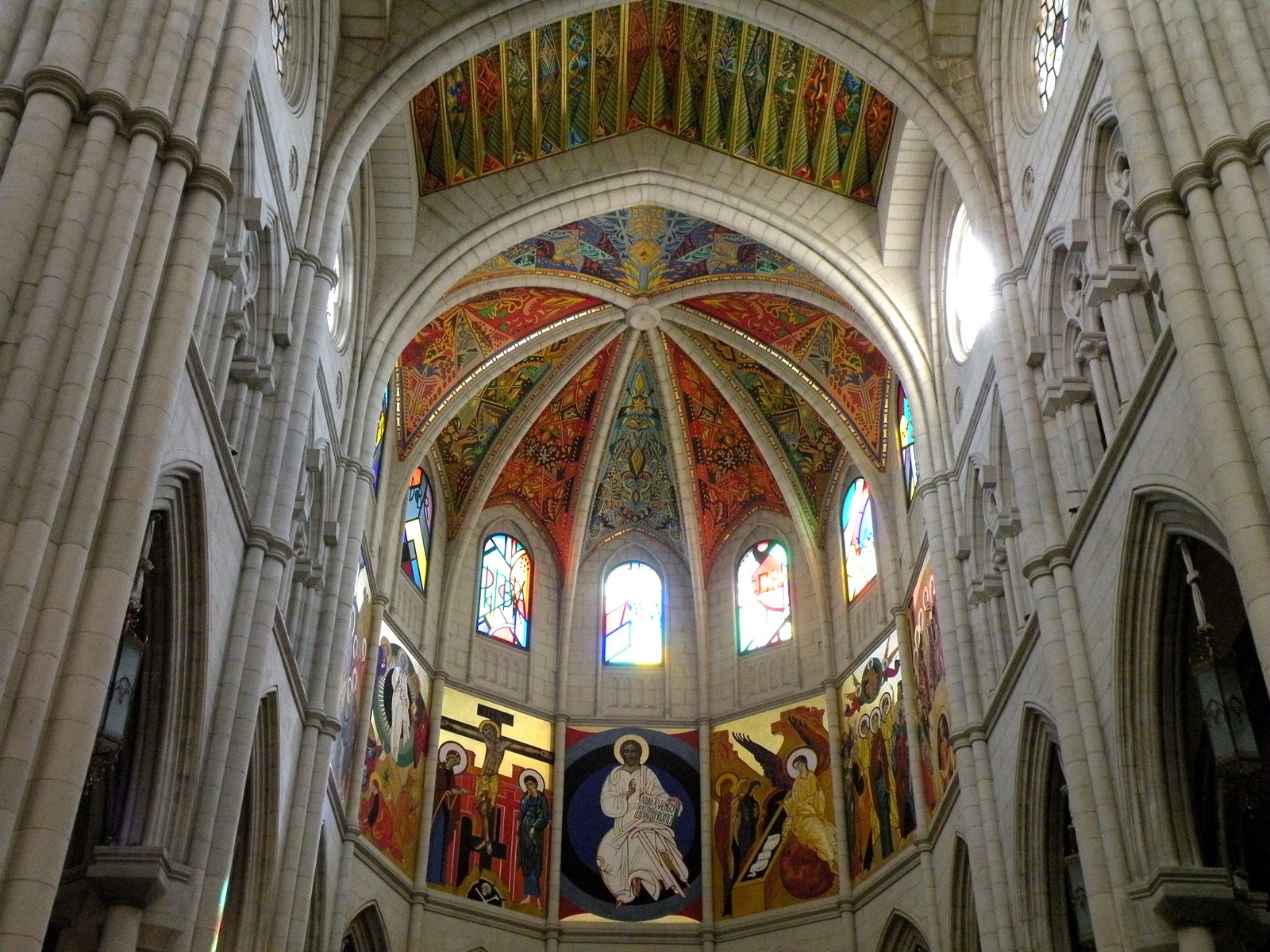 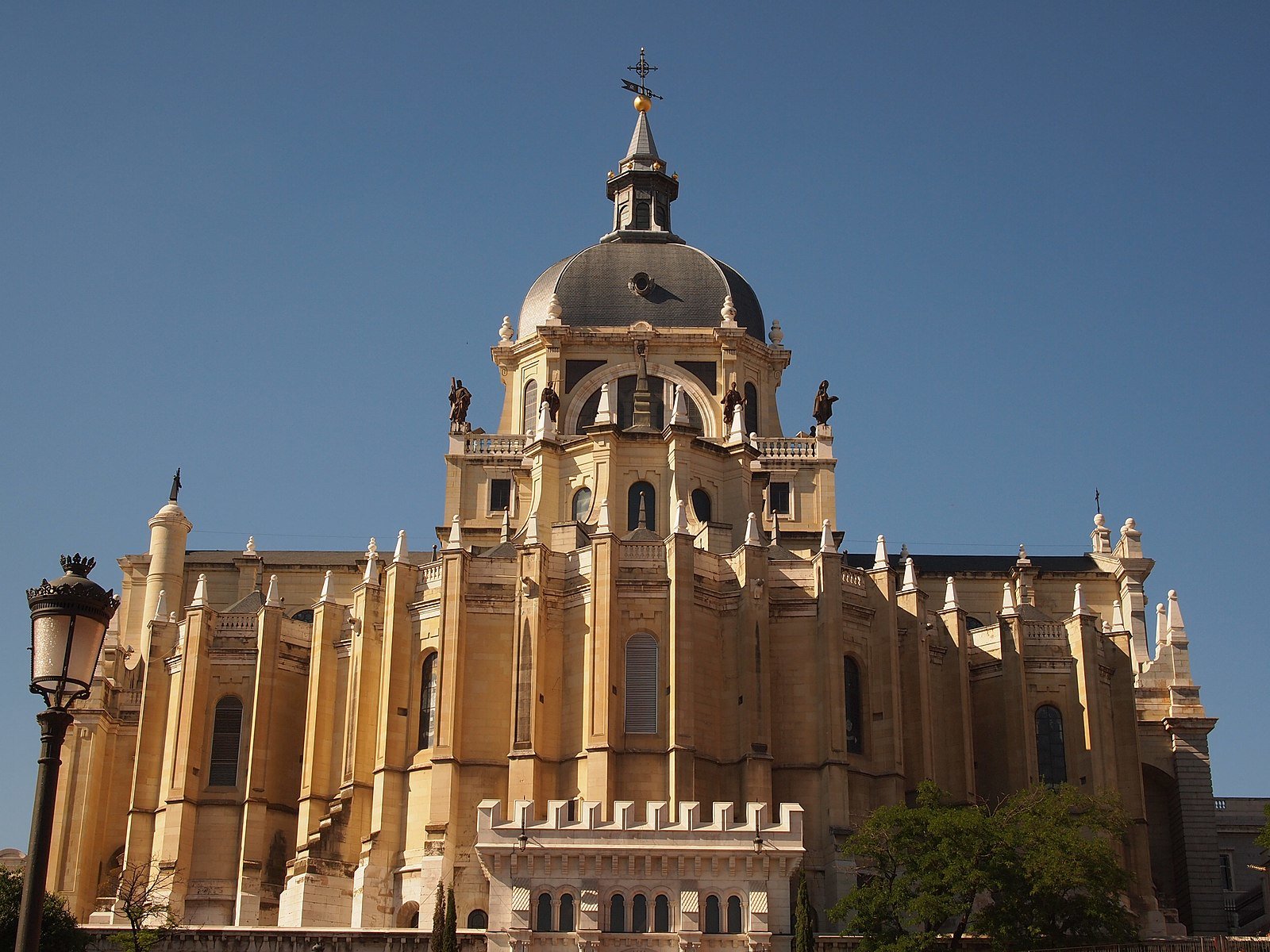 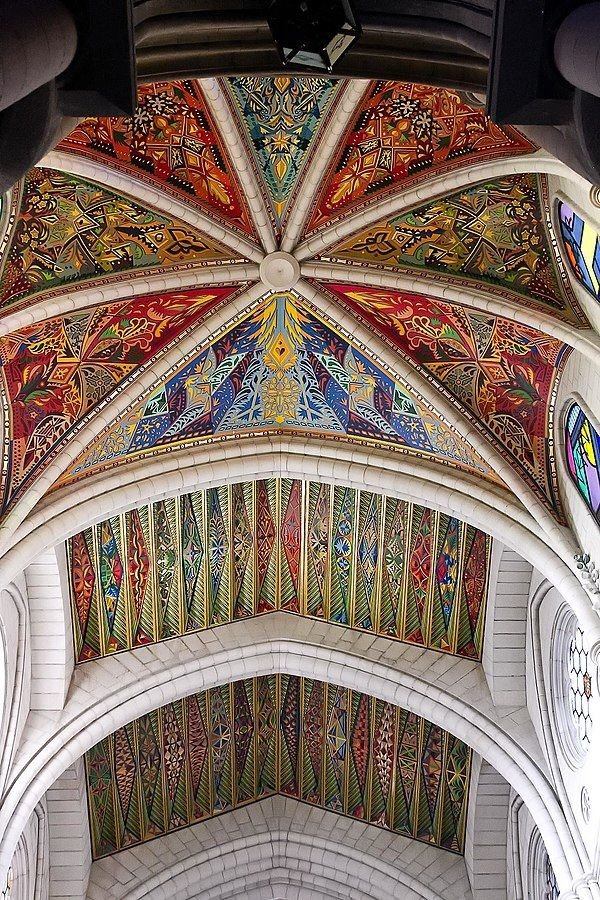 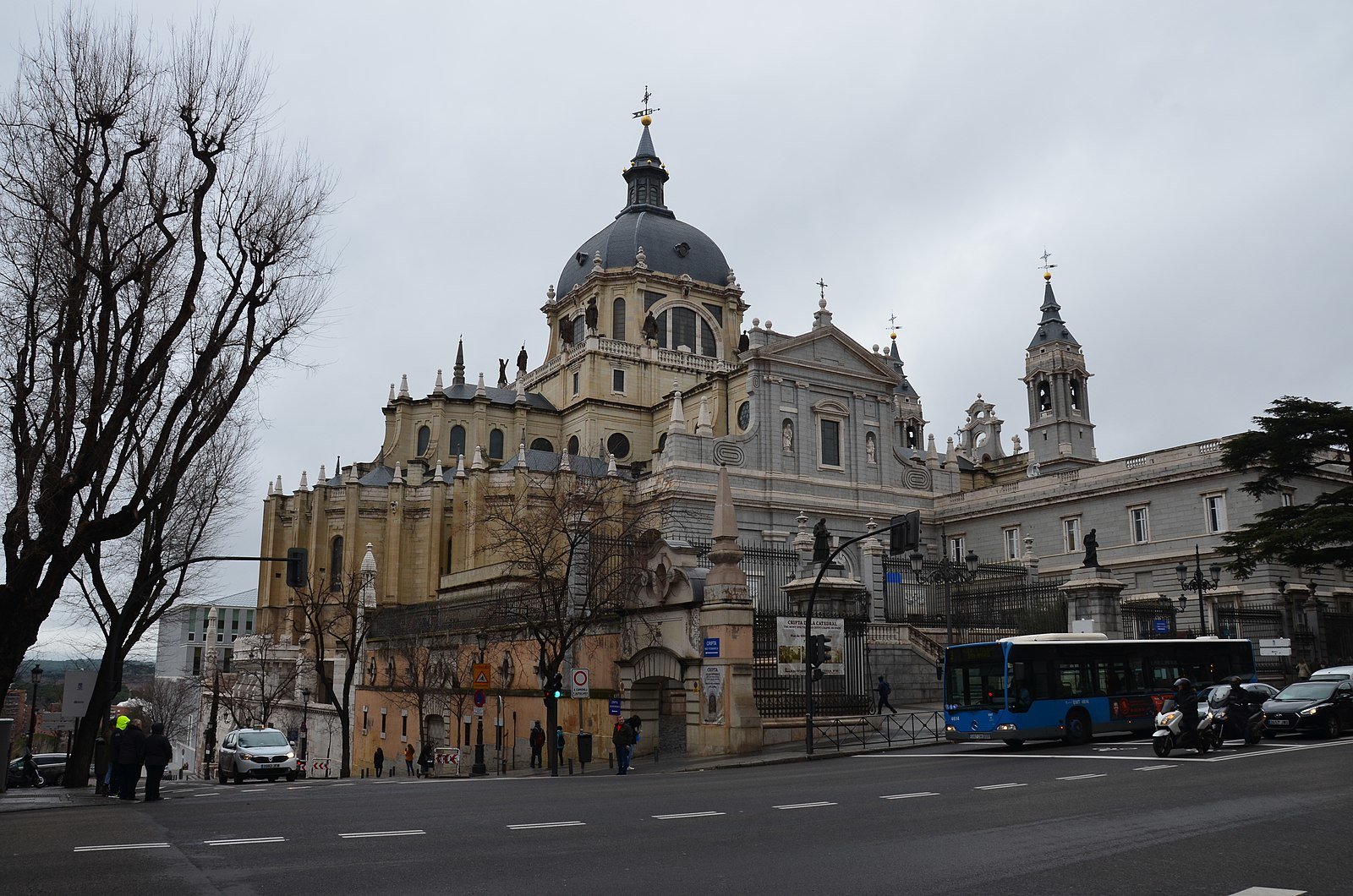 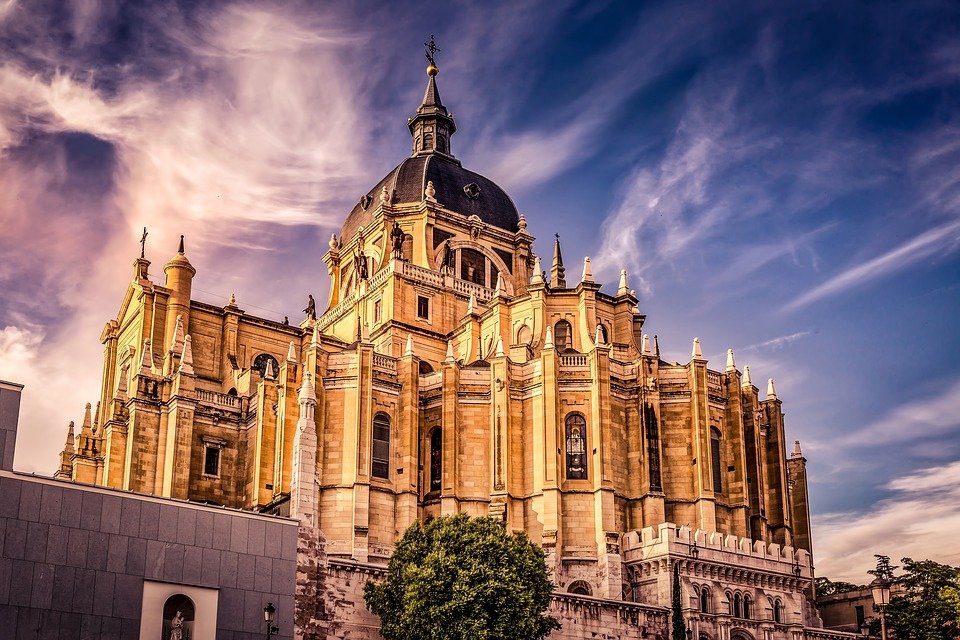 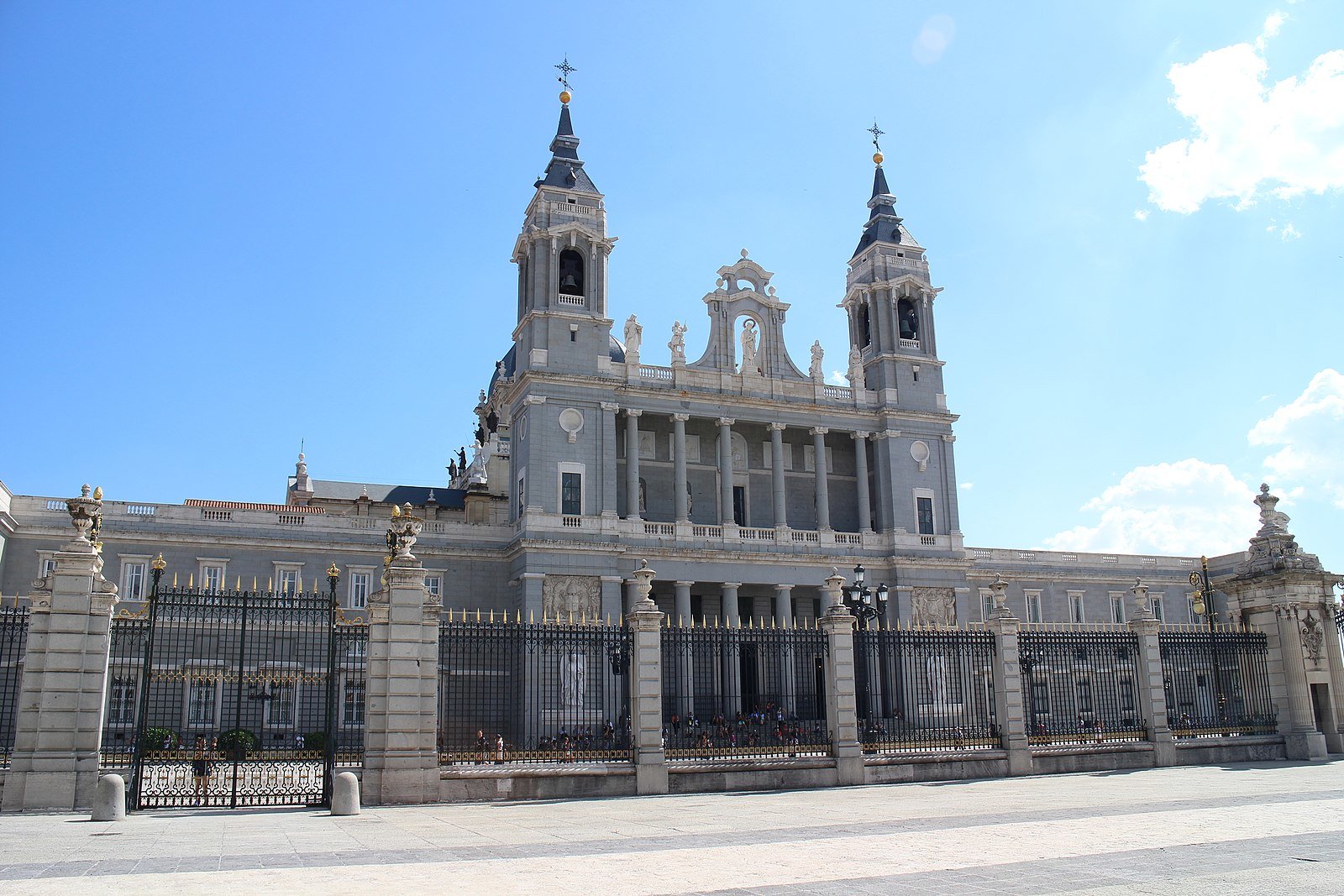 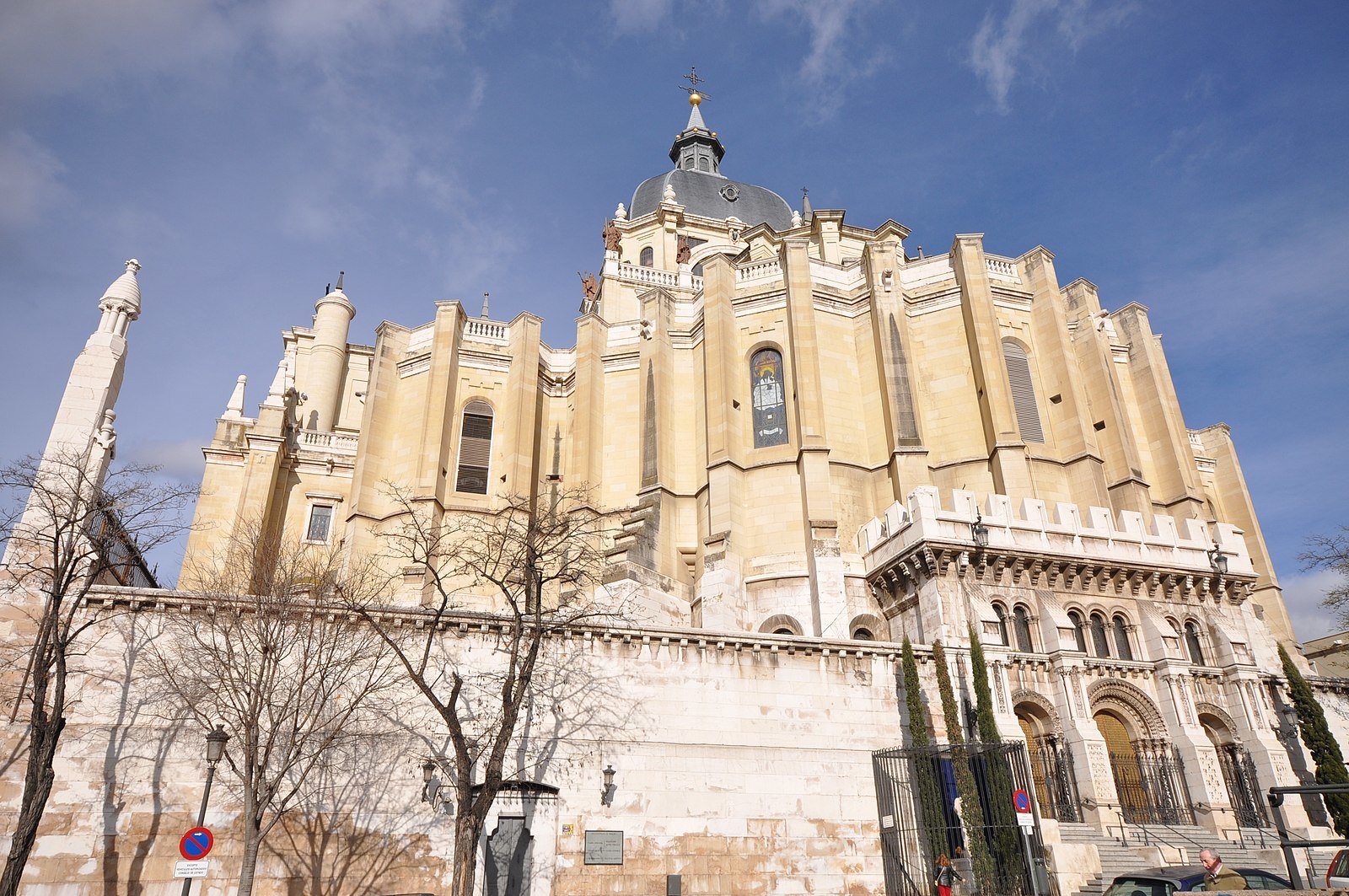 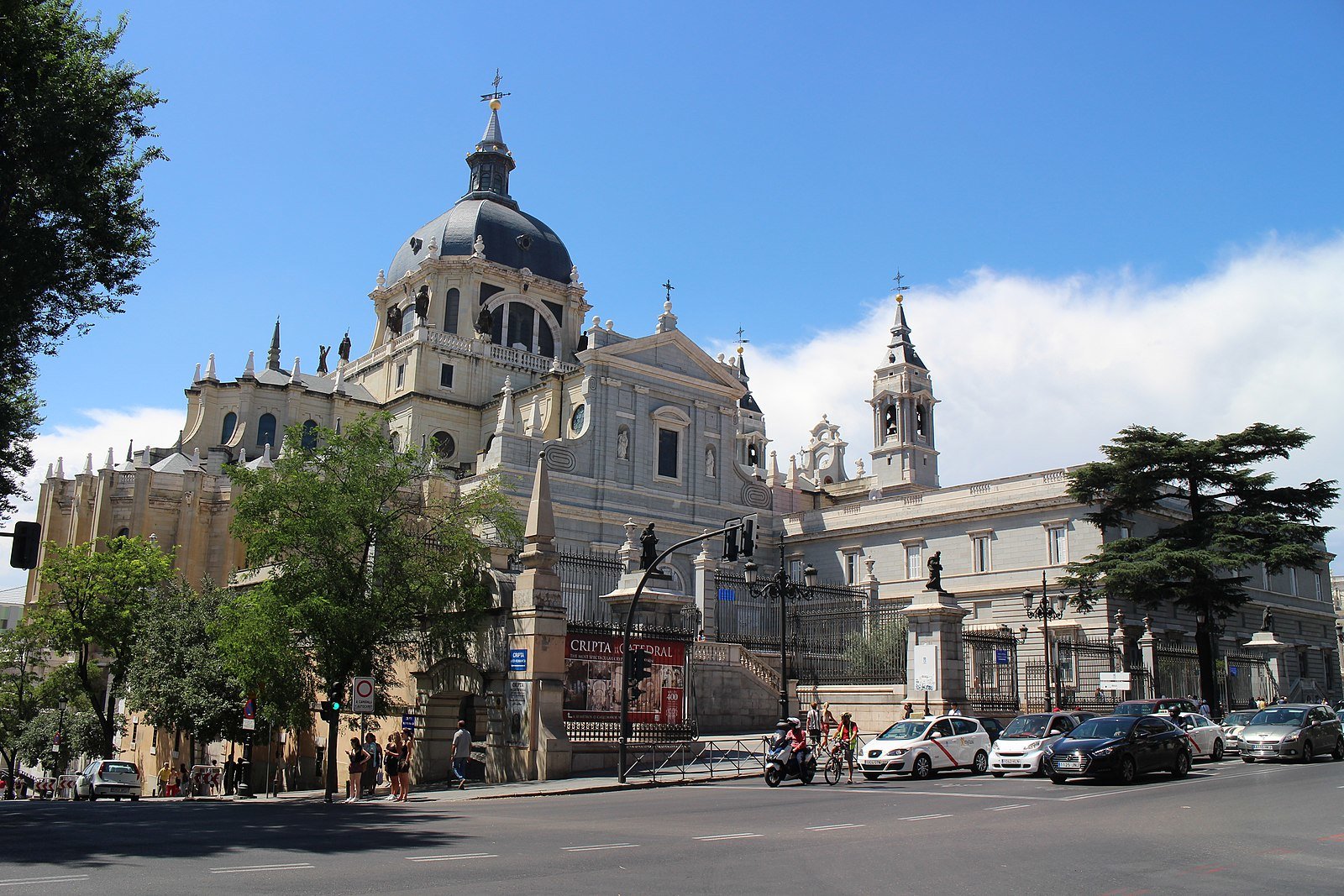 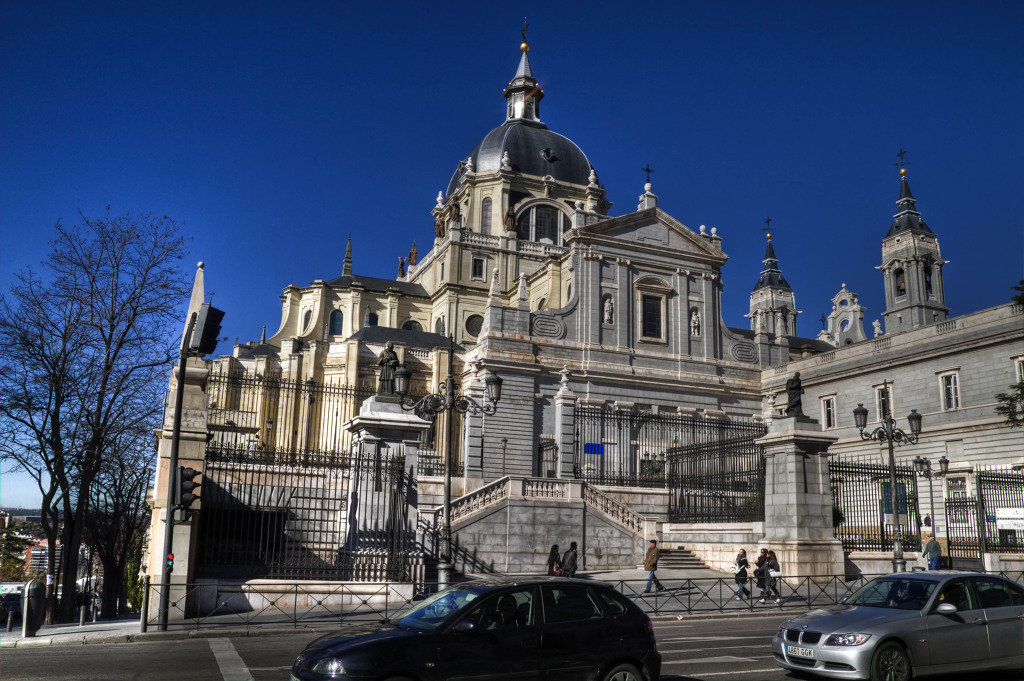 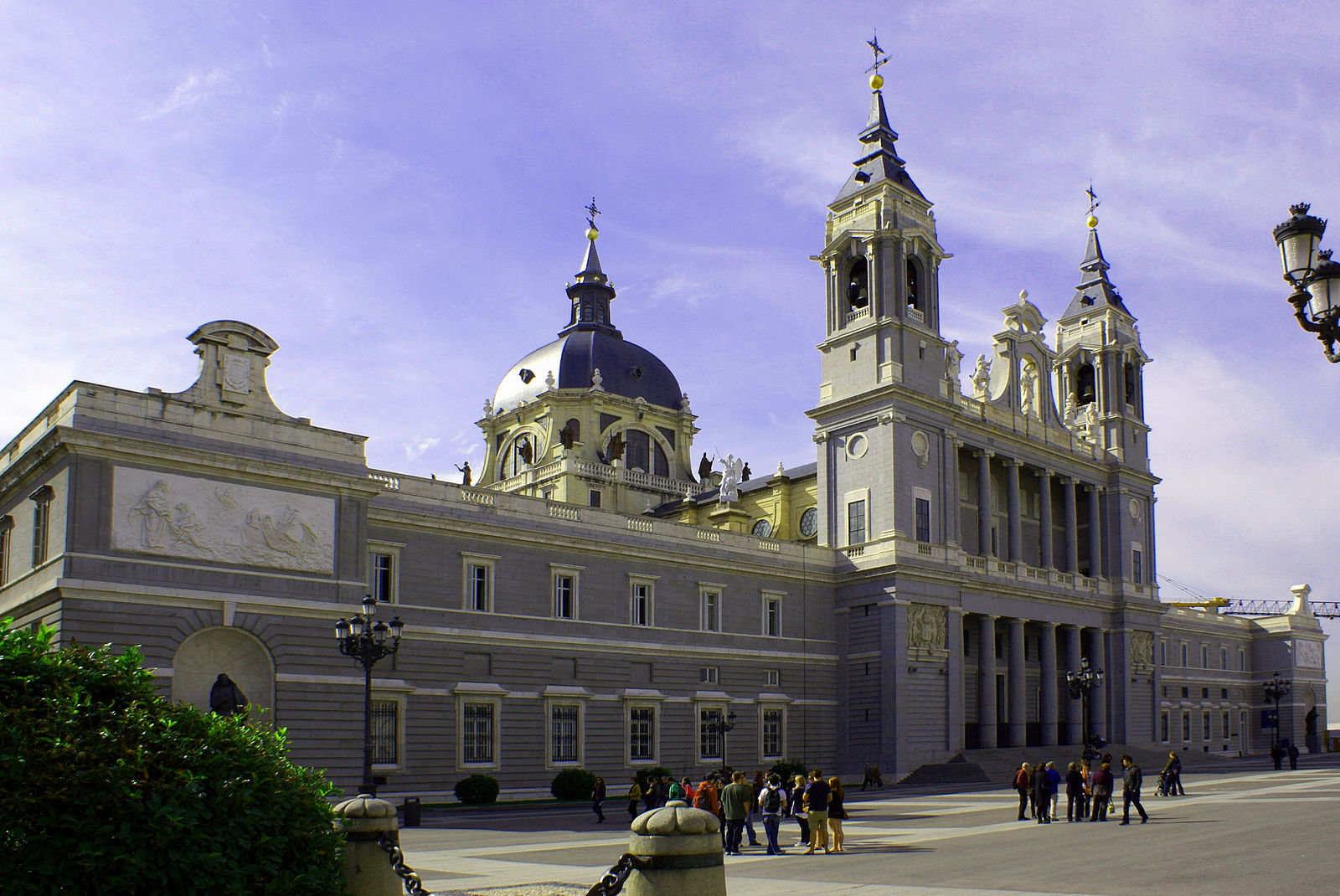 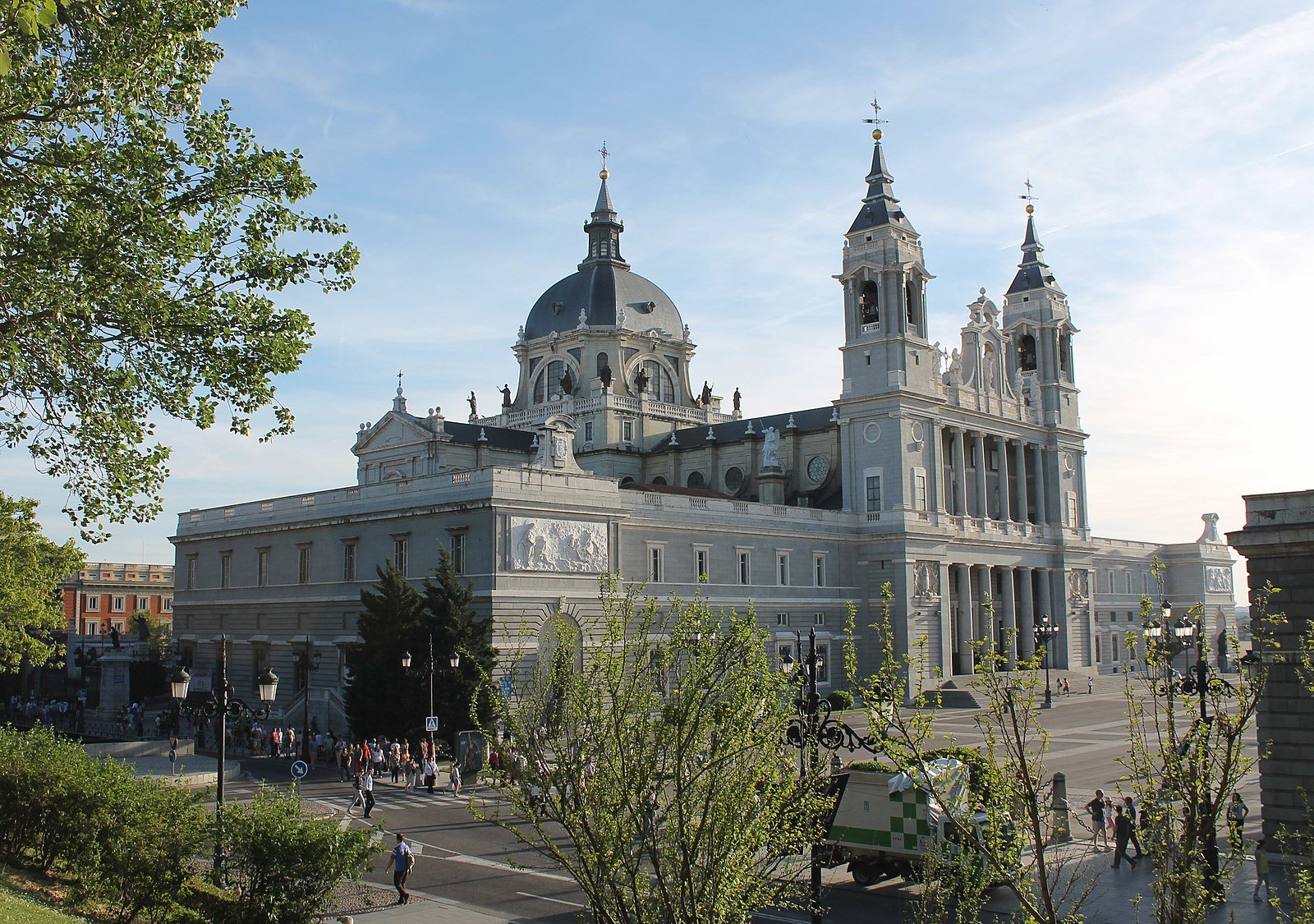 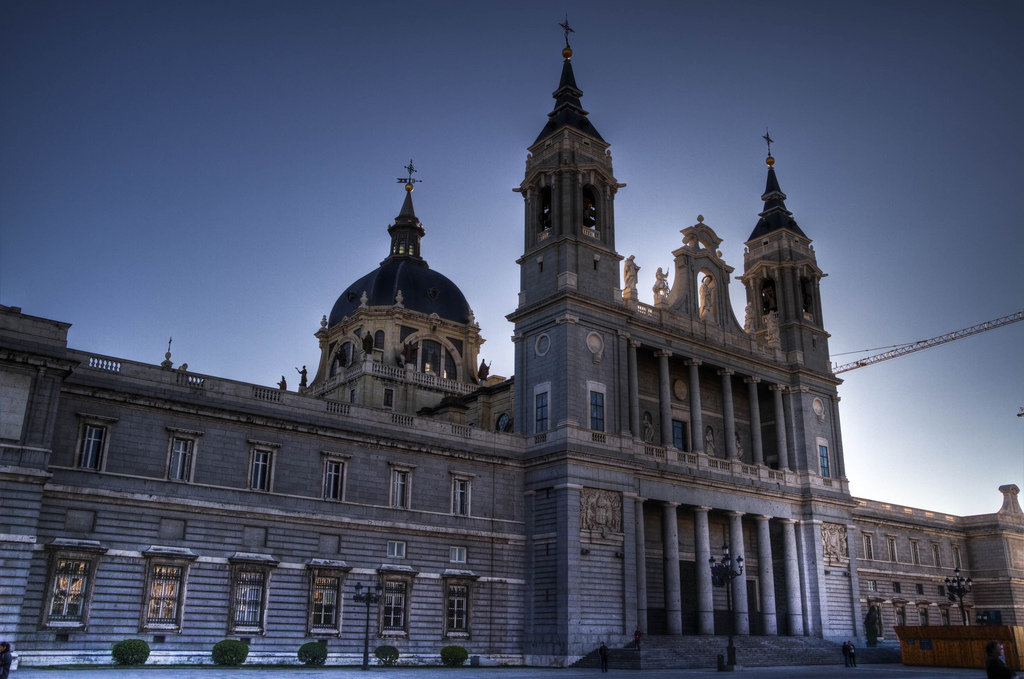 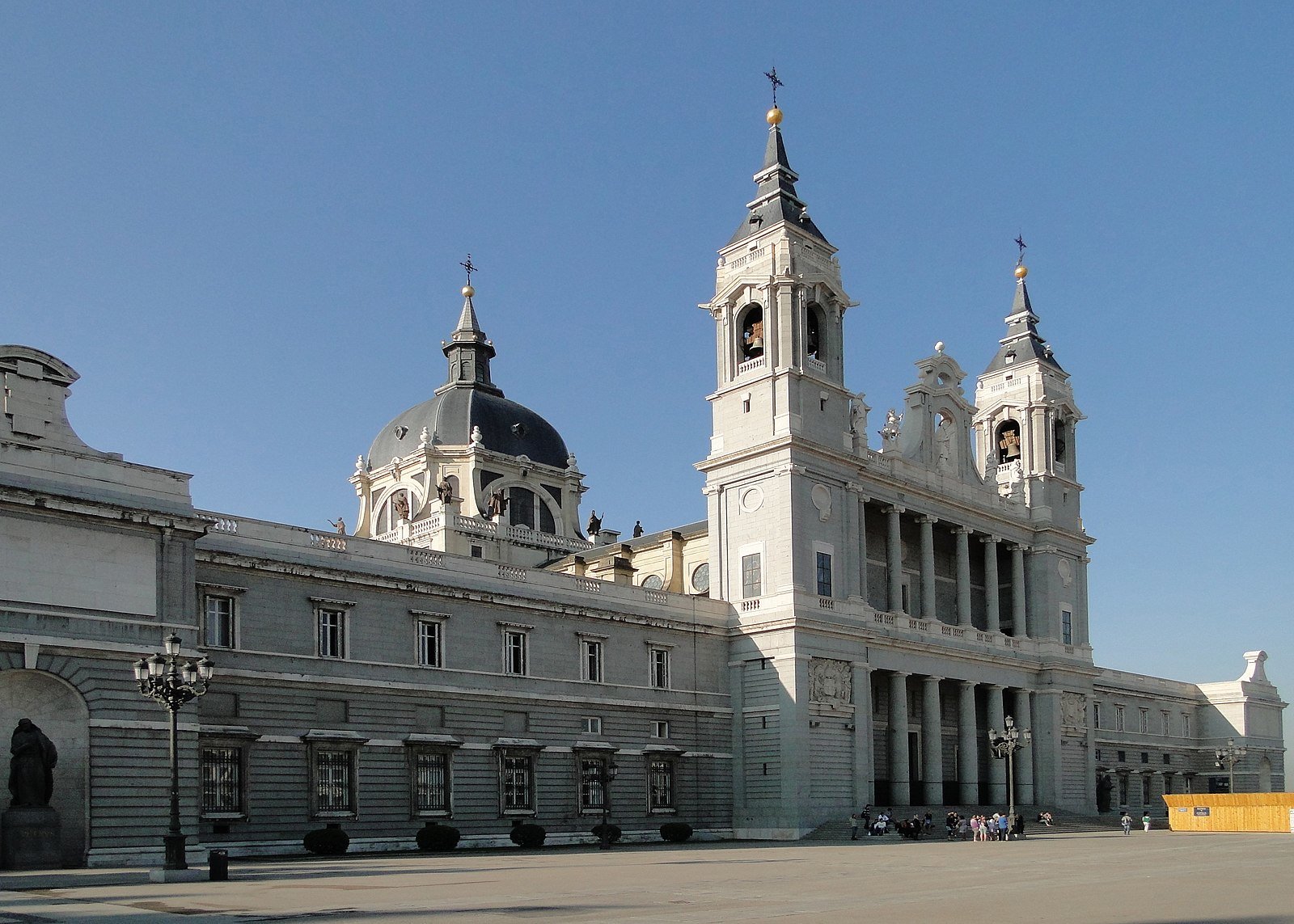