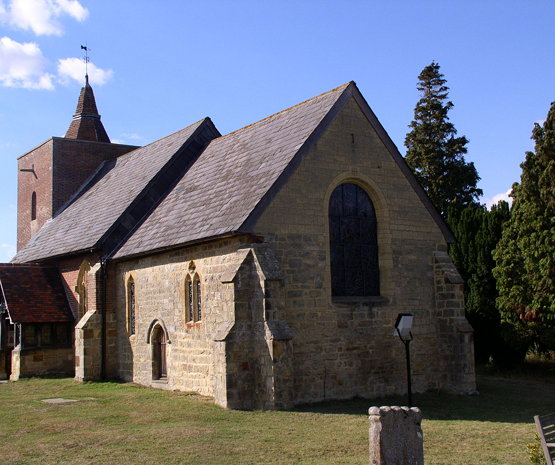 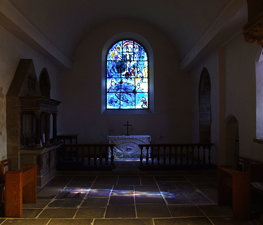 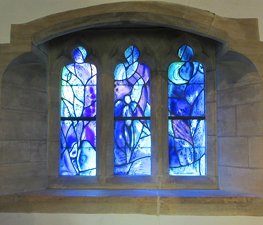 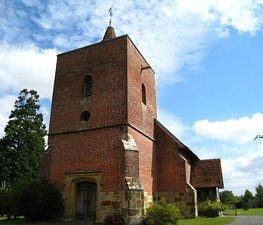 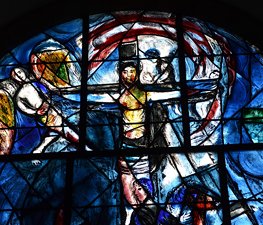 All Saints' Church in Tudeley, Kent, England, is the only church in the world that has all its windows in stained glass designed by Marc Chagall.

A place of worship has existed in Tudeley since the seventh century, then one of only four in the Weald. The sandstone footings of the nave and tower may date from before the Norman conquest, and the church is listed in the Domesday Book under the village's alternative name of Tivedale. In 1293 the church was given to Tonbridge Priory. The majority of the existing structure was created in the later medieval period, during the 13th and 14th centuries. After the Dissolution of the Monasteries in 1526, it came under the control of Christ Church, Oxford, and then in 1529 became controlled by the Crown, before returning to private hands in 1548. Today it is part of the Diocese of Rochester.

The structure was extensively restored and renovated from the late 18th century, rebuilt in red Flemish Bond brick at a cost of £1,125. Much of the earlier stone shell of the chancel survived, as well as the lower walls of the nave and west tower. Three bells were also cast at this time and hung in the tower, and the roof topped with blue slate. The extant brick tower was constructed in 1765 and in 1798 the church was described as being rebuilt. In 1871-5 Robert Medley Fulford rebuilt the nave and added the north aisle in Bath stone, and in 1885 the chancel arch was constructed and the 1571 Fane monument restored. The monument is to George Fane (1512-1572) Sheriff of Kent in 1557-8, son of Richard Fane by his wife Agnes Stidulf, the daughter and heiress of Henry Stidulf of Badsell, the son of Thomas Stidulf and his wife Marion Badsell, whose monumental brass is in the chancel.

On 19 September 1963, Sarah the daughter of Sir Henry and Lady D'Avigdor-Goldsmid who owned nearby Somerhill House, was drowned in a sailing accident off Rye, East Sussex. In her memory, the couple commissioned Russian-French artist Marc Chagall to design a stained glass window for the church. which was installed in 1967. When Chagall arrived for the dedication of the east window in 1967, and saw the church for the first time, he exclaimed "C'est magnifique! Je les ferai tous!" ("It's magnificent! I will do them all!") Over the next ten years Chagall designed the remaining eleven windows, made again in collaboration with the glassworker Charles Marq in his workshop at Reims in northern France. The last windows were installed in 1985, just before Chagall's death.

Rory Sutherland
One of the most astonishing - and surprisingly little-known - parish churches in Britain. The windows are all by Marc Chagall. Honest.

Tudeley All Saints on Foursquare

Hadlow Castle is a Grade I listed country house and tower in Hadlow,

The Hop Farm Family Park is a 400 acre Country Park in Beltring, near

Add to wishlist
I've been here
Visited
The Pantiles

Mereworth Castle is a grade I listed Palladian country house in

Add to wishlist
I've been here
Visited
Sanctuary of Fátima

The Crystal Cathedral is a Protestant Christian megachurch in the city

Add to wishlist
I've been here
Visited
Church of Our Saviour, Copenhagen

The Church of Our Saviour (Danish: Vor Frelsers Kirke) is a baroque 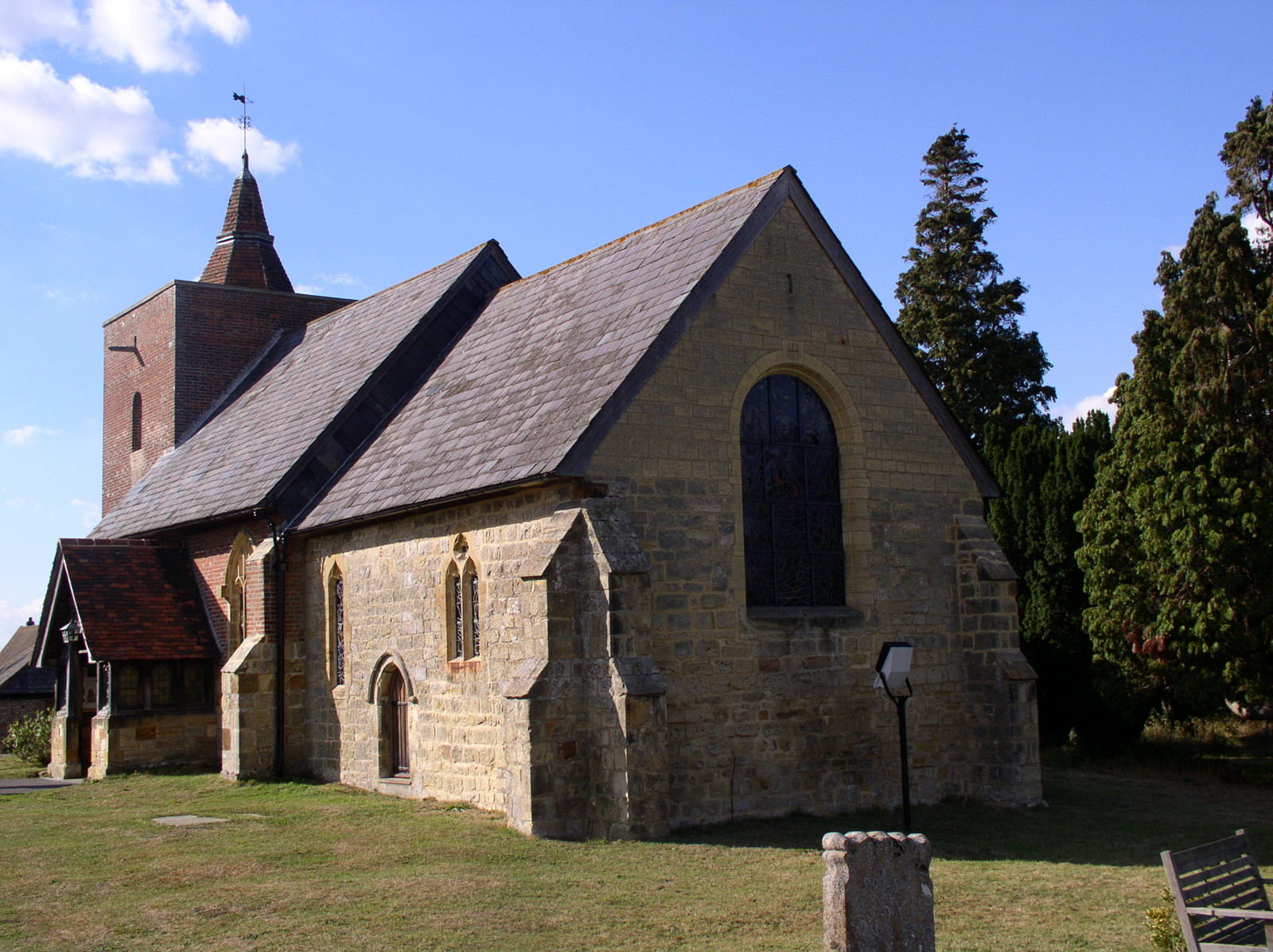 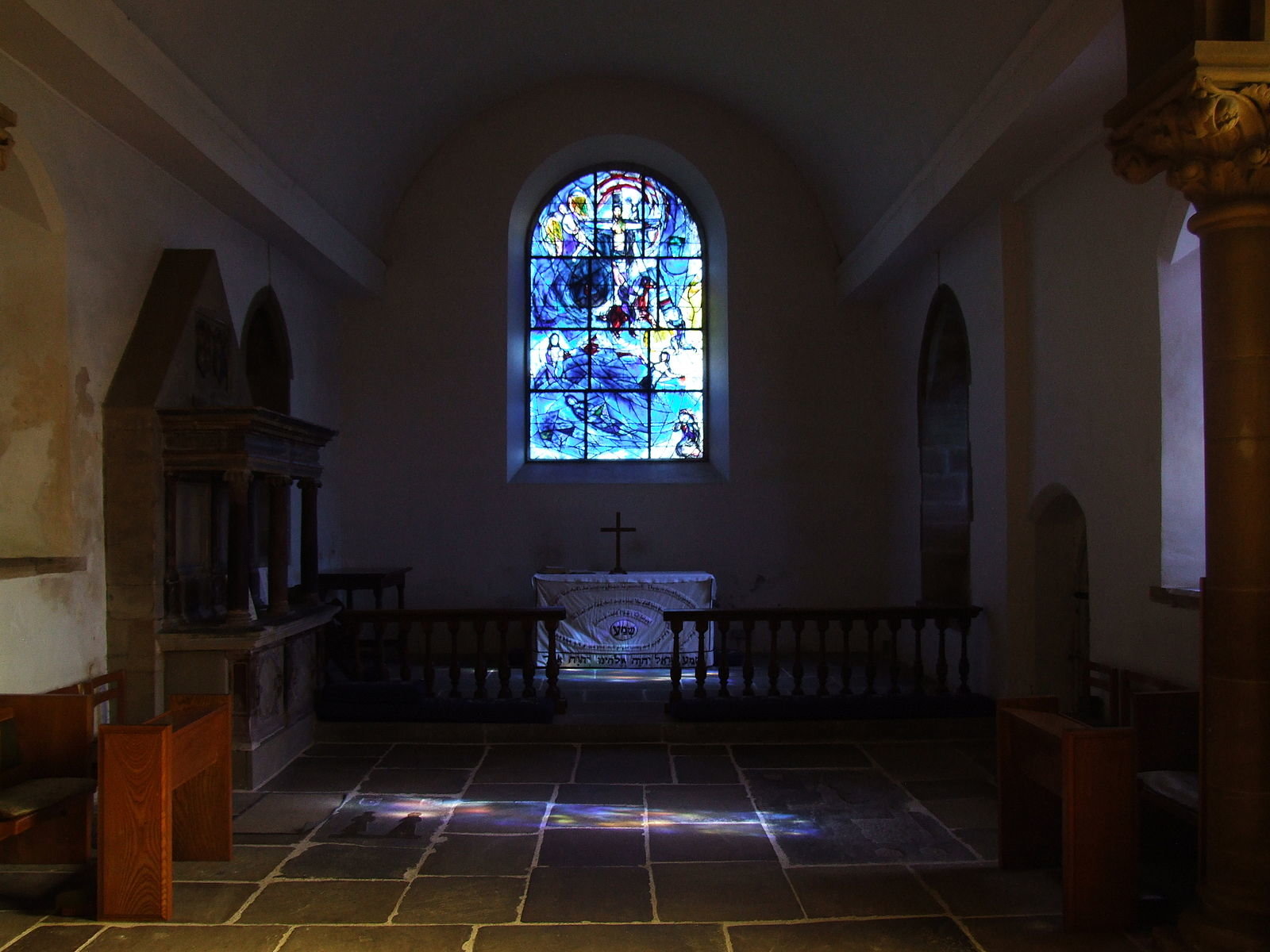 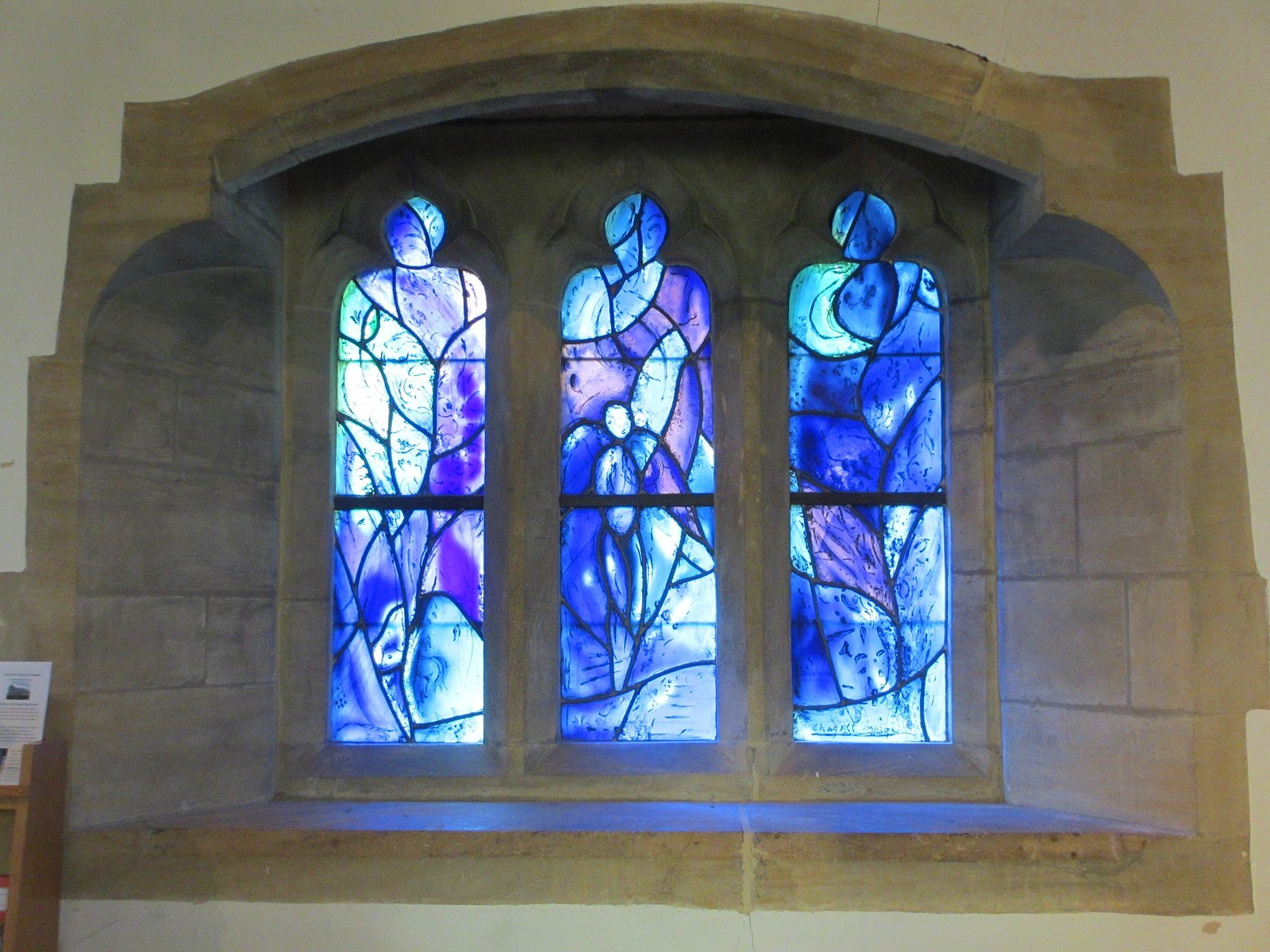 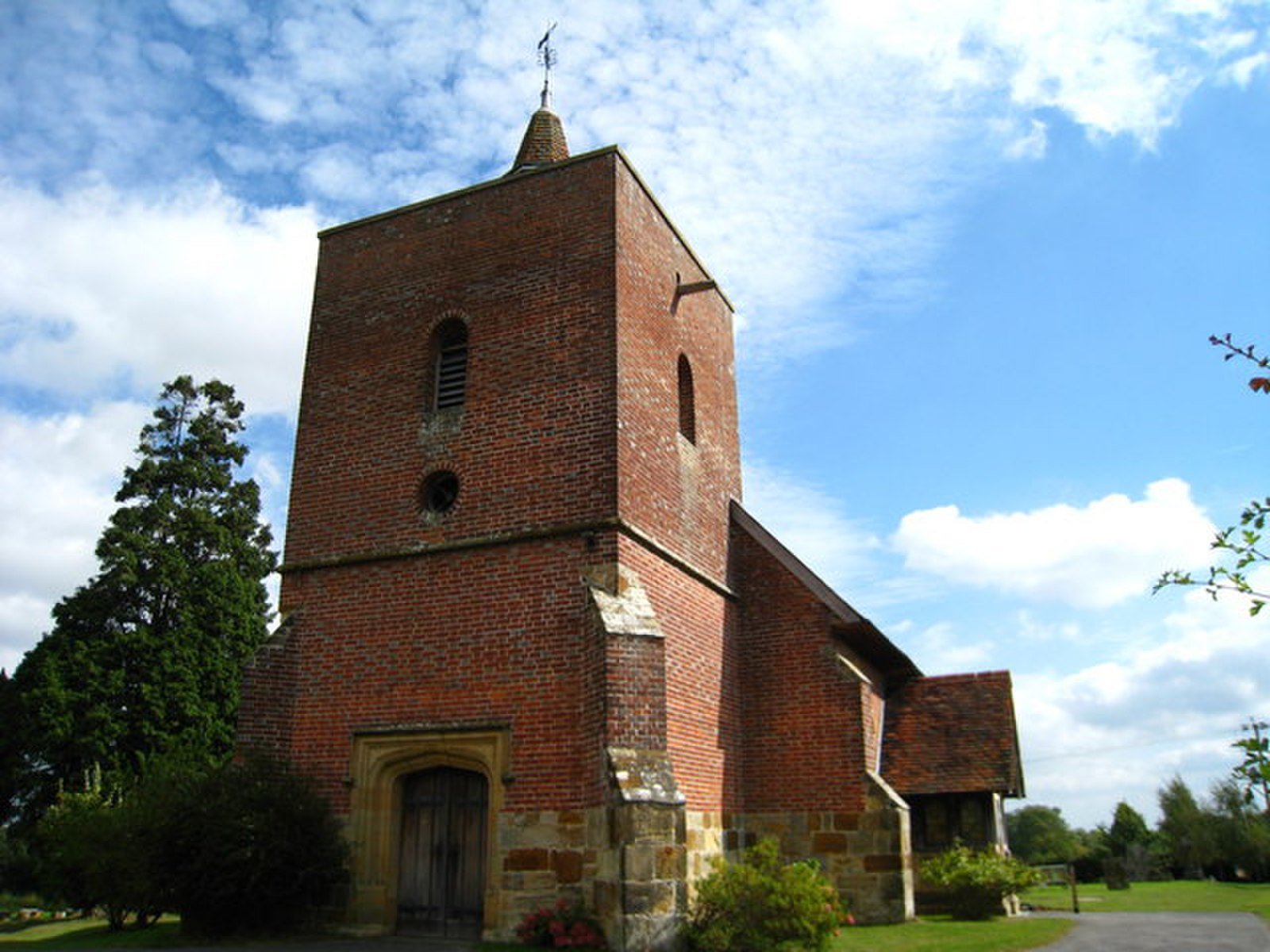 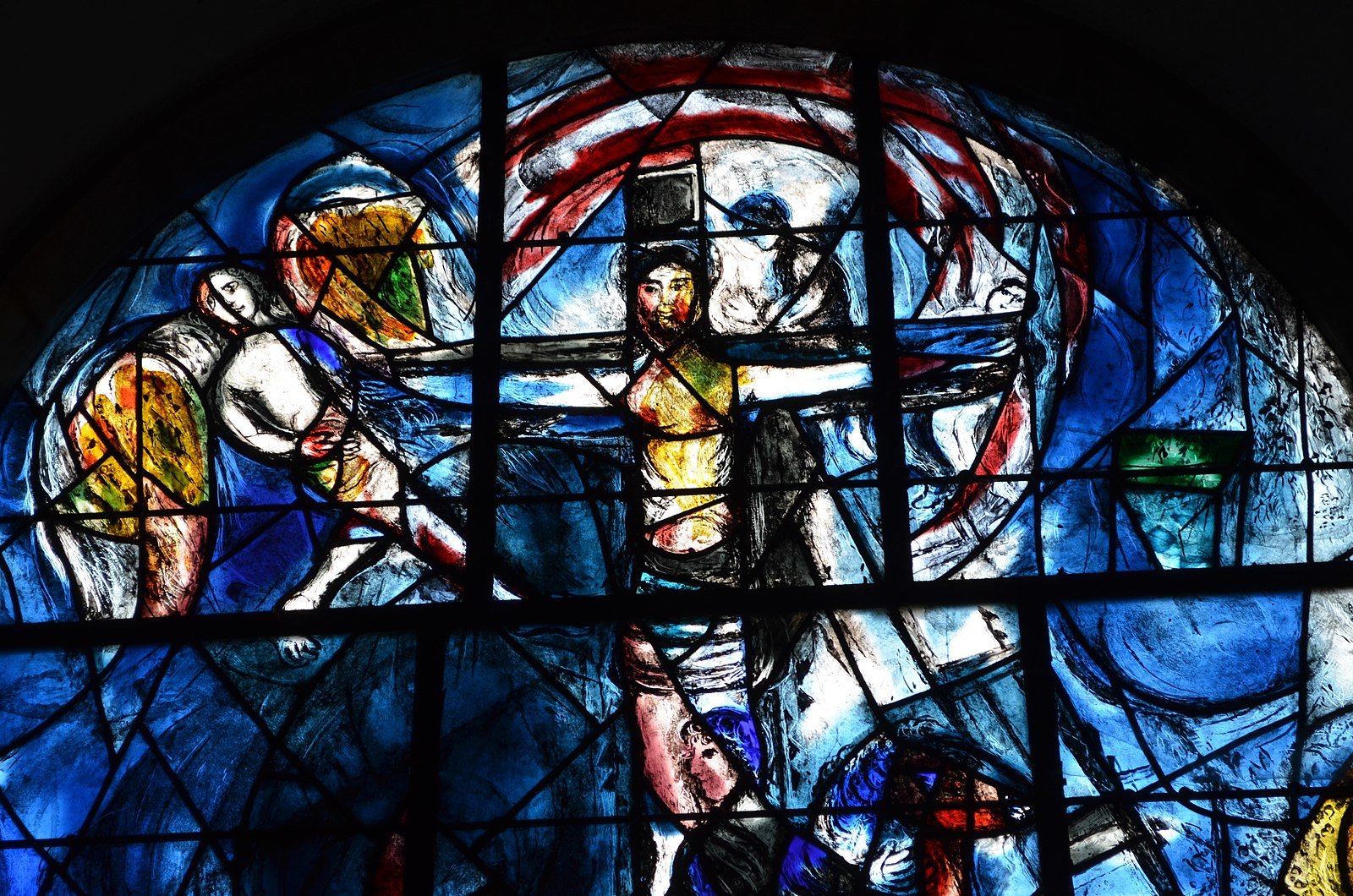 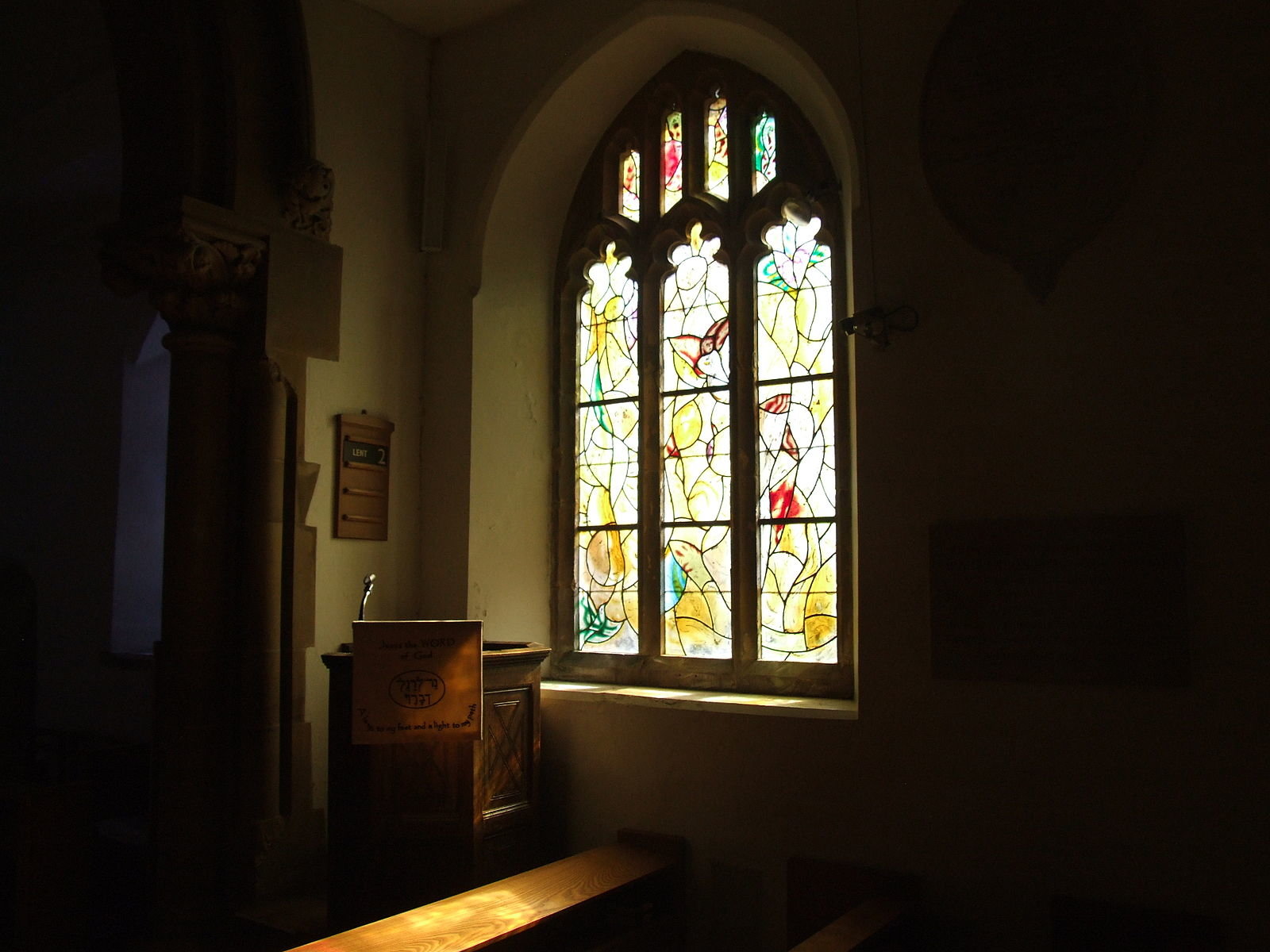 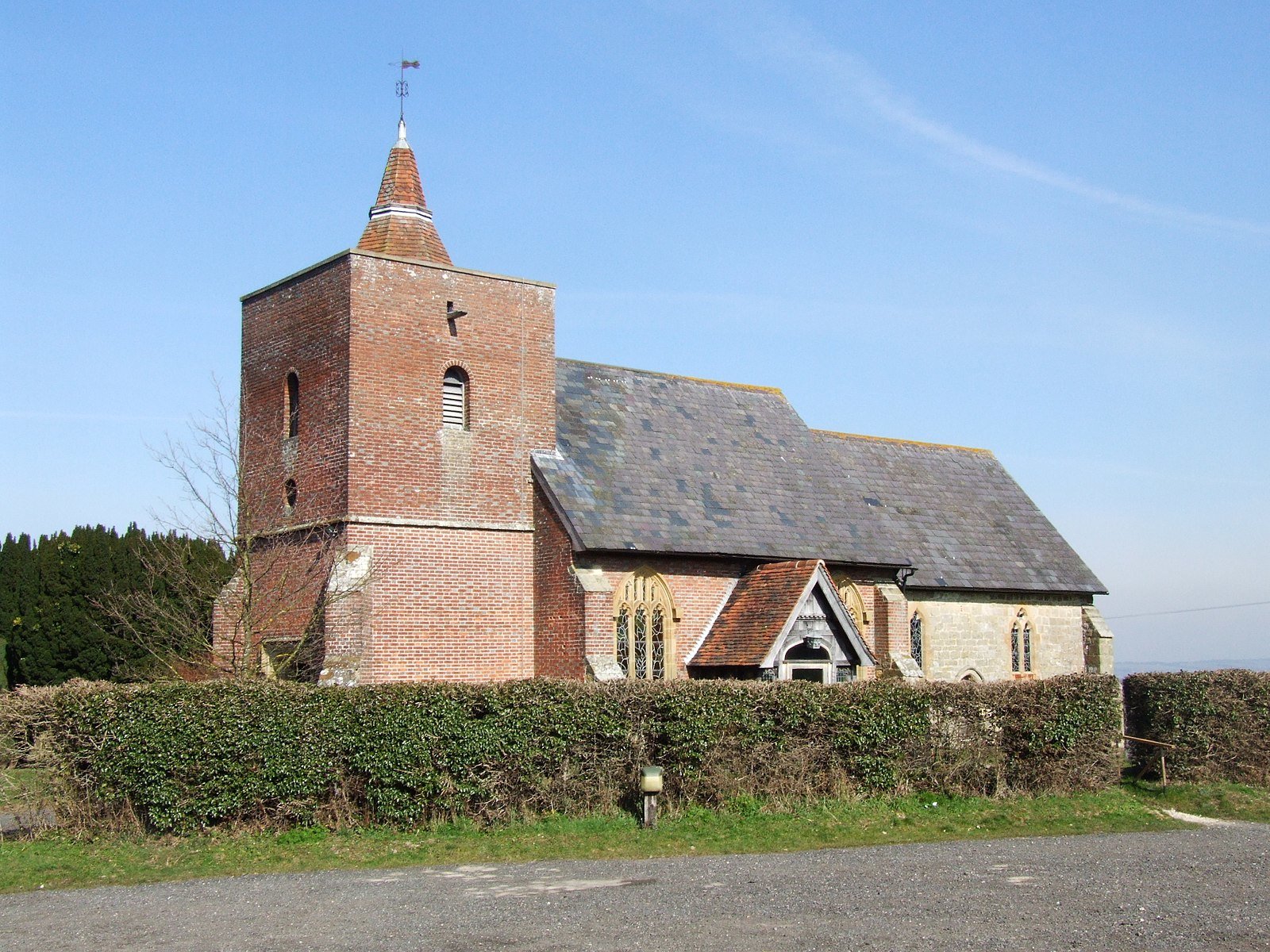 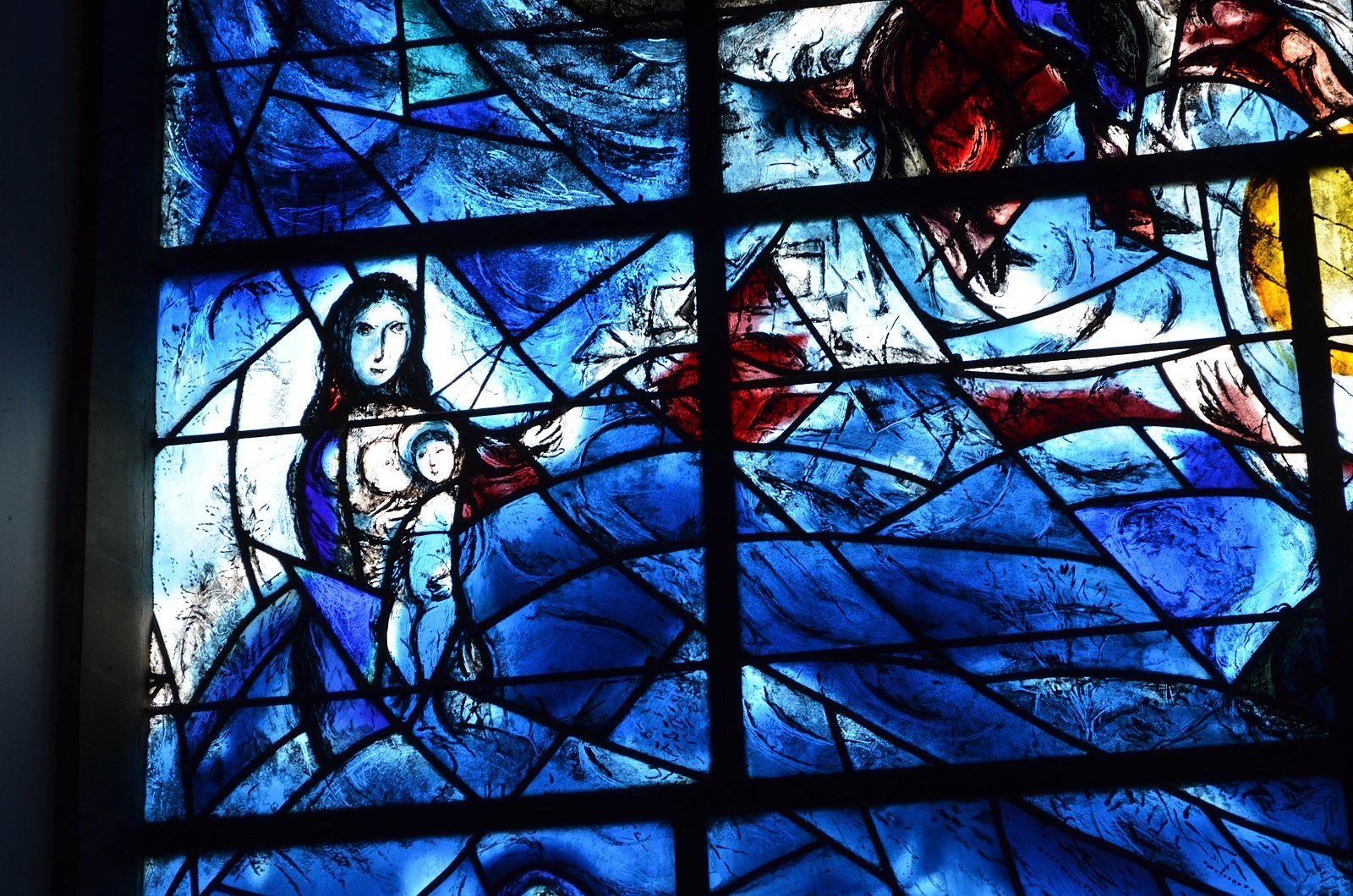 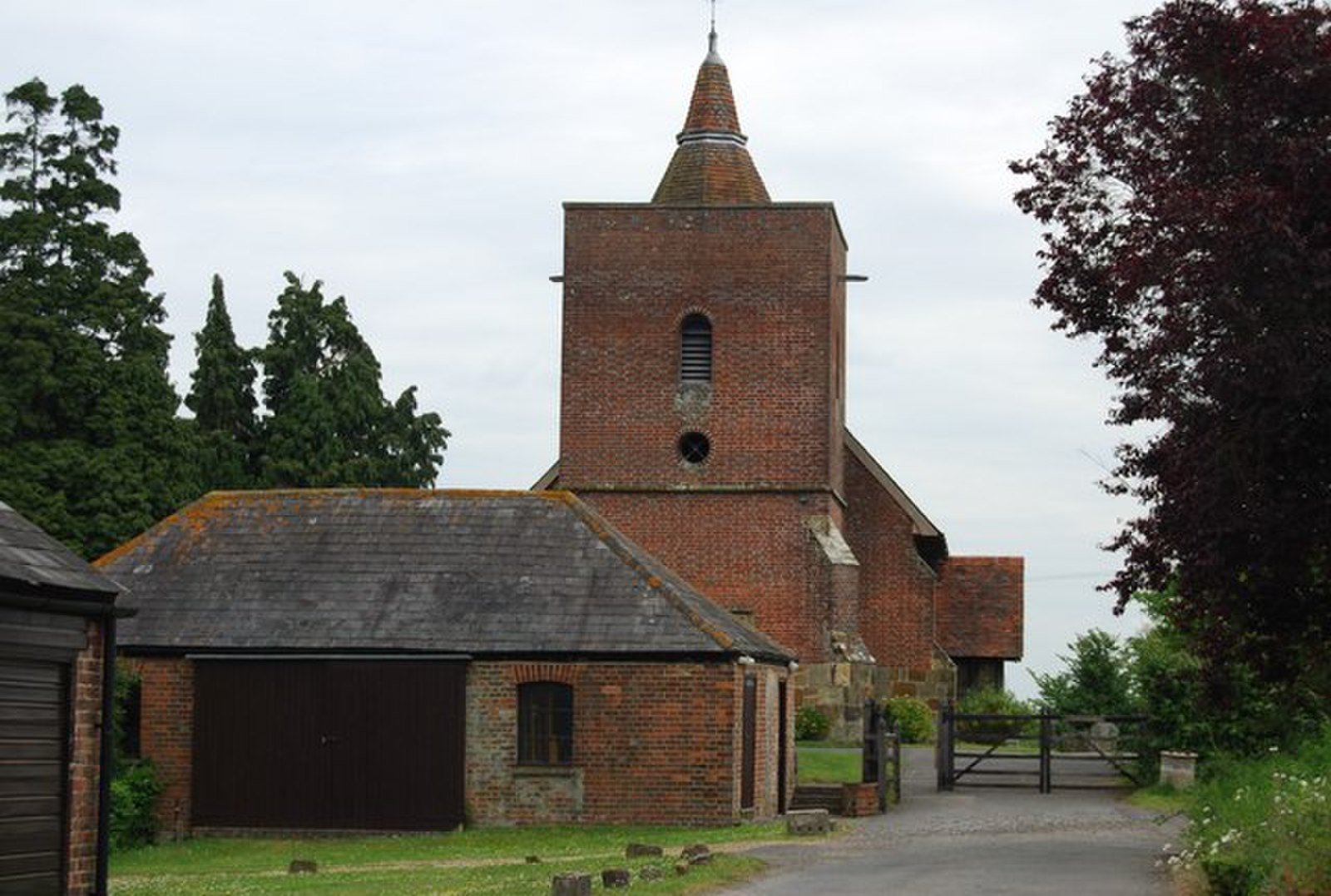 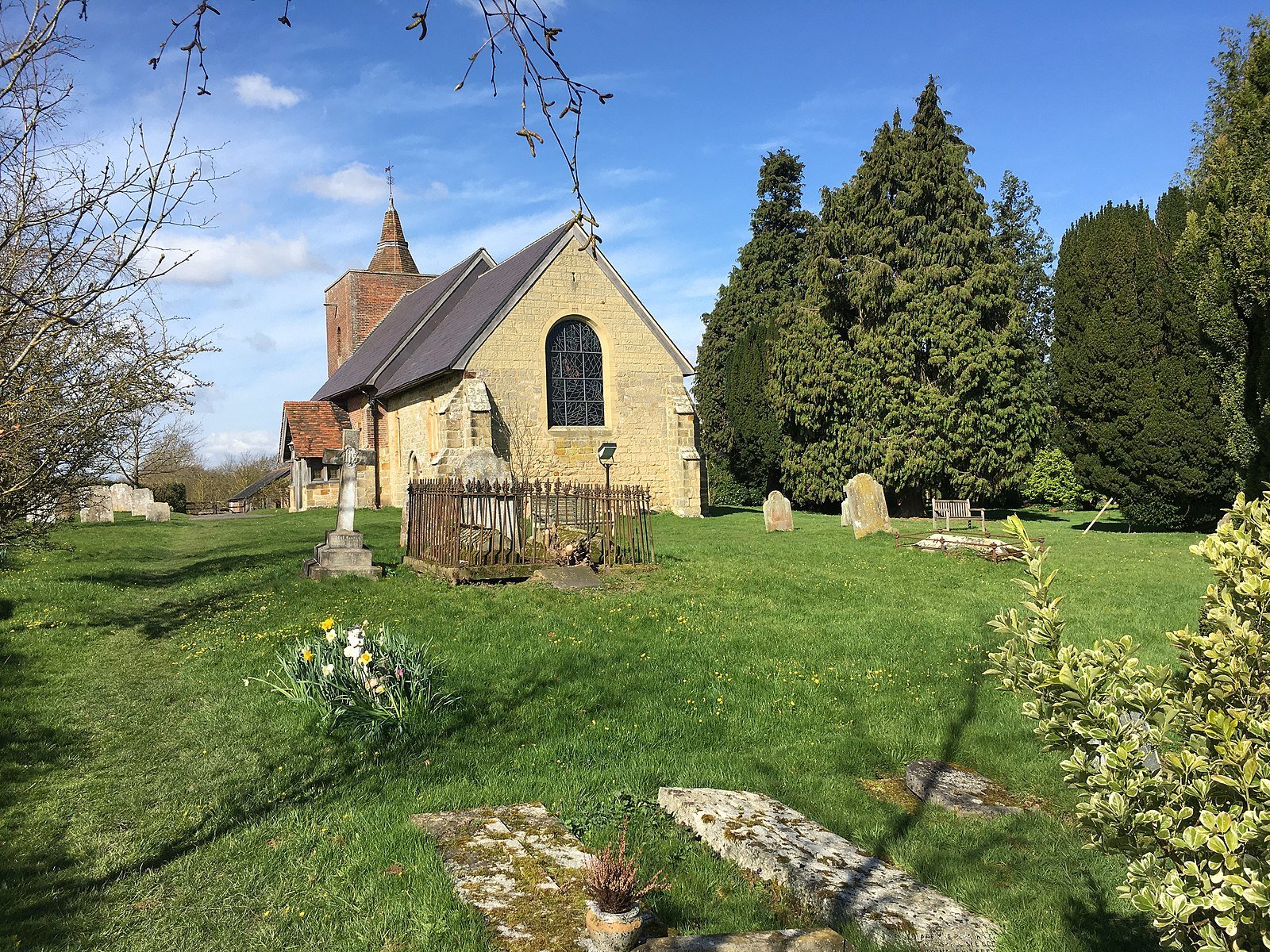 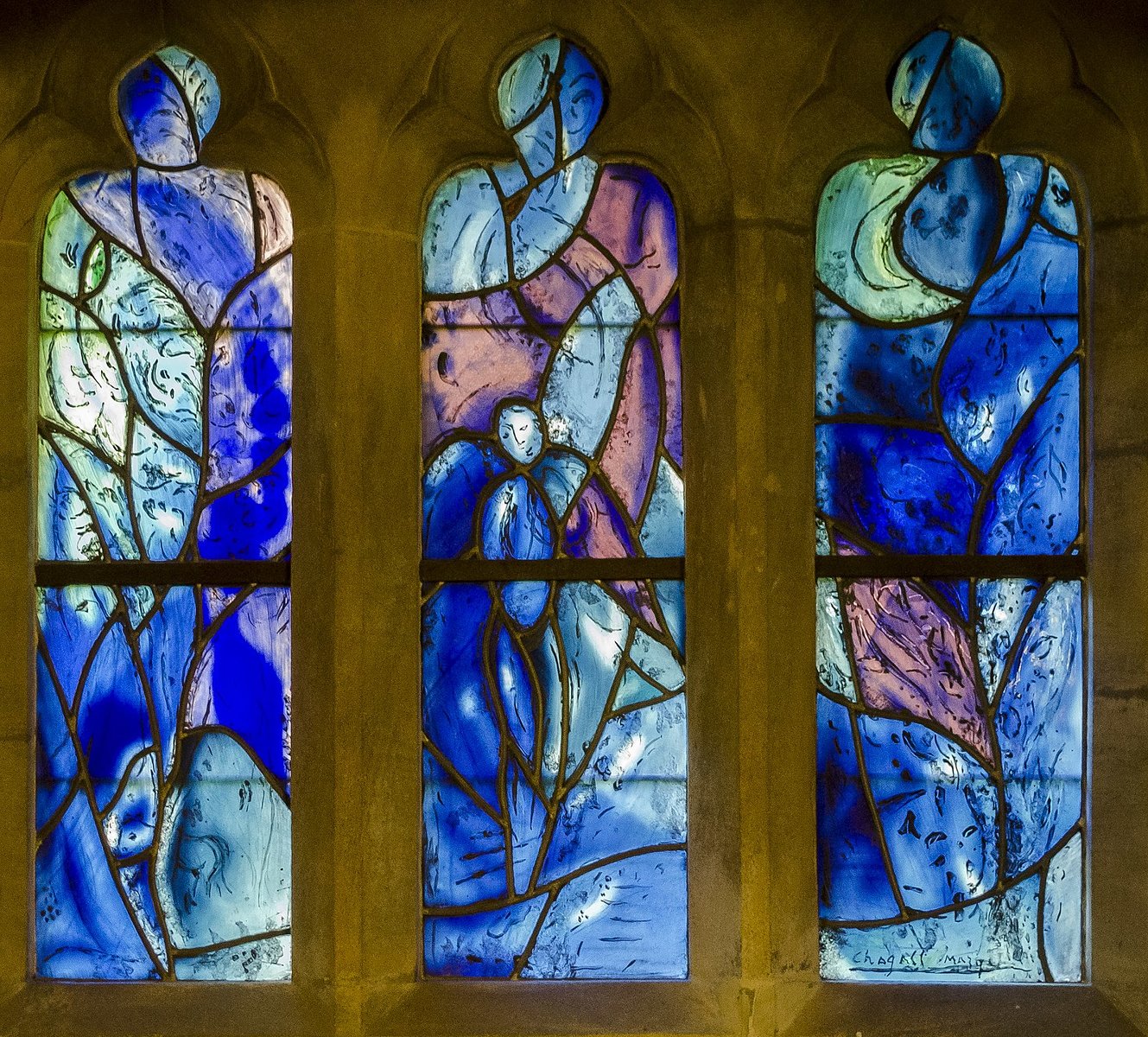 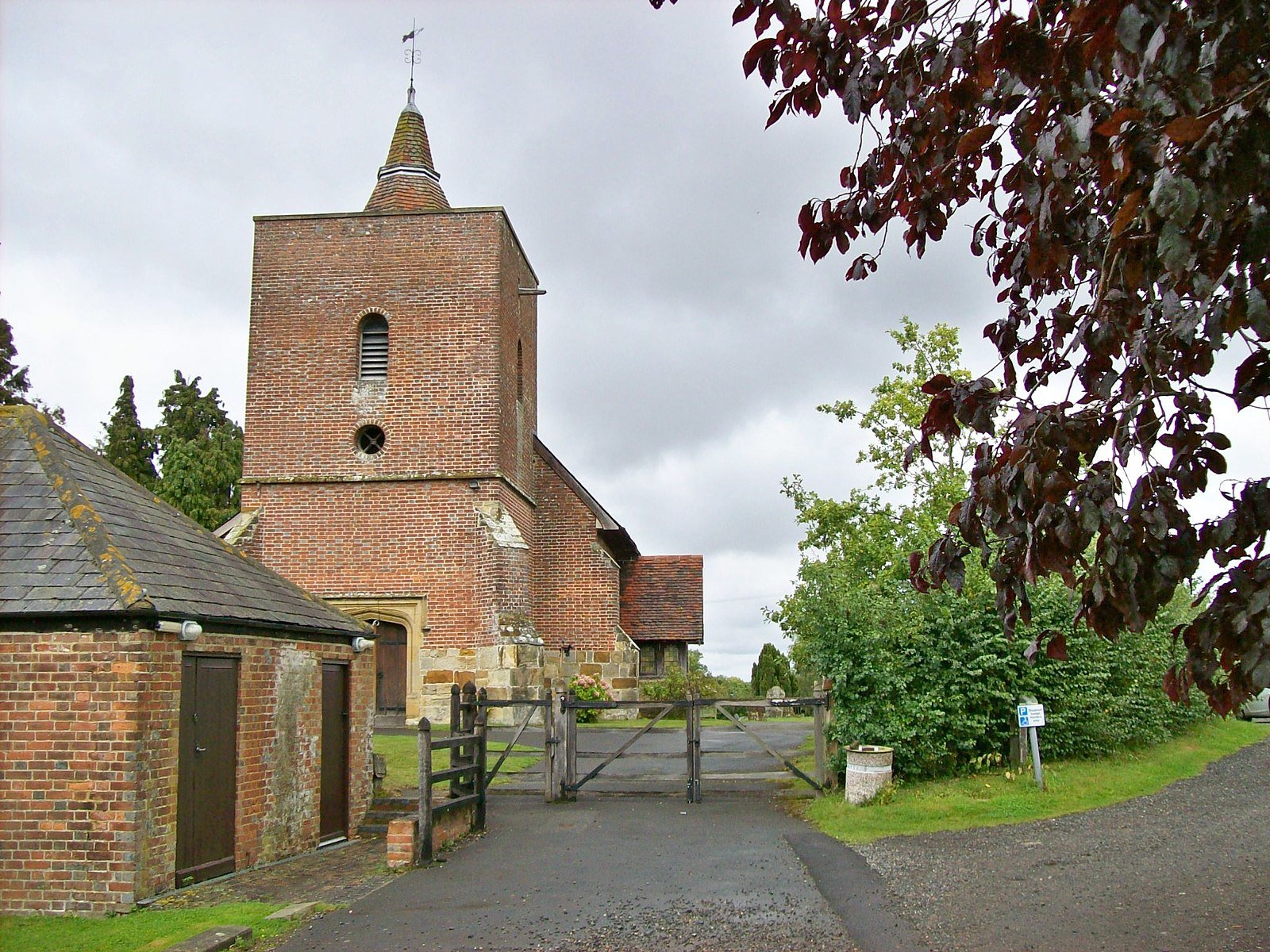 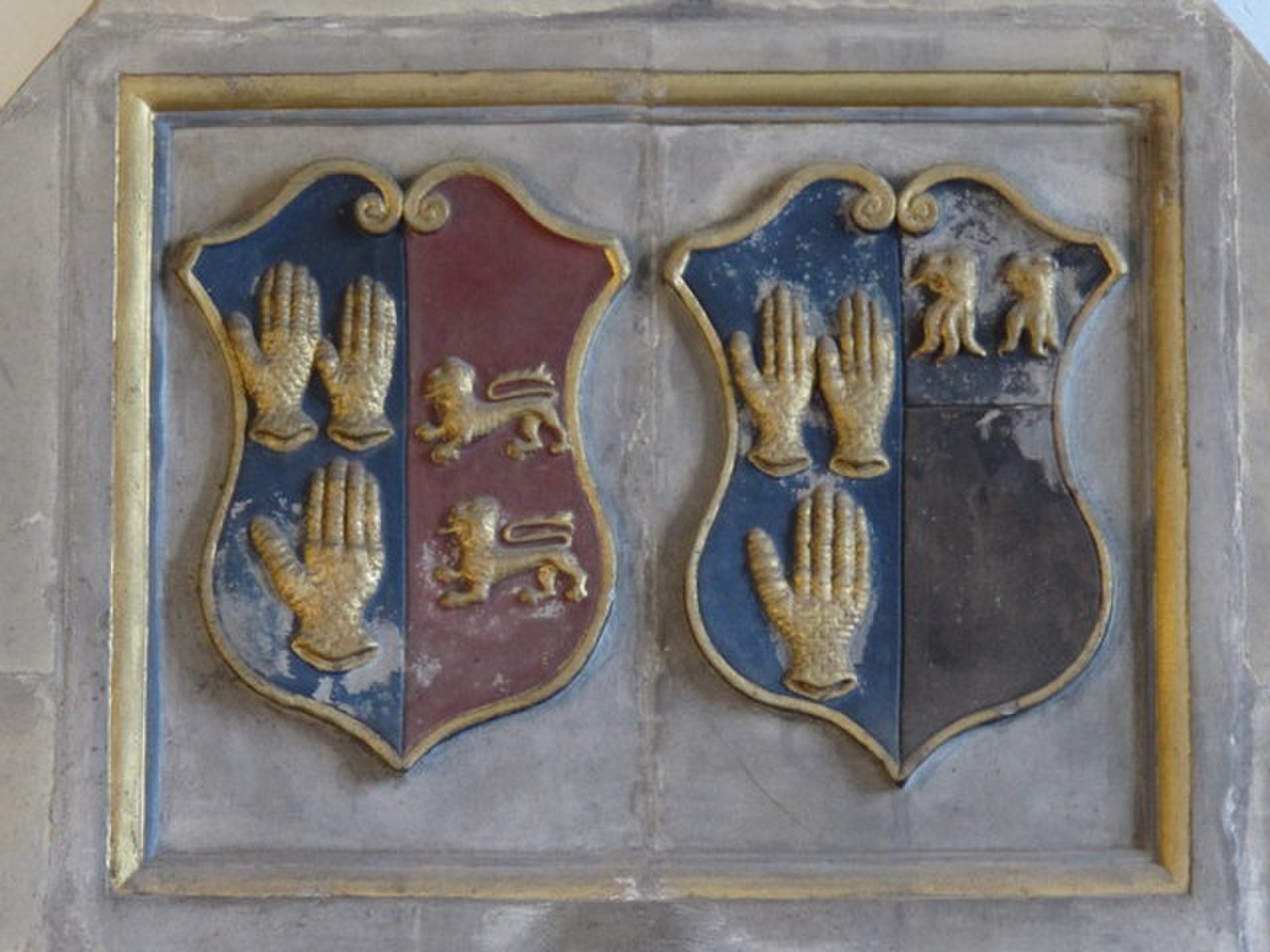 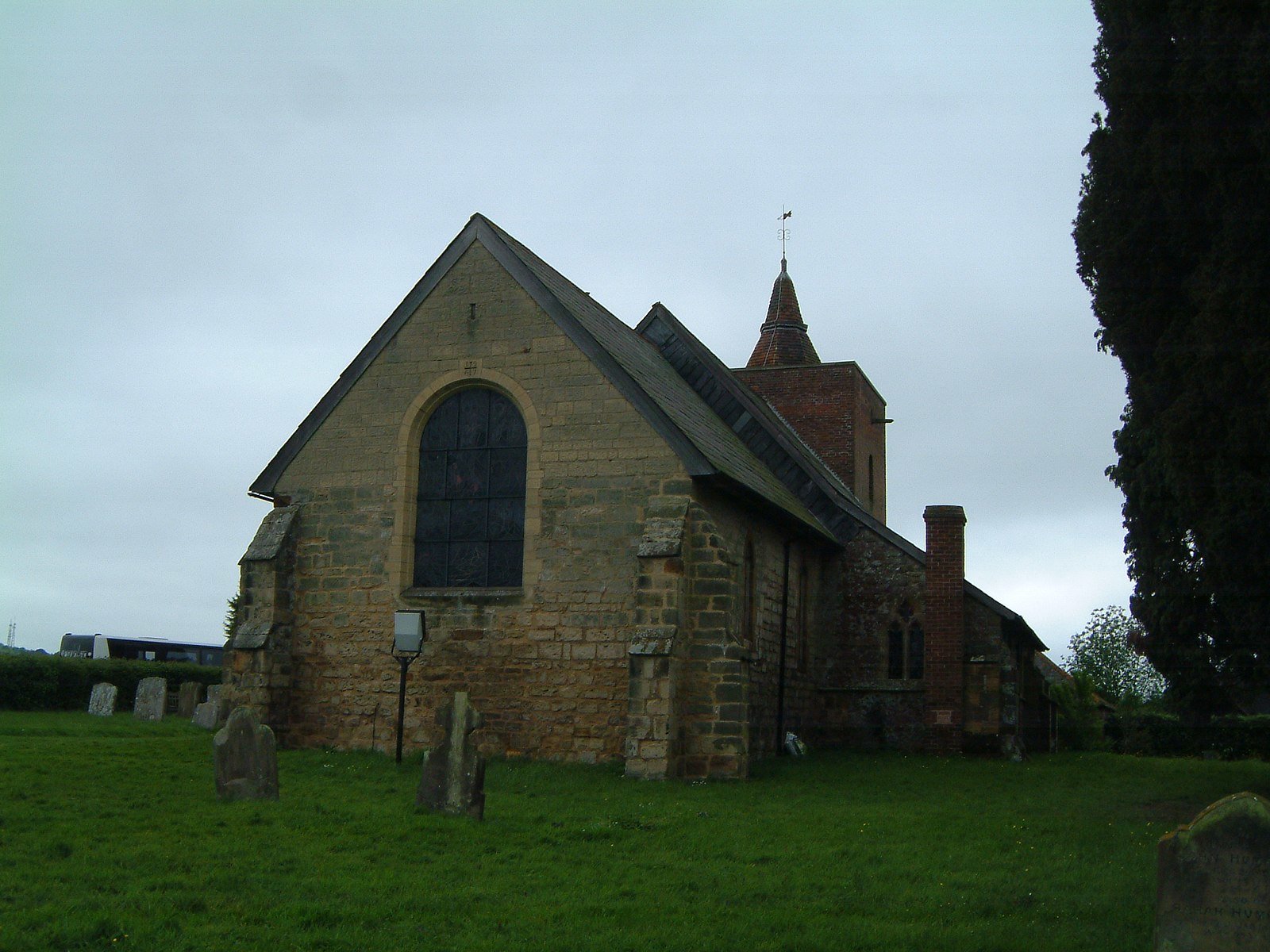 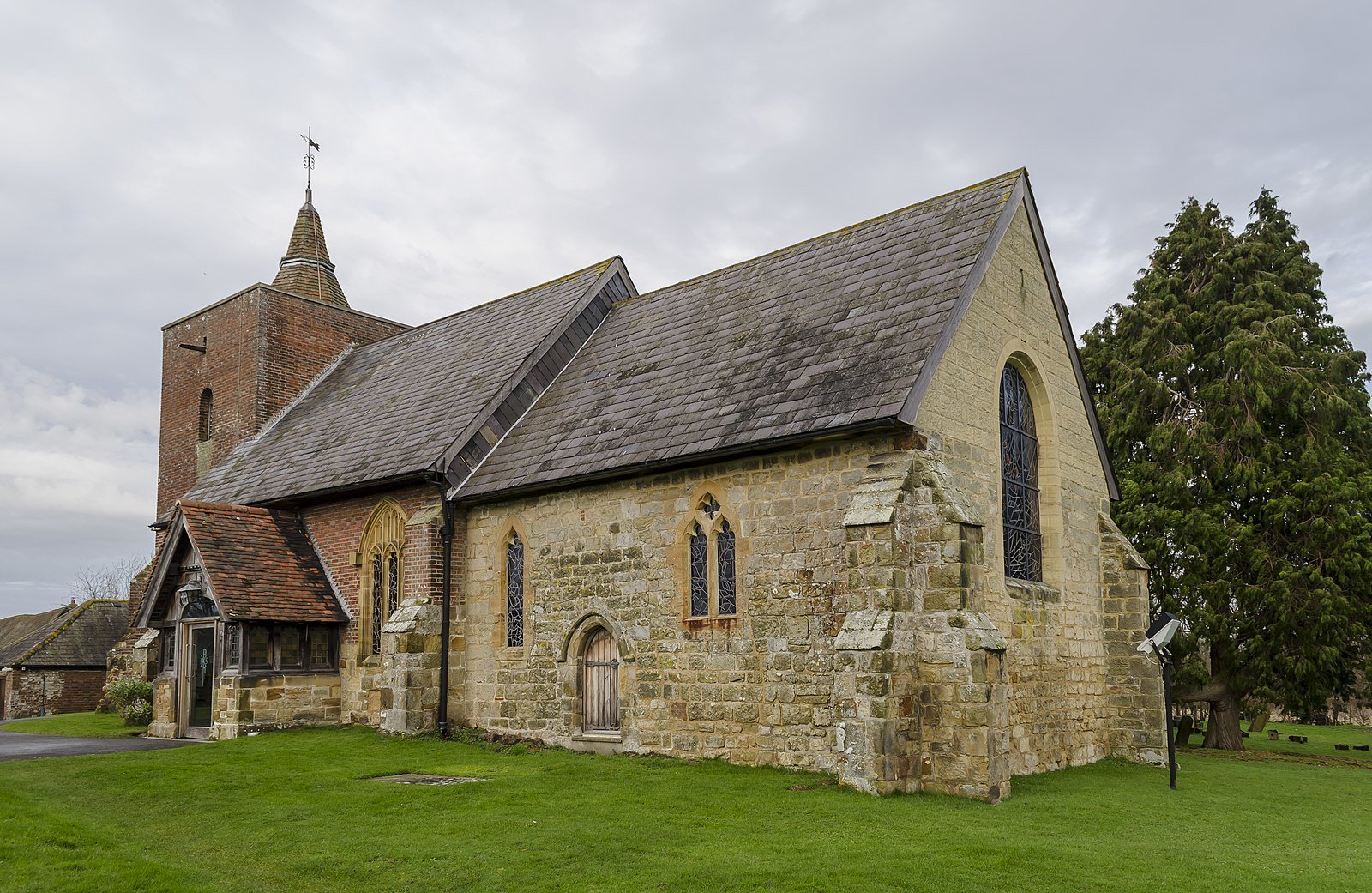