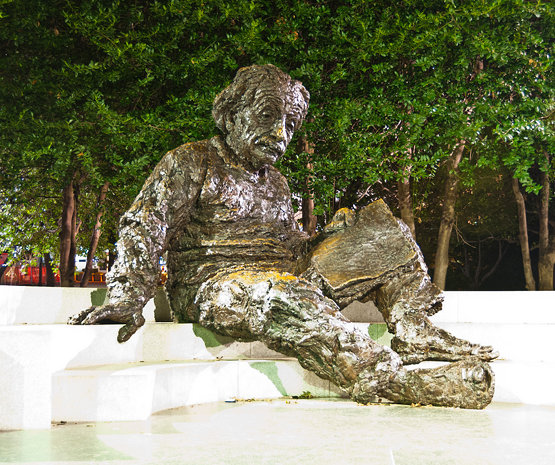 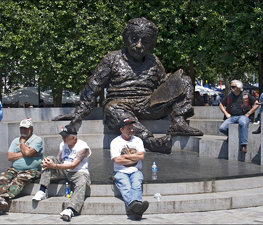 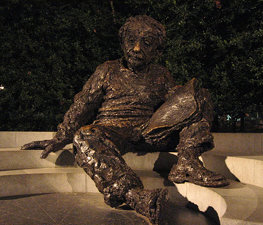 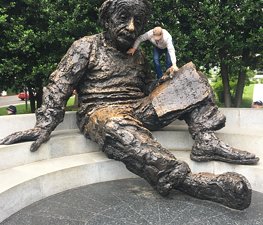 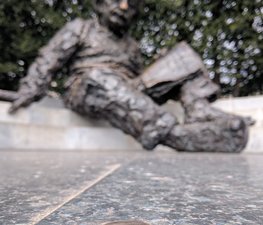 The Albert Einstein Memorial is a monumental bronze statue depicting Albert Einstein seated with manuscript papers in hand. It is located in central Washington, D.C., United States, in a grove of trees at the southwest corner of the grounds of the National Academy of Sciences on Constitution Avenue, near the Vietnam Veterans Memorial.

The memorial situated in an elm and holly grove in the southwest corner of the National Academy of Sciences grounds, was unveiled at the Academy's annual meeting, April 22, 1979, in honor of the centennial of the great scientist's birth. Einstein is depicted seated on a three-step bench of white granite. The bronze figure, weighing approximately 4 tons, is 12 feet in height. Three caissons, totaling 135 tons, sunk in bedrock to a depth of 23 to 25 feet, support the monument.

In its left hand, the figure holds a paper with mathematical equations summarizing three of Einstein's most important scientific contributions: the photoelectric effect, the theory of general relativity, and the equivalence of energy and matter. Three quotations from Einstein are engraved on the bench where the figure is seated:

Albert Einstein and Bikers -- Waiting for the Start of Rolling Thunder XXV May 27, 2012 — Ron Cogswell @ Flickr

As long as I have any choice in the matter, I shall live only in a country where civil liberty, tolerance, and equality of all citizens before the law prevail.

Joy and amazement of the beauty and grandeur of this world of which man can just form a faint notion ...

The right to search for truth implies also a duty; one must not conceal any part of what one has recognized to be true.

The sculptor, Robert Berks, known for his portrait busts (John F. Kennedy at Washington's Kennedy Center), based the work on a bust of Einstein he sculpted from life in 1953. Landscape architect James A. Van Sweden designed the monument landscaping. Einstein was elected a foreign associate of the Academy in 1922 and became a member in 1942, two years after he became a naturalized citizen.

The statue and bench are at one side of a circular dais, 28 feet (8.5 m) in diameter, made from emerald-pearl granite from Larvik, Norway. Embedded in the dais are more than 2,700 metal studs representing the location of astronomical objects (Sun, Moon, planets, 4 asteroids, 5 galaxies, 10 quasars, and many stars) at noon on April 22, 1979, when the memorial was dedicated. The studs are different sizes to denote the apparent magnitude of the relevant object, and different studs denote binary stars, spectroscopic binaries, pulsars, globular clusters, open clusters, and quasars. To a visitor standing at the epicenter of the dais, Einstein appears to be making direct eye contact, and any spoken words are notably amplified.

Engraved as though written on the papers held in the statue's left hand are three equations, summarising three of Einstein's important scientific advances:

Three quotes from Einstein are printed on nearby informational panels, and inscribed on the back of the granite bench:

The and subsequently used in the opening title sequence of Sesame Street during the show's 20th season.

LuisAlfredo Zambrano
The celestial map at Einstein's feet (the floor) plots the position of the stars at the time of the dedication of this statue.

Sean McGrath
It's okay! Climb on him! Don't ignore the awesome quotes that surround him, though. Also, the specks on the ground are a model of the heavens. Take a look :)

Steve Fernie
Don't overlook the celestial chart embedded in the ground at the statue's feet.

C-SPAN
Dedicated in April 1979, coinciding with Einstein's 100th birthday, the statue is 12 feet tall and weighs about 4 tons. Watch this 90 second C-SPAN YouTube video about the memorial. 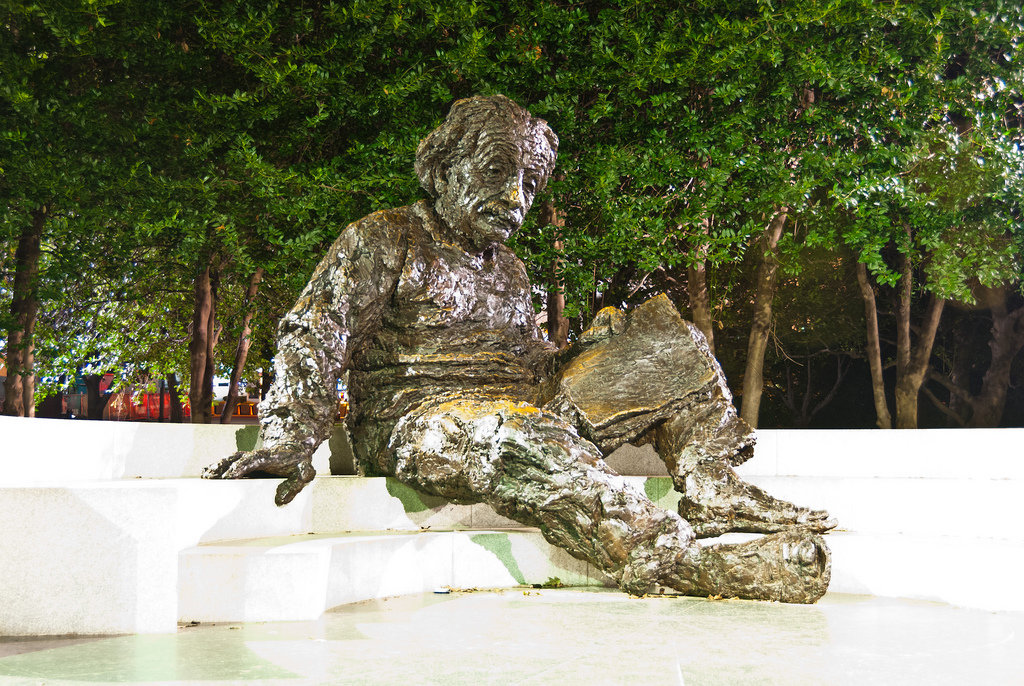 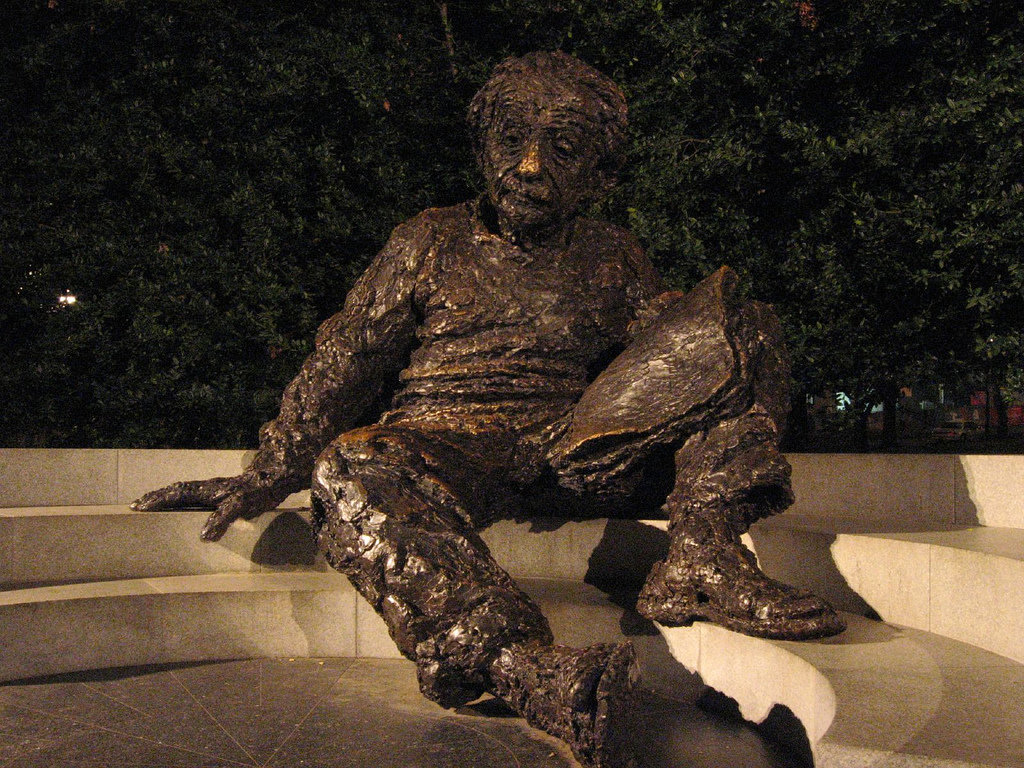 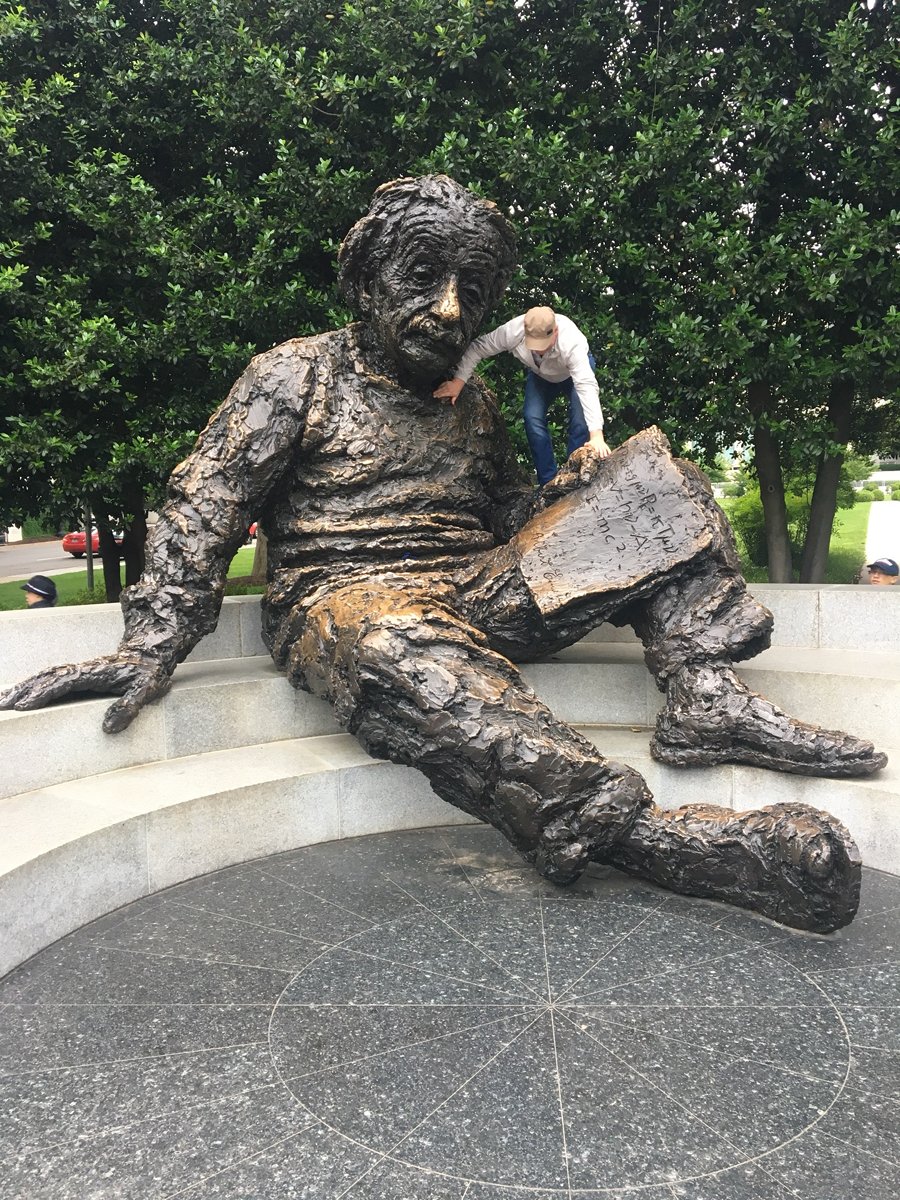 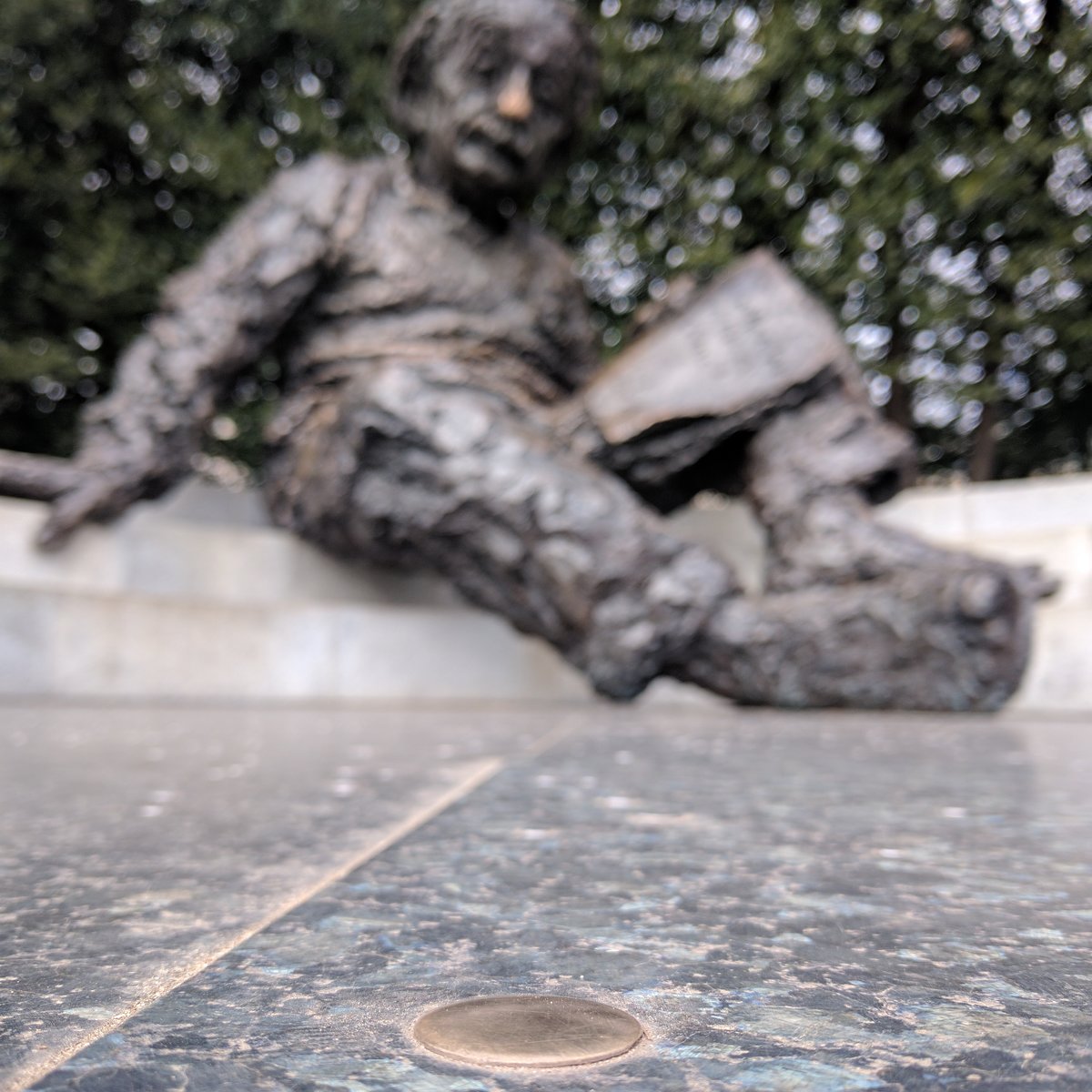 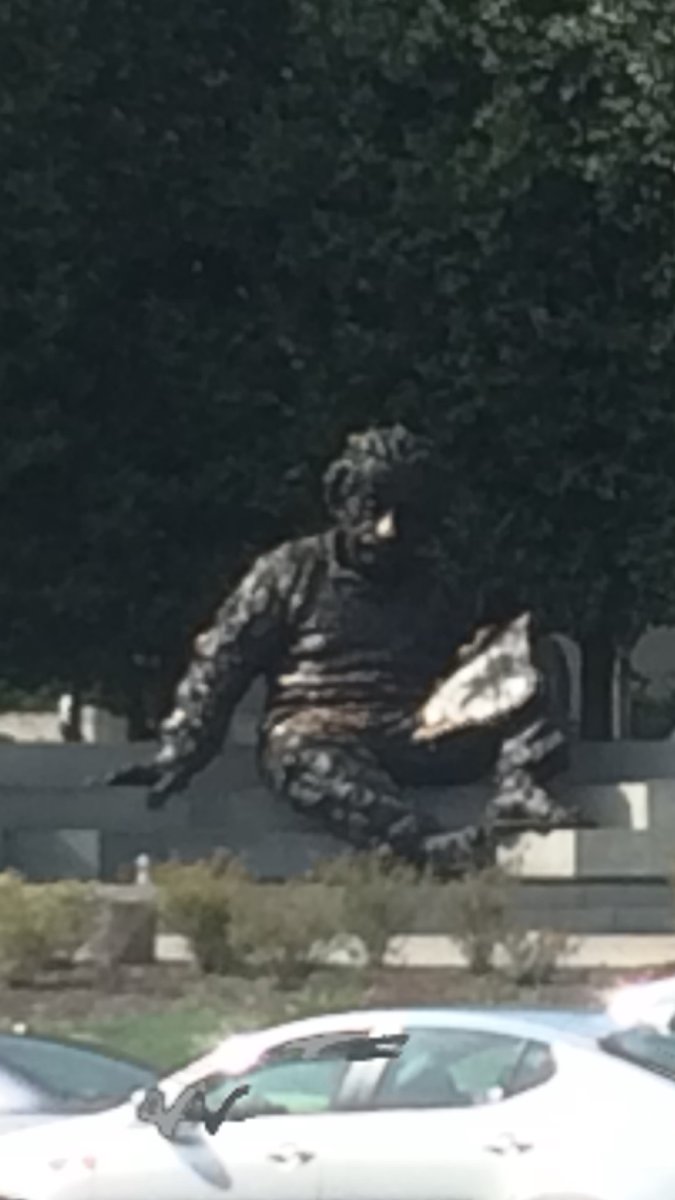 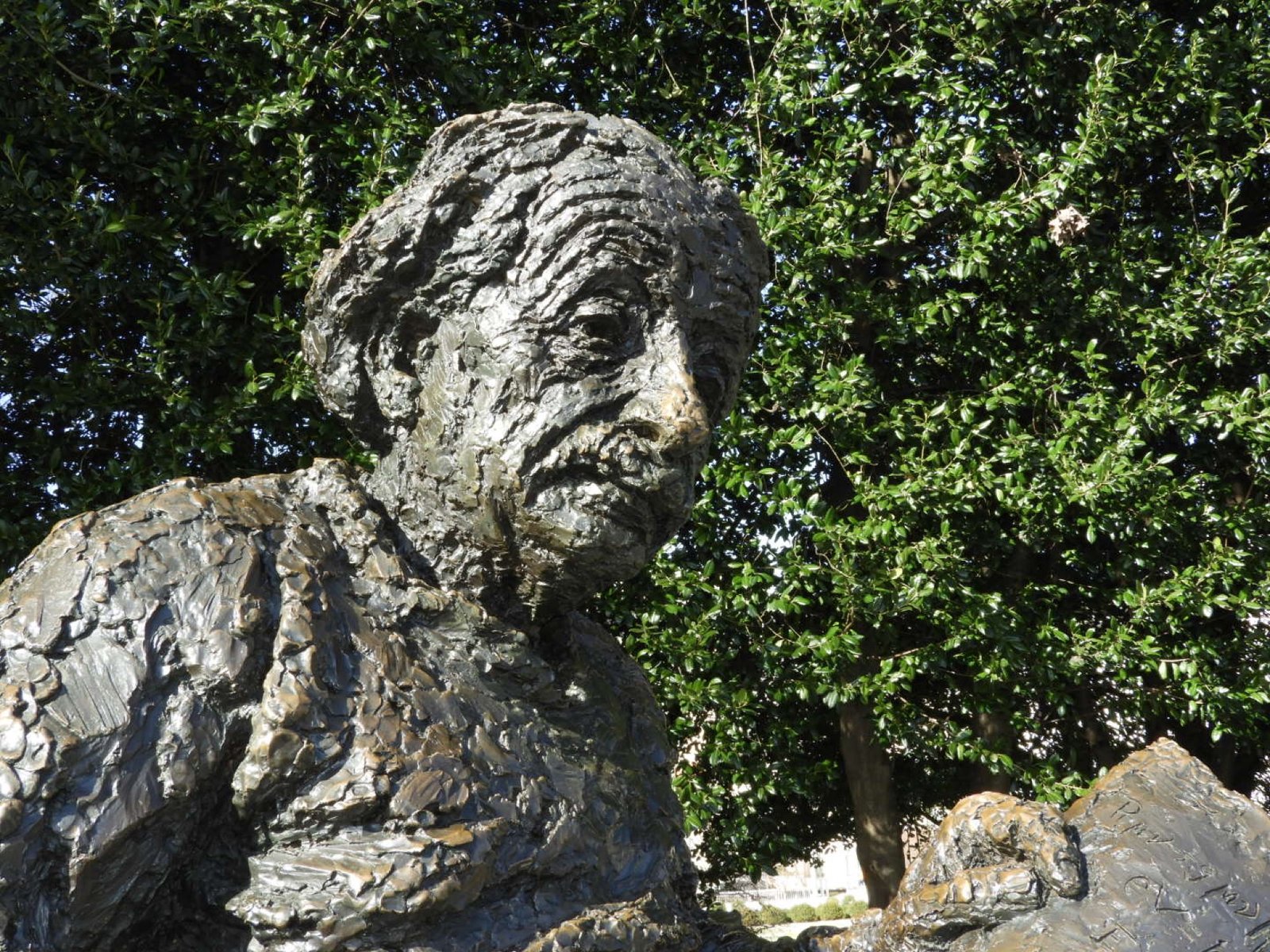 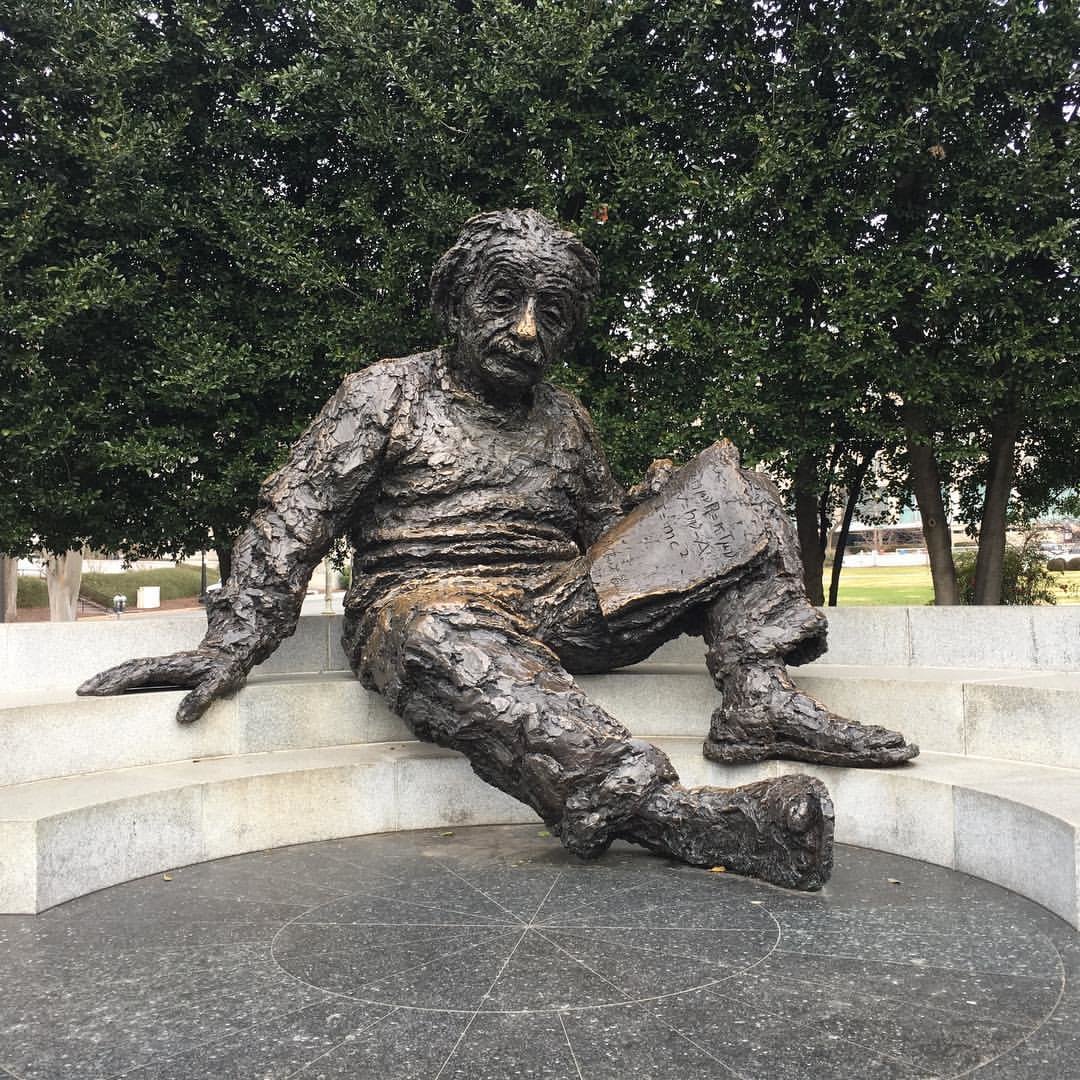 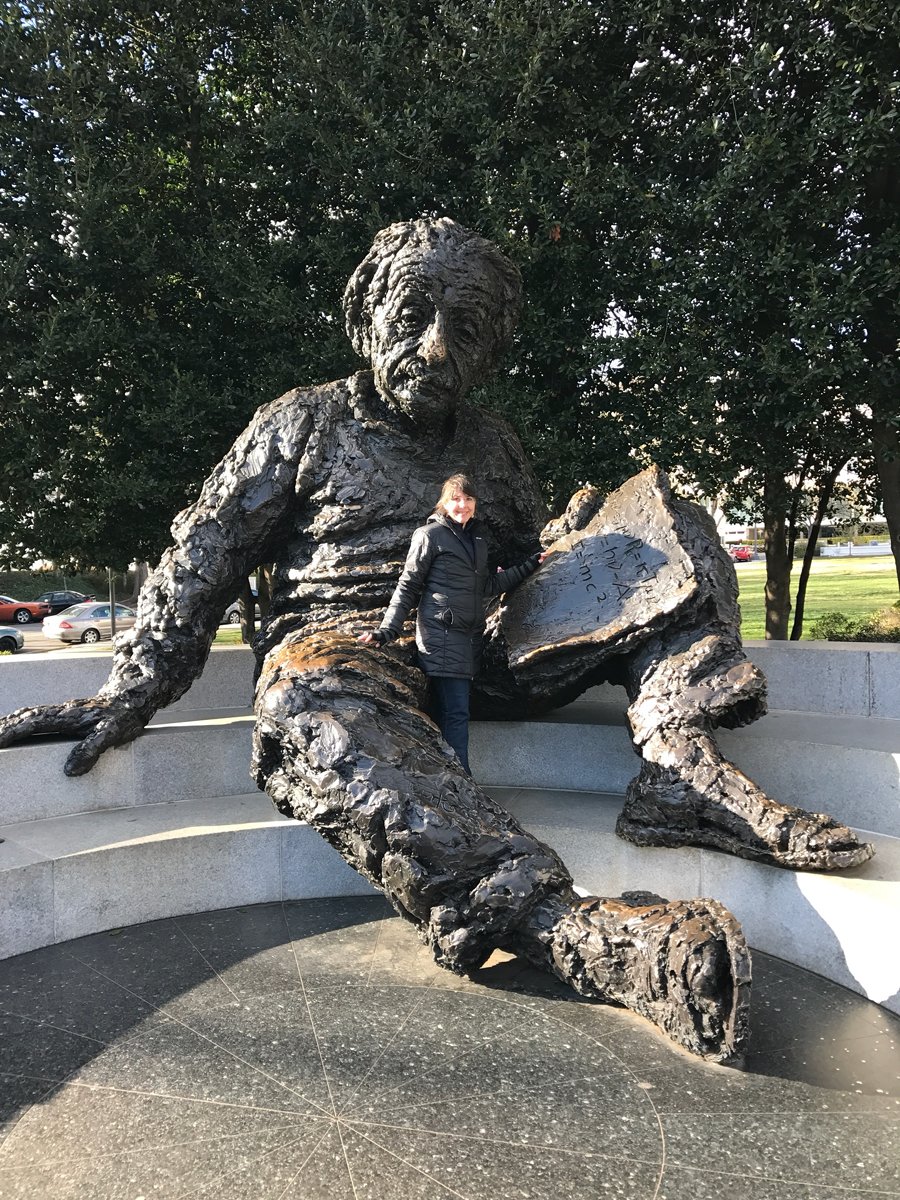 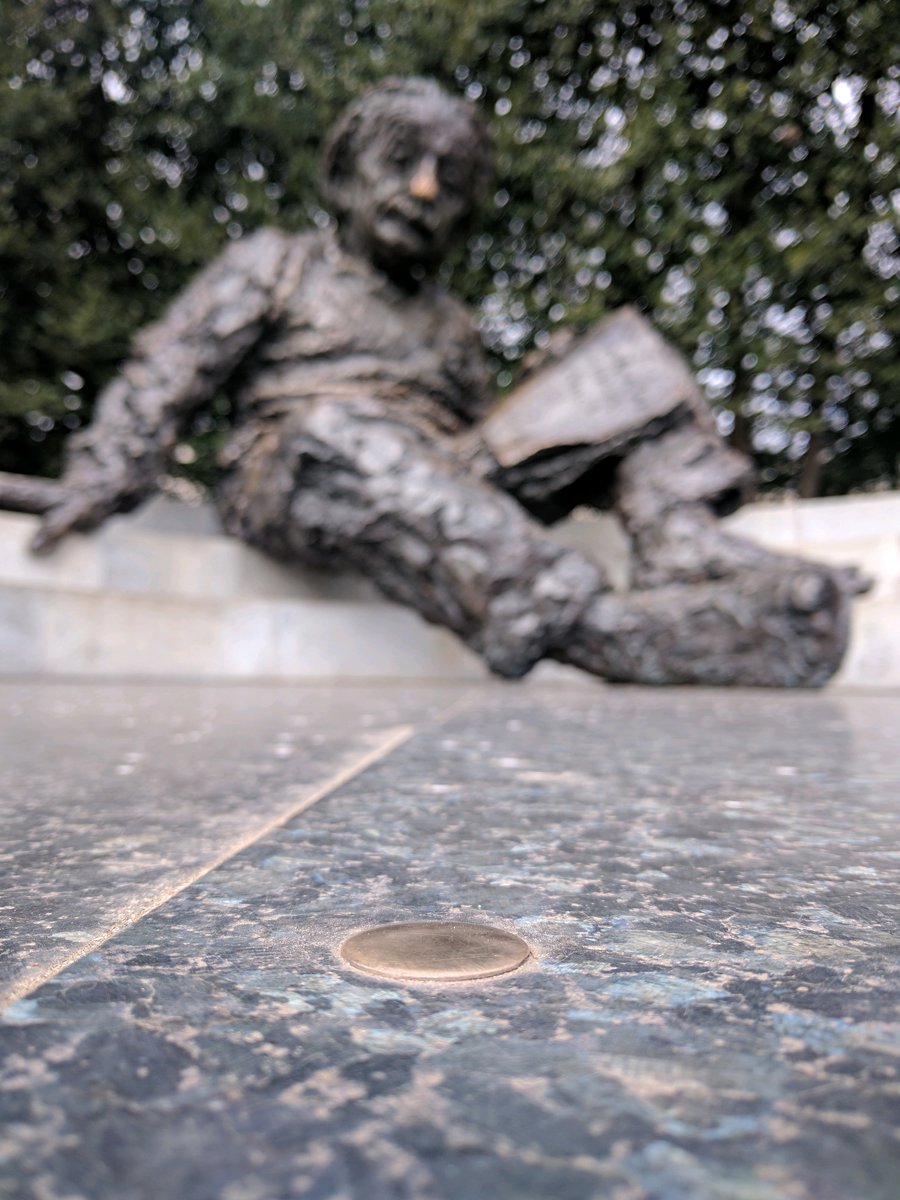 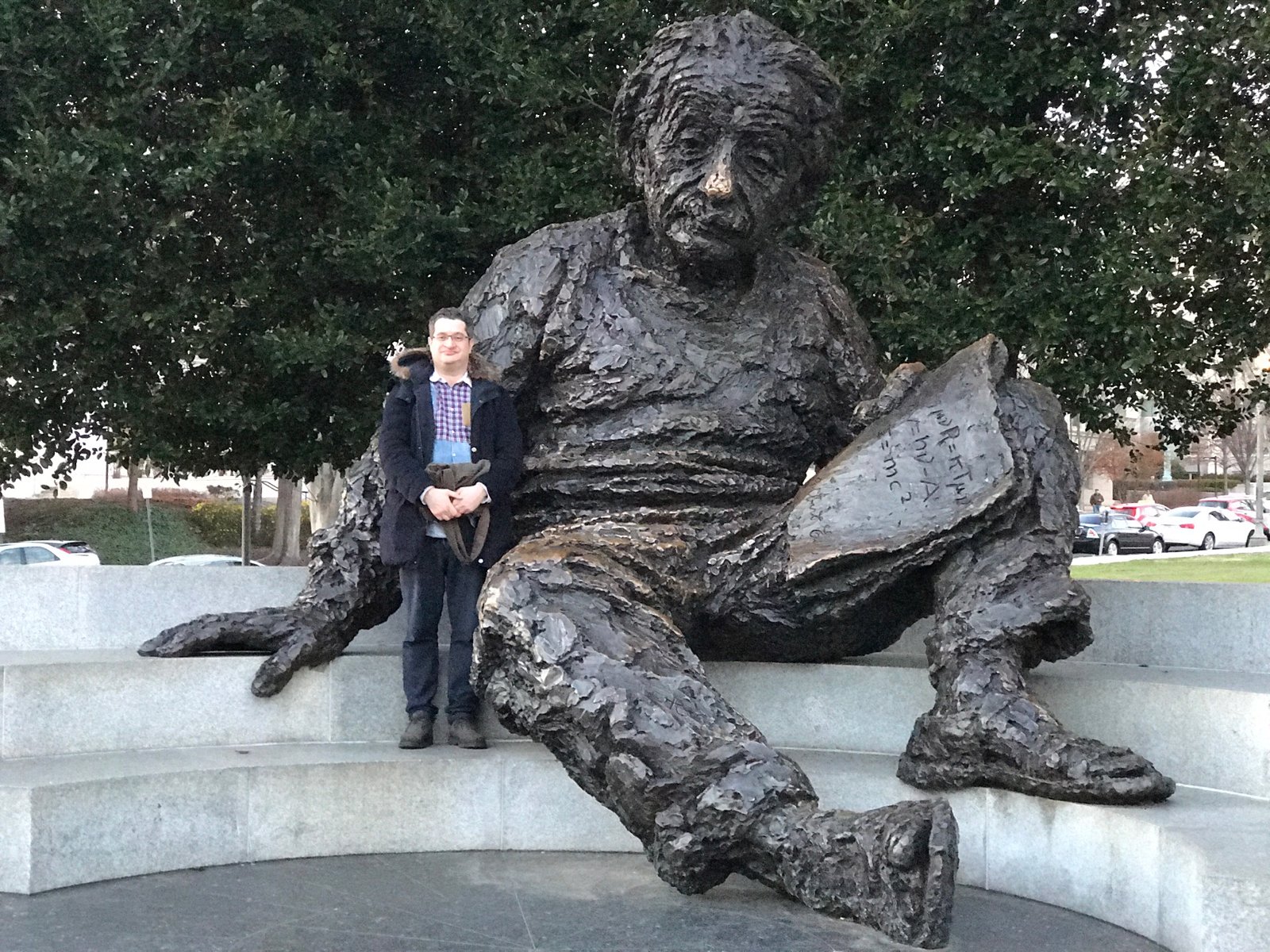 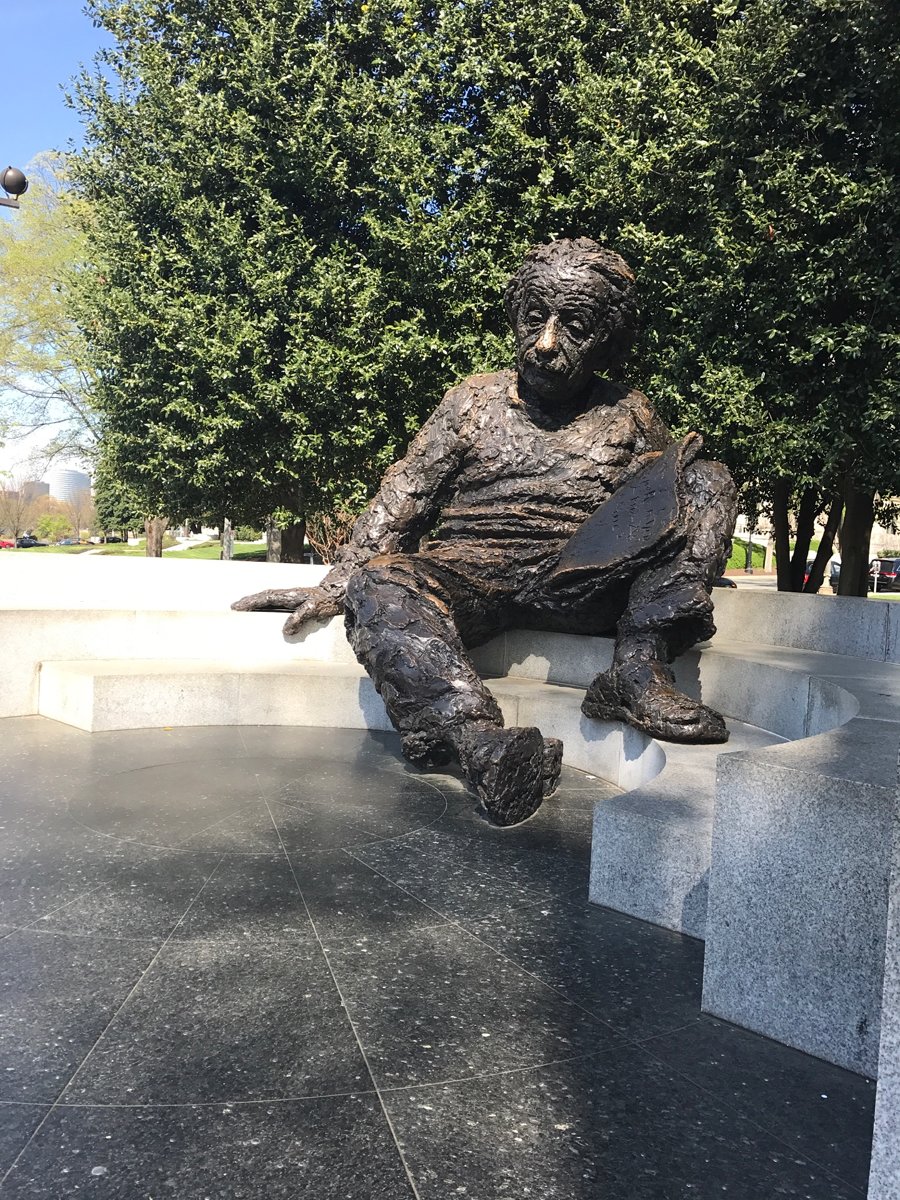 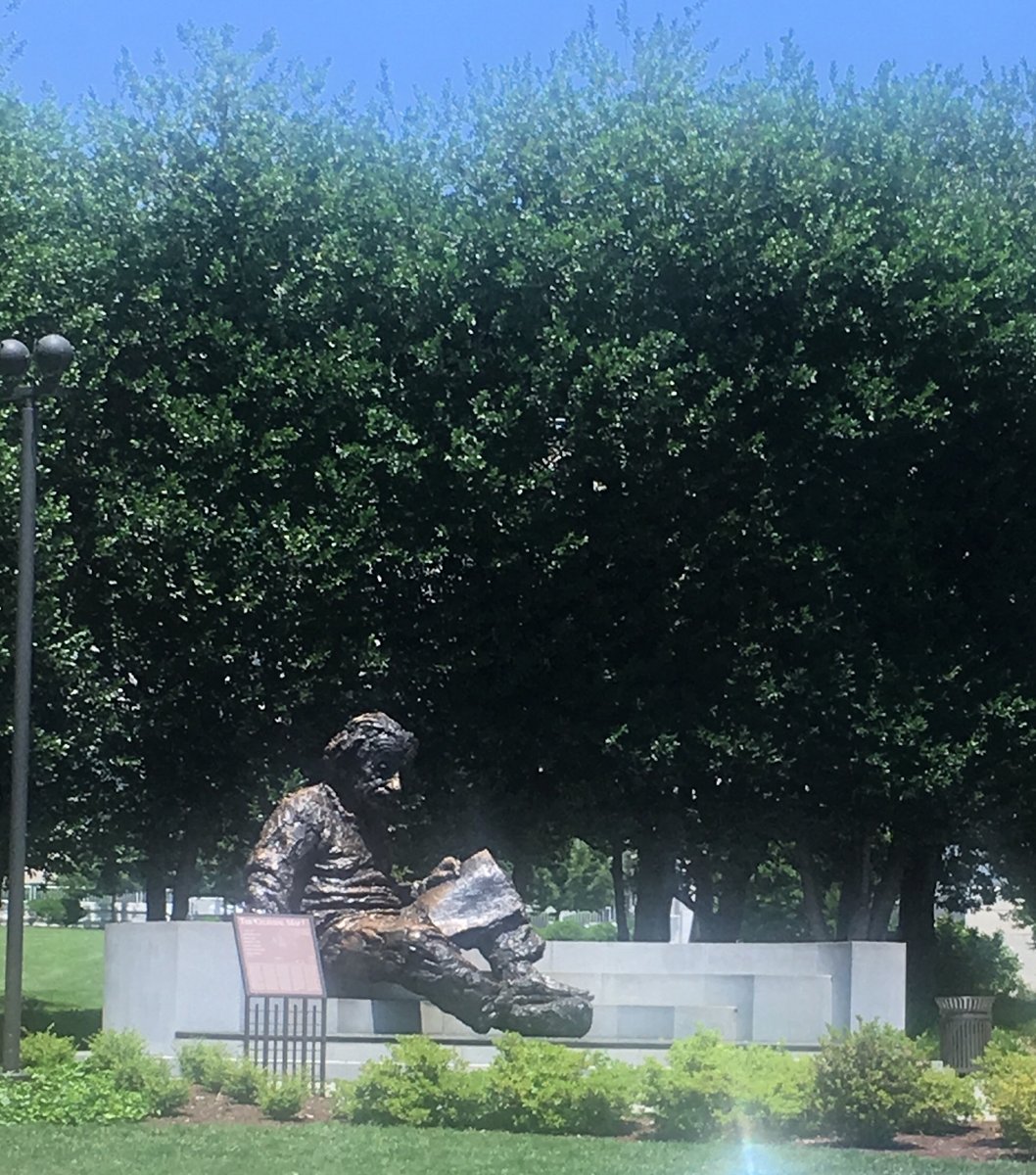 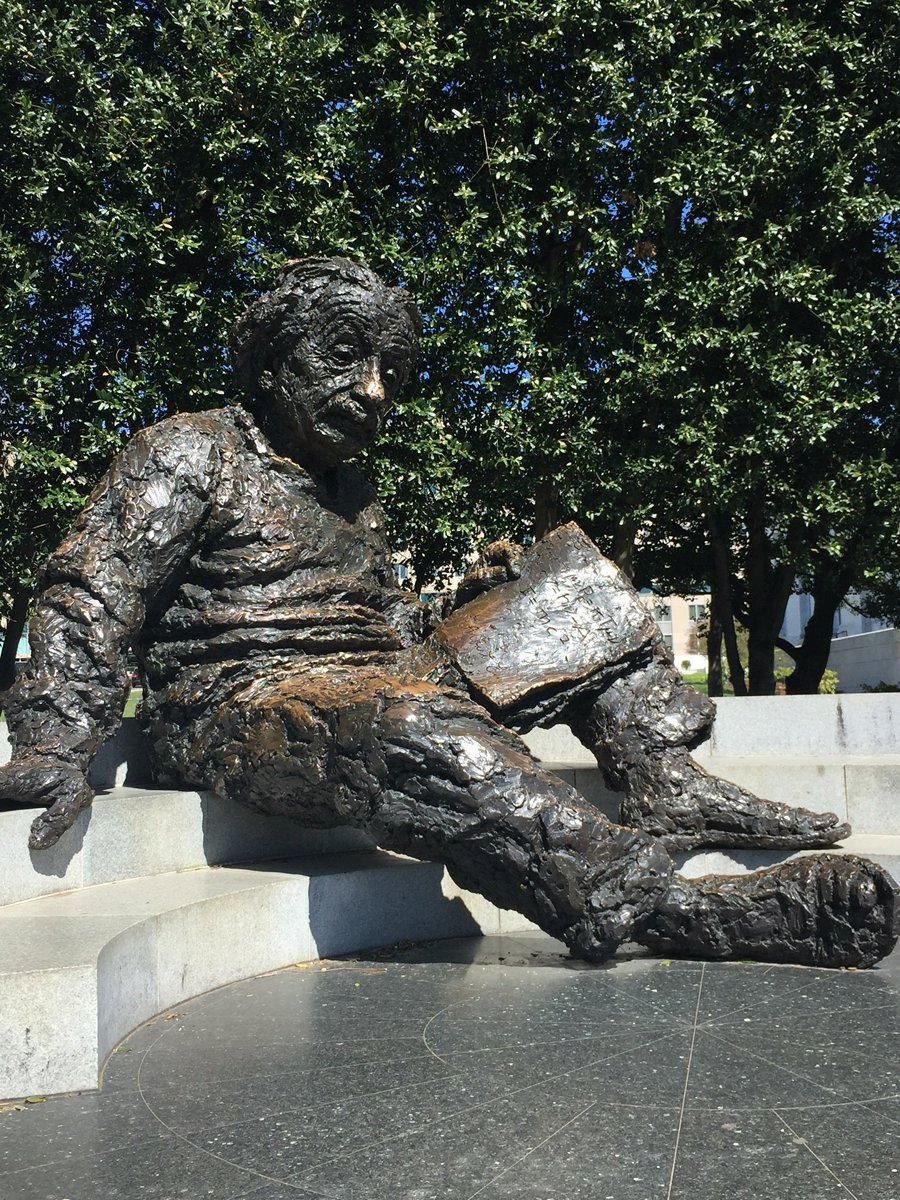 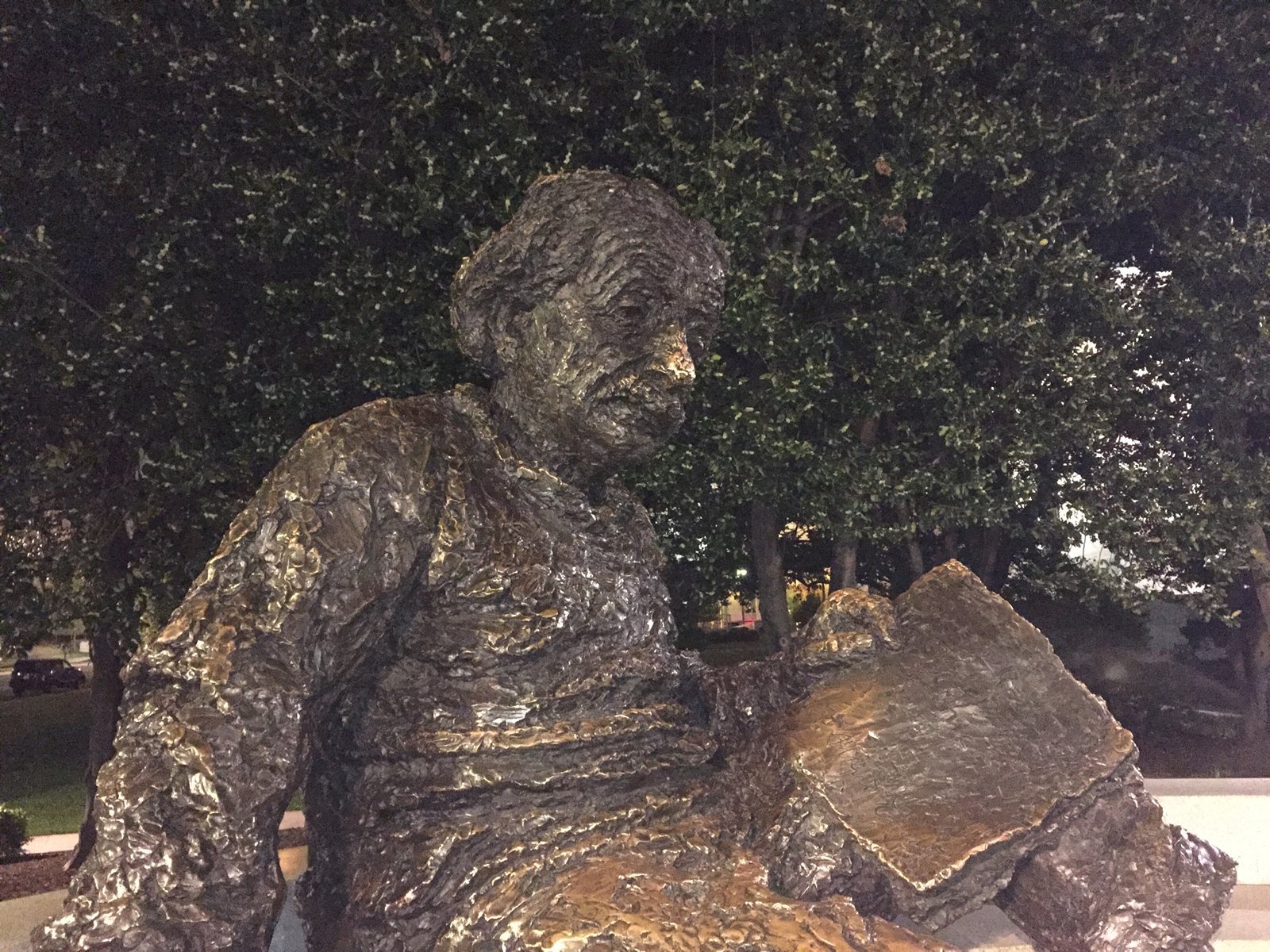 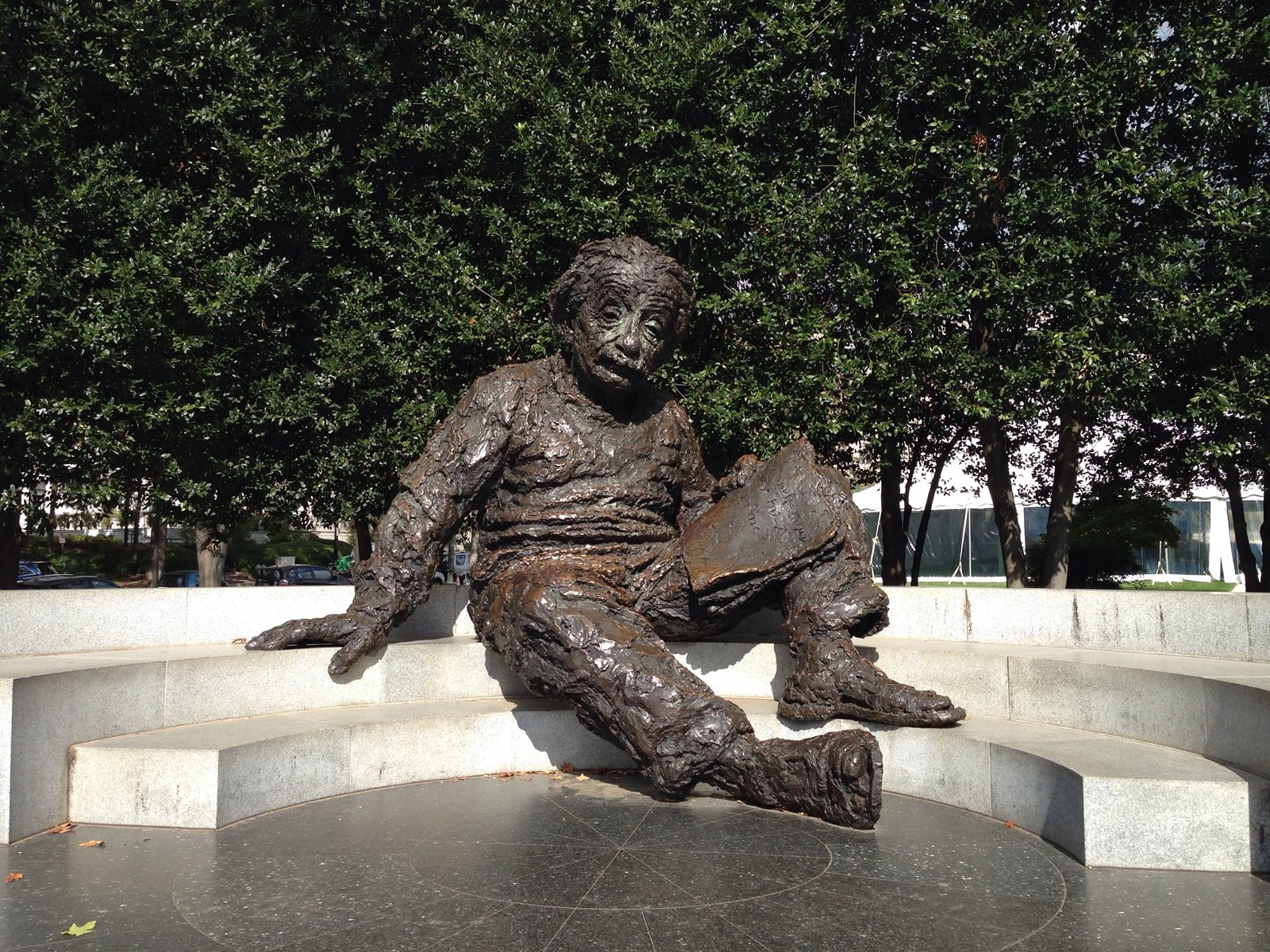 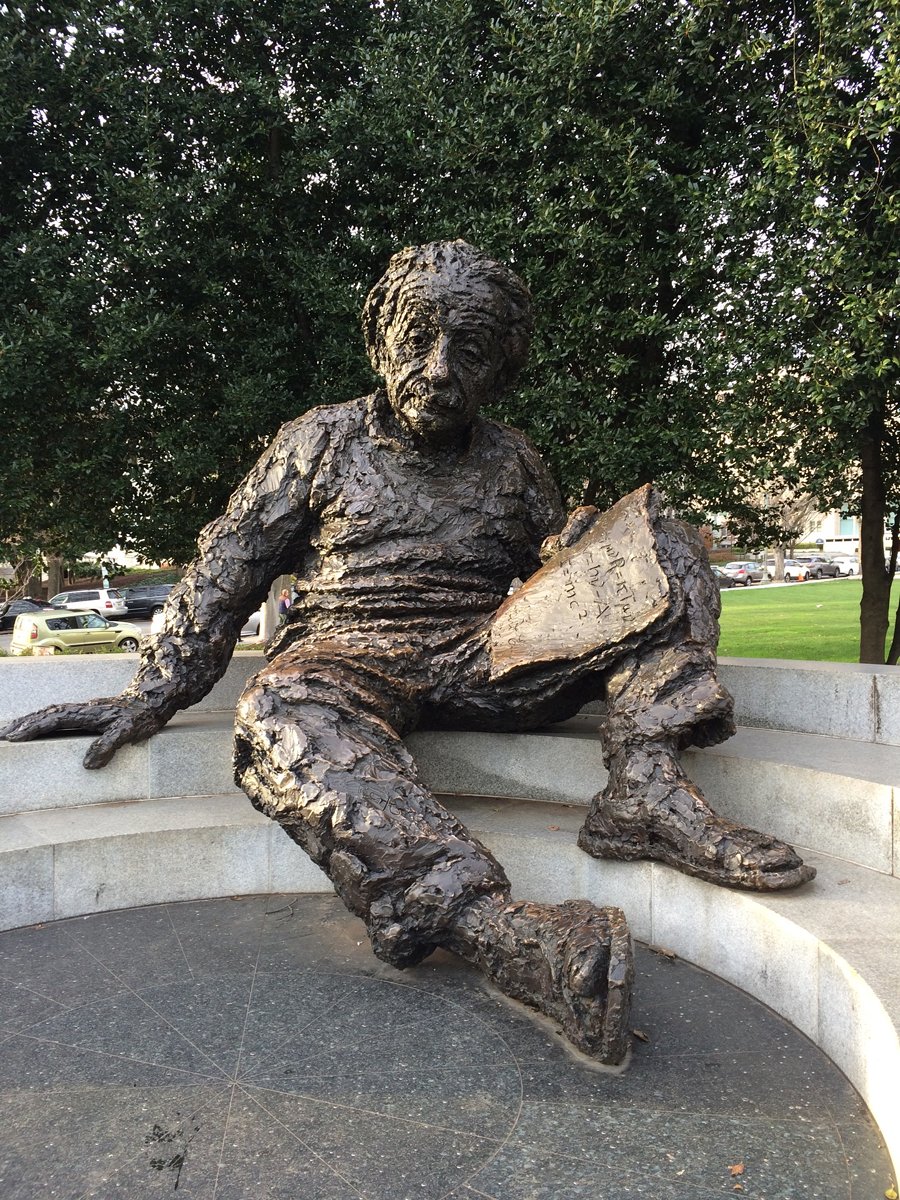 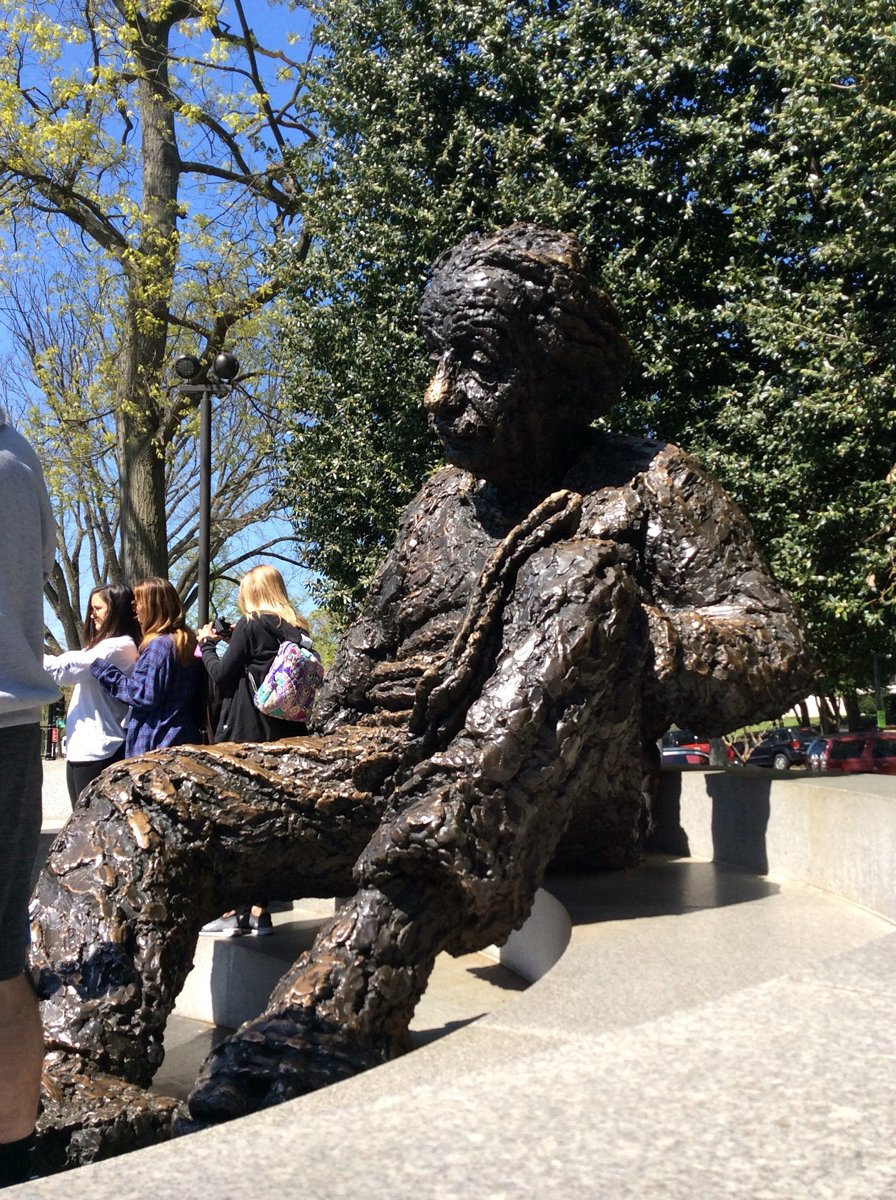 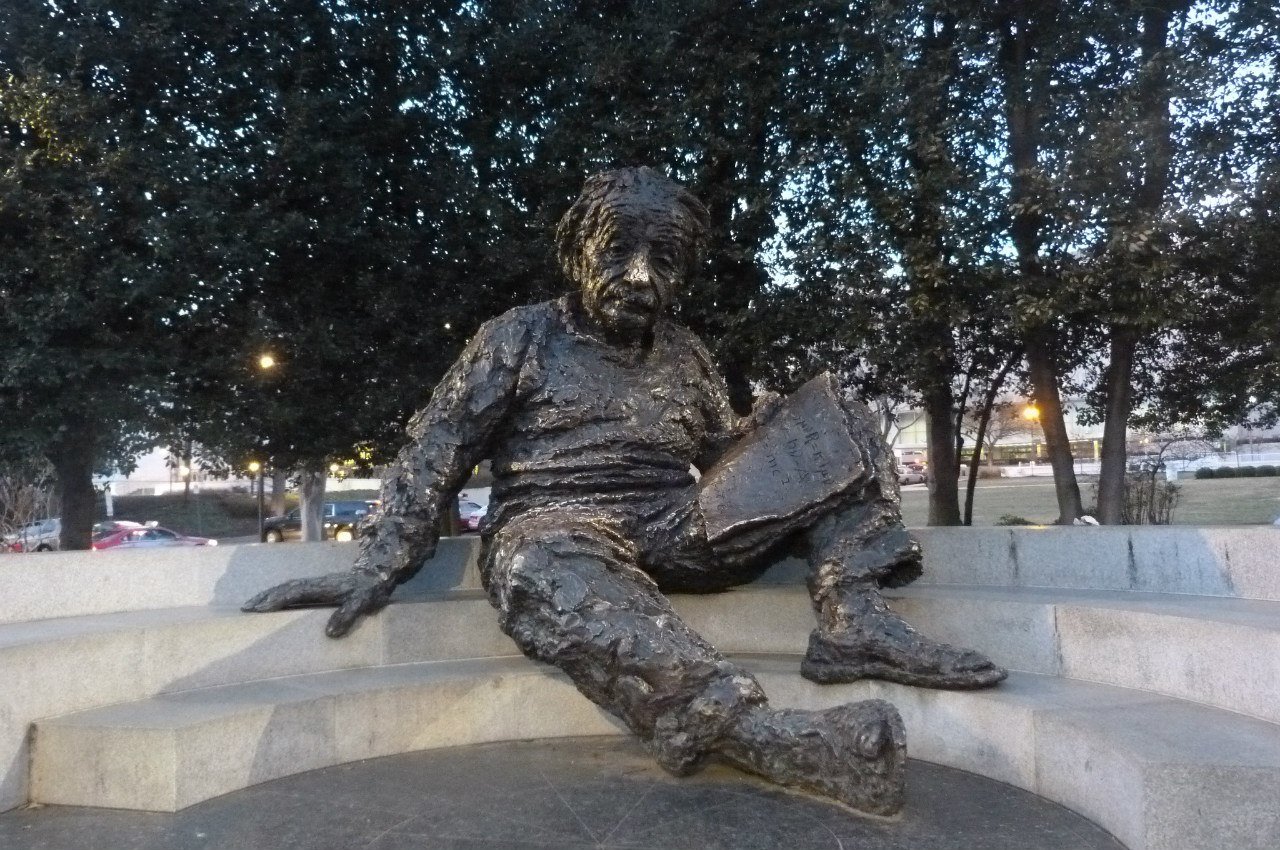 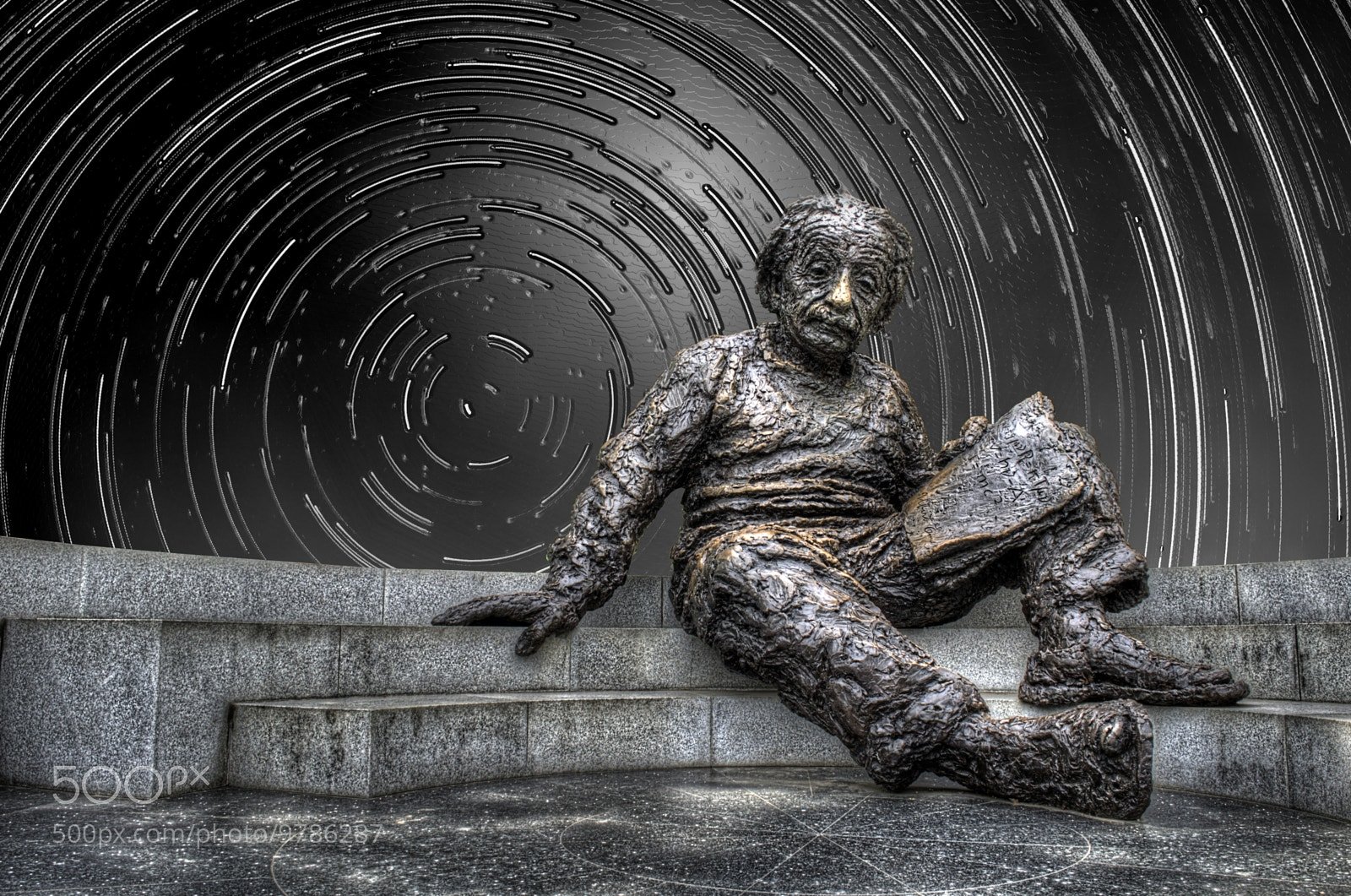 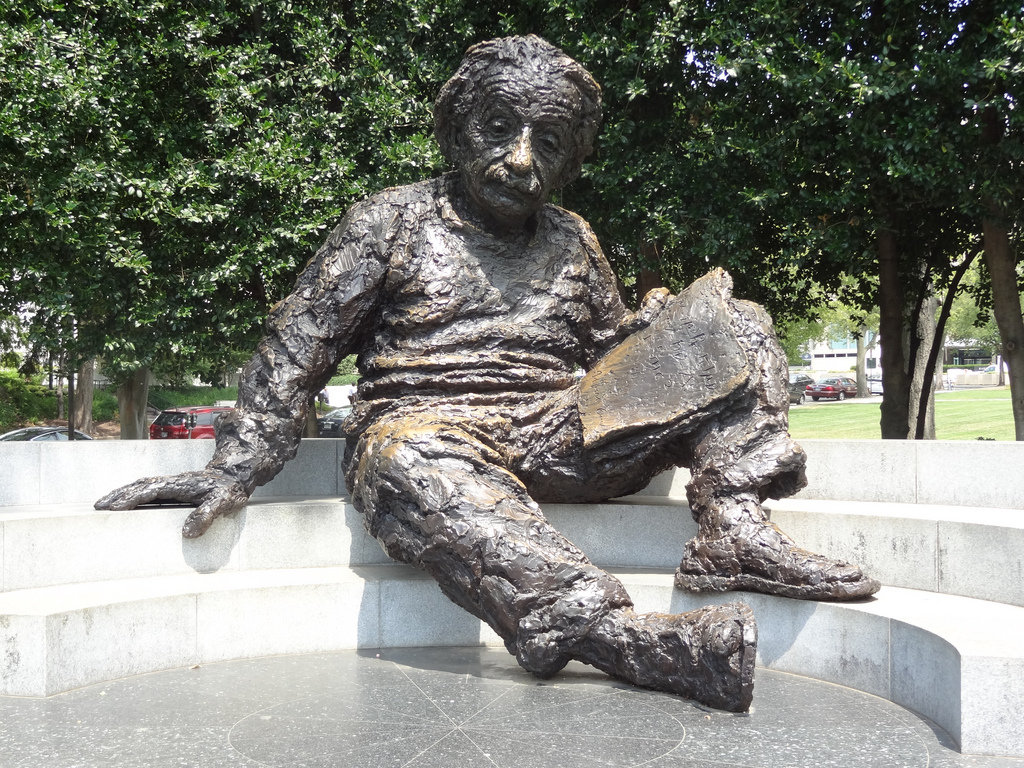