×
What are you looking for?
See all results
Archaeological sites in Hüyük 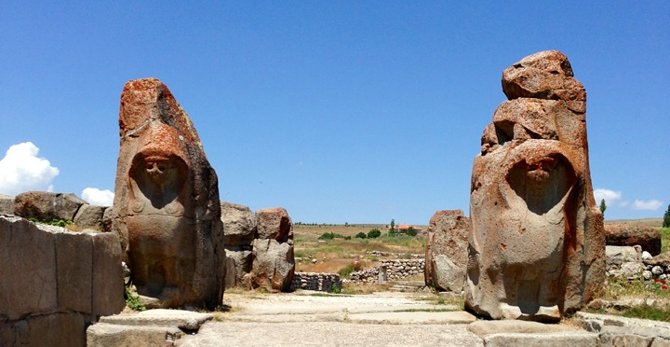 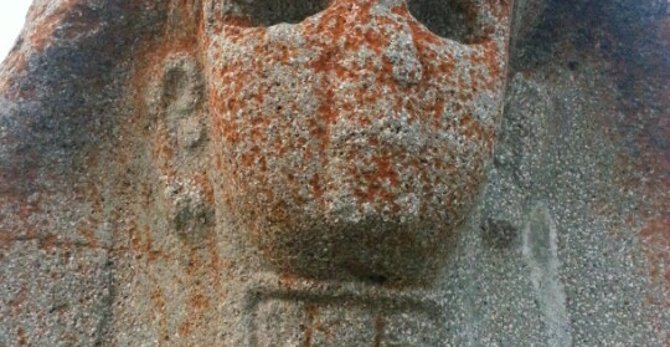 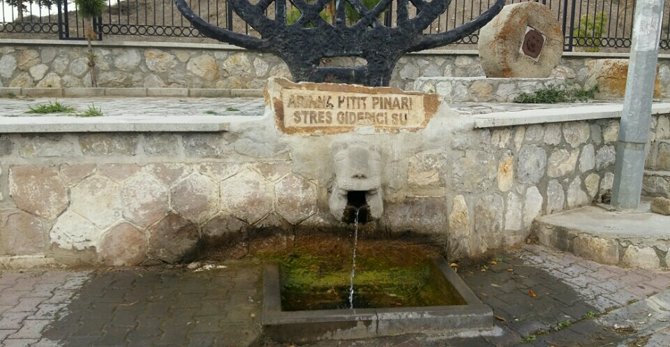 Alacahöyük or Alaca Höyük (sometimes also spelt as Alacahüyük, Euyuk, or Evuk) is the site of a Neolithic and Hittite settlement and is an important archaeological site. It is northeast of Boğazkale or Boğazköy, where the ancient capital city Hattusa of the Hittite Empire was situated.

The mound (Turkish höyük) at Alacahöyük was the center of a flourishing autochthonous Hattian culture during the Early Bronze Age. The mound was a scene of settlement in a continuous sequence of development from the Chalcolithic Age, when earliest copper tools appeared alongside the use of stone tools. It has been continuously occupied ever since, until today's modern settlement in the form of a small village. The standing and distinguishing remains at Alacahöyük, however, such as the "Sphinx Gate", date from the Hittite period that followed the Hatti, from the fourteenth century BC.

Attention to the site was attracted as of the late 19th century and in 1907, the Ottoman archaeologist Theodor Makridi Bey held brief explorations here for two weeks. In the 1910s, German teams discovered royal tombs dating to the third millennium BC, as well as a Hittite town of the second millennium BC. The impressive sphinx gate surrounded by stone reliefs marked its entrance. The town was heavily fortified with walls and towers due to the frequent raids of the Kaska people living in the mountainous region to the north.

Excavations resumed in 1935, under Atatürk's personal instructions who contributed from his own budget, by the Turkish archaeologists Remzi Oğuz Arık and Hamit Koşay. The digs have revealed considerable local wealth and achievement even before the time of the Hittites, with the earliest occupation dating from the 4th millennium BC. Tombs of the 3d millennium B.C. feature metal vessels, jewelry, weapons, and pole finials of bulls, stags, and abstract forms often interpreted as solar symbols. Work at the site is now directed by Dr. Aykut Çınaroğlu.

Thirteen "Royal Tombs" (EBII, ca. 2350-2150 BC) in Alacahöyük contained the dead in fetal position facing south. They were richly adorned with gold fibulae, diadems, and belt buckles and repoussé gold-leaf figures. Many of the artefacts discovered at Alacahöyük, including magnificent Hattian gold and bronze objects found in the Royal Tombs, are housed today in the Museum of Anatolian Civilizations in Ankara. Among these artifacts are gold and electrum standing cups and other vessels. bulls or stags on pedestals as culturally unexplained "standards" are among the most common images. The standards are cast in copper, in the form of flat circles, half-circles or squares that are in-filled with an open network of cross bars, central crosses, swastikas. The Royal Tombs "seem to belong to the end of a period, as marked by a stratum of destruction and the burning of the citadel. The culture which the tomb objects illustrate does not continue into the next historical phase, that of Kültepe" (Woolley 1961).

A dam, dating from 1240 BC, was announced to be reopened for use on September 23, 2006. The dam was ordered by King Tudhaliya IV in the name of the goddess Hepat. According to ancient Hittite tablets, a drought struck Anatolia in 1200 B.C., prompting the King to import wheat from Egypt so that his land would avoid famine. Following this, the king ordered numerous dams to be built in central Anatolia, all but one of them becoming dysfunctional over time. The one in Alacahöyük has survived because the water source is located inside the dam's reservoir.

These are all scenes in the ritual of the indigenous naturalistic religion which was spread, in slightly varying forms, all over Asia Minor, and consisted in the worship of the self-reproductive powers of nature, personified in the great mother goddess (called by various names Cybele, Leto, Artemis, &c.) and the god's husband-and-son (Attis, Men, Sabazios, &c.), representing the two elements of the ultimate divine nature. Here, as in the oriental mysteries generally, the goddess is made more prominent. Where Greek influence affects the native religion, emphasis tends to be laid on the god, but the character of the religion remains everywhere ultimately the same.

Yazılıkaya (Turkish for 'inscribed rock') was a sanctuary of H

Boyabat Castle, is a castle in the town of Boyabat, Sinop Province,

Ankara Castle (Turkish: Ankara Kalesi) is a fortification from the 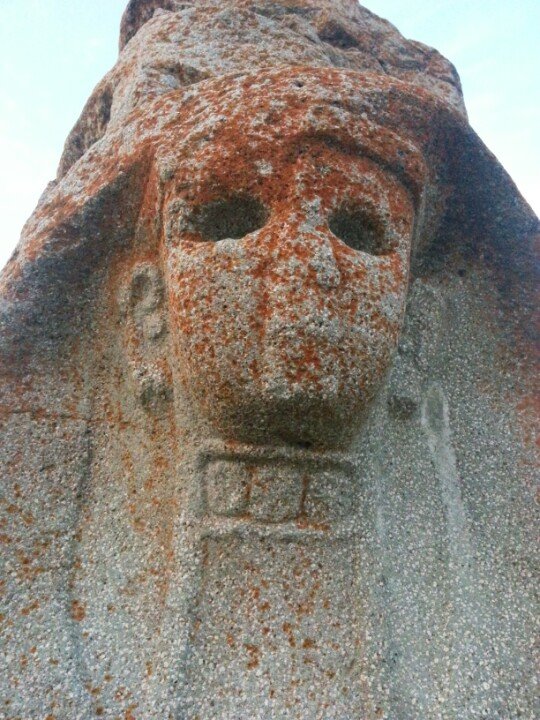 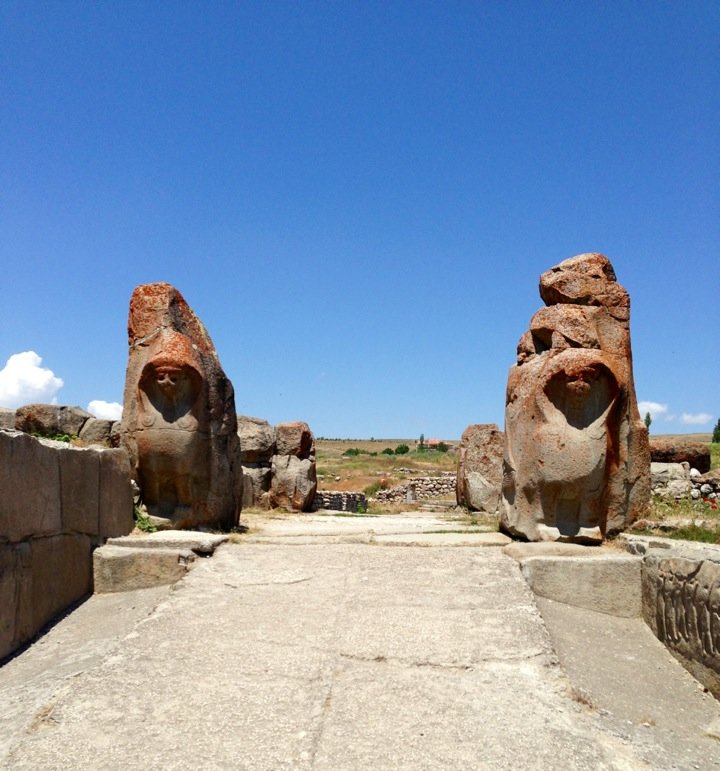 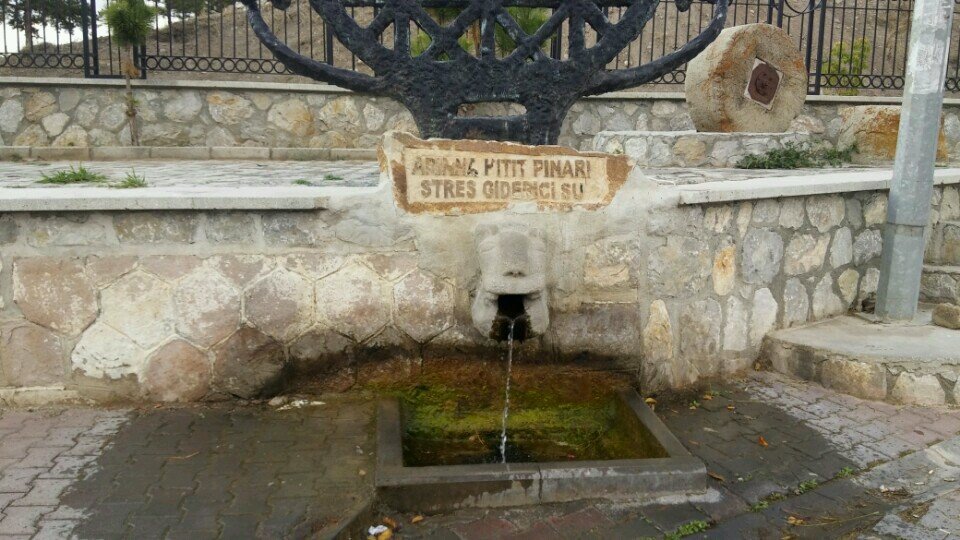 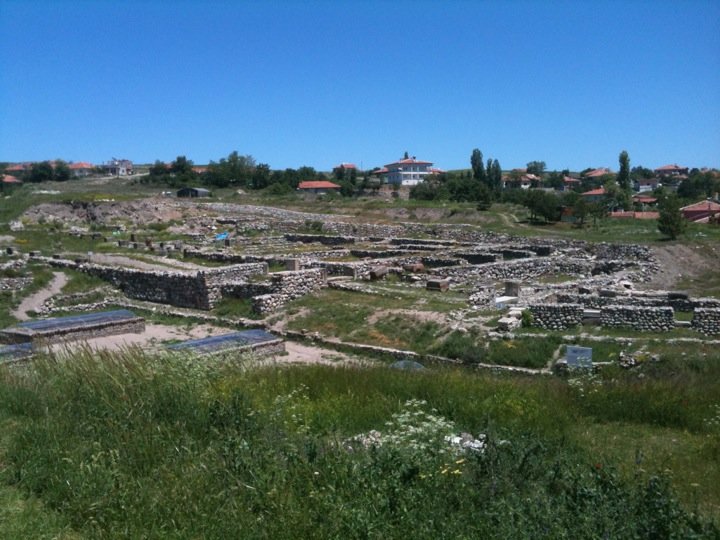 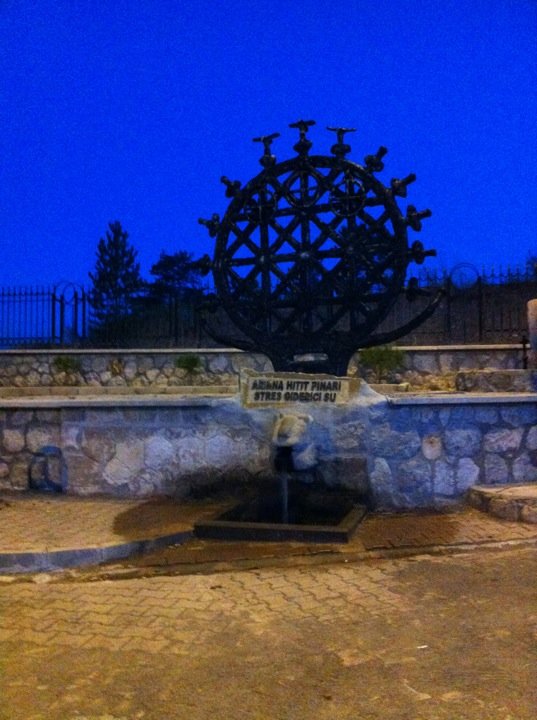 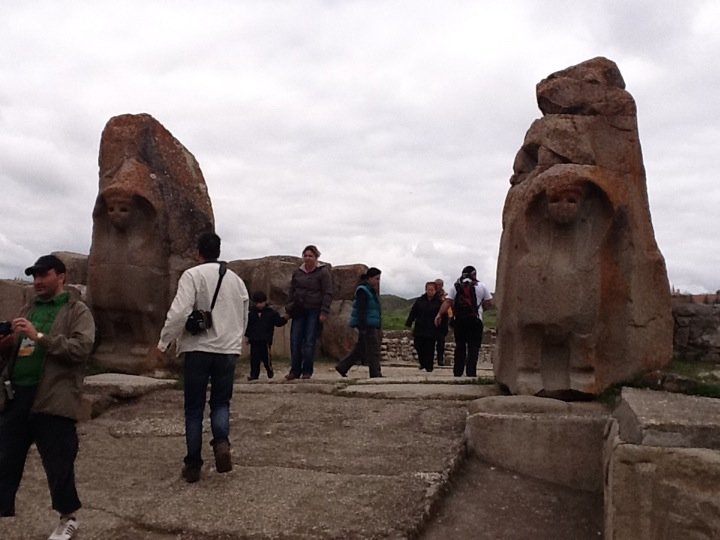 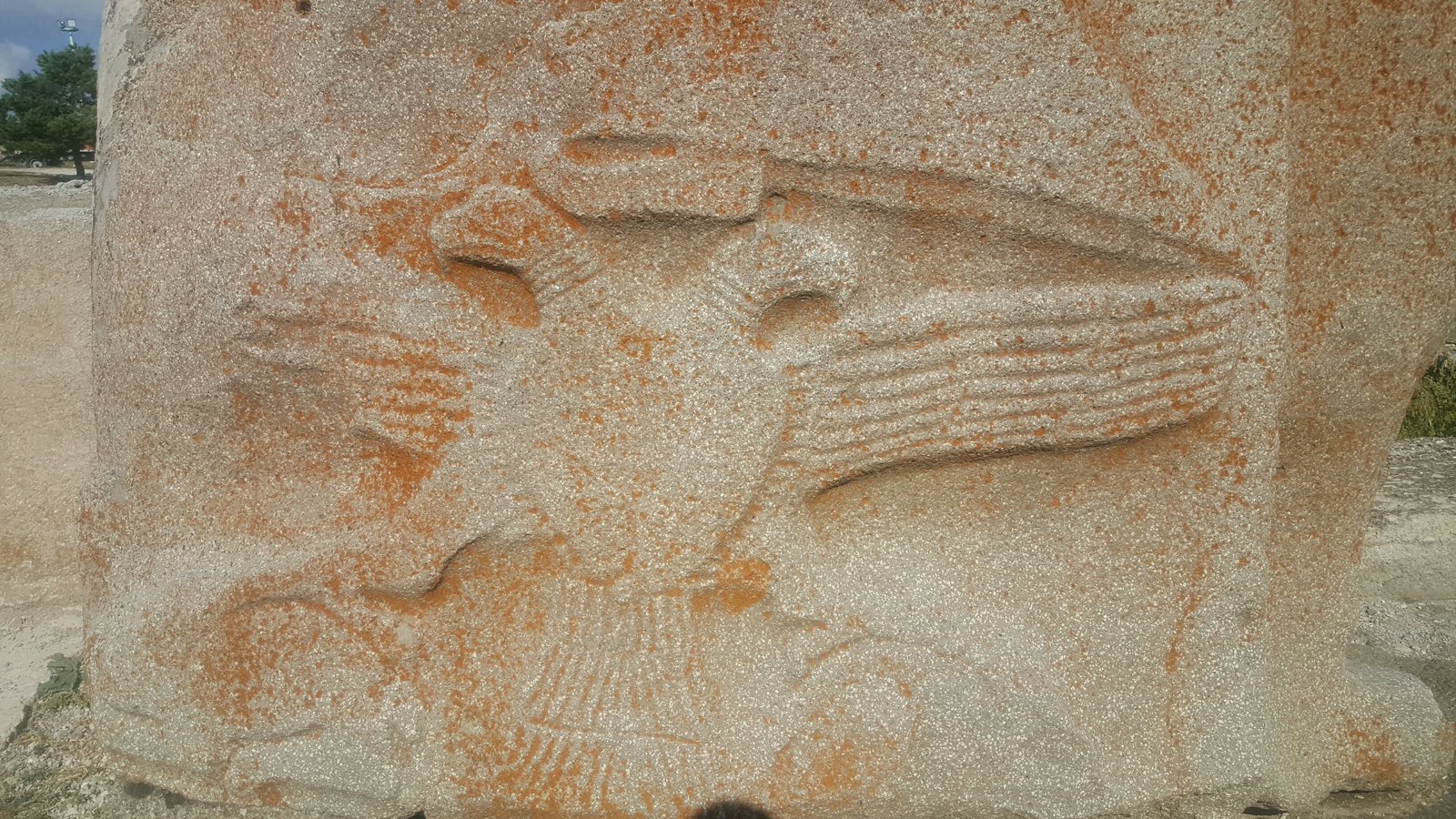 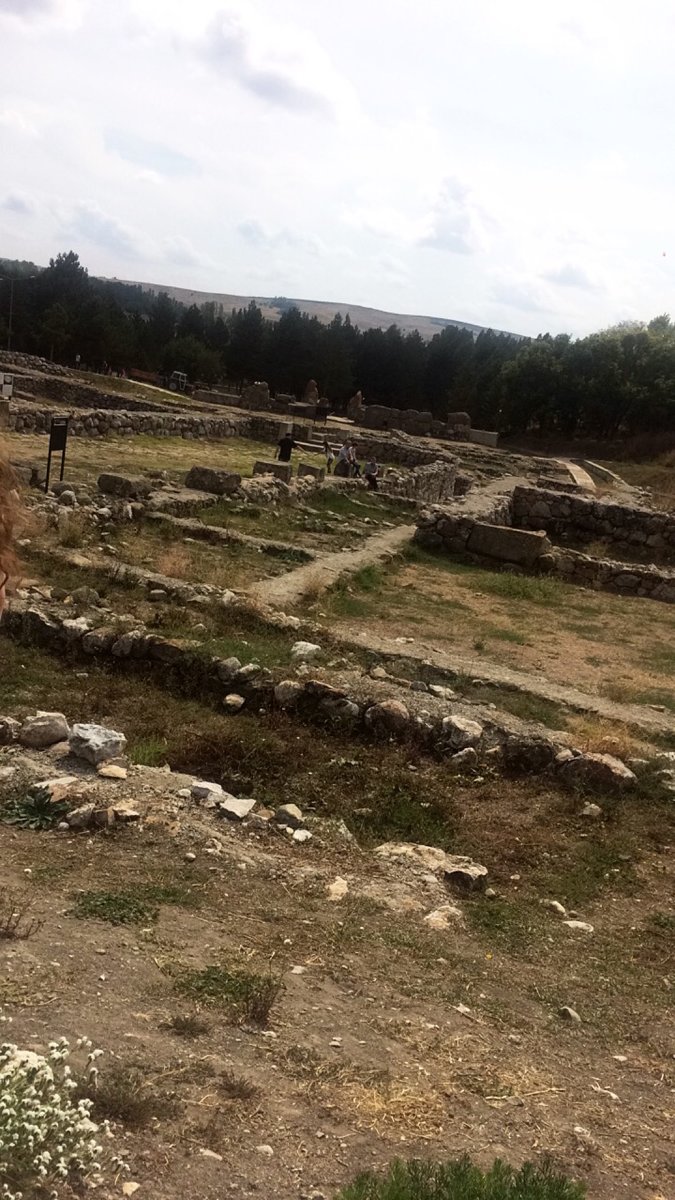 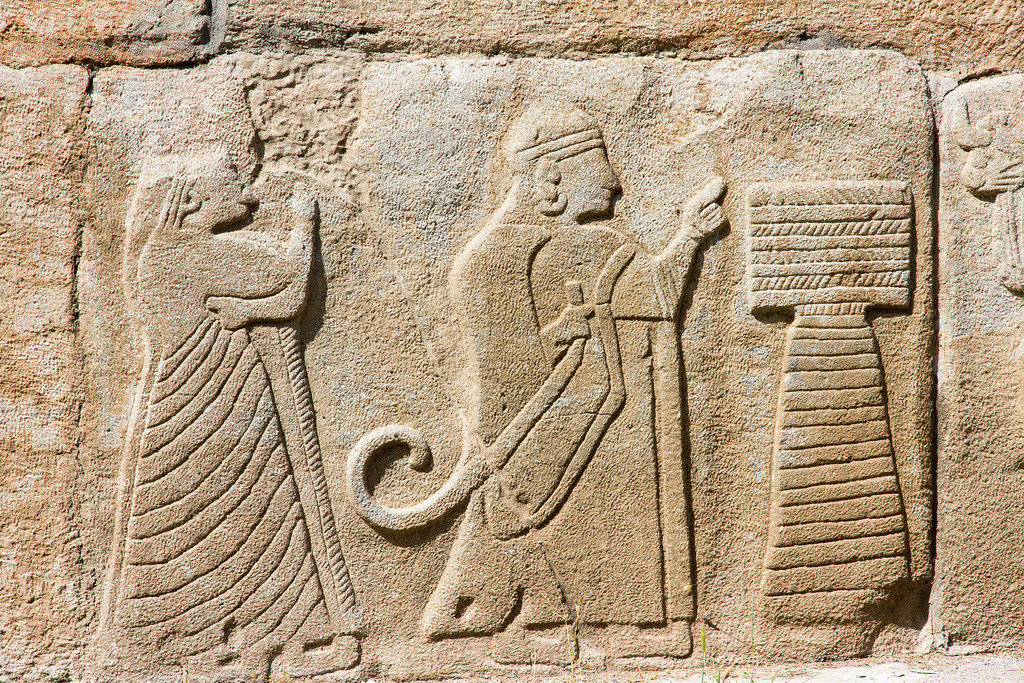 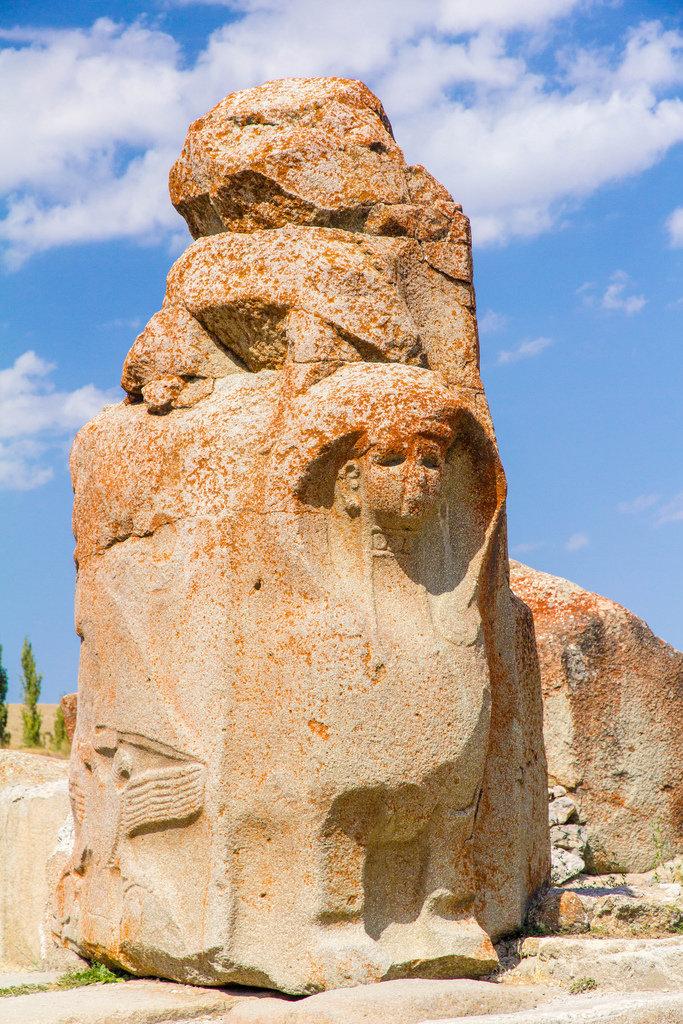 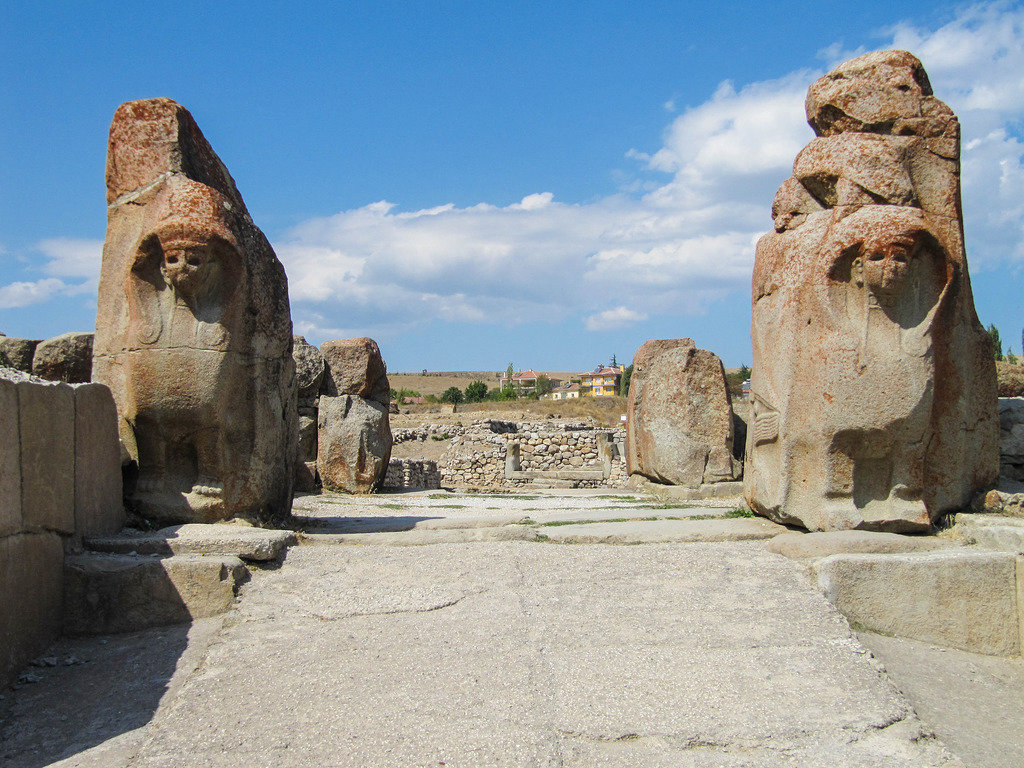 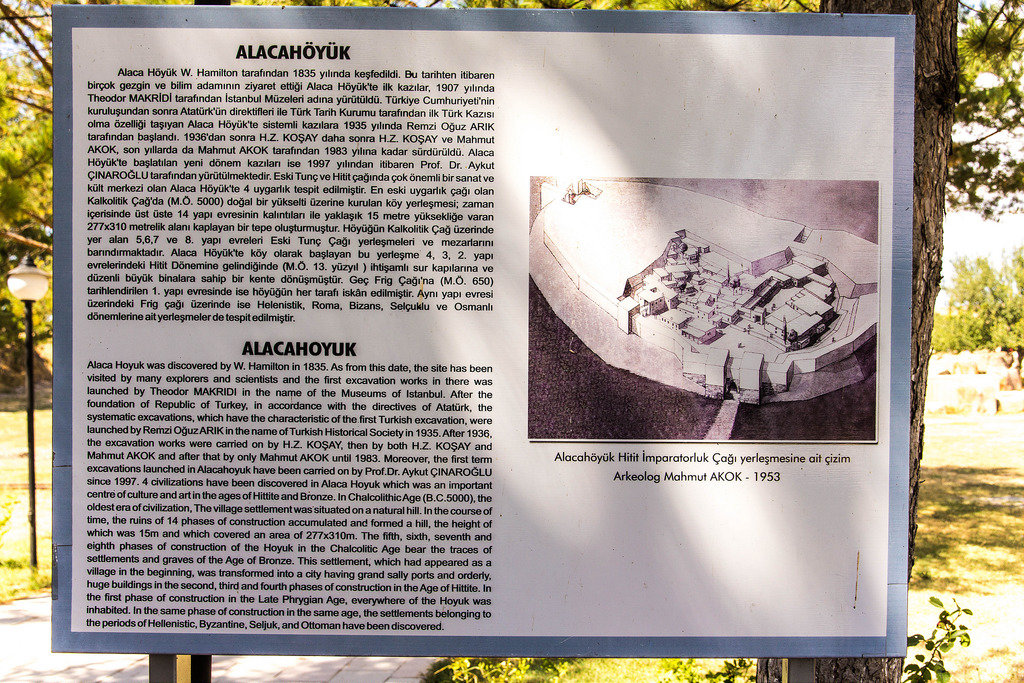 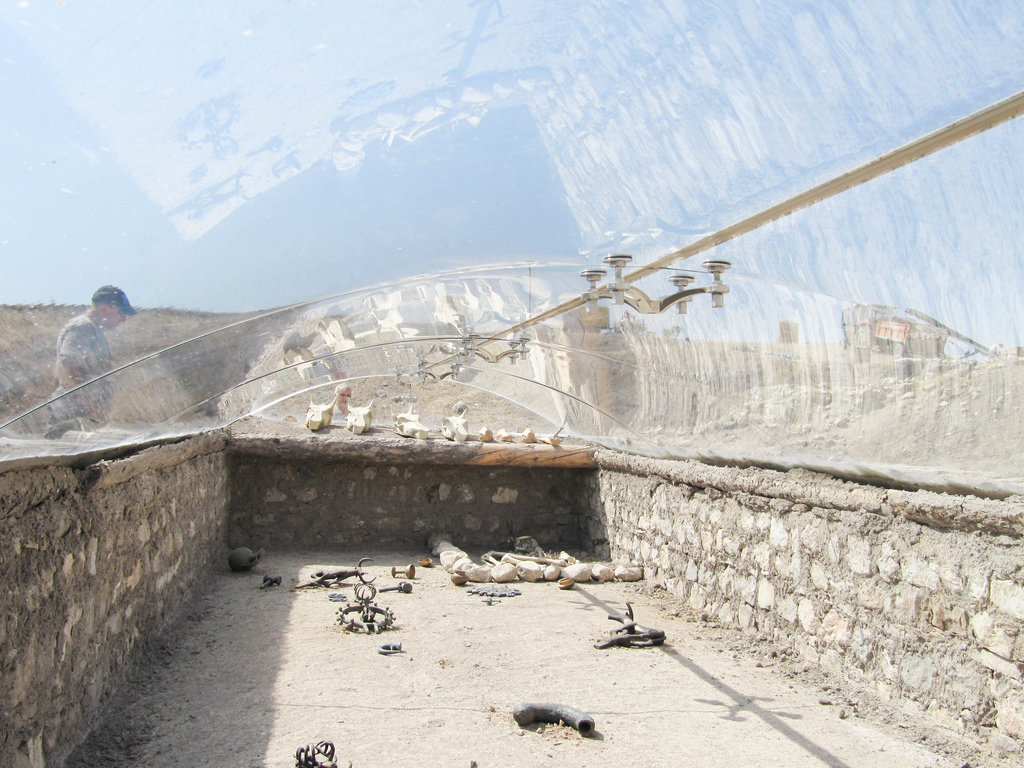 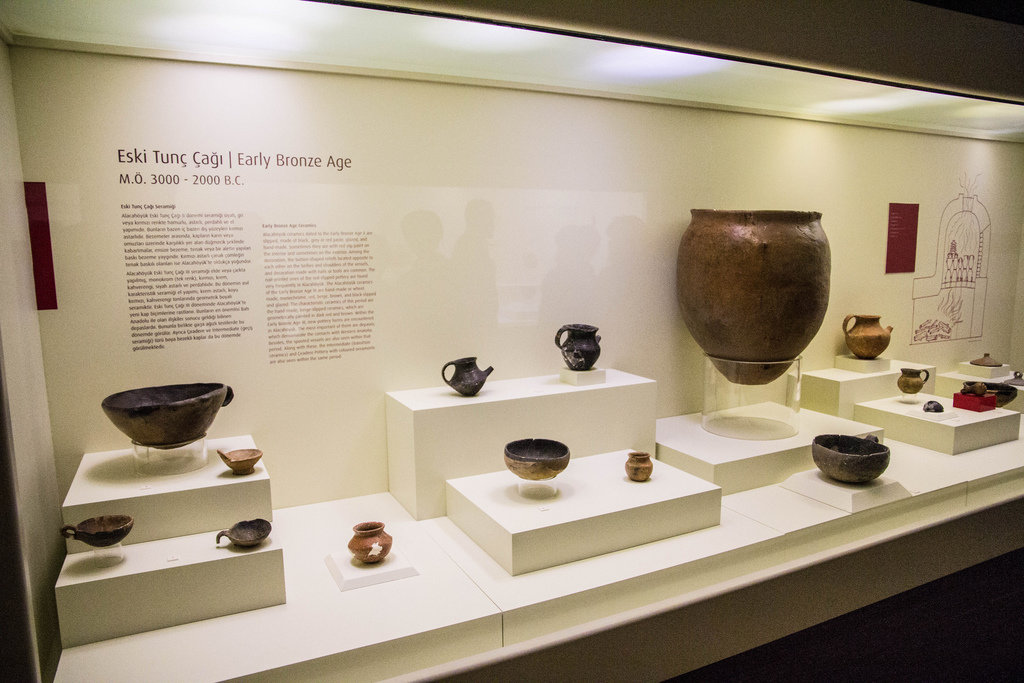 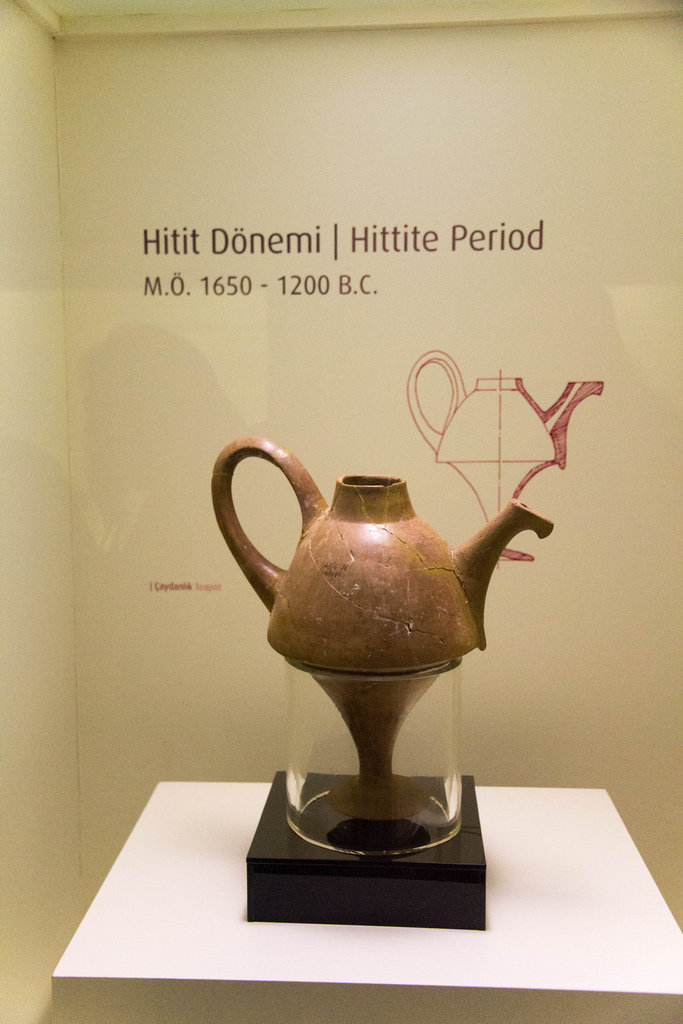 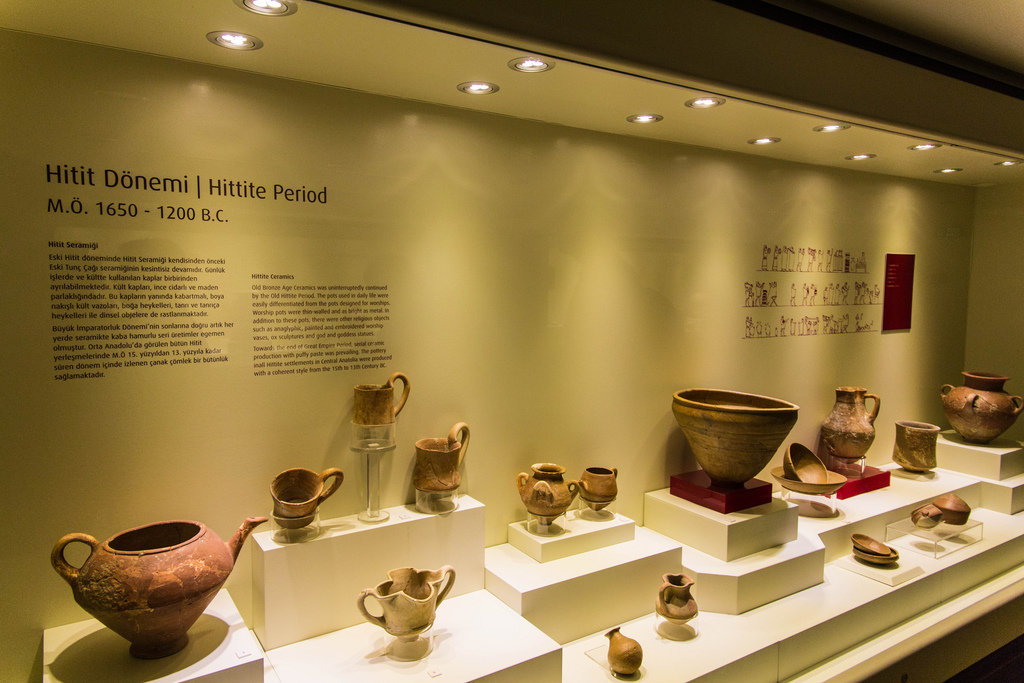 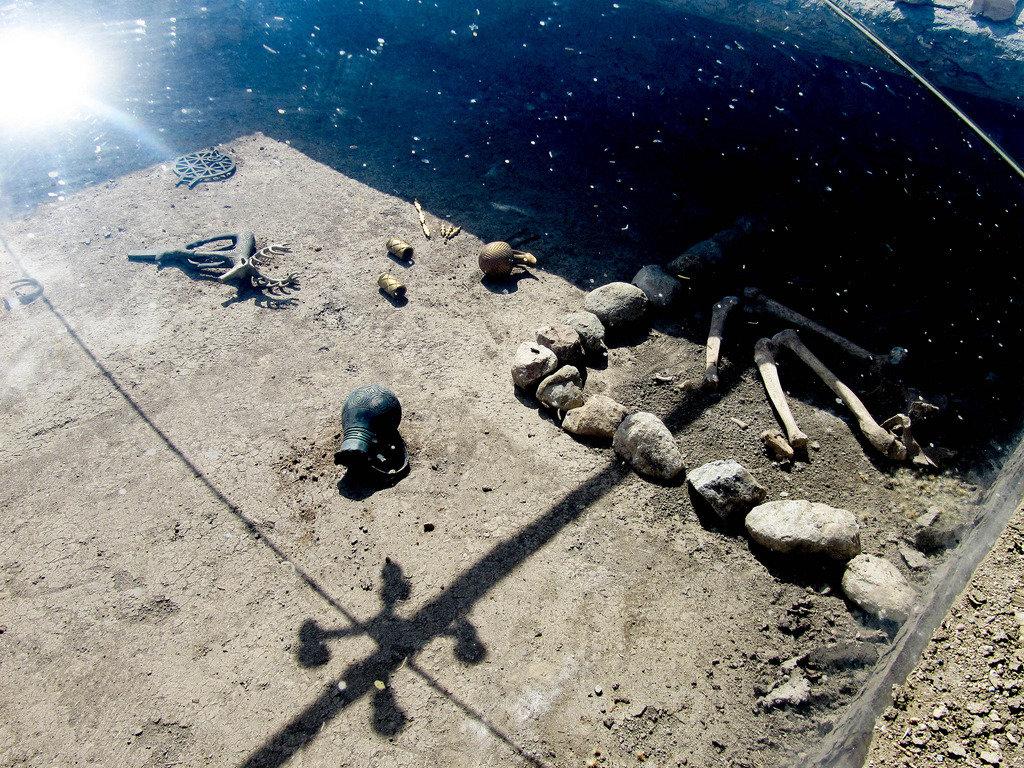 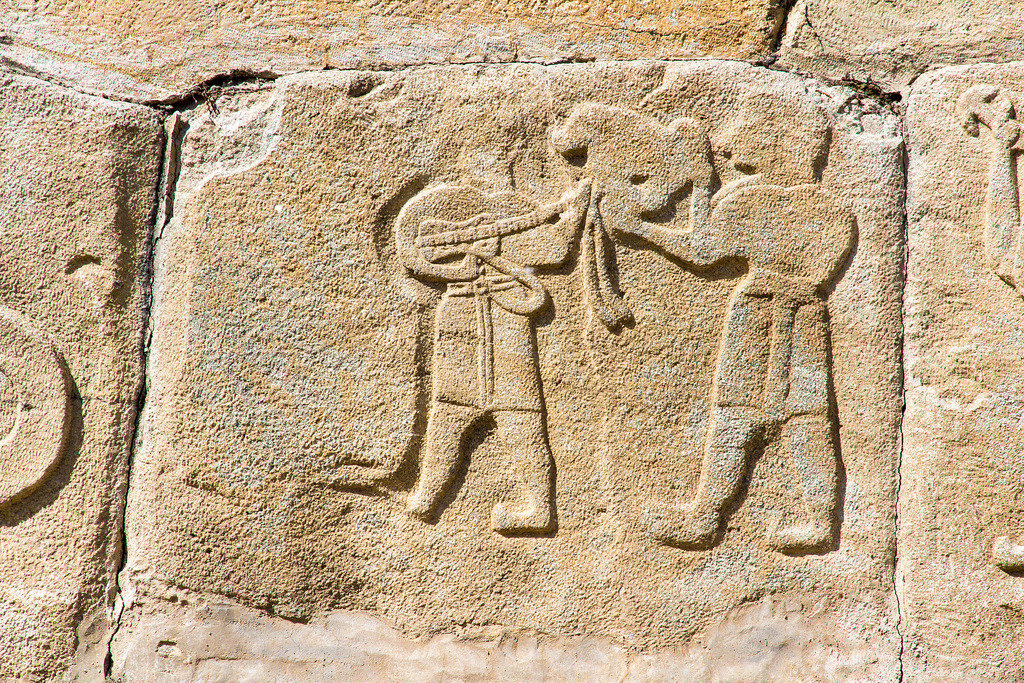 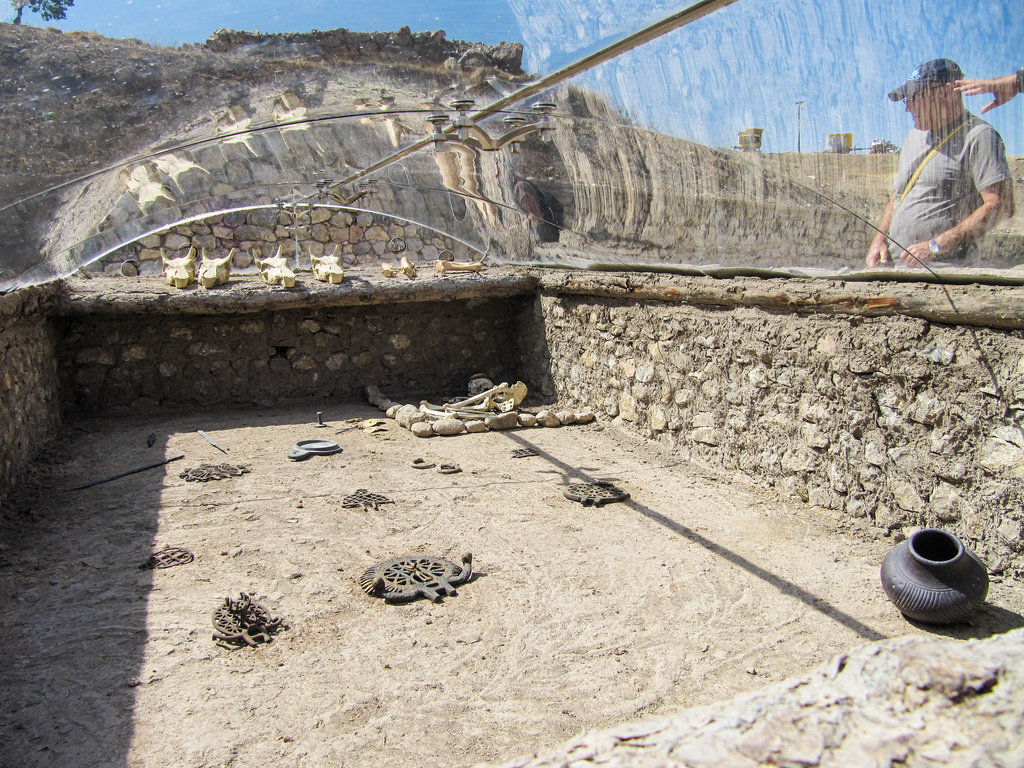 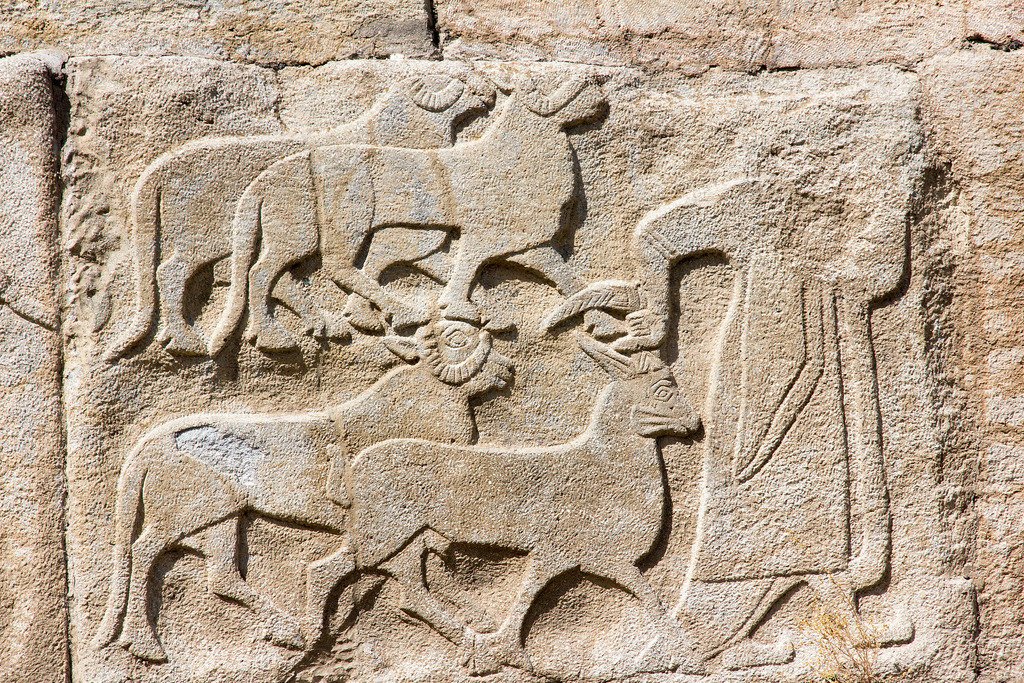