×
What are you looking for?
See all results
Monuments and memorials in Montgomery 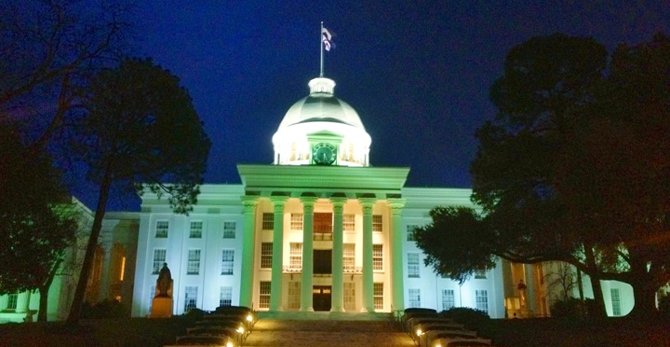 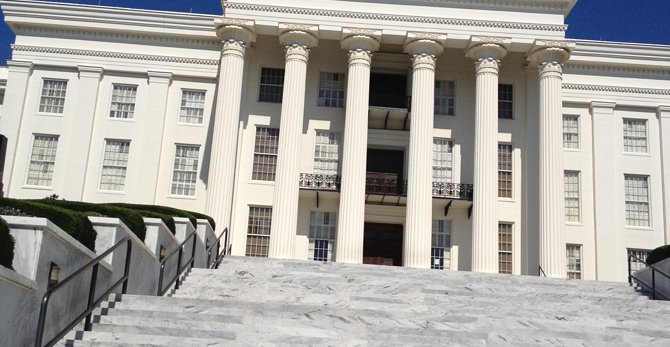 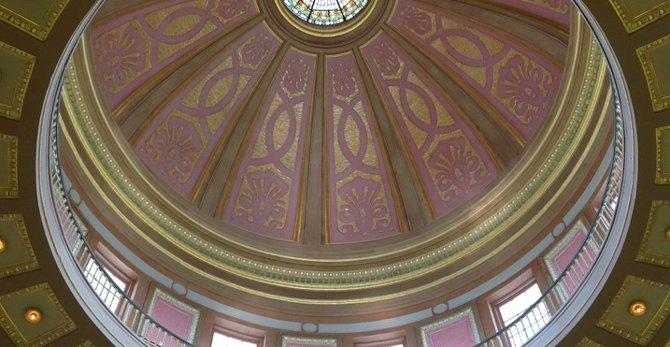 The Alabama State Capitol, also known as First Confederate Capitol, is located on Goat Hill in Montgomery, Alabama. The structure was built in 1851.

The first Capitol building in Montgomery, Alabama was built in 1847, and was destroyed by fire in 1849. The current State Capitol was built on the previous Capitol's foundations, and was completed in 1851. The building has grown over time with an east wing added to the buildings rear in 1885, a south wing in 1906, a matching north wing in 1912, and along with a complete renovation to the whole building a modern addition to the rear in 1992.

The building served as home to the Alabama Legislature until 1985, when it moved to the Alabama State House (formerly the State Highway Department Building). Officially, this move is "temporary", since the Alabama Constitution requires that the Legislature meet in the Capitol. In 1984, a constitutional amendment was passed that allowed the Legislature to move to another building if the Capitol were to be renovated. The renovation started in 1985 and was completed in 1992 and upon the reopening of the building, the Governor of Alabama and numerous other state offices moved back into the building, but the Legislature remained at the State House, and has made no plans to return to the Capitol Building. The areas that are open for tourists are the entry foyer with twin opposing cantilever stairwells, the old Governors Office, the old State Supreme Court and the old Supreme Court Library, the Rotunda, the old House of Representatives, and the old Senate Chamber. If a convention is held to reform the current state constitution, the House of Representatives chamber has been suggested as the most likely place that the convention will meet.

On May 7, 2009, the Legislature reconvened in the Capitol for the first time since Sept. 20, 1985, due to flooding in the State House. This required some adapting, as the Capitol does not have desks in the House chamber and the desks in the Senate chamber are circa 1861 replicas nor does either chamber have a computerized voting system. The Capitol's heating and air conditioning is supplied from the State House, and because the electricity had been turned off in the State House due to flooding, there was no air conditioning in the Capitol.

The building also served as the Capitol of the Confederacy in 1861, and a commemorative brass marker in the shape of a six-pointed star is set at the precise location (on the top step, to the right of the door, between the middle columns) where Jefferson Davis stood on February 18, 1861, to take his oath of office as first (and only) President of the Confederate States of America.

The Capitol was declared a National Historic Landmark in 1960. The building and grounds are maintained by the Alabama Historical Commission. One block west is the landmark Dexter Avenue Baptist Church, where Martin Luther King, Jr. organized actions of the Civil Rights Movement of the 1950s and 1960s, in opposition to Alabama's government policies.

In 1961 Governor John Patterson flew the Confederate battle flag over the Capitol in celebration of the centennial of the Civil War, and later it continued to be flown as a symbol of defiance to the federal government's desegregation policies. The flag remained until it was removed in 1993 after a state judge ruled that a 1895 state statute allows only the national or state flags to fly over the Capitol.

The building is in the Greek Revival style, designed by Barachias Holt. The building is known for its distinctive spiral staircase. Additions were made to the original building in 1885, 1906, 1911, and 1992.

The rotunda is decorated with a painted murals depicting Alabama's history. The murals are by Roderick MacKenzie, a Scottish-born artist who relocated to Alabama. The murals were executed on canvas from 1926 to 1930 at MacKenzie's Mobile studio. They were then shipped to Montgomery by railroad and installed in July 1930.

On the north side of the Capital grounds there is a monument to veterans of The Civil War on which is inscribed "Dedicated to the knightliest of the knightly race..." Critics have said that this monument promotes white supremacy, but have met with considerable resistance in attempting to get rid of it as the cornerstone for the 109 foot tall monument was laid by Jefferson Davis.

Sandy Elders
All Alabamians should visit their State Capitol. Take your children. Visit the Federal building as well. Make a trip to the Governors home as well.

See all hotels See all
DoubleTree by Hilton Montgomery Downtown

The Civil Rights Memorial in Montgomery, Alabama, is a memorial to 40

Montgomery Zoo is located on the north side of Montgomery, Alabama.

Alabama Adventure is an Alabama amusement park, located off Interstate

USS Constitution is a wooden-hulled, three-masted heavy frigate of the 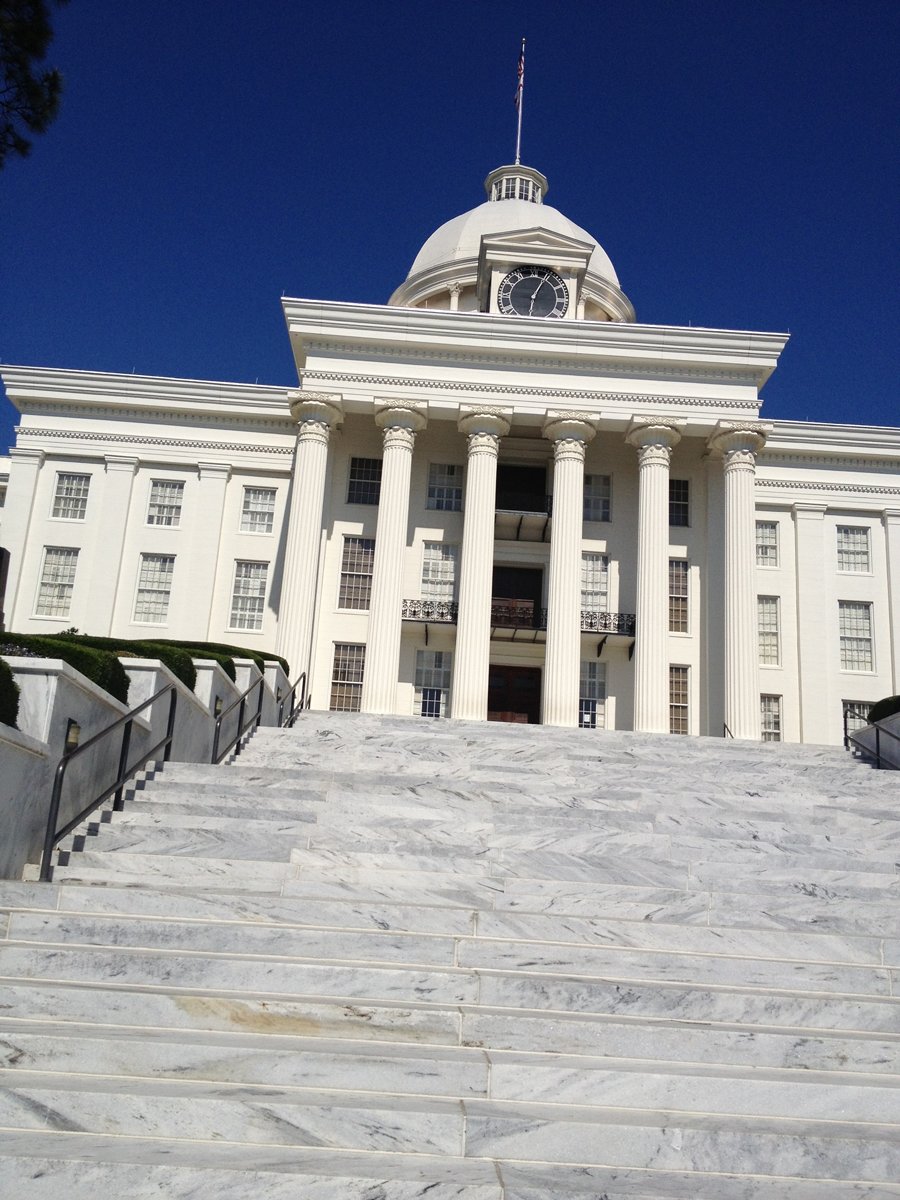 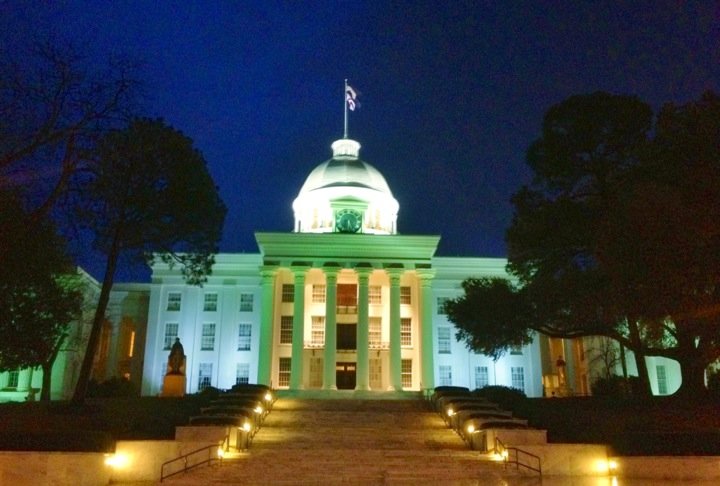 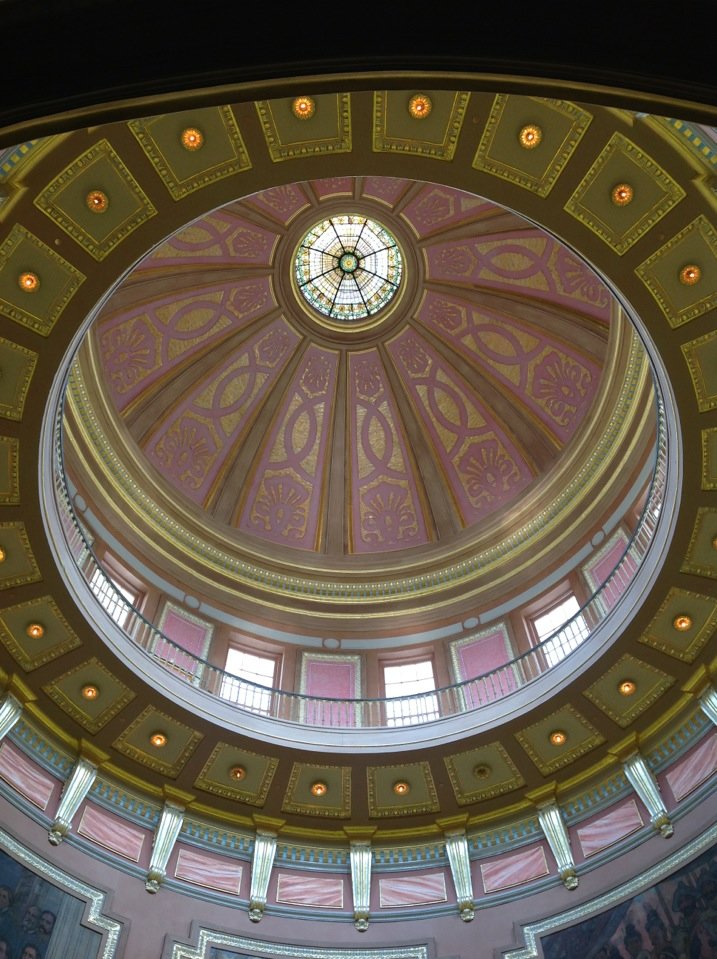 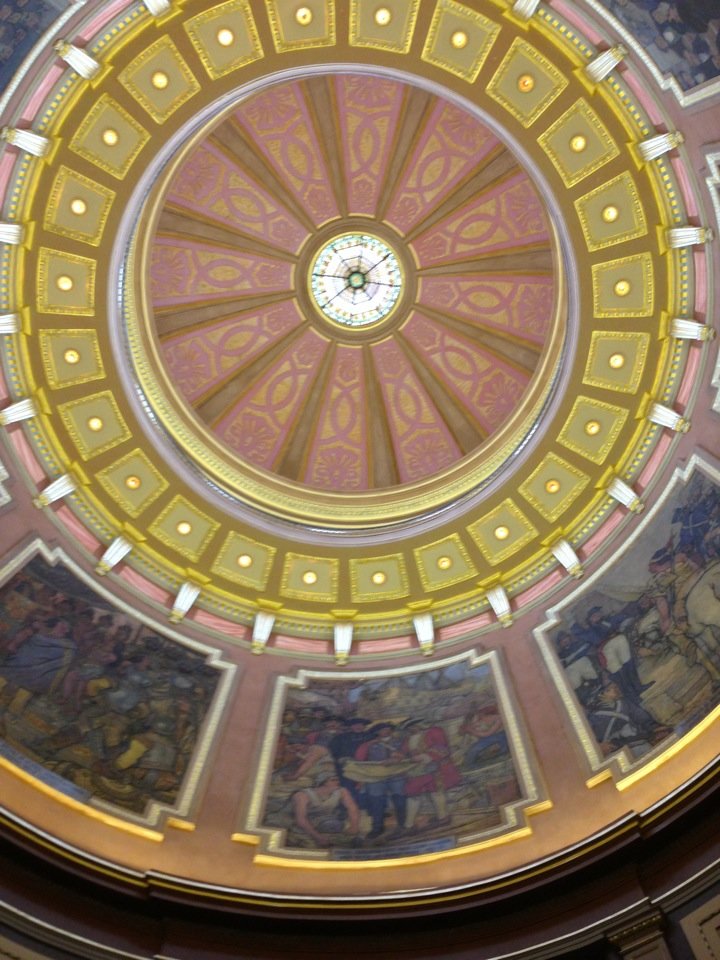 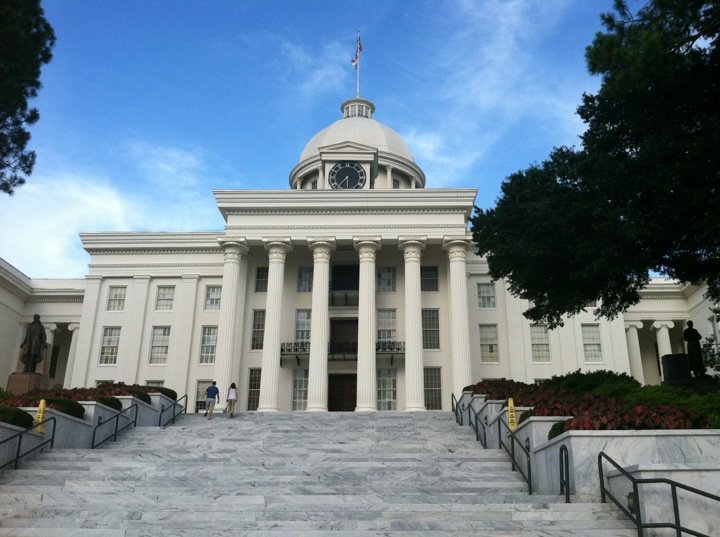 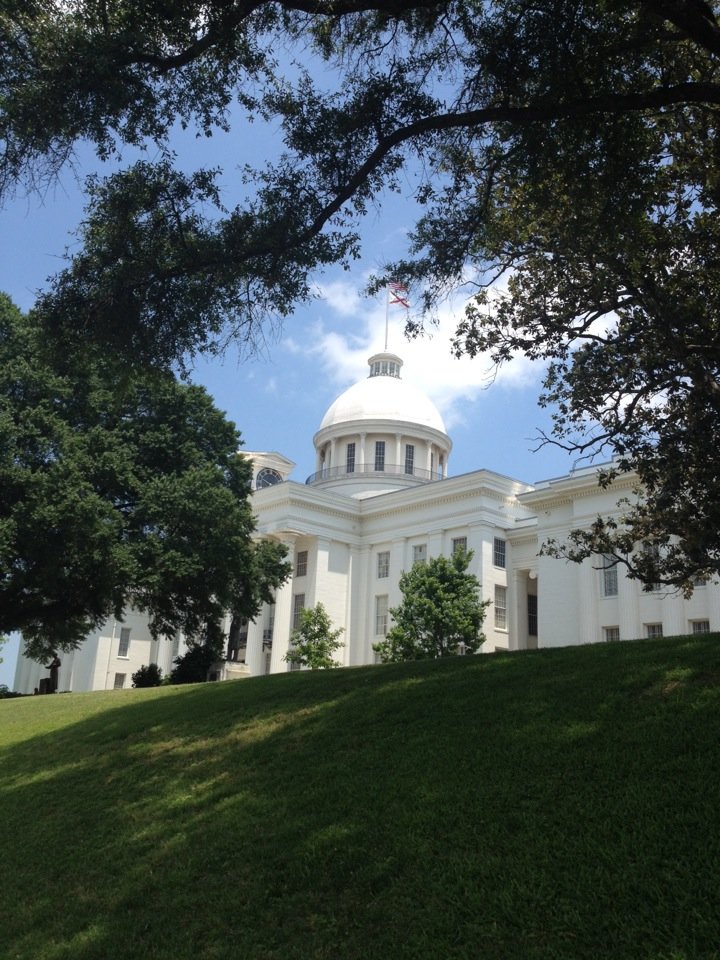 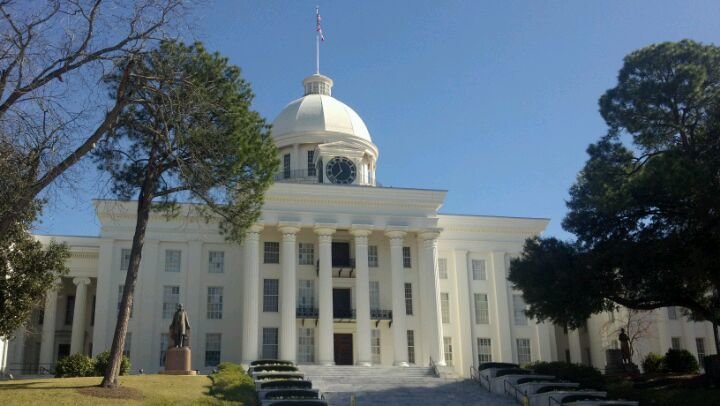 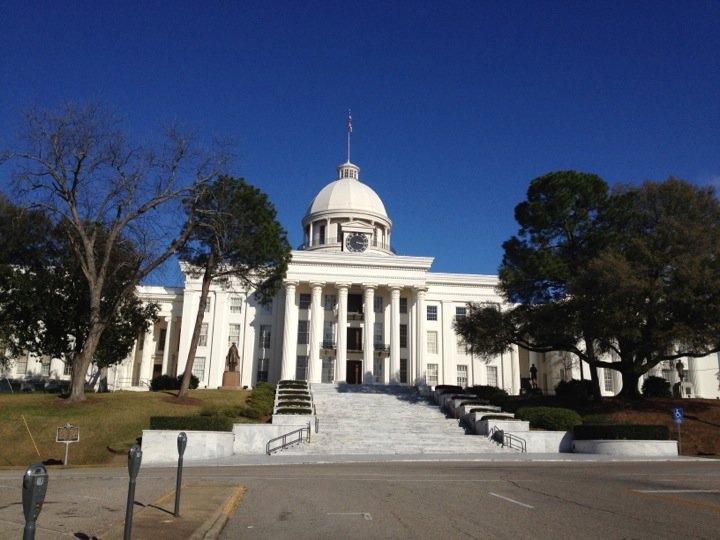 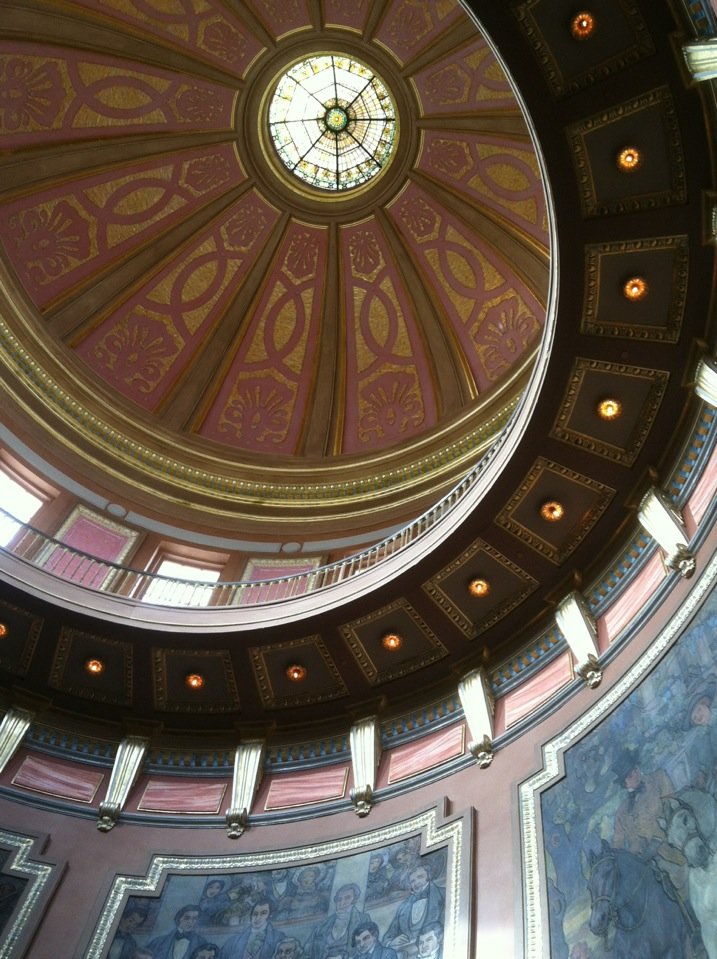 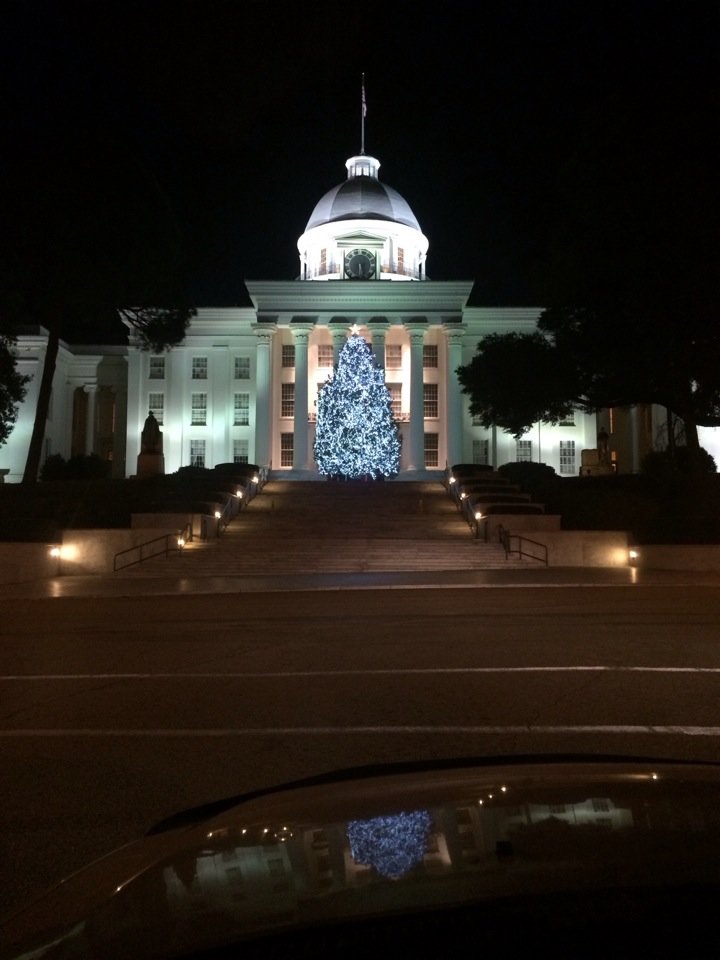 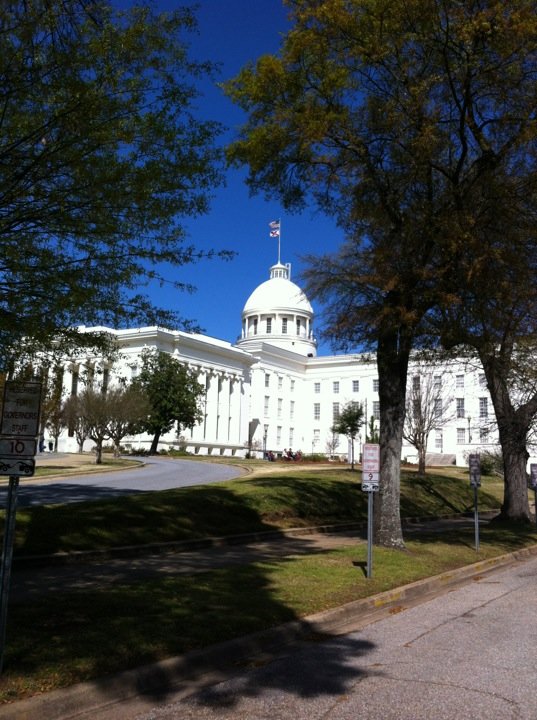 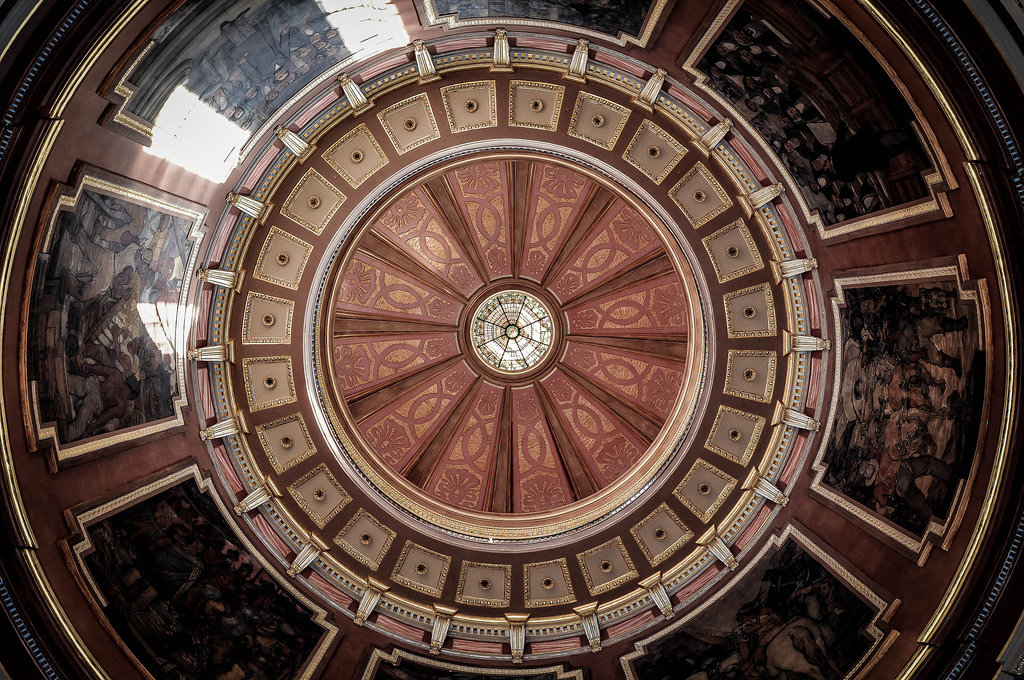 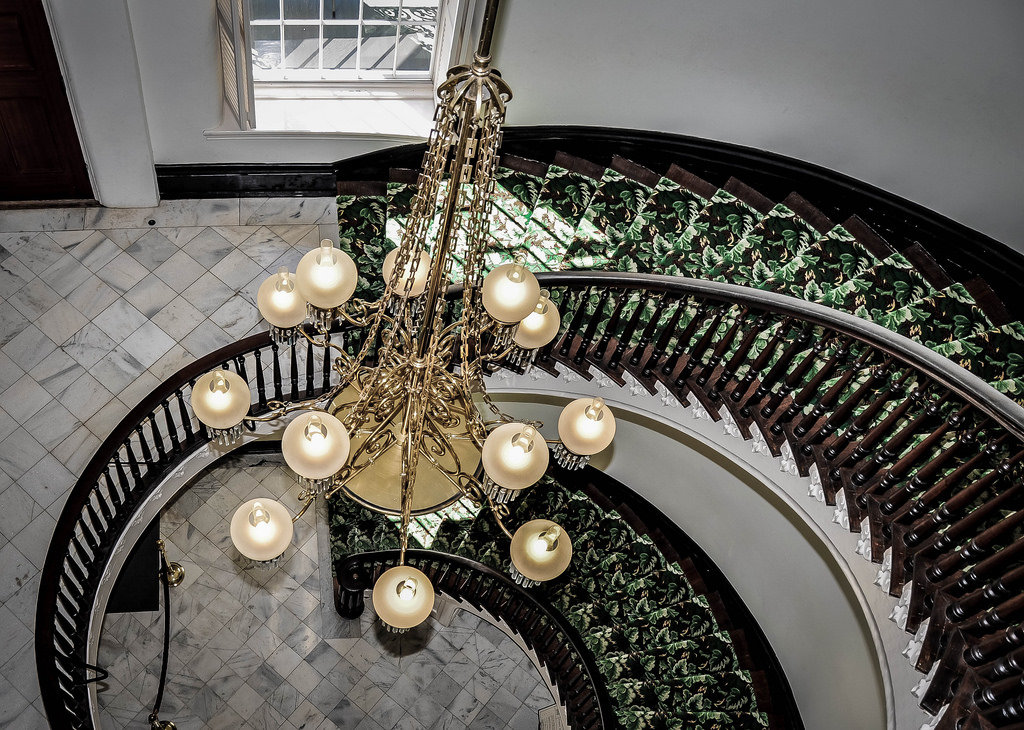 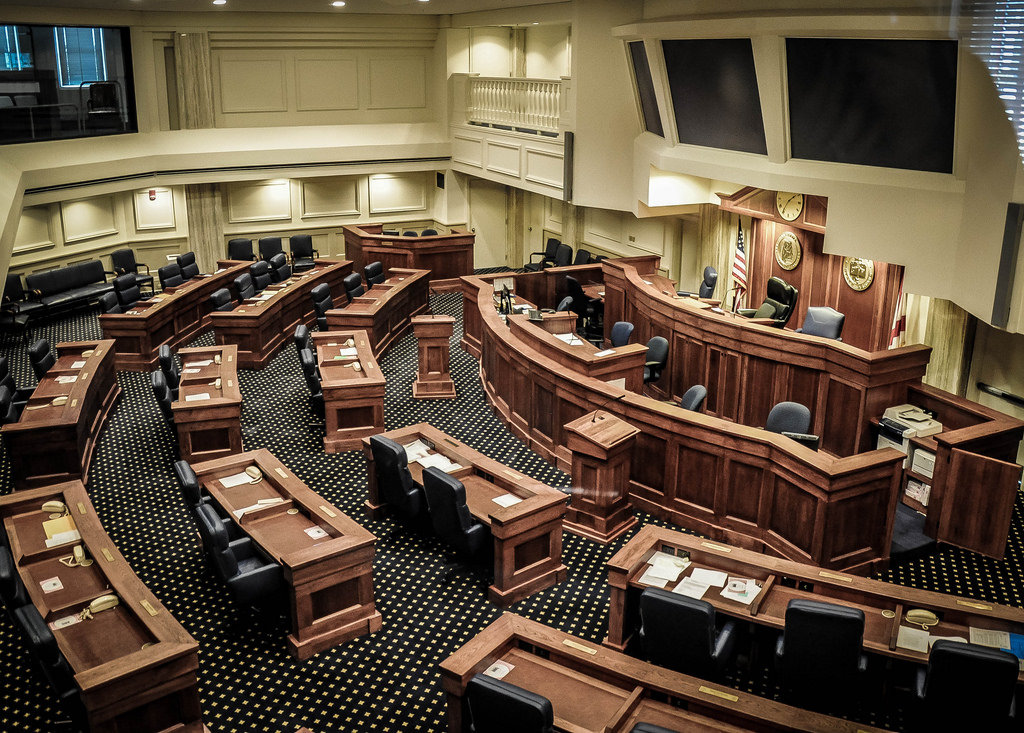 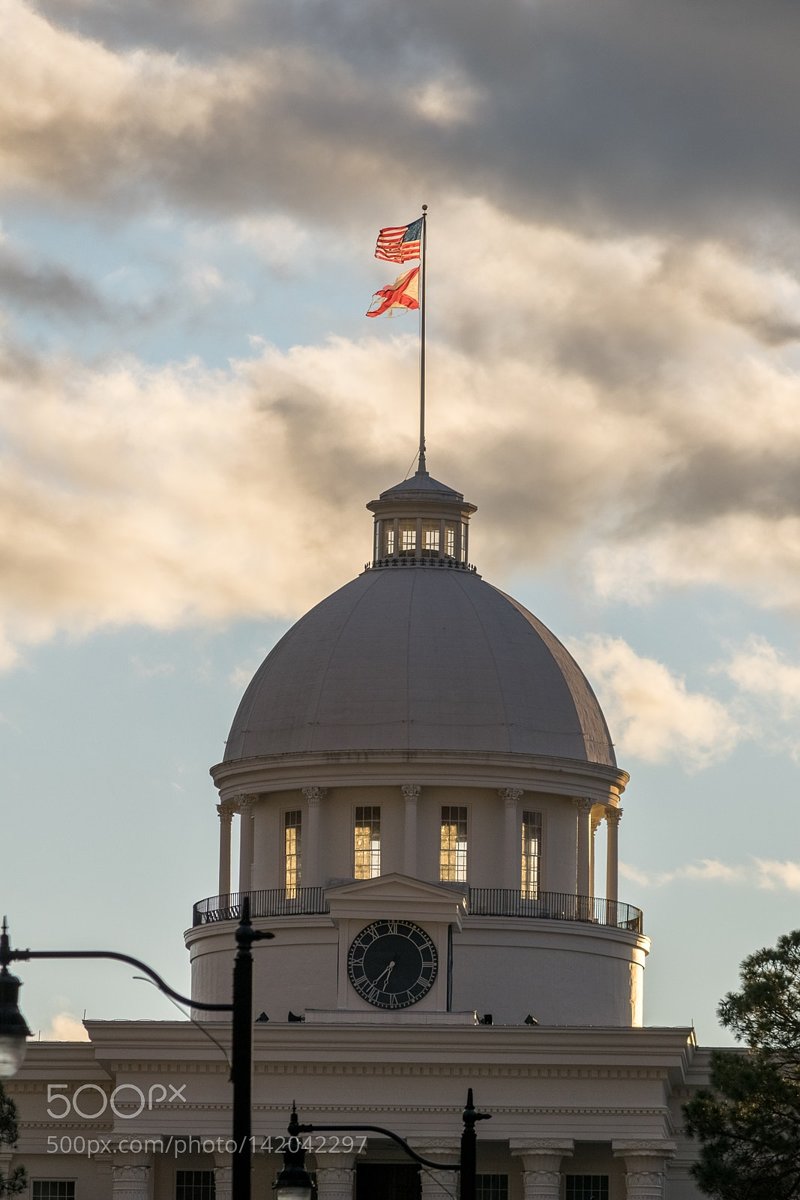 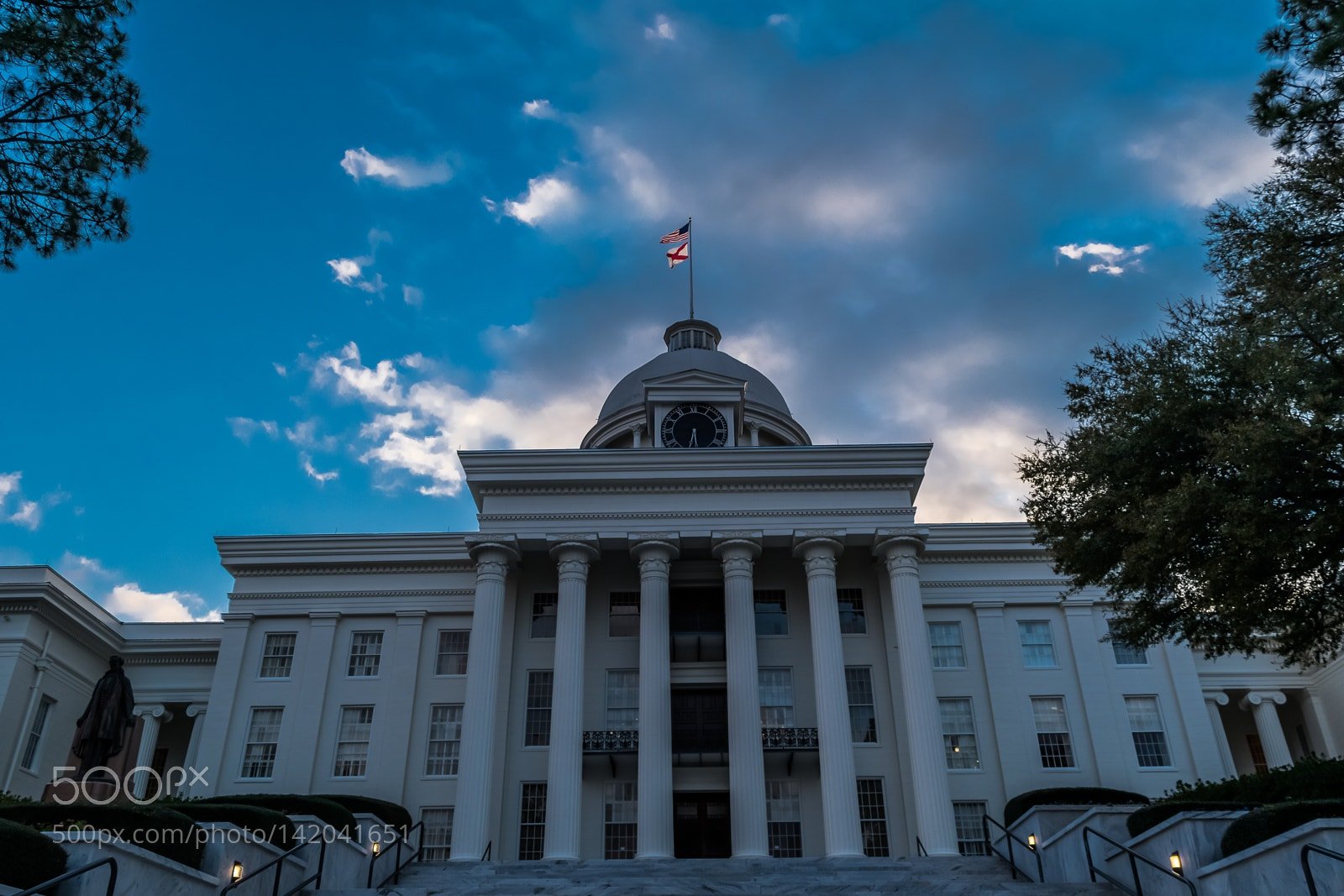 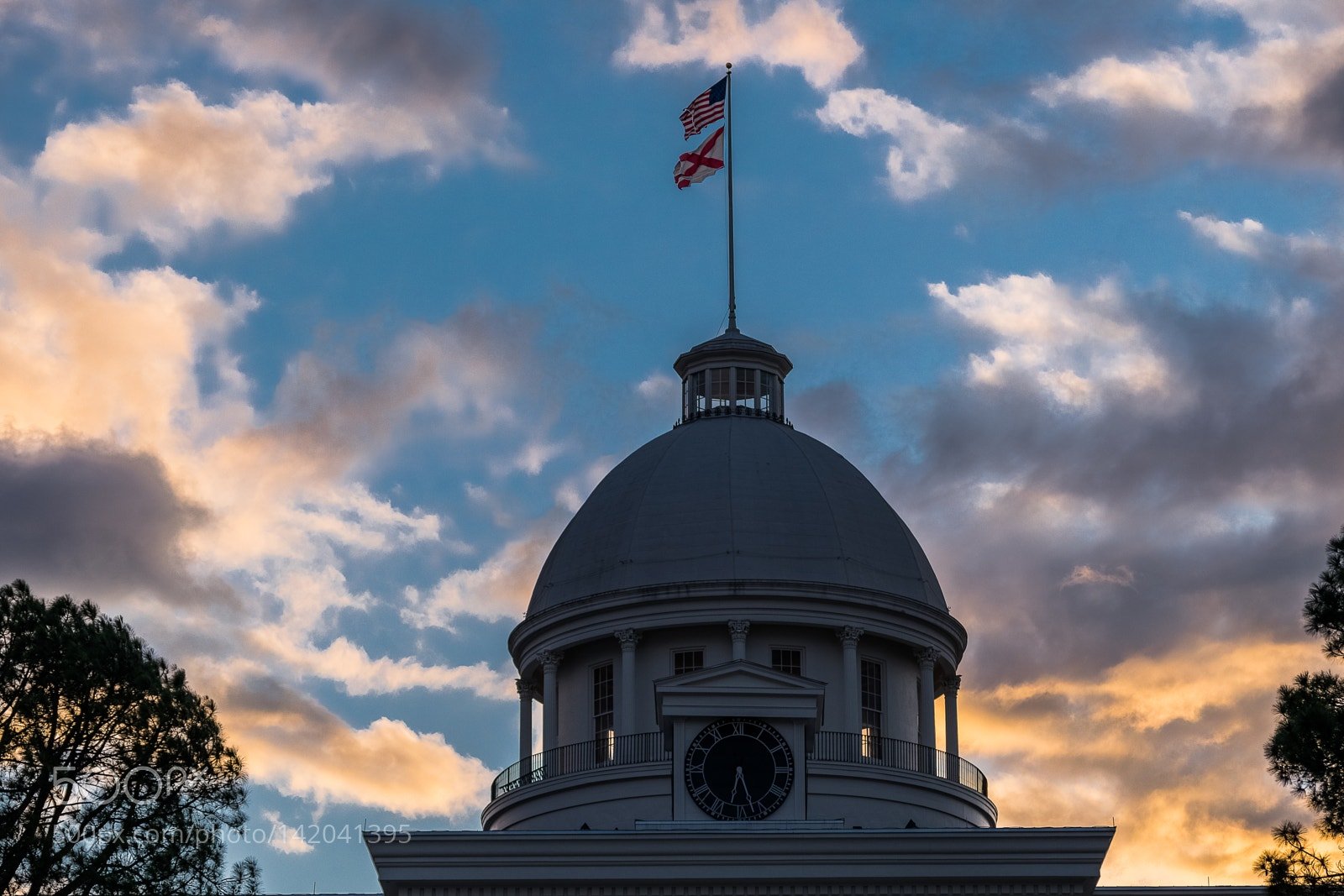 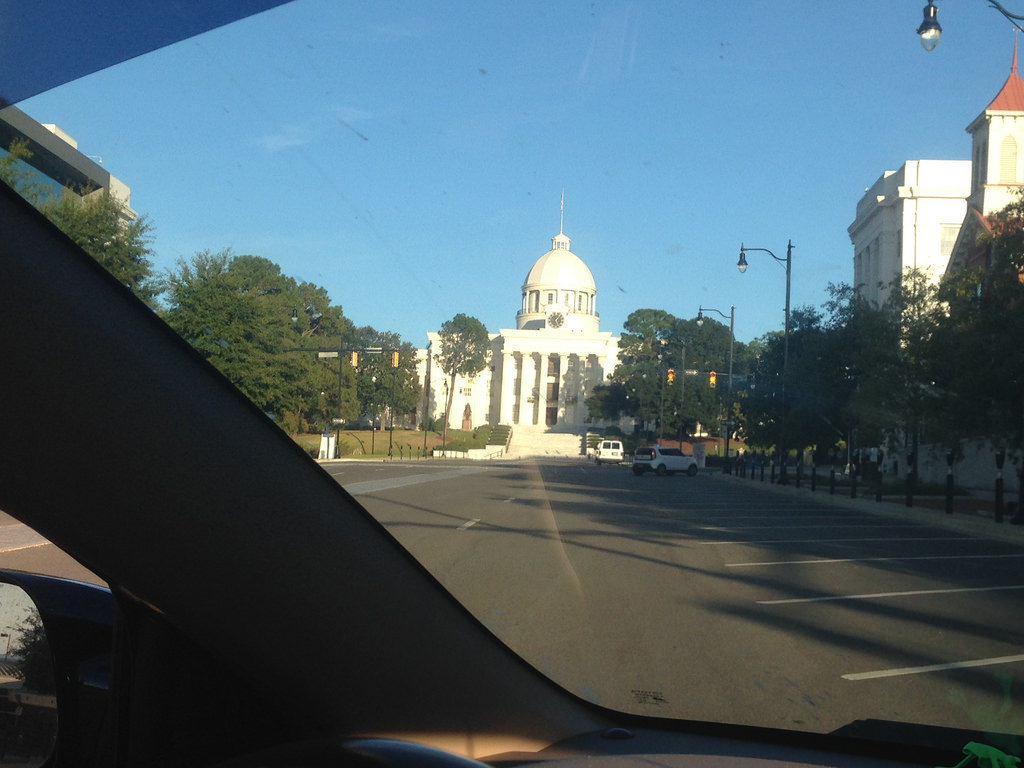 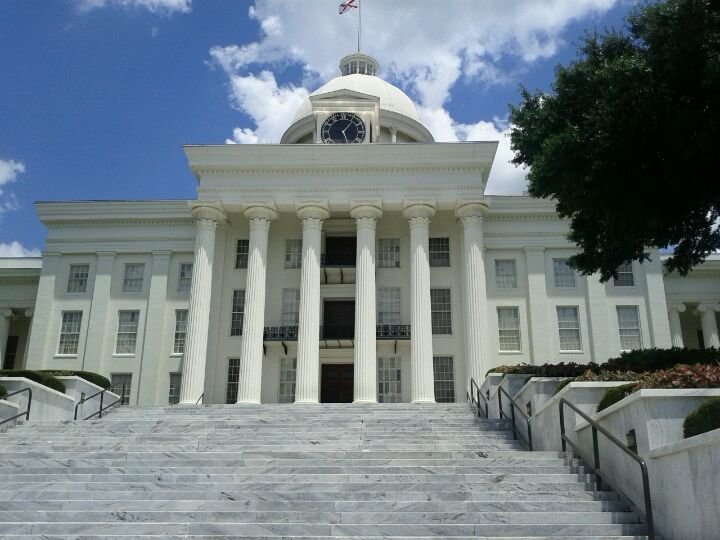 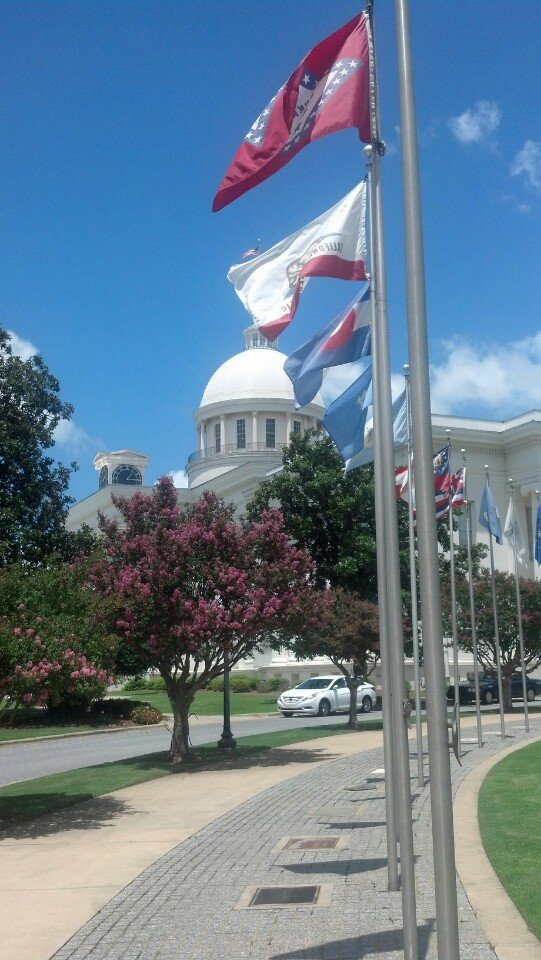