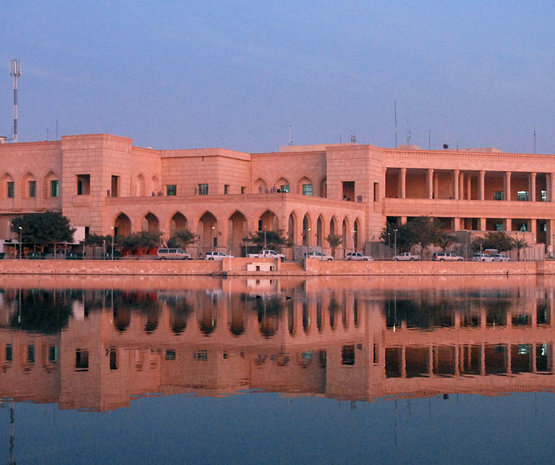 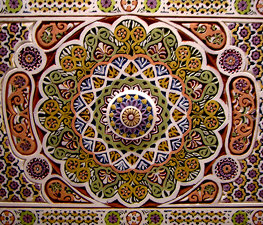 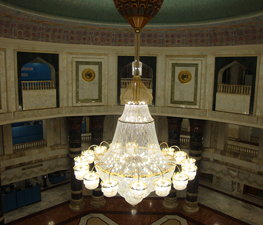 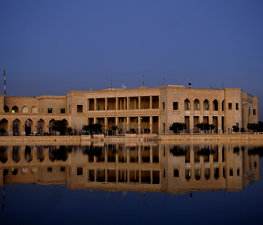 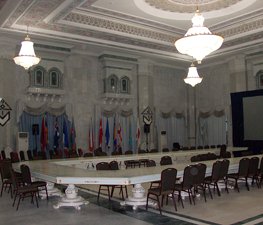 The Al Faw Palace (also known as the Water Palace) is located in Baghdad approximately 5 kilometers from the Baghdad International Airport, Iraq. Saddam Hussein commissioned its construction to commemorate the Iraqi forces' re-taking of the Al-Faw Peninsula during the Iran-Iraq conflict.

Al Faw Palace is situated on a former resort complex about 5 kilometers from the Green Zone, which is now referred to as the International Zone or IZ. The complex contains numerous villas and smaller palaces and is now one of the largest US/Coalition bases in Iraq (Camp Victory/ Camp Liberty). The palace contains over 62 rooms and 29 bathrooms. Many of the rooms have now been converted to serve as offices, and since 2004 the Palace has been used as the headquarters for the Multi-National Force - Iraq (MNF-I), along with the Joint Operations Center (JOC), which serves as 'Mission Control' for the Multi-National Corps - Iraq (MNC-I) and all operational aspects of Operation Iraqi Freedom. There is an artificial lake surrounding the palace that has a special breed of large bass dubbed the Saddam bass, as well as large carp. Saddam formerly used the palace for duck-hunting expeditions.

Because of the very light damage to the Al Faw Palace and other structures located on what is now Camp Victory, it is widely presumed that the planners of the 2003 invasion intended that this area would be used as a headquarters and main base area following the liberation of Baghdad.[] The resort is surrounded by high walls with preconstructed security towers, which contributes to more readily maintaining surveillance and security for the former resort. Coordinates:

Tips & Hints
Arrange By:
Popular first New first
There are no tips nor hints for Al-Faw Palace yet. Maybe be you will be the first one to post useful information for fellow travellers? :)
4.9/10
488 people have been here
I've been here
Add to wishlist 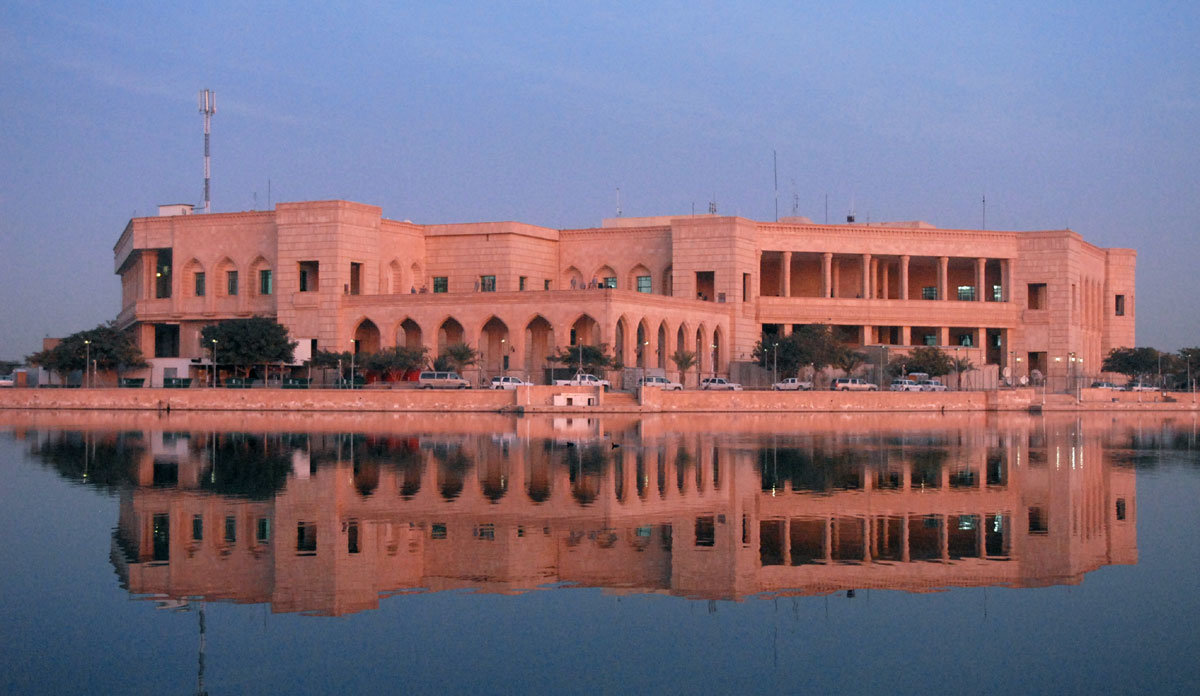 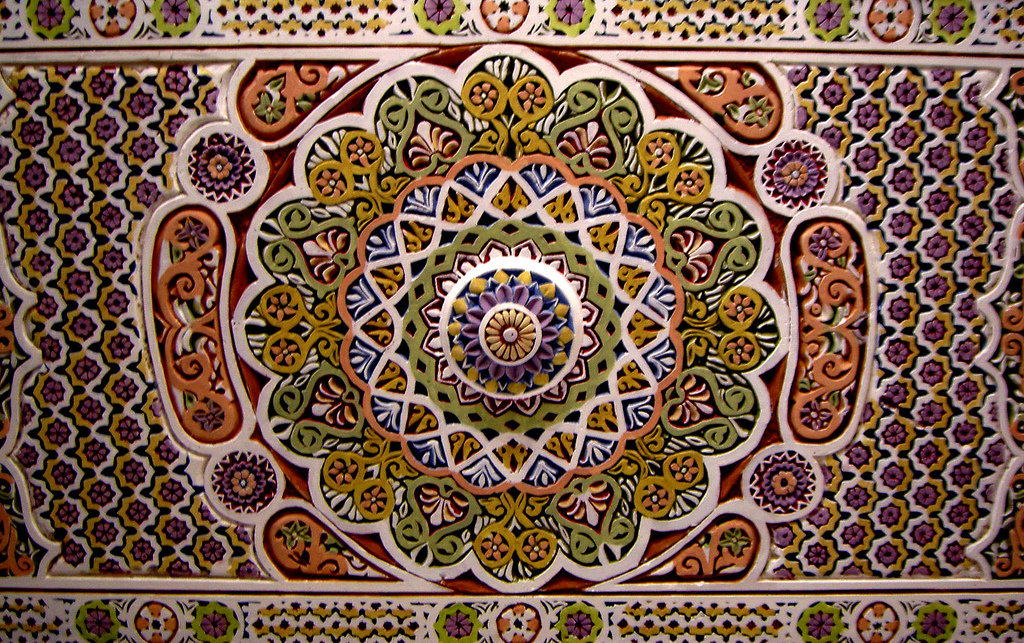 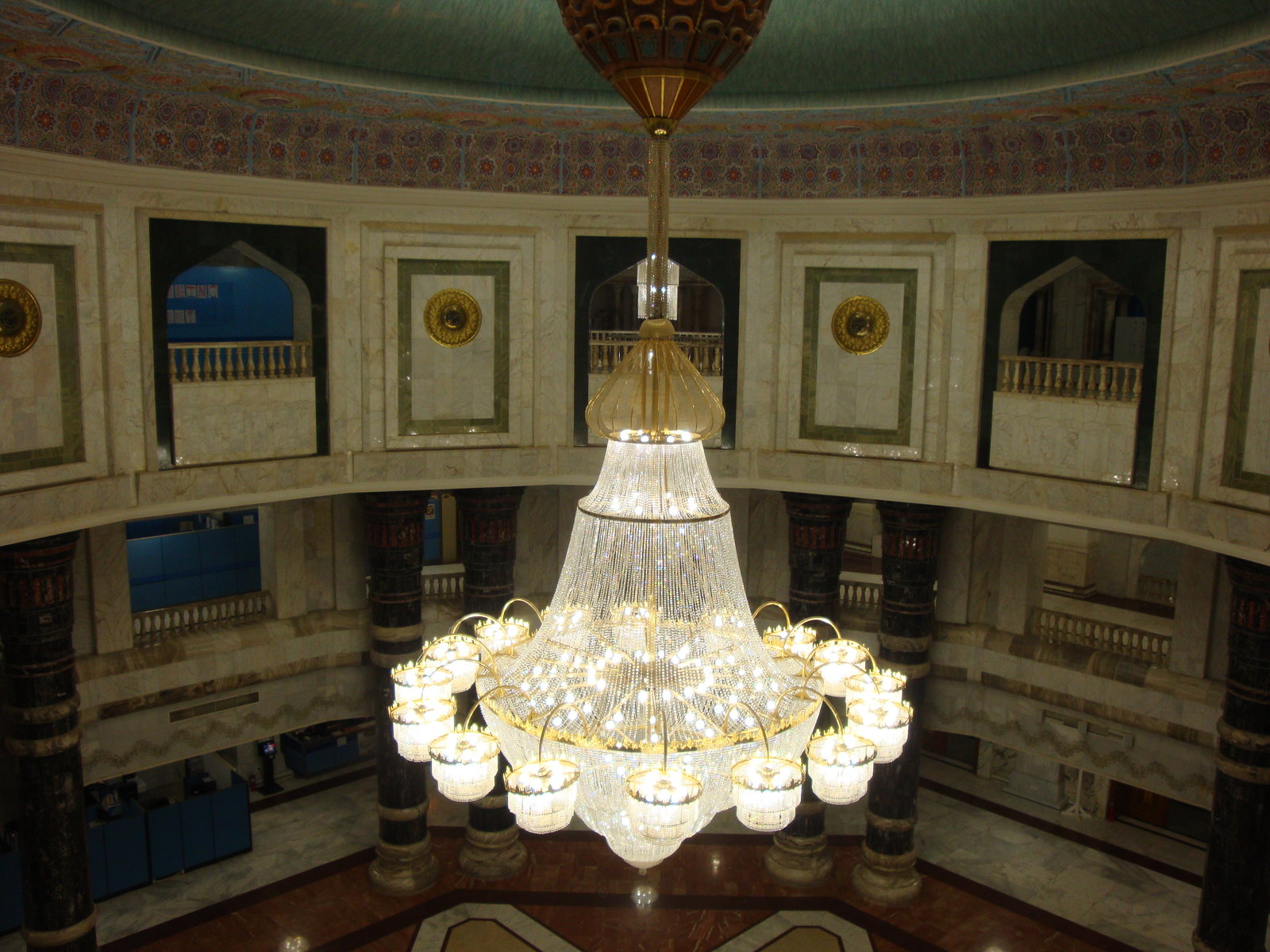 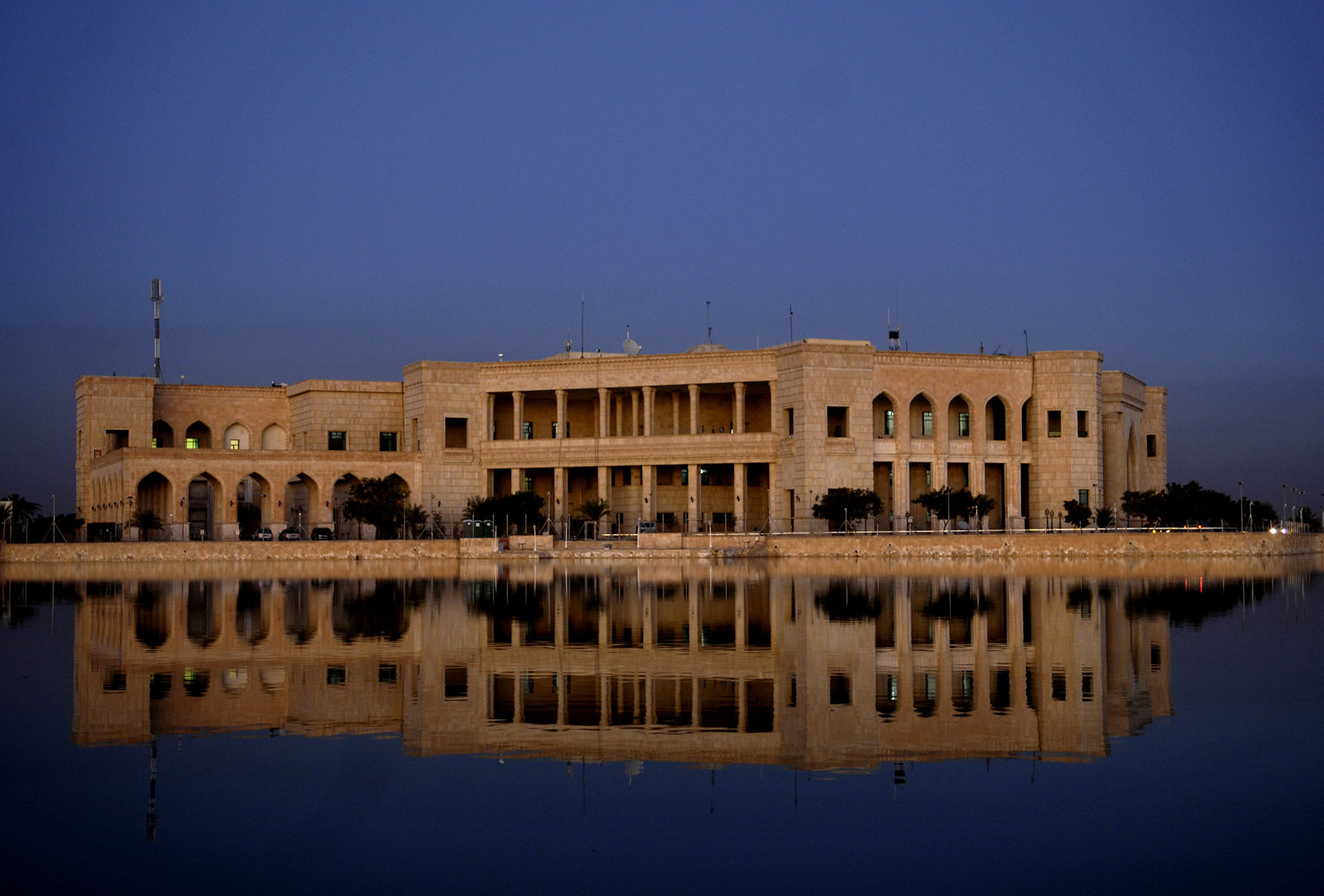 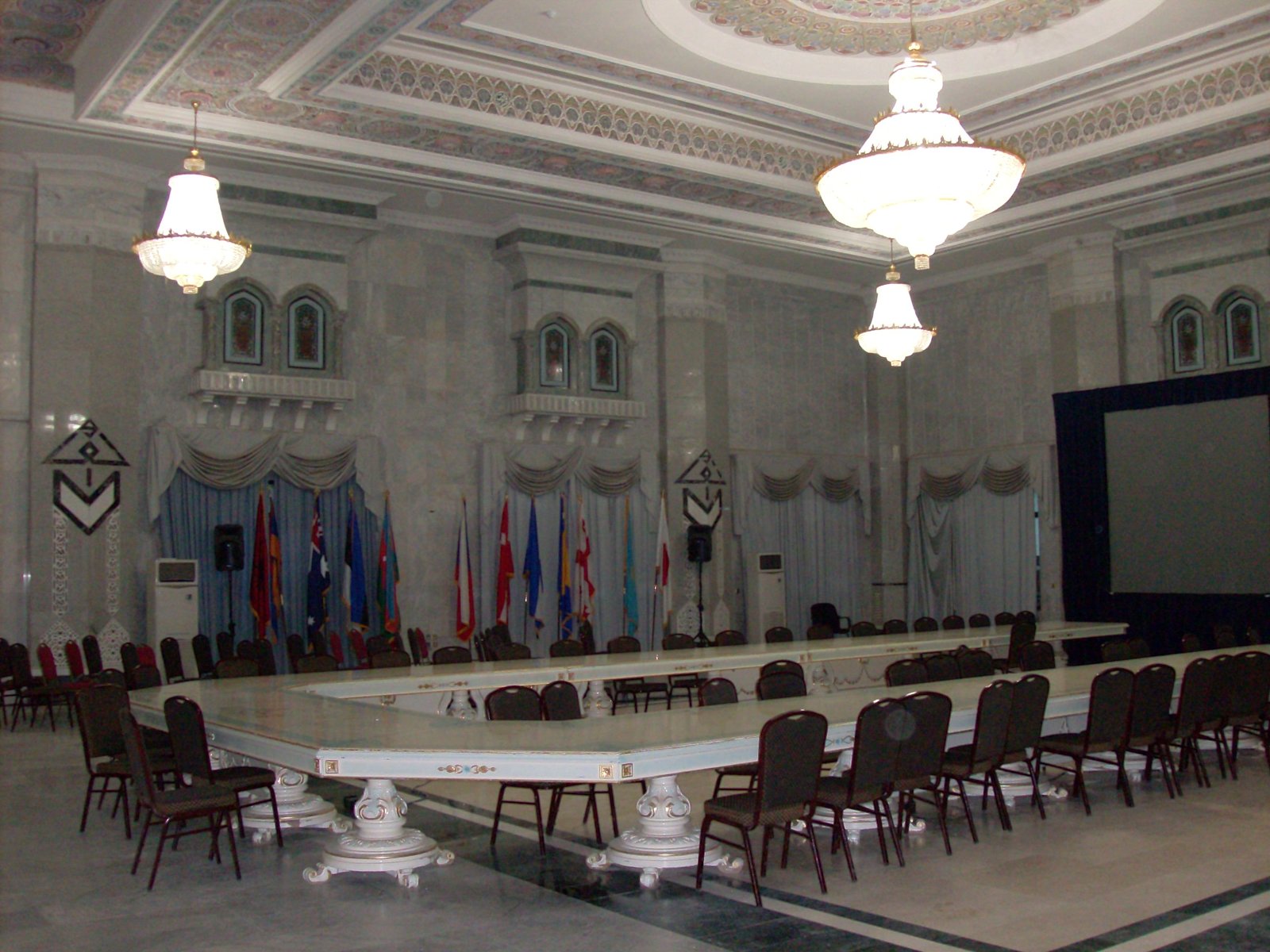 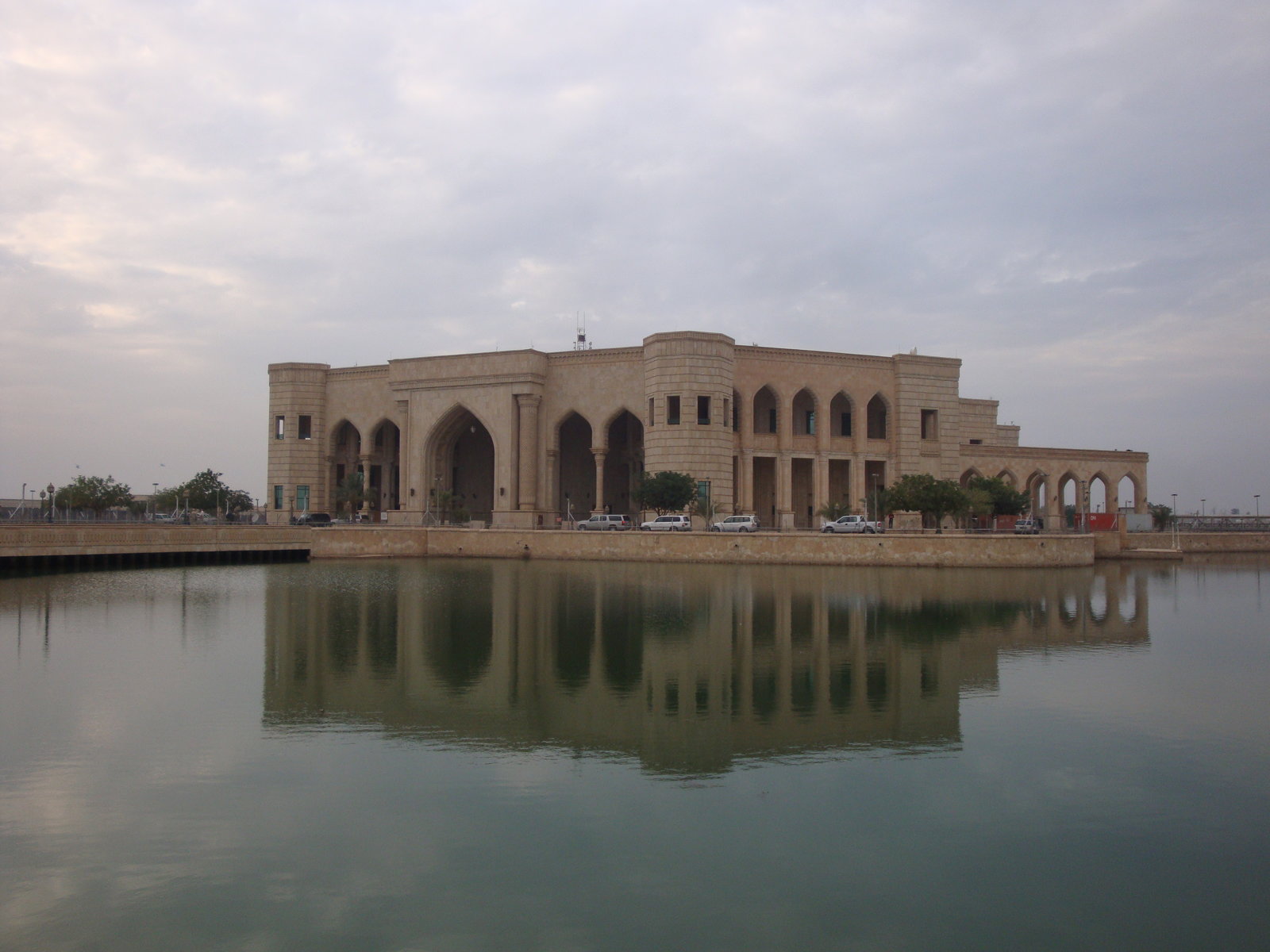 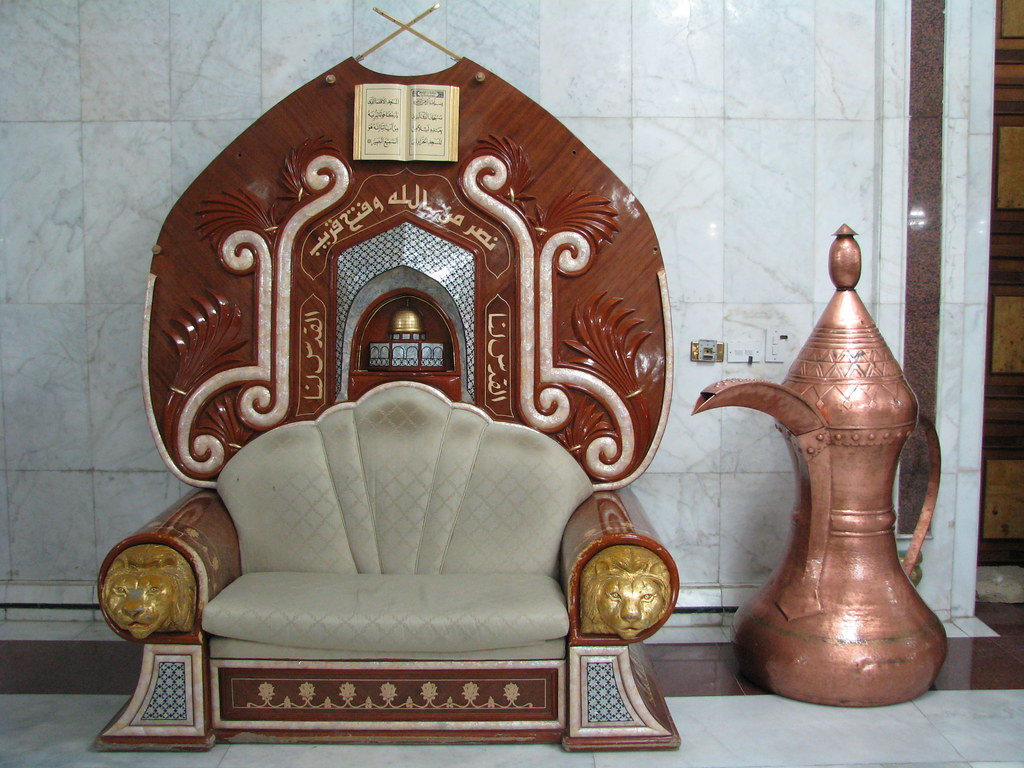 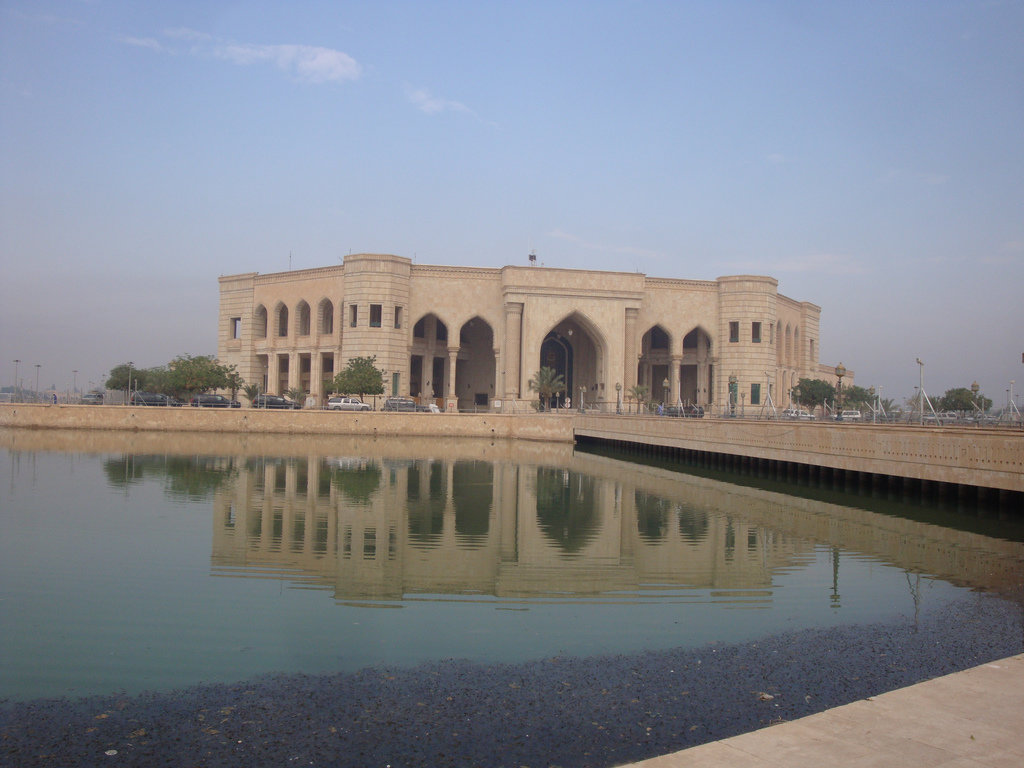 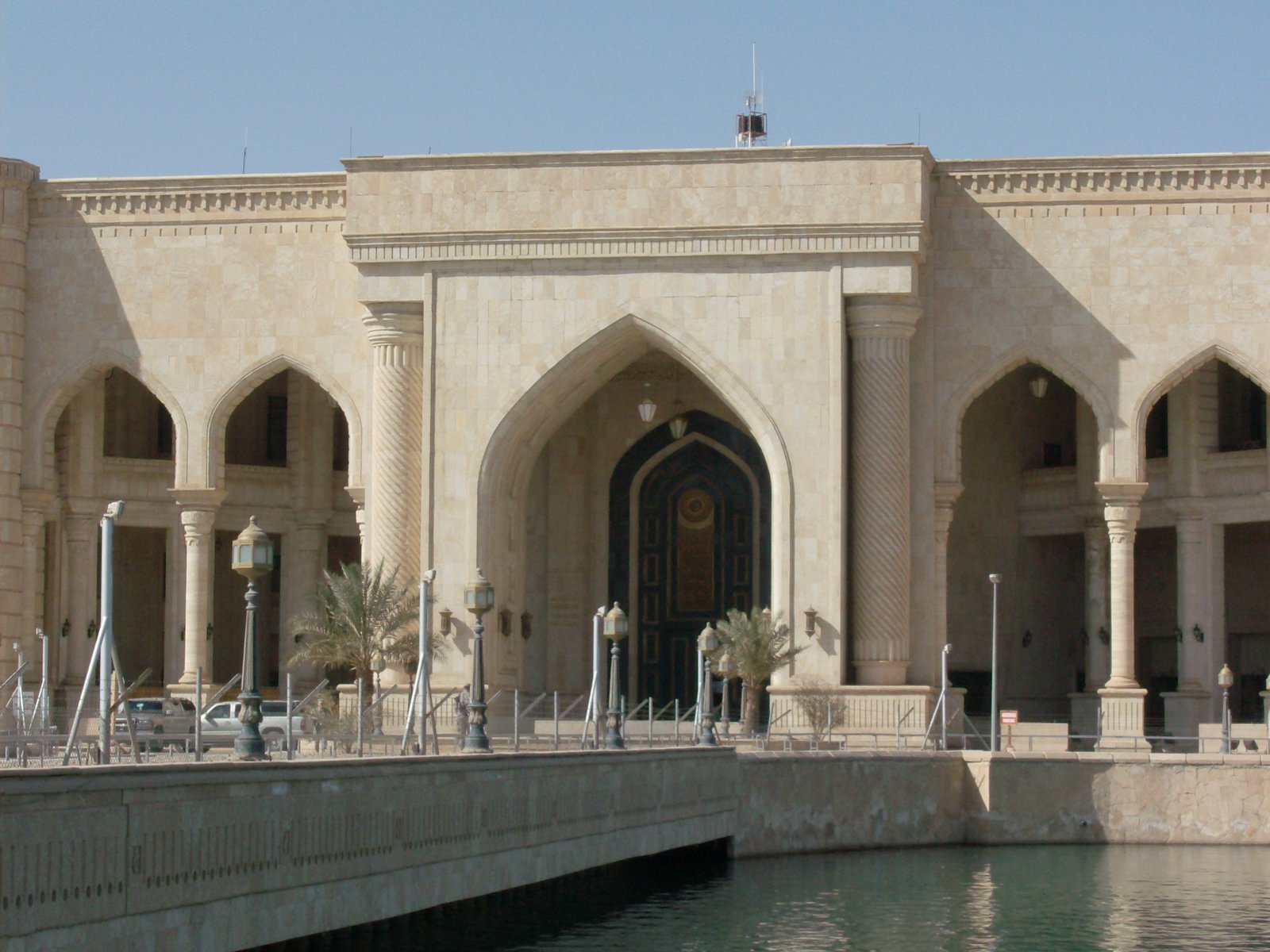 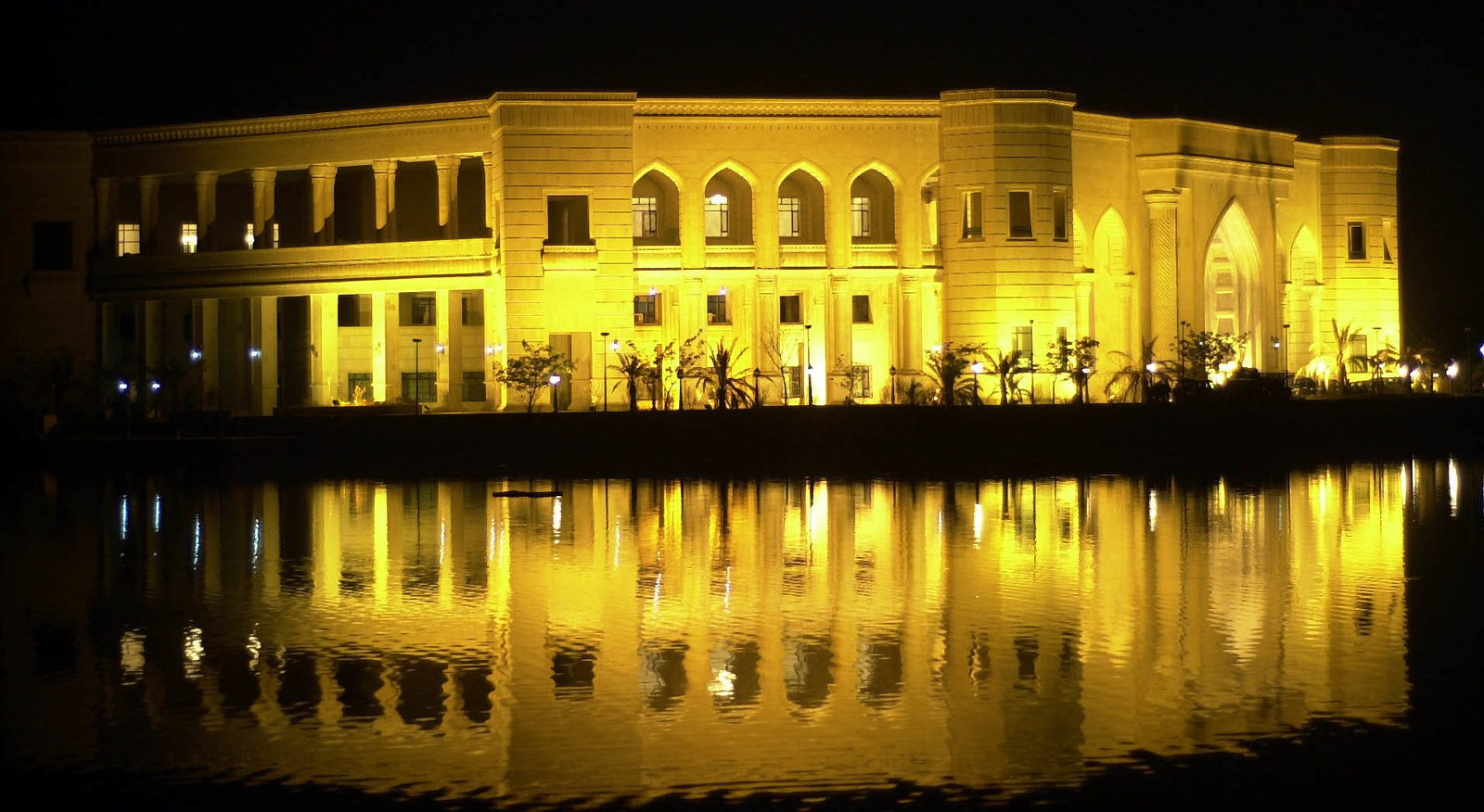 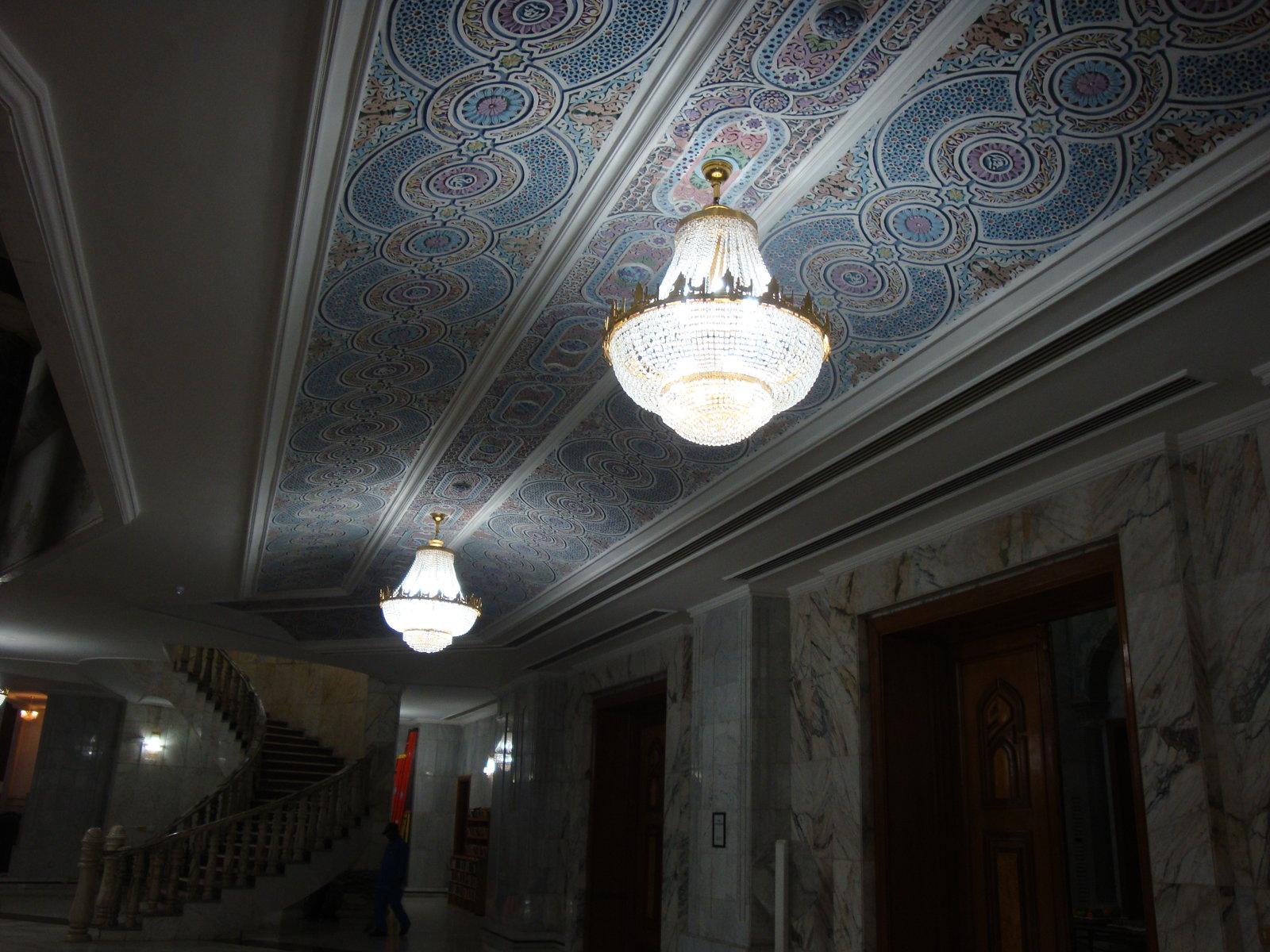 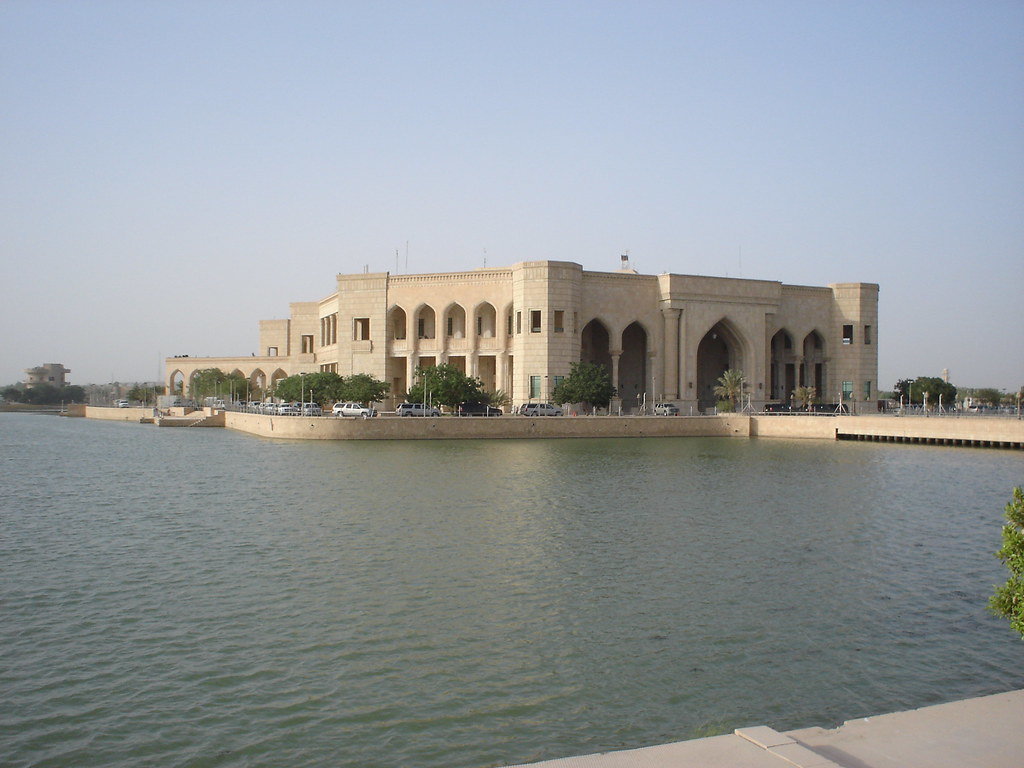 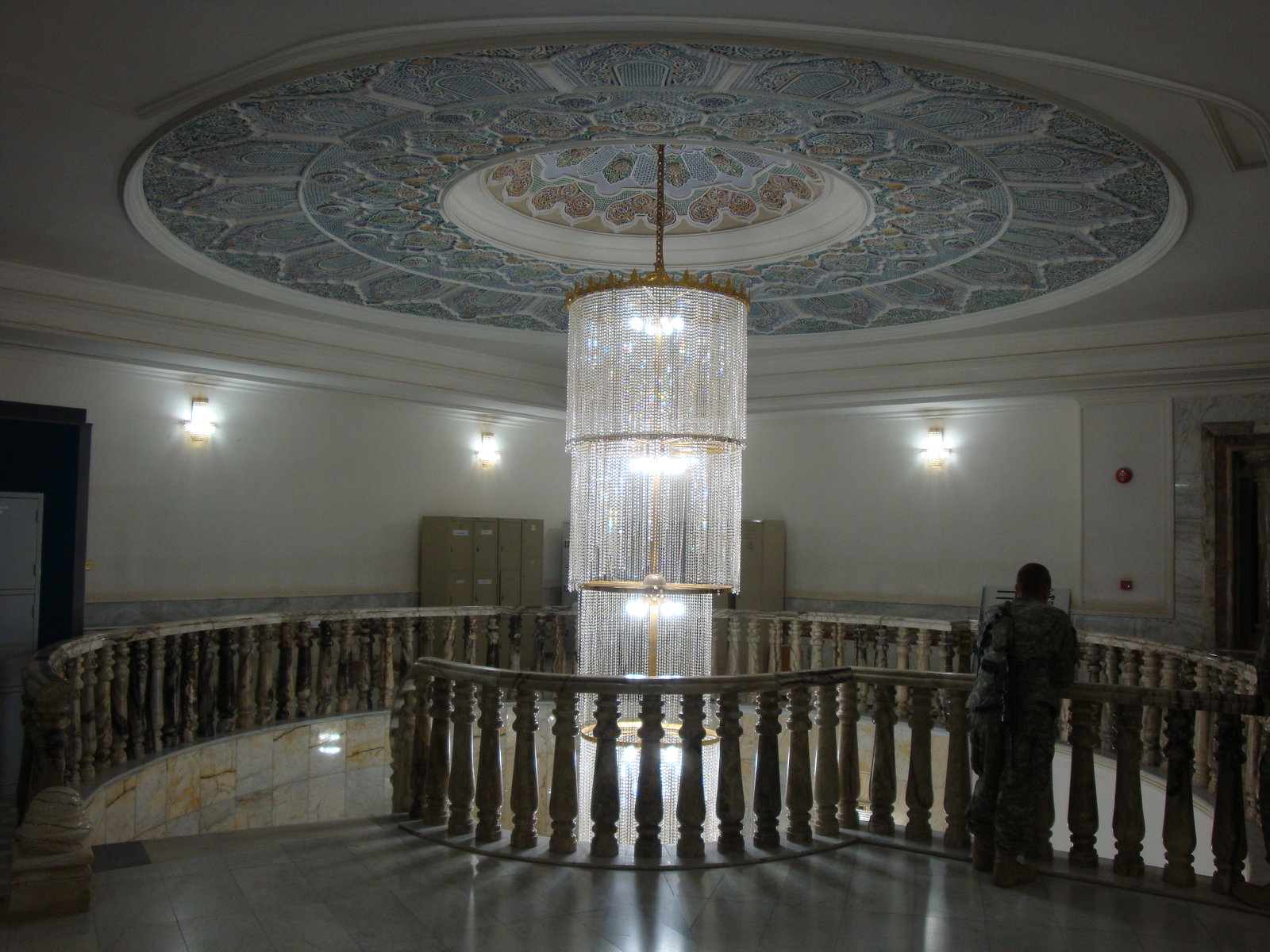 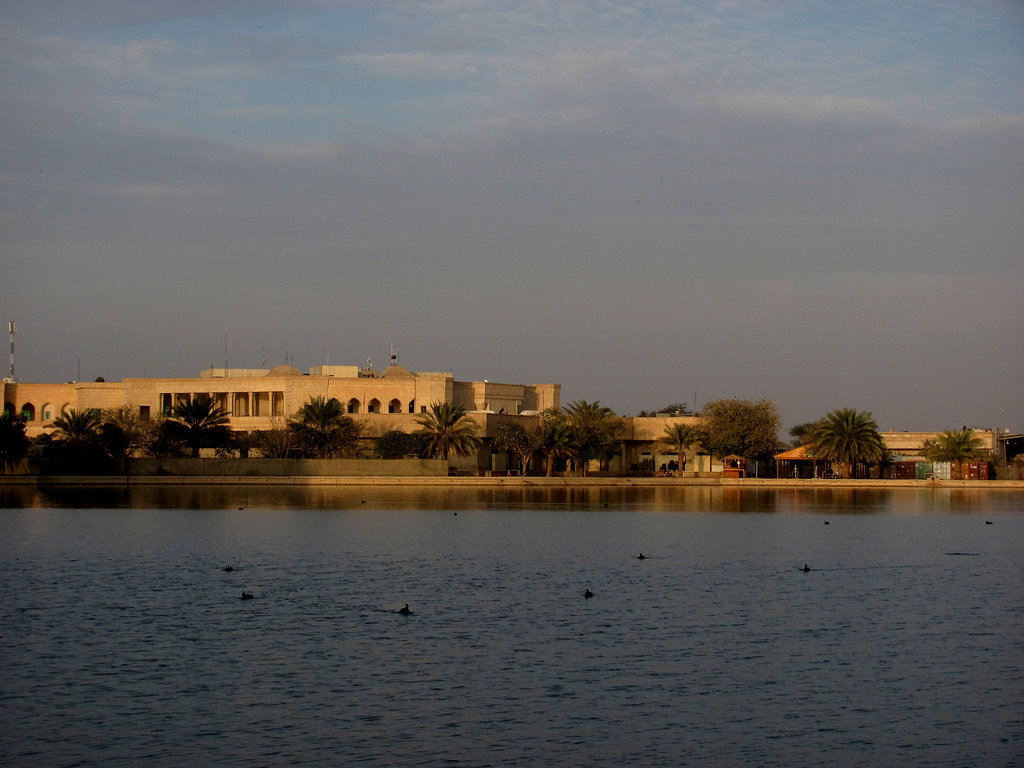 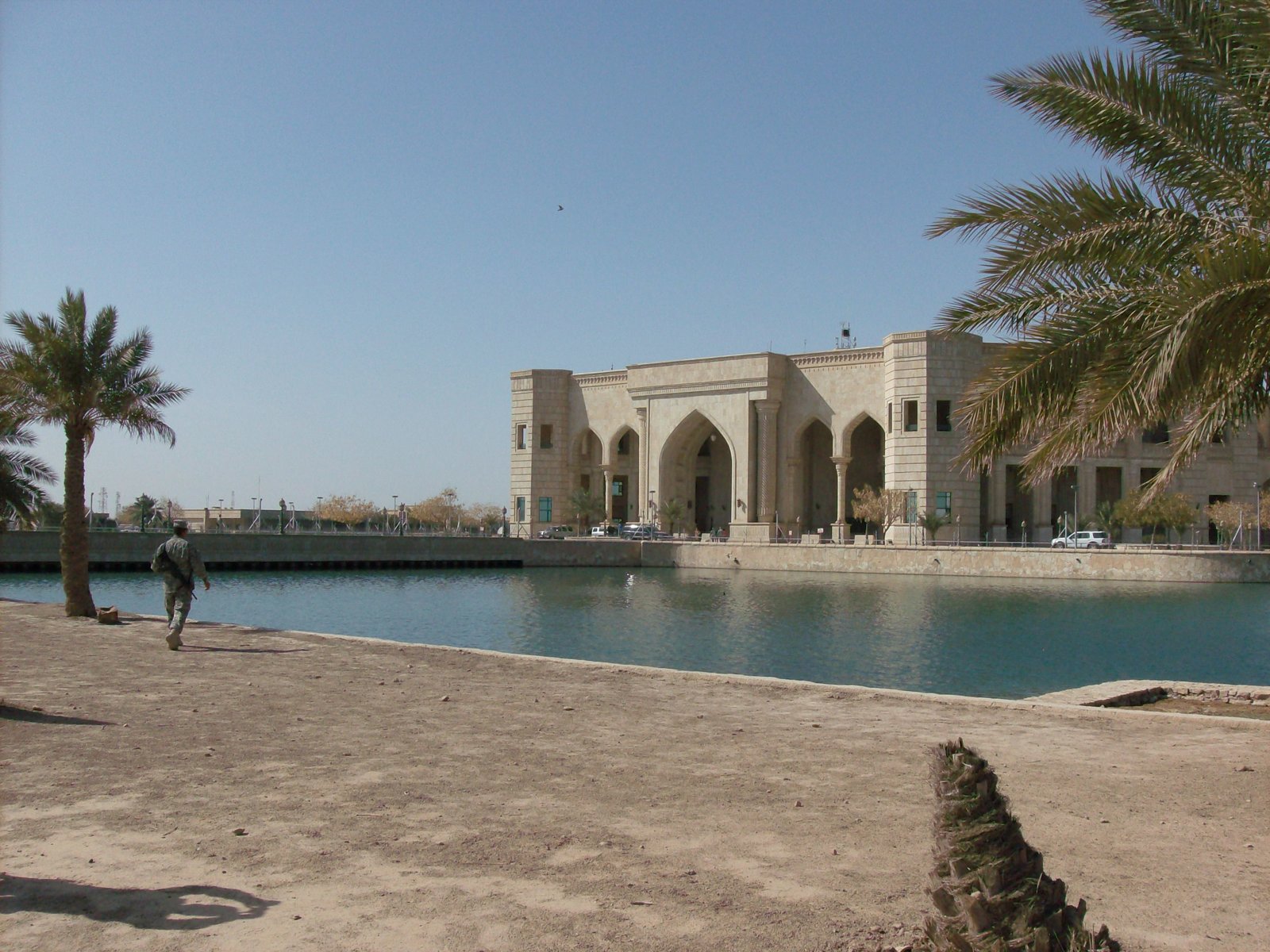 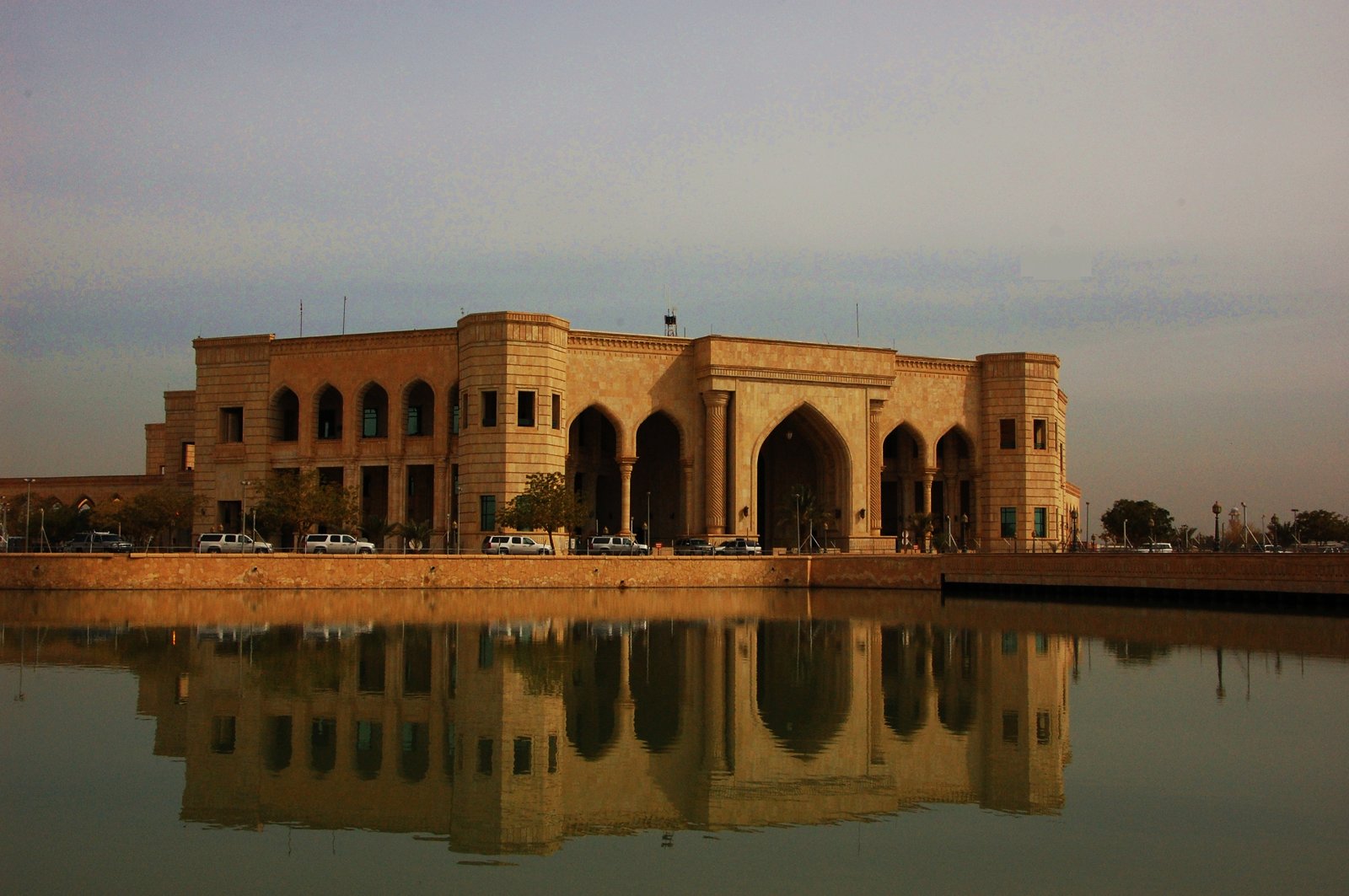 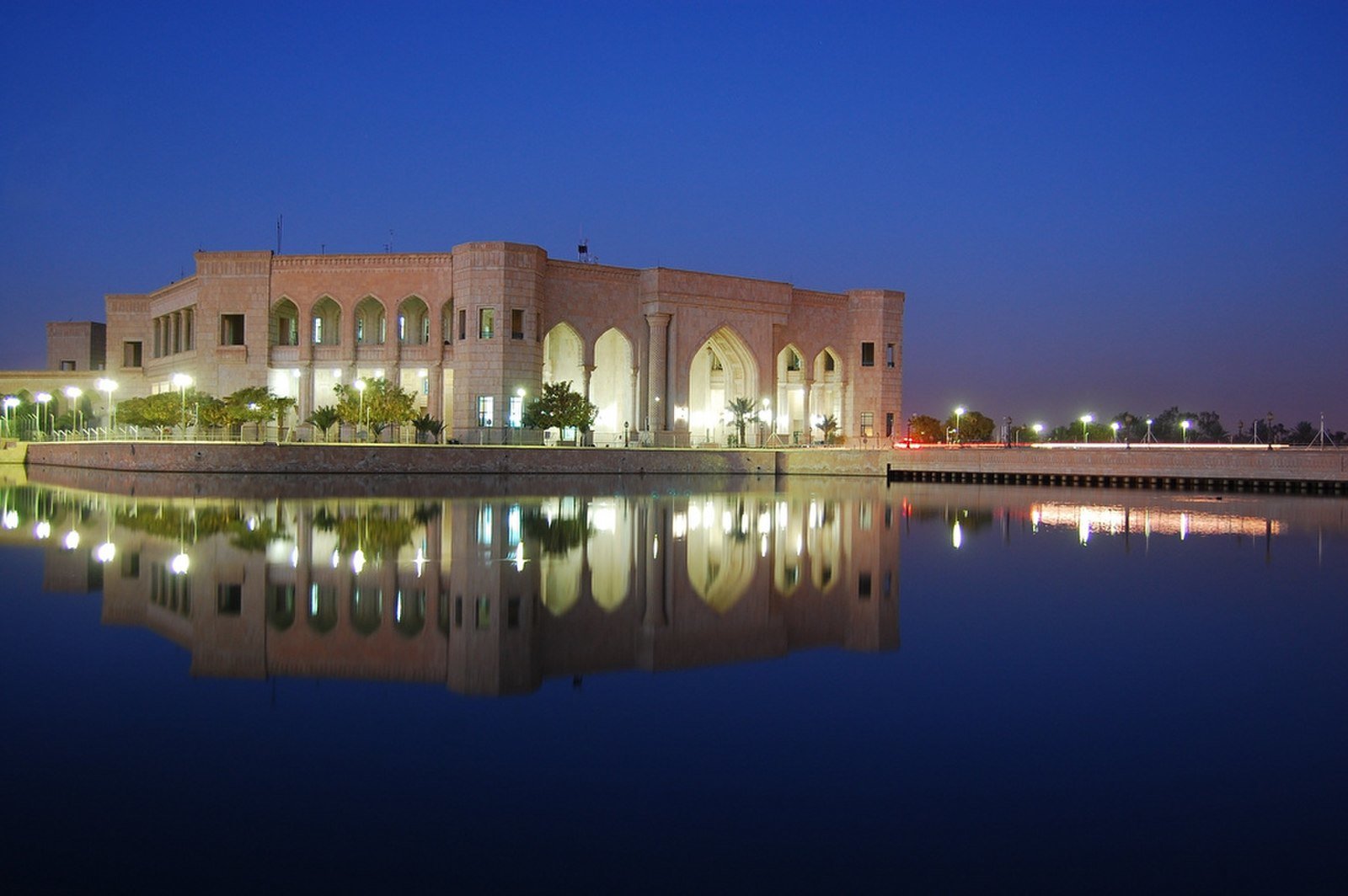 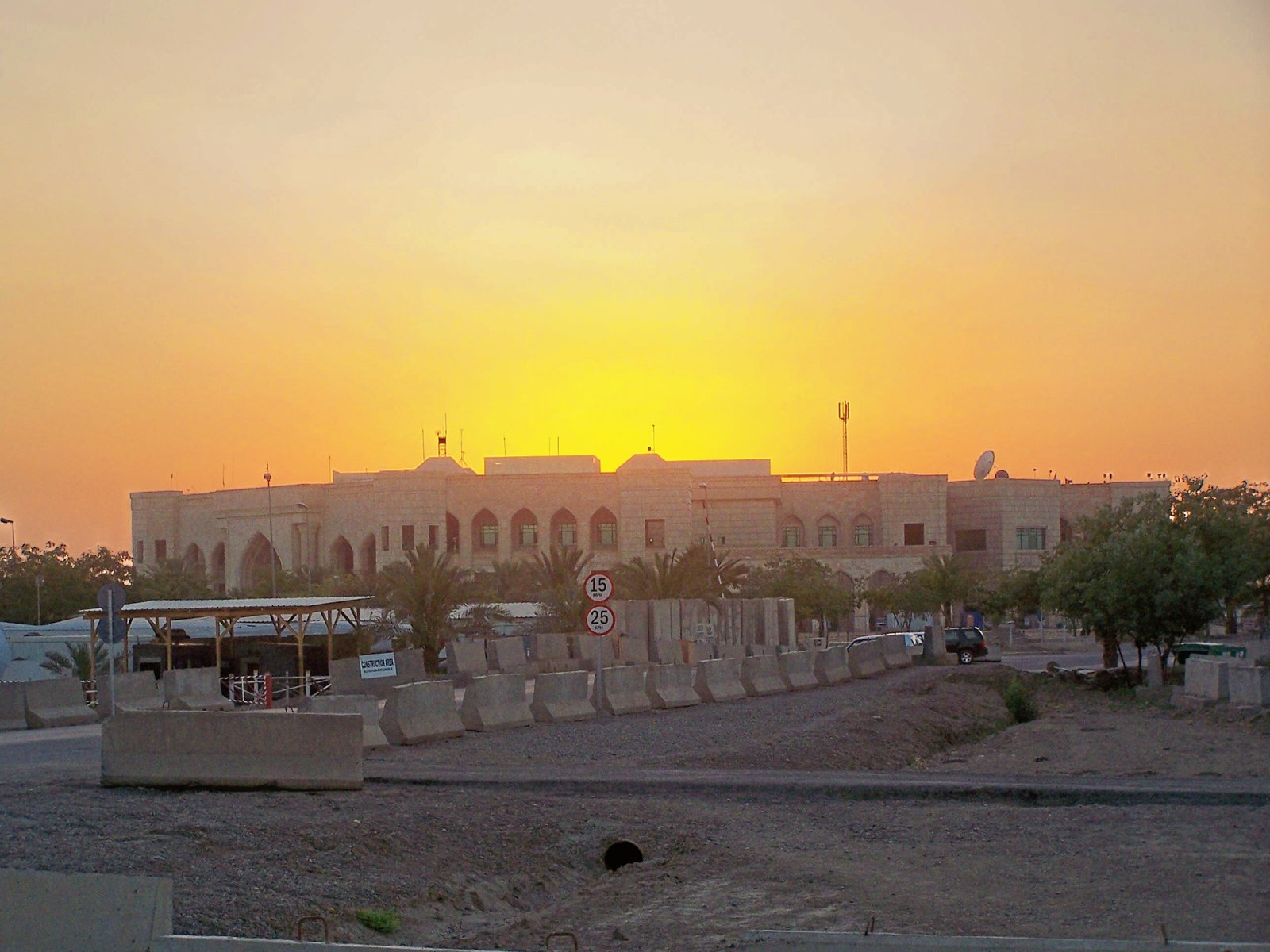