×
What are you looking for?
See all results
Amusement parks in Altoona 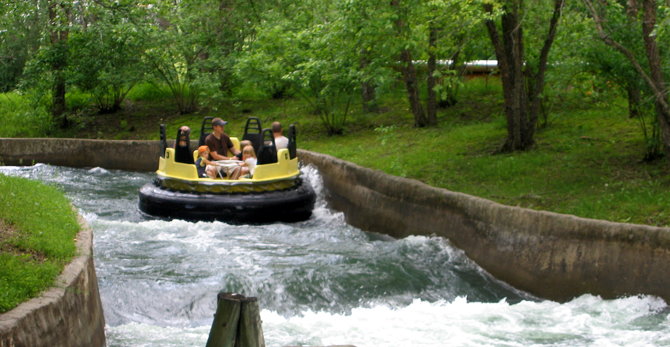 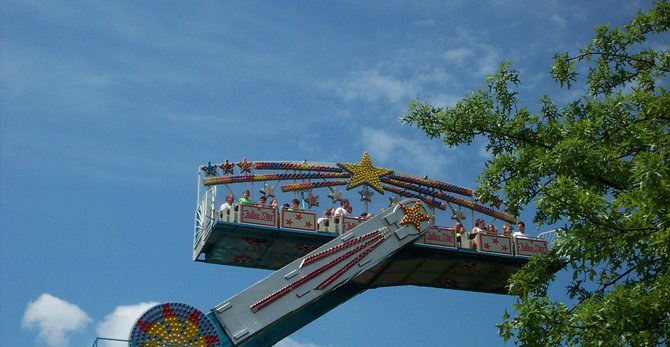 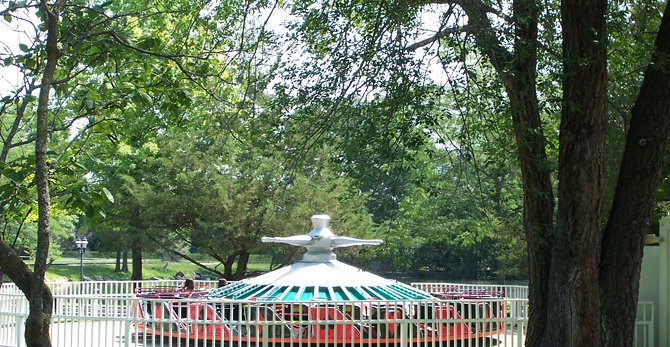 View all photos
I've been here
I Want to visit
Get directions
268,085 people have been here
8.4/10
Translate
English Français Русский Google Translate

Adventureland is a family-owned amusement park in Altoona, Iowa (just northeast of Des Moines). It features over 100 rides, shows and attractions.

Construction of Adventureland Park began in the spring of 1973. According to park operators, the Disney company assisted with some early park planning. Years later, Adventureland gave advice to the operator of the Wild West World park in Wichita, KS, and even allowed them to use photos taken at Adventureland in early promotional materials while that park was under construction. These photos could still be seen on the park flyers and website just before opening. The newly created park was to open in July 1973 but damage from the tail end of a tornado delayed the opening until late August. The first full season for Adventureland began in 1975. Attractions such as the "Skyride" from the World's Fair in Spokane Washington along with several others were added to ride roster that year.

Two years later the "County Fair" area, with its games of skill, was added. Also in 1979, Adventureland purchased the aging Riverview Amusement Park in Des Moines, and moved some of the attractions to their own themed area just south of the park. In 1990, the "Riverview" theme area was transformed into the "Dragon Island," home of Adventureland's double-looping upside-down steel coaster, which opened on May 12, 1990.

1993 brought the largest park expansion since Adventureland was built. "Outlaw Gulch", a western themed area, was built on 12 acres at a cost of approximately 5 million dollars. "Outlaw Gulch" consisted of three spectacular rides: The Wrangler, The Chuckwagon, and The Outlaw roller coaster. Reaching new heights in 1999 Adventureland announced the addition of the Space Shot. The Space Shot is a 235-foot structure that towers over Adventureland launching riders up at 4.5 G's and ending with a free fall of negative 1 G.

2002 marked Adventureland's most ambitious expansion yet. An 8 million dollar project nearly doubled the size of the hotel, added a second courtyard, new pools with interactive water features and new poolside rooms and suites. It also added a new "first of its kind" water ride in the park, a spinning white water adventure, called Saw Mill Splash. The ride is themed around an old saw mill, and fits into the western motif of Adventureland's Outlaw Gulch area.

In 2006, Adventureland added two more rides. The “Splash Over” is a new dimension in rides combining the high flying thrills of a traditional park ride with the fun and excitement of a water ride. The “Frog Hopper” quickly “hops” young riders up 20 feet in the air, then bounces them gently back down.

In 2008 Adventureland has embarked on its most extensive addition yet – a new water area named Adventure Island. The first water attraction in this area is Kokomo Kove.

On February 20th, 2010 (about 4:00pm), a fire broke out in the toy store of main street after its roof collapsed due to the weight of ice and snow. The collapse caused an electrical fire. The fire went out of control and engulfed the corner portion of main street and destroyed the "hotel" section that encompassed the bingo parlor, restaurant, toy store and arcade. The fire was brought under control about an hour later and was completely extinguished an hour thereafter. None of the adjacent structures or rides were harmed and no one was injured. Initial discussions with park officials state that the park intends to open on schedule for the 2010 season despite the fact that no initial plans have (yet) been made to replace the destroyed structures. The reason the buildings were destroyed so quickly was due to the fact that the age of the buildings didn't require them to have sprinklers installed. The park opened as planned on April 24th, 2010, with the half side of Main Street completely cleared to dirt surrounded by a chain link fence. Banners on the fence stated that "Plans are well underway to build main street back better than ever."

Adventureland is located near Altoona, just East of Des Moines.

The park contains many design nods inspired by Disneyland: The entrance has a train station with two tunnels (on the left- and right-hand side) leading in to the Main Street area, just like at Disneyland or Walt Disney World's Magic Kingdom (and also similar to many other parks built since Disneyland opened in 1955); over in Outlaw Gulch, there are several tombstones that have virtually the same wording as tombstones outside of Walt Disney World's Haunted Mansion attraction; the rocking pirate ship (Galleon) has even played a soundtrack that included splashing water and an excerpt from the "Pirates of the Caribbean" theme song, "Yo Ho." "Adventureland" is a theme area of its own at Disneyland. The different themed areas in Adventureland are:

The "dress up" old time photo shop on Main Street has been in the park since the 1970s. Several merchants on Main Street, such as the sign maker and airbrush shop, are not Adventureland employees. They lease the location and operate their business during the season. (This is similar to many of the crafter shops at Knott's Berry Farm in California.)

Also on Main Street, there is a theater (currently used for corporate events) with a ticket taker window. Inside that window is an animatronic figure that is reprogrammed each year to repeat spiels about new attractions in the park.

The Shooting Gallery in Outlaw Gulch is a replacement of a former shooting gallery located near Sheriff Sam's Saloon. The gallery operates on light-sensitive photo sensors, which means a camera flash will set off every element. Gallery workers also note that, during rainy days, lightning will also have the same effect.

"Kokomo Kove" is an all-new water play structure for 2008 located in a new area known as Adventure Island. It opened on June 22, 2008 and is included in the standard admission price. The "Kokomo Kove" structure is approximately 65 feet (20 m) tall at its highest point and covers approximately 30,000 square feet (2,800 m2). The feature includes 7 waterslides of varying lengths and heights; 123 different water jet features, including water guns, tipping cones, hose jets, and umbrella jets; and 91 different play features, including net bridges and climbs, crawl tunnels, and pull ropes.

On July 4, Adventureland presents fireworks at 9:45 p.m. before a 10 p.m. park closing. In many years,the nearby Prairie Meadows Racetrack and Casino follows with their own fireworks show at 10 p.m., allowing park visitors a chance to view two shows back to back.

Adventureland also hosts various art and craft shows during the off-season when the park is closed. Visitors enter through an open gate at the front entrance and are allowed only in the Main Street Palace Theater. A back walkway connects it to the Iowa Cafe on Main Street for food and snacks.

There are five park areas are available for company picnics, reunions, or other large gatherings.

During the first few weekends of operation, various school bands are invited to play in the park.

Each year, "substance-free" days are held in conjunction with D.A.R.E. There are no beer sales during these days.

Over Memorial Day weekend there is a military promotion.

The park's official mascot is "Bernie Benard," a dog. A cartoon drawing of Bernie appears on park guides and maps, and a walk-around character poses for photos in the park. Another character, "Toby" the tiger, also walks around the park. According to Adventureland's PR department, "Toby the tiger has been around about as long as Bernie, but is not in our ads, so he might not be as recognizable." A third dog character, Heather, is also seen in the park, as well as a fourth dog character, Henry, who has also been found in take-home stuffed animal size.

For a special promotion in 2001, Garfield the cat appeared in the park with a special photo opportunity on Main Street.

An actor who plays an old west miner type character appeared for many years in TV commercials, and his voice is heard in The Underground narration (and as the voice of the old miner animatronic in the pre-show). A cartoon caricature of him appears as the "must be this tall to ride" sign outside of The Outlaw.

In 2005, a "girl in a cage being carried by a gorilla" effect character was also seen to roam the park. The gorilla is named Gilda. Offer her a banana and she'll release the girl in the cage.

At the ticket window of the main street theater, an animatronic character named P.T. Barnaby spiels about park happenings each year.

There are many other costumed characters that have appeared in the park over the years as well.

There are two restaurants, including the Parkview Restaurant for family dining. Hotel guests have access to free rides to the park on Molly the Trolly (a cable-car themed bus).

The hotel saw a major expansion in 2002 which added additional rooms and a new pool area.

The campground at Adventureland is open year round and provides full service hookups, modern showers and restrooms, RV facilities, tent camping, and recreational areas. The campground also provides a free shuttle to the park.

Alex S
Between the circus and the magician, choose neither.
Load more comments
foursquare.com

Prairie Meadows is a Thoroughbred and Quarter Horse racetrack and

The Iowa Aviation Museum is located at the Greenfield Municipal

The Airpower Museum is a Шаблон:Convert aviation museum located on th

is a major amusement park in Kuwana, Mie Prefecture, Japan. It

Legoland California is a theme park and miniature park located in

Seabreeze Amusement Park, known locally as Seabreeze, is a historic 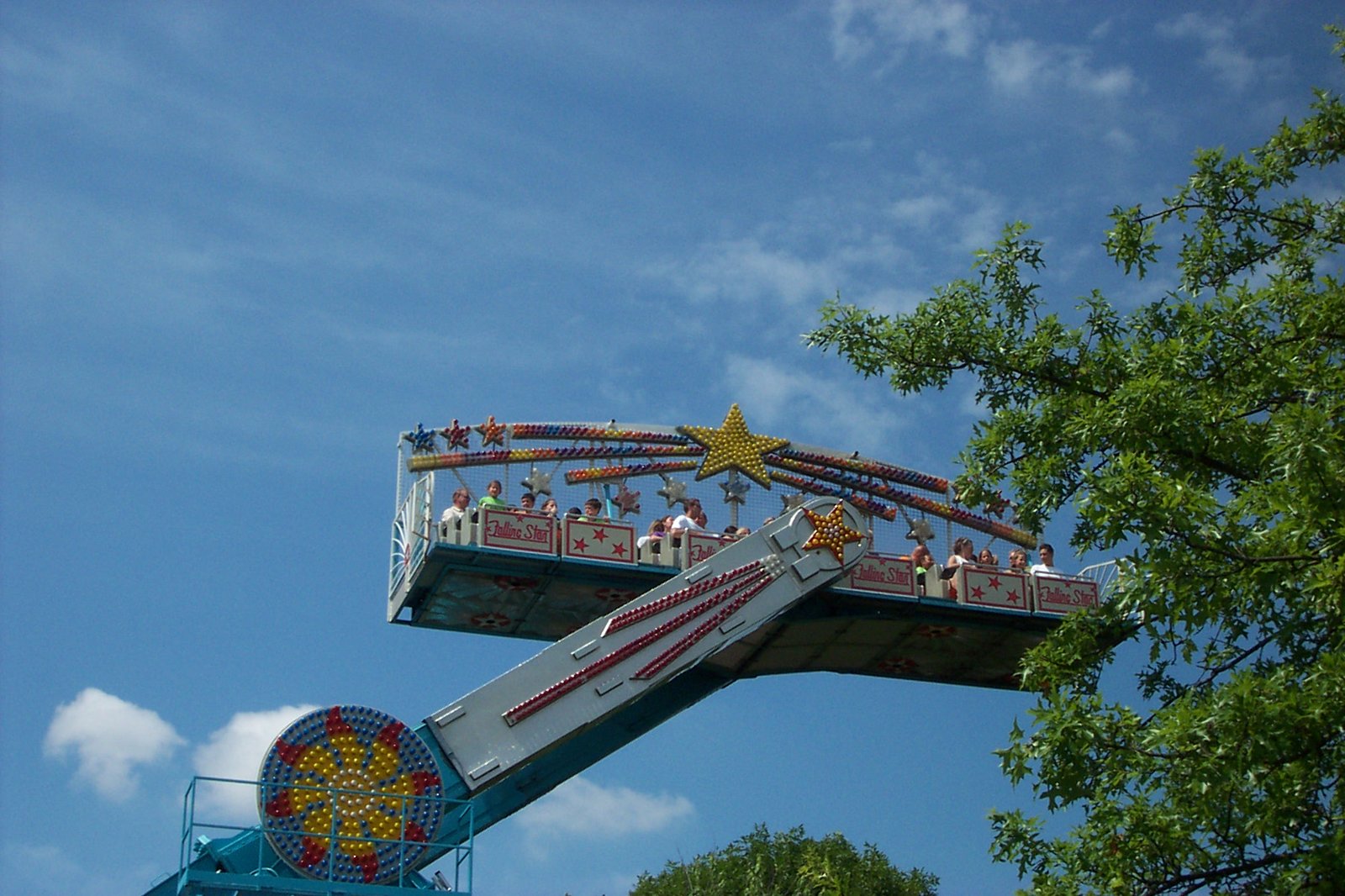 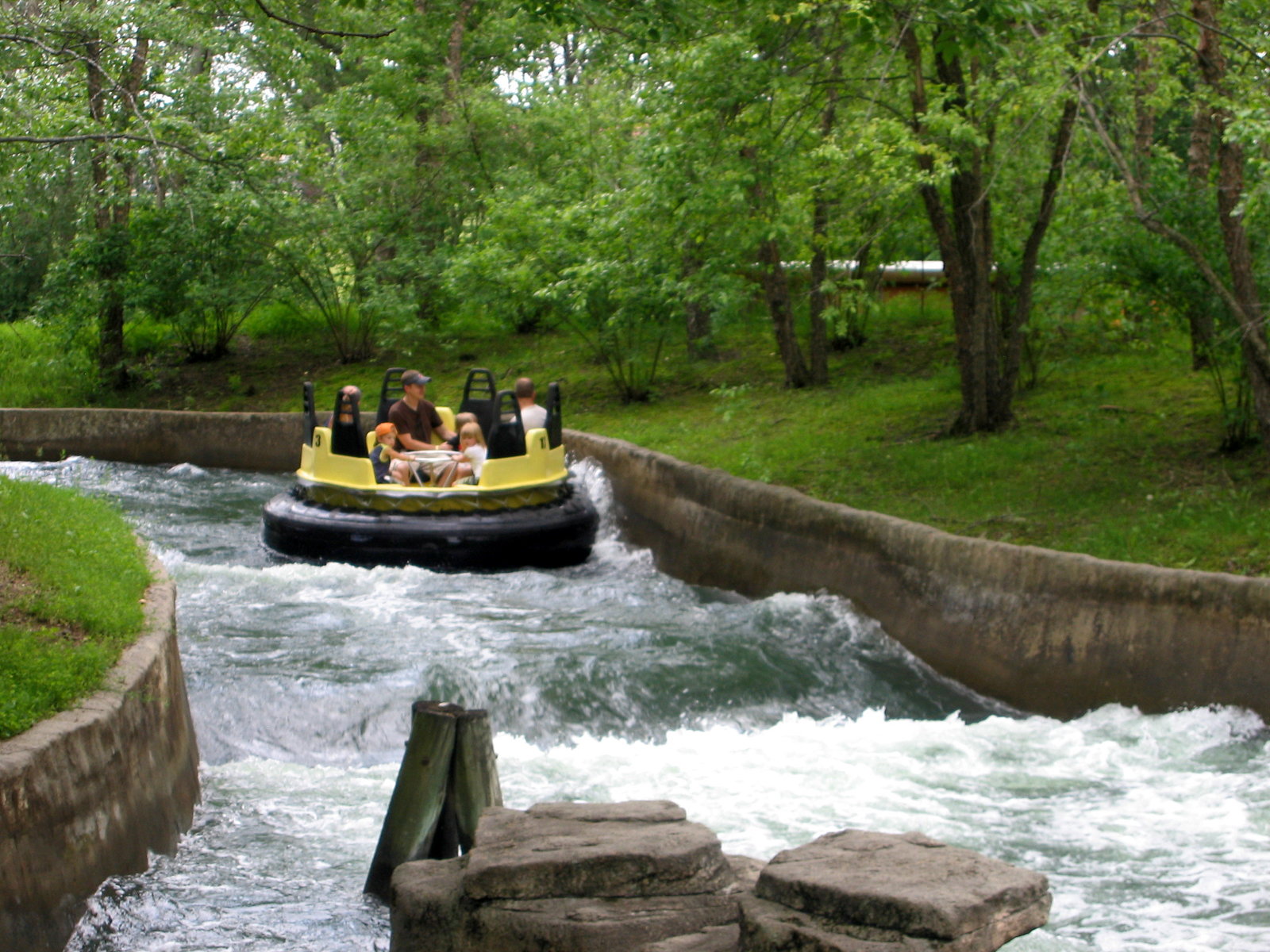 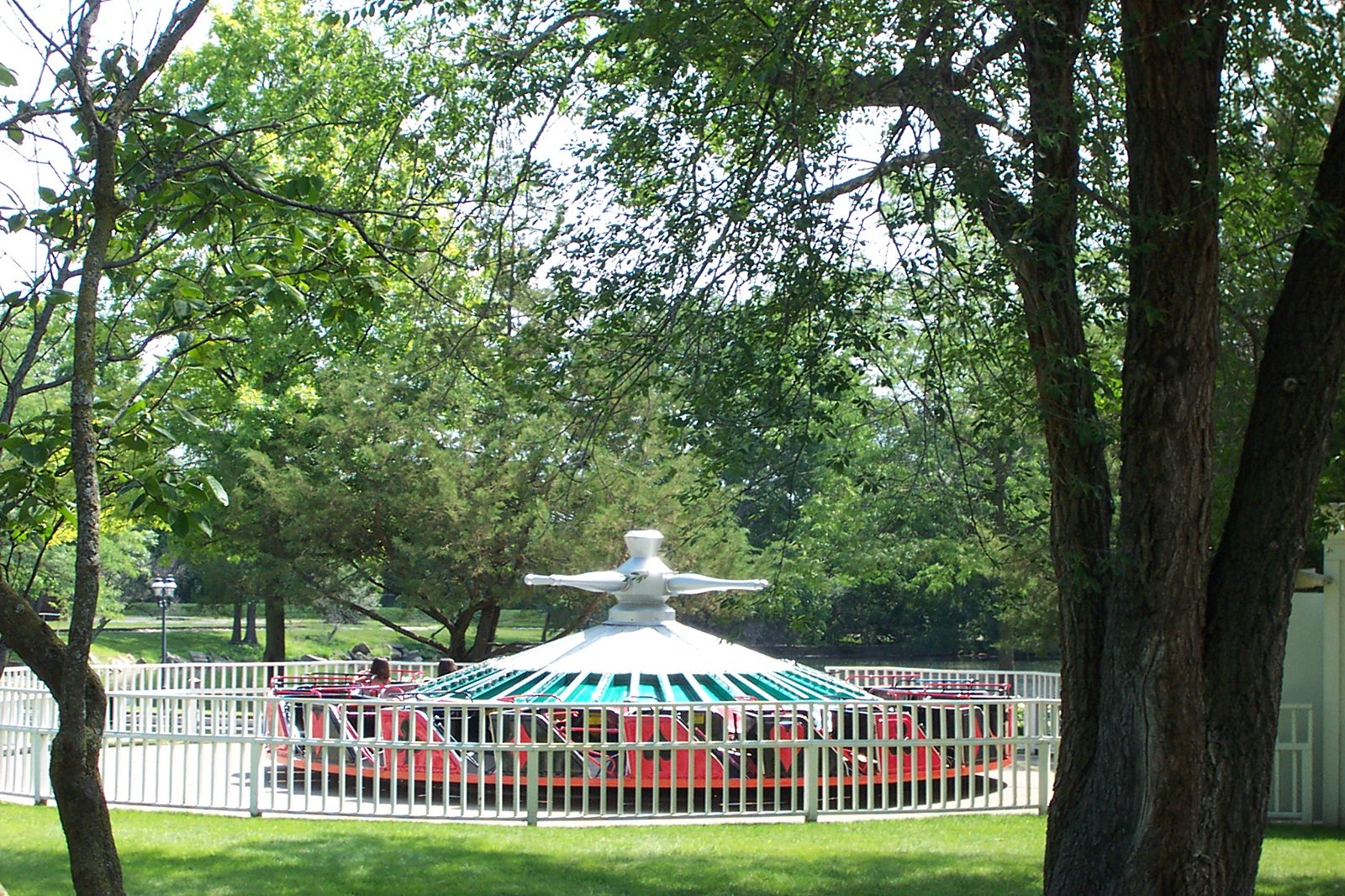 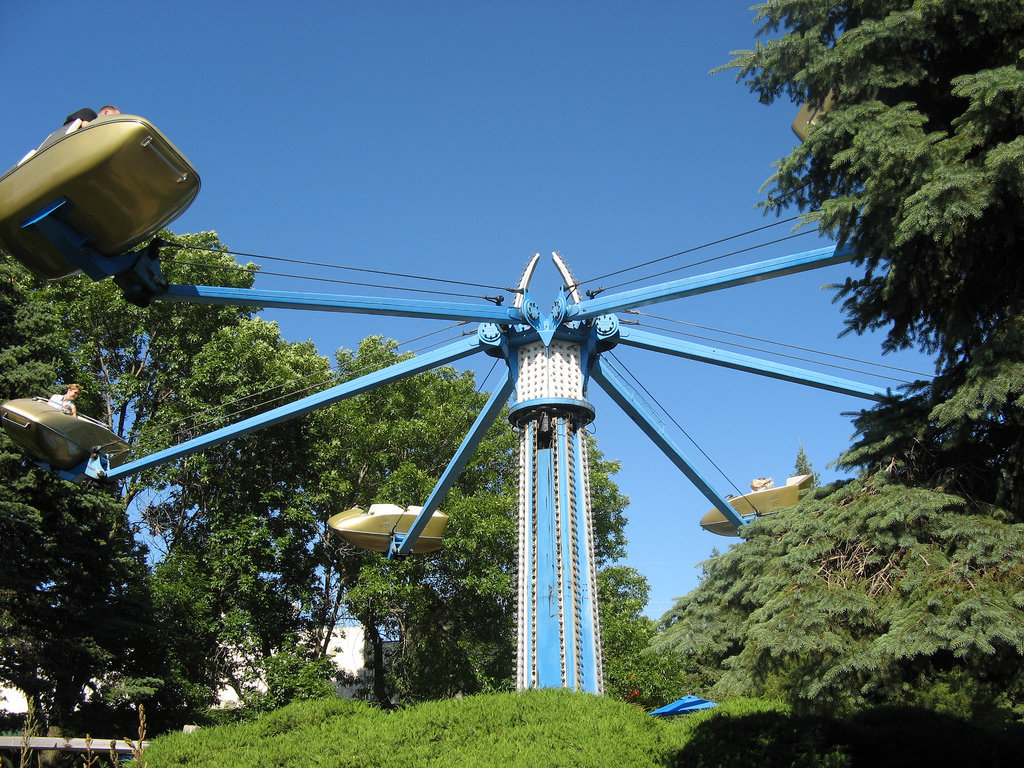 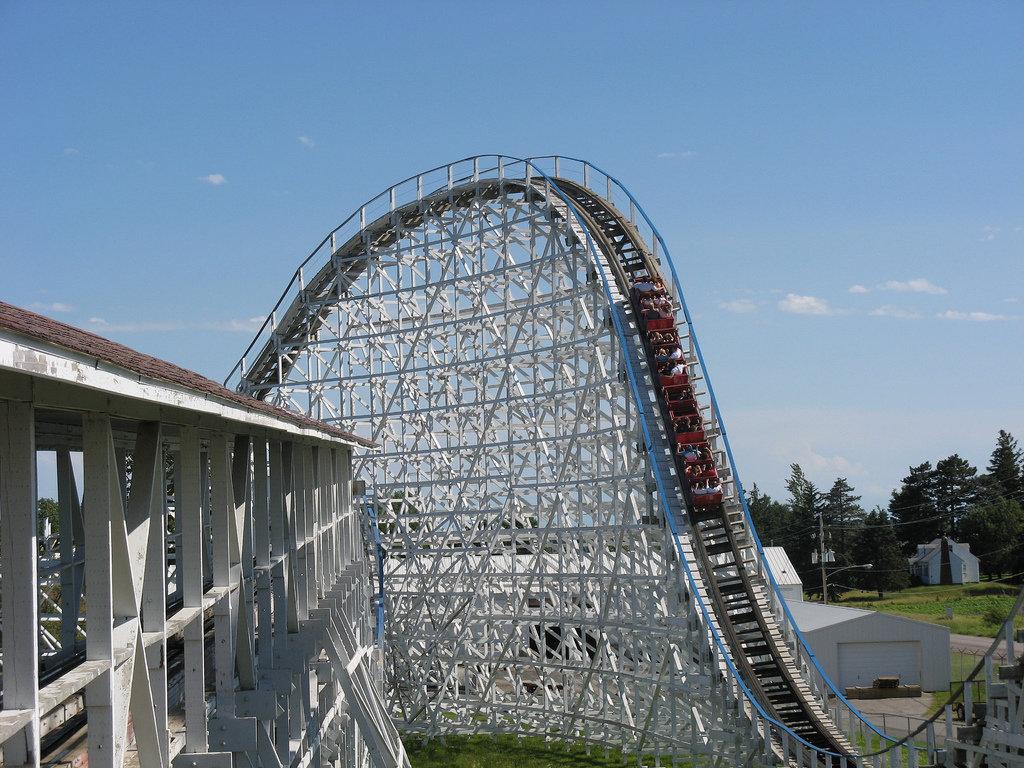 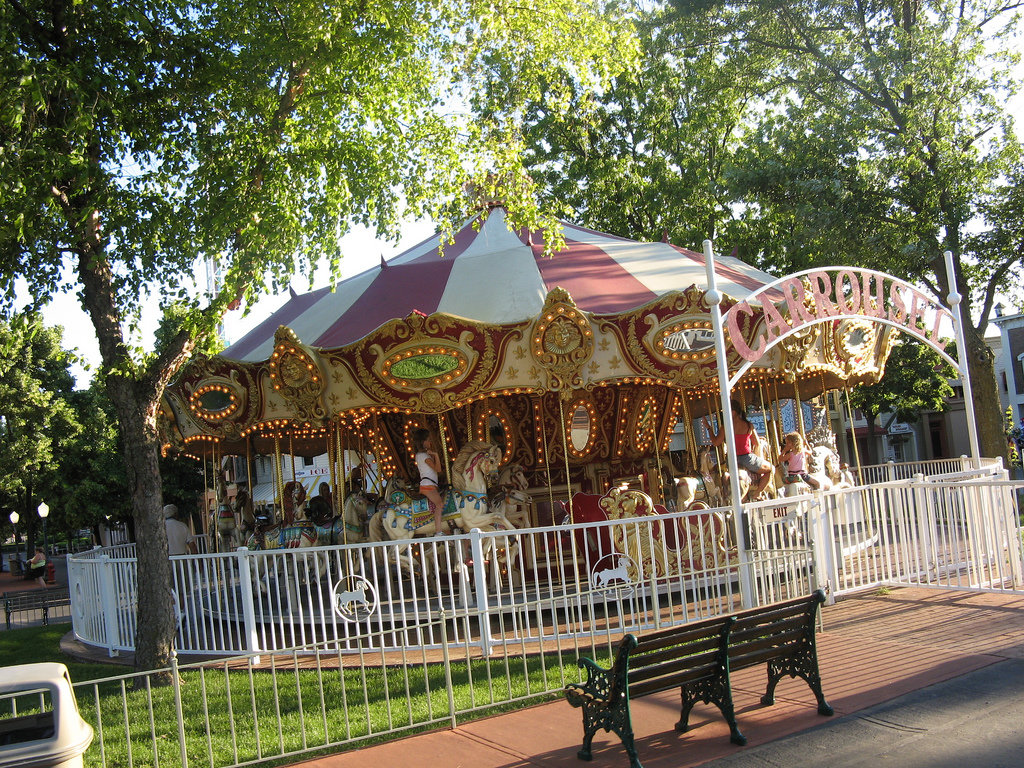 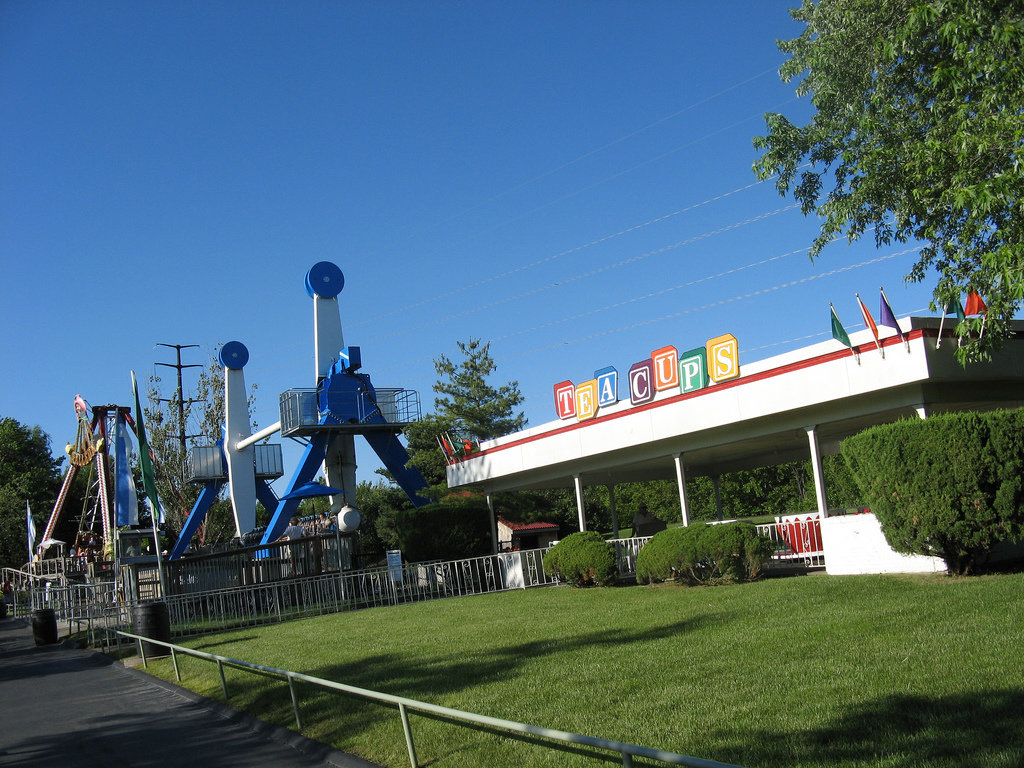 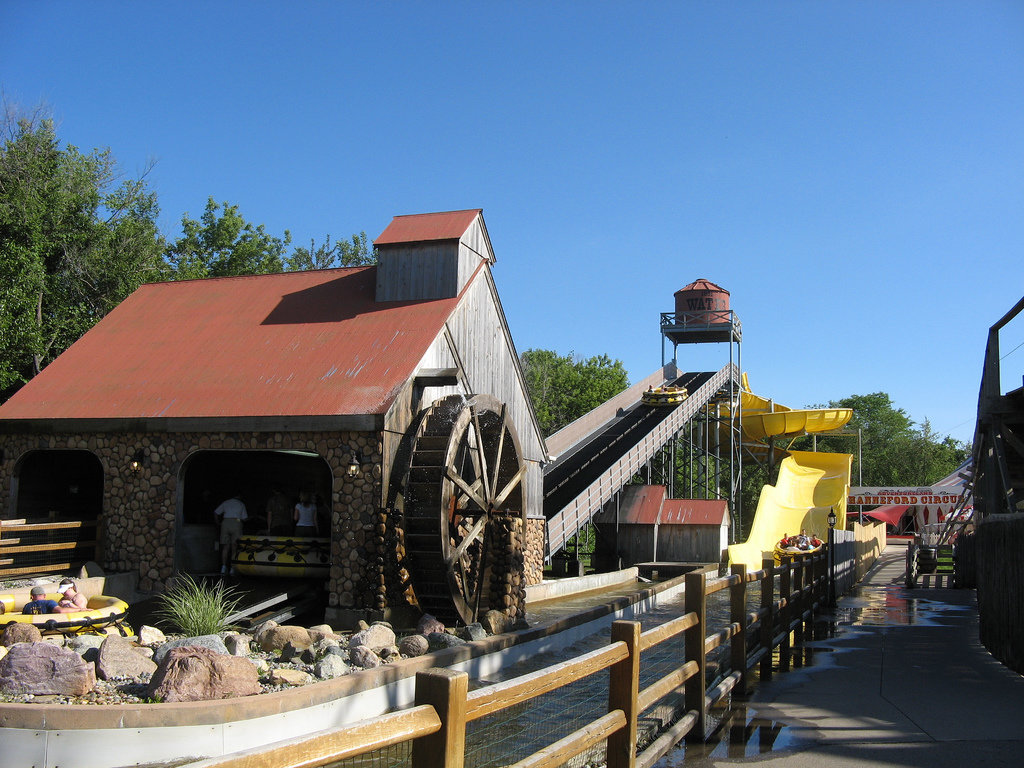 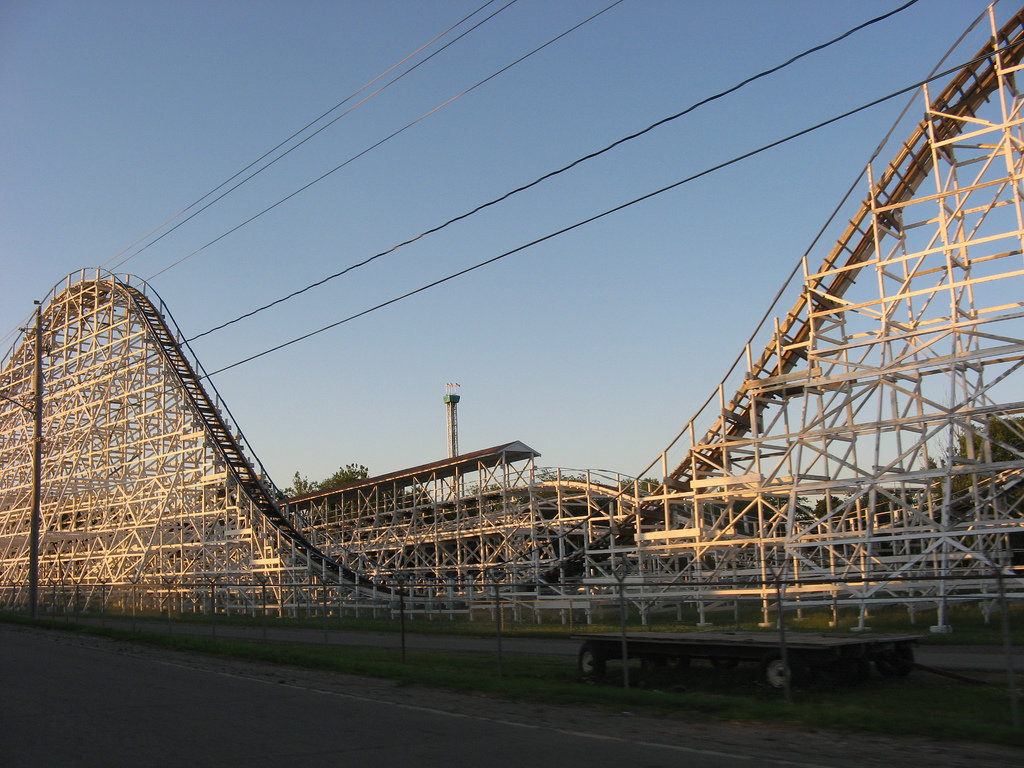 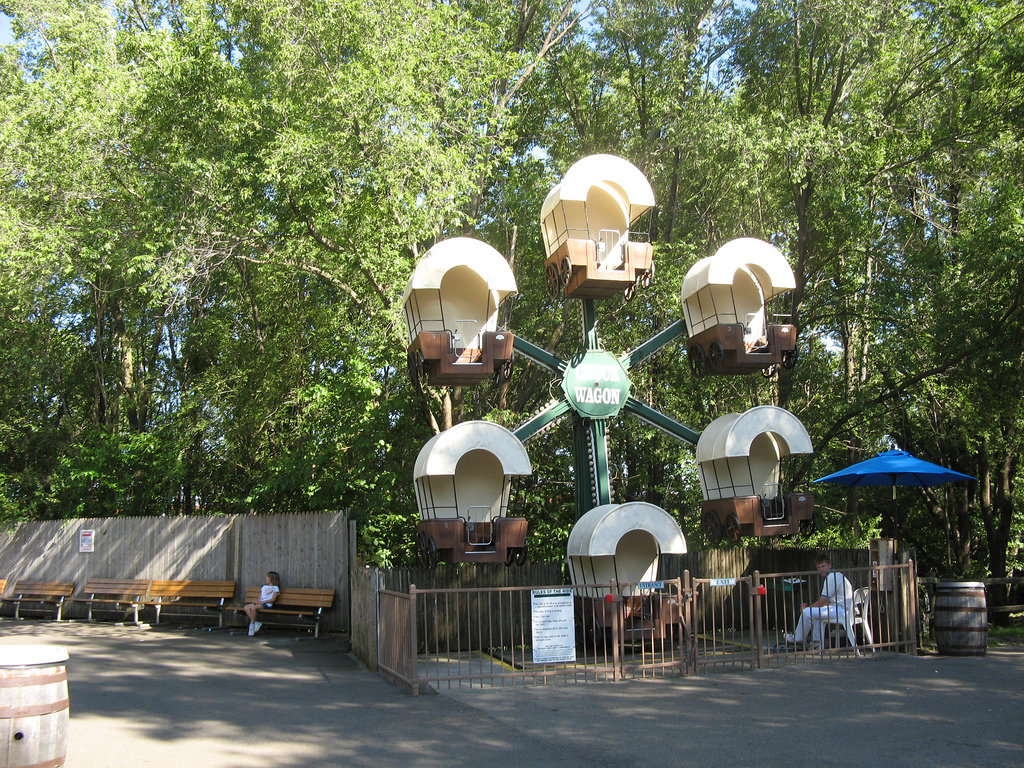 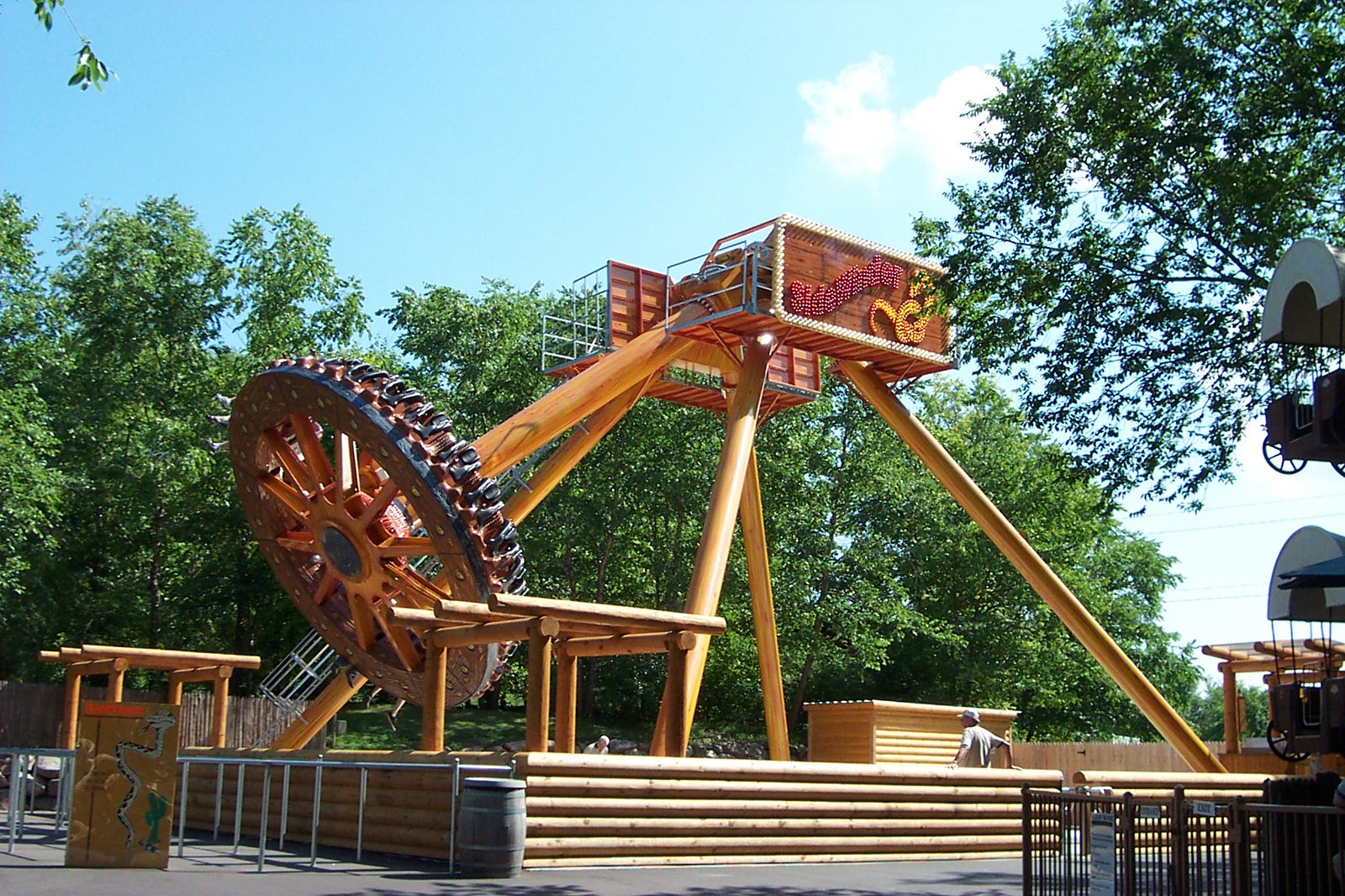 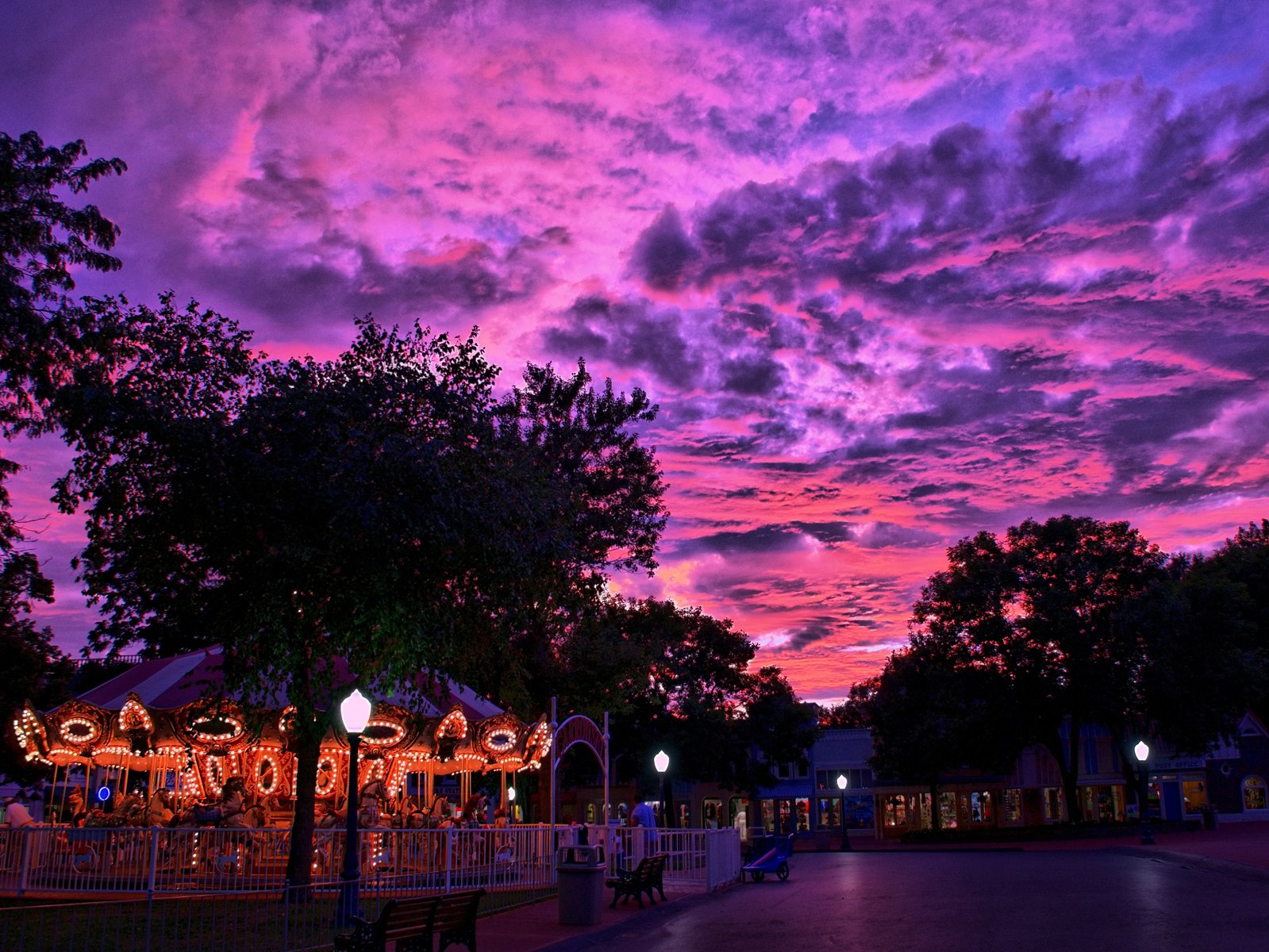 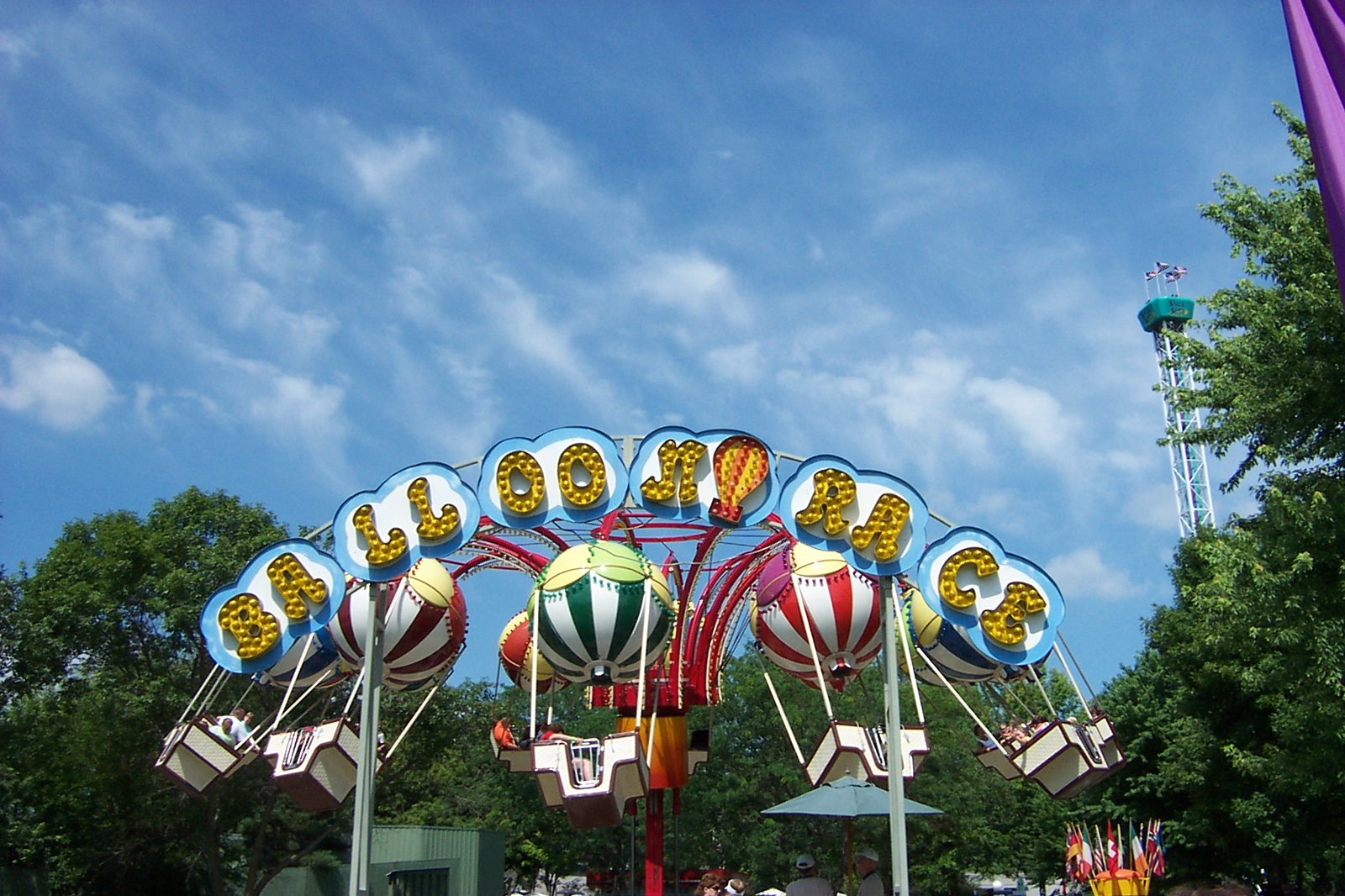 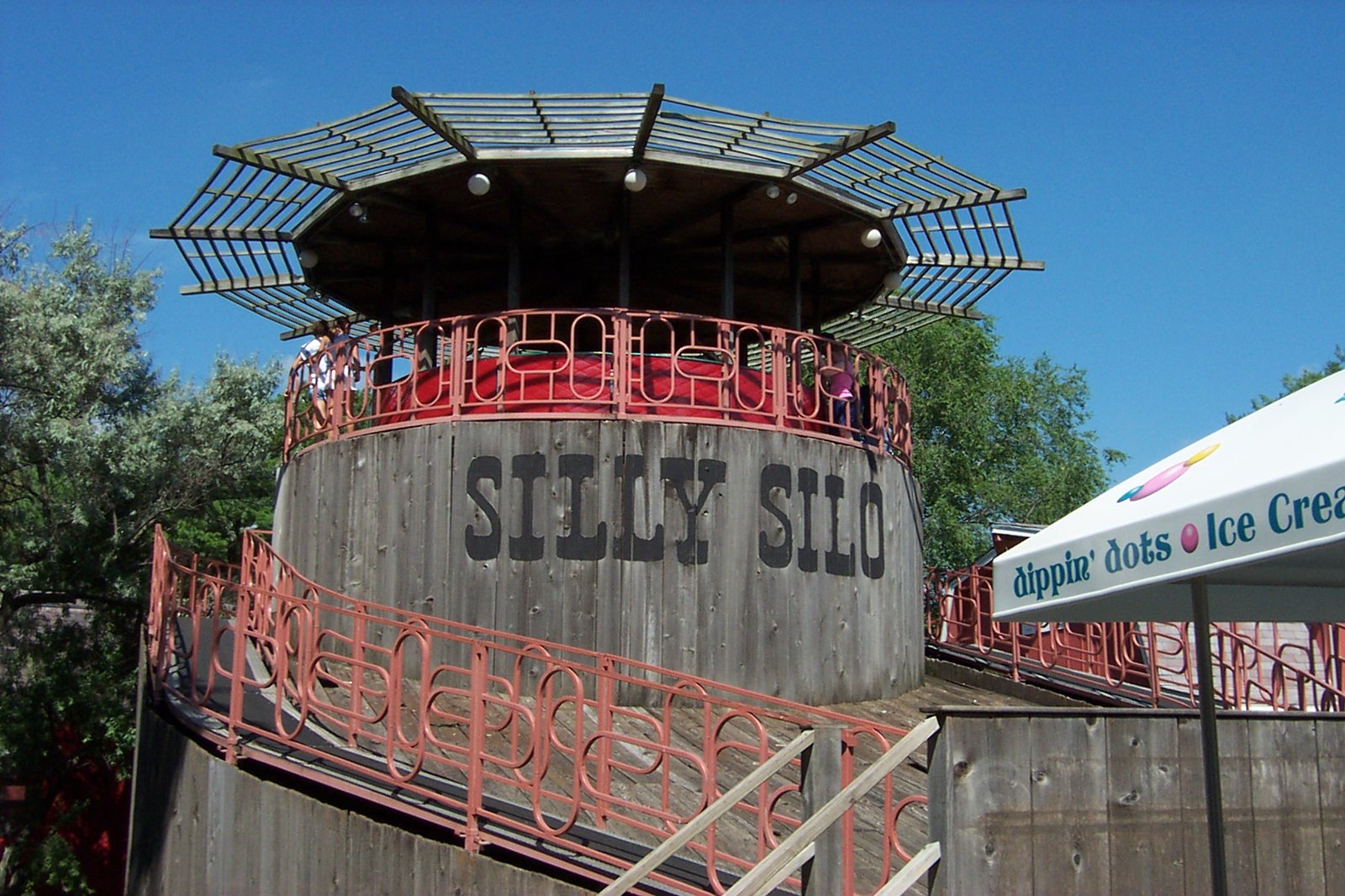 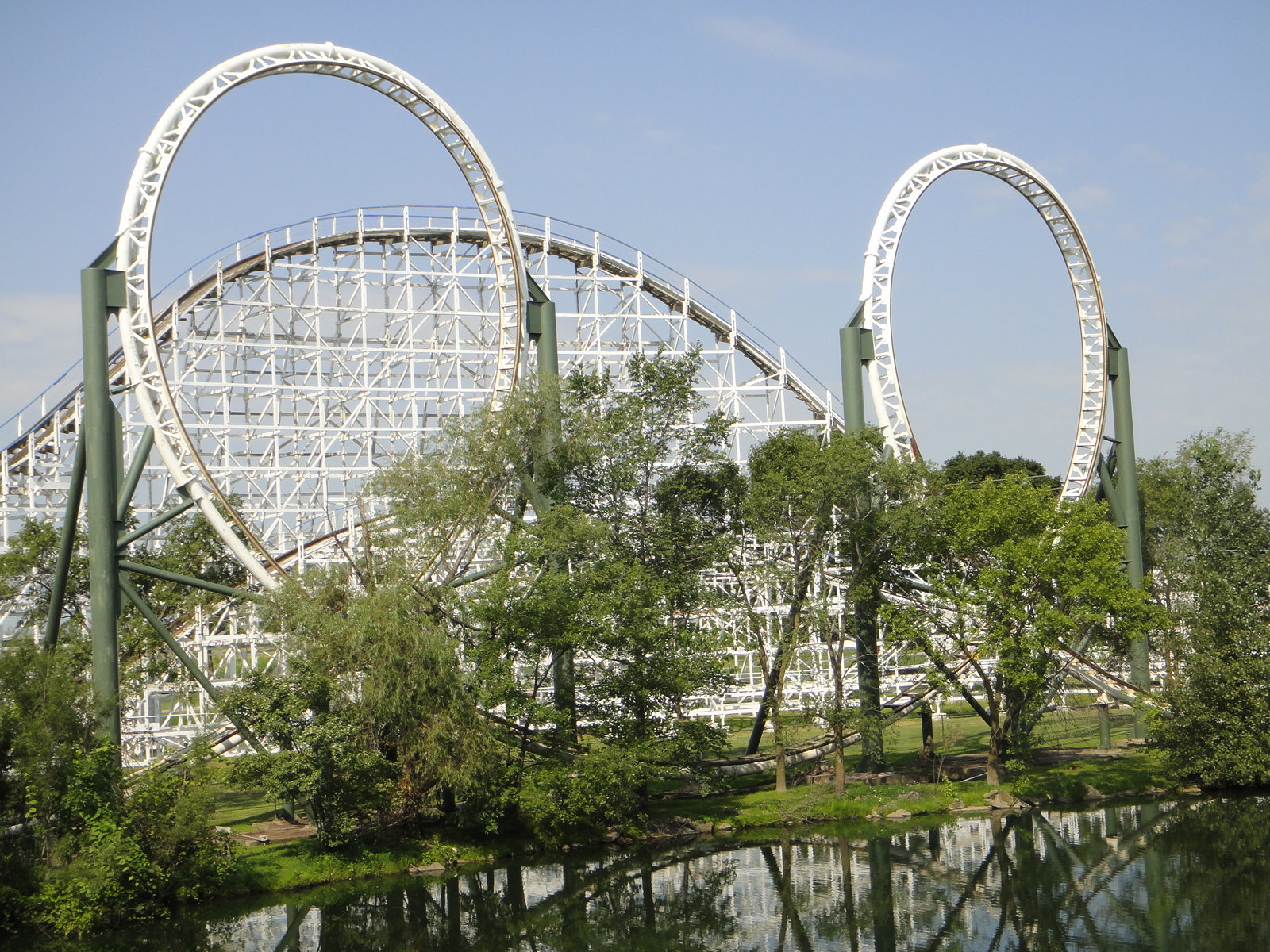 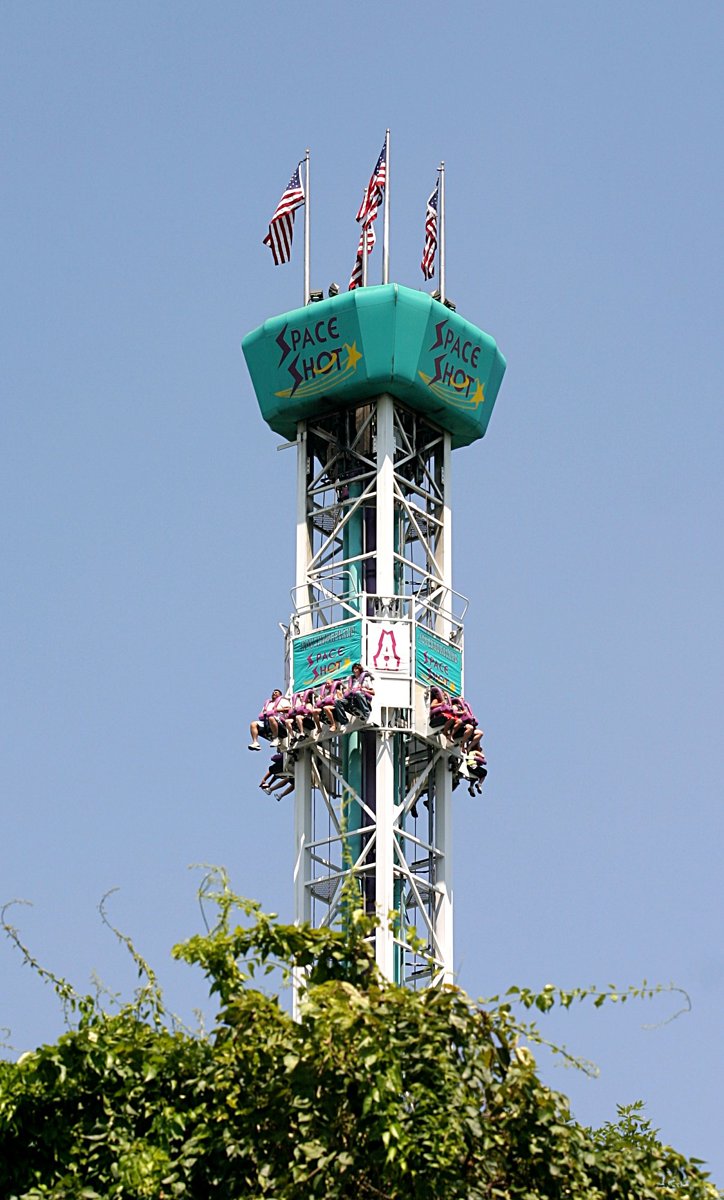 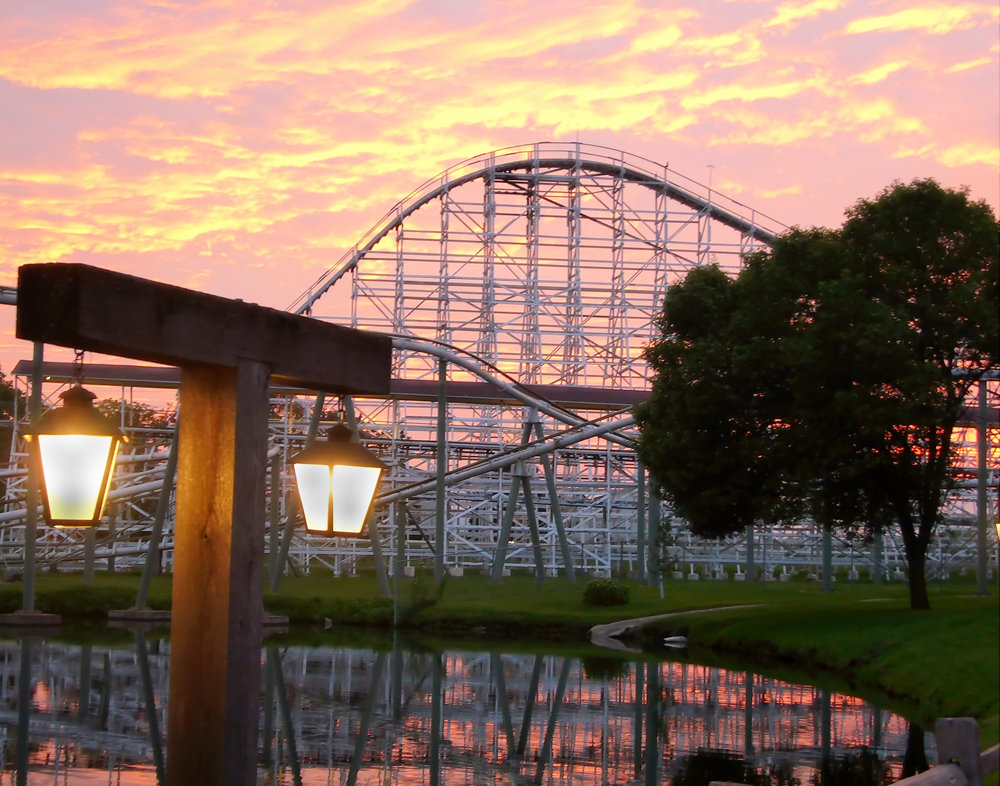 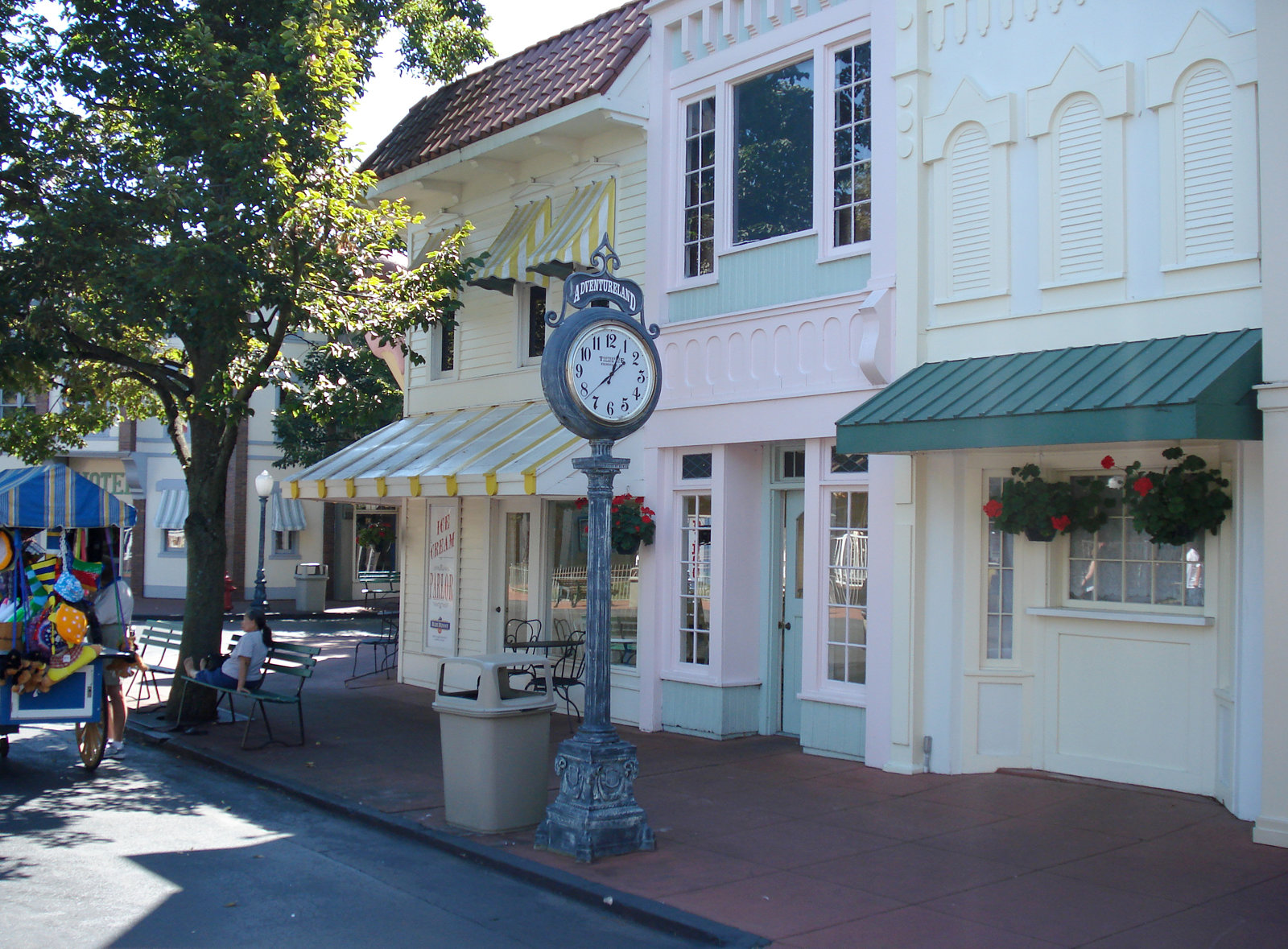 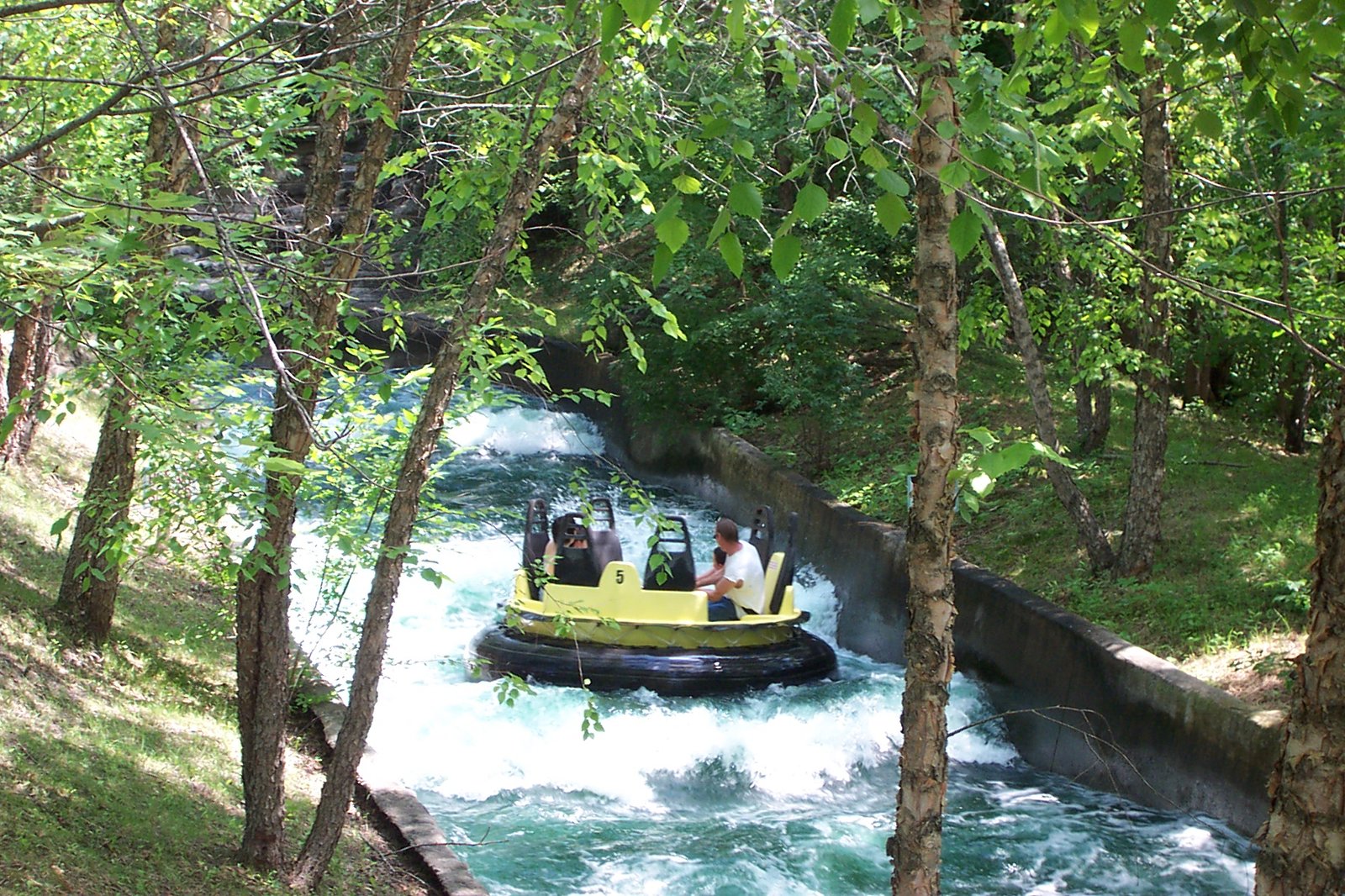 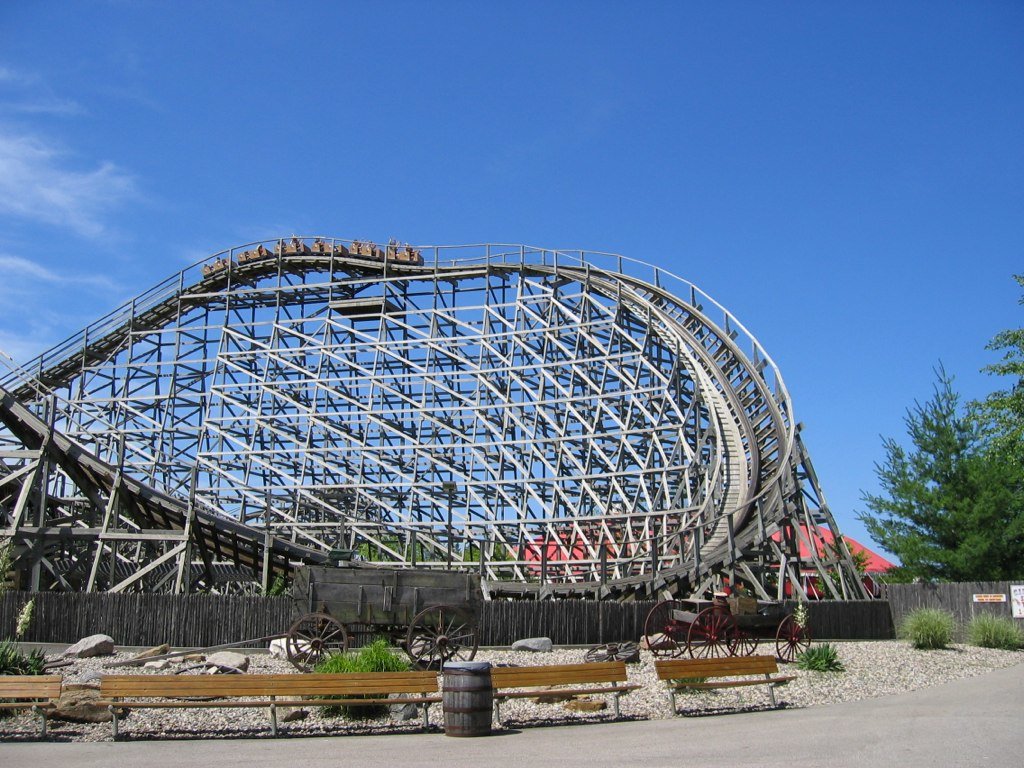