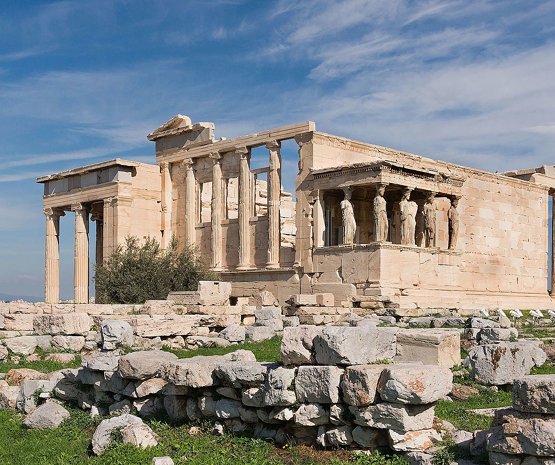 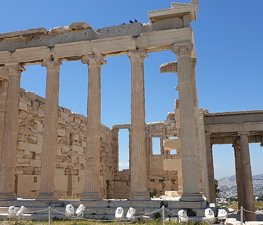 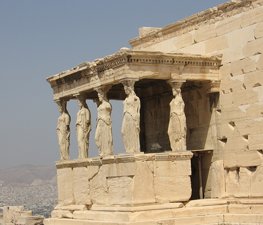 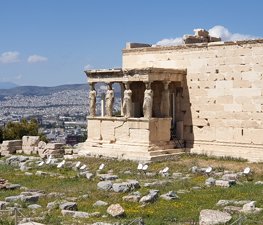 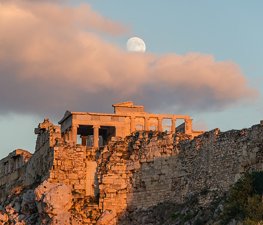 The Acropolis of Athens is the best known acropolis (Gr. akros, akron, edge, extremity + polis, city, pl. acropoleis) in the world. Although there are many other acropoleis in Greece, the significance of the Acropolis of Athens is such that it is commonly known as The Acropolis without qualification. The Acropolis was formally proclaimed as the pre-eminent monument on the European Cultural Heritage list of monuments on 26 March 2007. The Acropolis is a flat-topped rock that rises 150 m (490 ft) above sea level in the city of Athens, with a surface area of about 3 hectares. It was also known as Cecropia, after the legendary serpent-man, Cecrops, the first Athenian king.

While the earliest artifacts date to the Middle Neolithic era, there have been documented habitations in Attica from the Early Neolithic (6th millennium BC). There is little doubt that a Mycenaean megaron stood upon the hill during the late Bronze Age. Nothing of this megaron survives except, probably, a single limestone column-base and pieces of several sandstone steps. Soon after the palace was built a Cyclopean massive circuit wall was built, 760 meters long, up to 10 meters high, and ranging from 3.5 to 6 meters thick. This wall would serve as the main defense for the acropolis until the fifth century. The wall consisted of two parapets built with large stone blocks and cemented with an earth mortar called emplekton. The wall follows typical Mycenaean convention in that it followed the natural contour of the terrain and its gate was arranged obliquely, with a parapet and tower overhanging the incomers' right-hand side, thus facilitating defense. There were two lesser approaches up the hill on its north side, consisting of steep, narrow flights of steps cut in the rock. Homer is assumed to refer to this fortification when he mentions the "strong-built House of Erechtheus" (Odyssey 7.81). At some point before the thirteenth century an earthquake caused a fissure near the northeastern edge of the acropolis. This fissure extended some thirty five meters to a bed of soft marl in which a well was dug An elaborate set of stairs was built and the well was used as a protected source of drinking water during some portion of the Mycenaean period, as it was invaluable in times of siege.

on the Acropolis of Athens.]] There is no conclusive evidence for the existence of a Mycenean palace on top of the Athenian Acropolis. However, if there was such a palace, it seems to have been transplanted by later building activity on the Acropolis. Not much is known as to the architectural appearance of the Acropolis until the archaic era. In the 7th and the 6th centuries BC the site was taken over by Kylon during the failed Kylonian revolt, and twice by Pisistratus: all attempts directed at seizing political power by coups d' etat. Nevertheless it seems that a nine-gate wall, the Enneapylon, had been built around the biggest water spring, the "Clepsydra", at the northwestern foot. It was Pisistratus who initially established a precinct for Artemis on the site.

To confuse matters, by the time the "Bluebeard" Temple had been dismantled, a newer and grander marble building, the "Older Parthenon" (often called the Ur-Parthenon), was started following the victory at Marathon in 490 BC. To accommodate it, the south part of the summit was cleared of older remnants, made level by adding some 8,000 two-ton blocks of Piraeus limestone, a foundation 11 m (36 ft) deep at some points, and the rest filled with earth kept in place by the retaining wall.

The Older Parthenon was still under construction when the Persians sacked the city in 480 BC. The building was burnt and looted along with the Archaios Naos and practically everything else on the rock. After the Persian crisis had subsided the Athenians incorporated many of the unfinished temple's architectural members (still unflutted column drums, triglyphs, metopes, etc.) to the newly built northern curtain wall of the Acropolis, where they can still be seen today. The devastated site was cleared from debris. Statuary, cult objects, religious offerings and unsalvable architectural members were buried ceremoniously in several deeply dug pits on the hill serving conveniently as a fill for the artificial plateau created around the classic Parthenon. This "Persian debris" is the richest archaeological deposit excavated on the Acropolis.

Most of the major temples were rebuilt under the leadership of Pericles during the Golden Age of Athens (460–430 BC). Phidias, a great Athenian sculptor, and Ictinus and Callicrates, two famous architects, were responsible for the reconstruction. During the 5th century BC, the Acropolis gained its final shape. After winning at Eurymedon in 468 BC, Cimon and Themistocles ordered the reconstruction of southern and northern walls, and Pericles entrusted the building of the Parthenon to Ictinus and Callicrates.

]] ]] In 437 BC Mnesicles started building the Propylaea, monumental gates with columns of Pentelic marble, partly built upon the old propylaea of Pisistratus. These colonnades were almost finished in 432 BC and had two wings, the northern one serving as picture gallery. At the same time, south of the propylaea, building of the small Ionic Temple of Athena Nike commenced. After an interruption caused by the Peloponnesian War, the temple was finished in the time of Nicias' peace, between 421 BC and 415 BC.

During the same period the building of the Erechtheum, a combination of sacred precincts including the temples of Athena Polias, Poseidon, Erechtheus, Cecrops, Herse, Pandrosos and Aglauros, with its so-called the Kore Porch (or Caryatids' balcony), was begun.

Between the temple of Athena Nike and the Parthenon there was the temenos of Artemis Brauronia or Brauroneion, the goddess represented as a bear and worshipped in the deme of Brauron. The archaic xoanon of the goddess and a statue made by Praxiteles in the 4th century BC were both in the sanctuary.

Behind the Propylaea, Phidias' gigantic bronze statue of Athena Promachos ("she who fights in the front line"), built between 450 BC and 448 BC, dominated. The base was 1.50 m (4 ft 11 in) high, while the total height of the statue was 9 m (30 ft). The goddess held a lance whose gilt tip could be seen as a reflection by crews on ships rounding Cape Sounion, and a giant shield on the left side, decorated by Mys with images of the fight between the Centaurs and the Lapiths. Other monuments that have left almost nothing visible to the present day are the Chalkotheke, the Pandroseion, Pandion's sanctuary, Athena's altar, Zeus Polieus's sanctuary and, from Roman times, the circular temple of Augustus and Rome.

siege of 1687.]] In the Byzantine period, the Parthenon was turned into a church, dedicated to the Virgin Mary. Under the Latin Duchy of Athens, the Acropolis functioned as the city's administrative center, with the Parthenon as its cathedral, and the Propylaia as part of the Ducal Palace. A large tower was added, which was demolished in the 19th century. After the Ottoman conquest, the Parthenon was used as the garrison headquarters of the Turkish army, and the Erechteum was turned into the Governor's private Harem. The buildings of the Acropolis suffered significant damage during the 1687 siege by the Venetians in the Morean War. The Parthenon, which was being used as a gunpowder magazine, was hit by artillery fire and severely damaged.

The entrance to the Acropolis was a monumental gateway called the Propylaea. To the south of the entrance is the tiny Temple of Athena Nike. A bronze statue of Athena, sculpted by Phidias, originally stood at its centre. At the centre of the Acropolis is the Parthenon or Temple of Athena Parthenos (Athena the Virgin). East of the entrance and north of the Parthenon is the temple known as the Erechtheum. South of the platform that forms the top of the Acropolis there are also the remains of an outdoor theatre called Theatre of Dionysus. A few hundred metres away, there is the now partially reconstructed Theatre of Herodes Atticus.

All the valuable ancient artifacts are situated in the Acropolis Museum, which resides on the southern slope of the same rock, 280 metres from the Parthenon.

Every four years the Athenians held a festival called the Panathenaea that rivalled the Olympic Games in popularity. During the festival, a procession moved through Athens up to the Acropolis and into the Parthenon (as depicted in the frieze on the inside of the Parthenon). There, a vast robe of woven wool (peplos) was ceremoniously placed on Phidias' massive ivory and gold statue of Athena.

The Acropolis was recently selected as main motif for a high value euro collectors' coins; the €100 Greek The Acropolis of Athens commemorative coin, minted in 2004 to commemorate the 2004 Summer Olympics. In the obverse of the coin, a close view of the building is depicted.

Costas Lazarides
Try a weekday with clear weather to enjoy the great views. Your senses will be eternally grateful and you will commit the visit to memory for the rest of your life! Stop reading and book your ticket!

Visit Greece
The Acropolis of Athens! The greatest and finest sanctuary of ancient Athens. The imposing Parthenon is the most magnificent creation of Athenian democracy at the height of its power.

Μαρίνα Θεανώ Κάτσαρη
The greatest masterpiece of classical Greek art can be seen as symbolizing the idea of world heritage.When words can't describe the beauty. #lifetime_experience

Guido Gybels
One of the most amazing sites in the world. Often overlooked nearby are the south flank of the Acropolis (separate entrance) and the nearby Pnyx hill where democracy was born.

Caroline
Since 1987 UNESCO World Heritage, the Acropolis is a place where probably Europe was founded. The view over the city is breathtaking, we enjoyed every second on this historical place.
Load more comments
foursquare.com
9.6/10
Tombi ????, Nikolay Krapivnyy and 577,335 more people have been here
I've been here
Add to wishlist

Acropolis of Athens on Foursquare

Add to wishlist
I've been here
Visited
Tower of the Winds

The Tower of the Winds, also called horologion (timepiece), is an 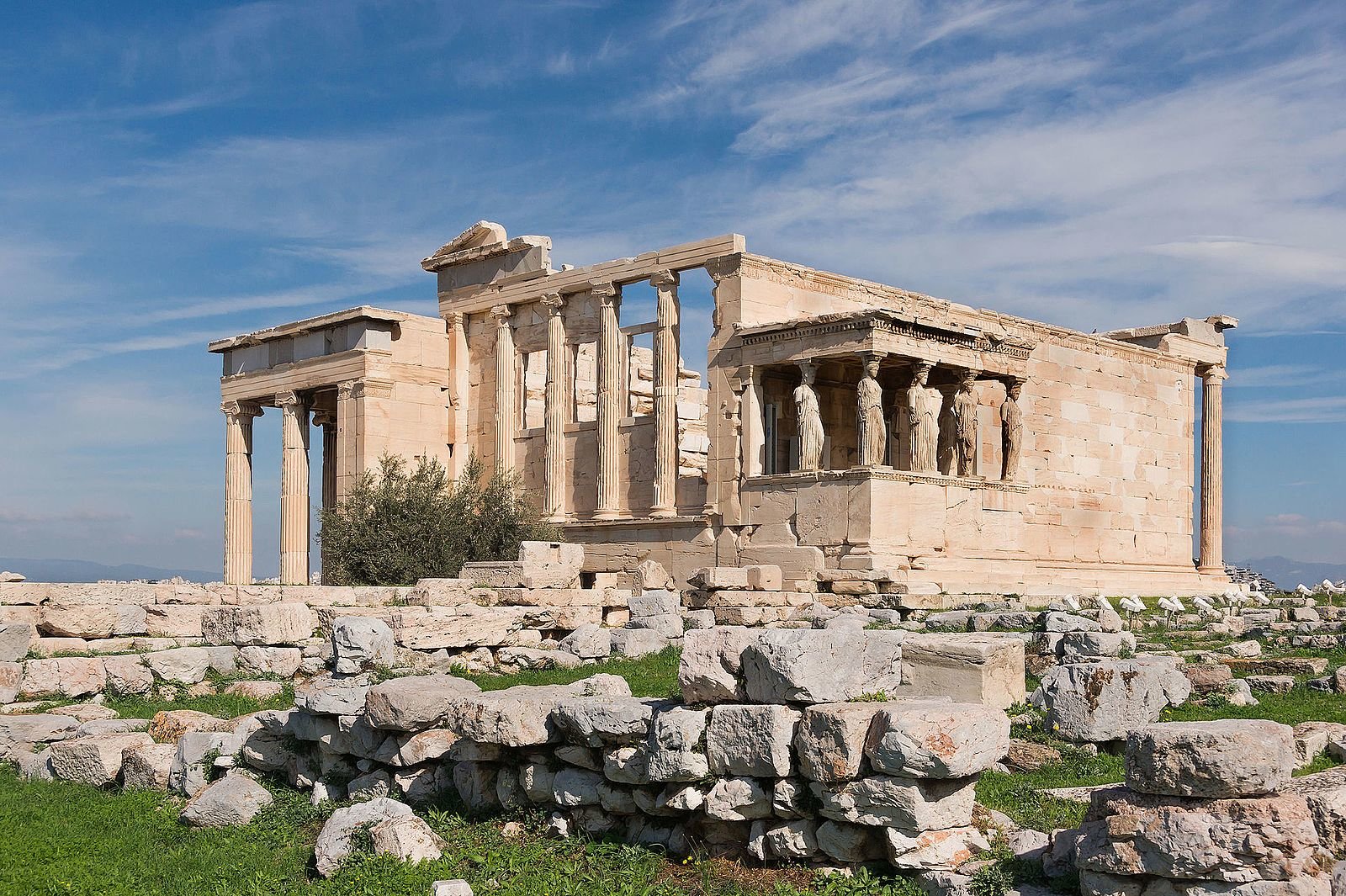 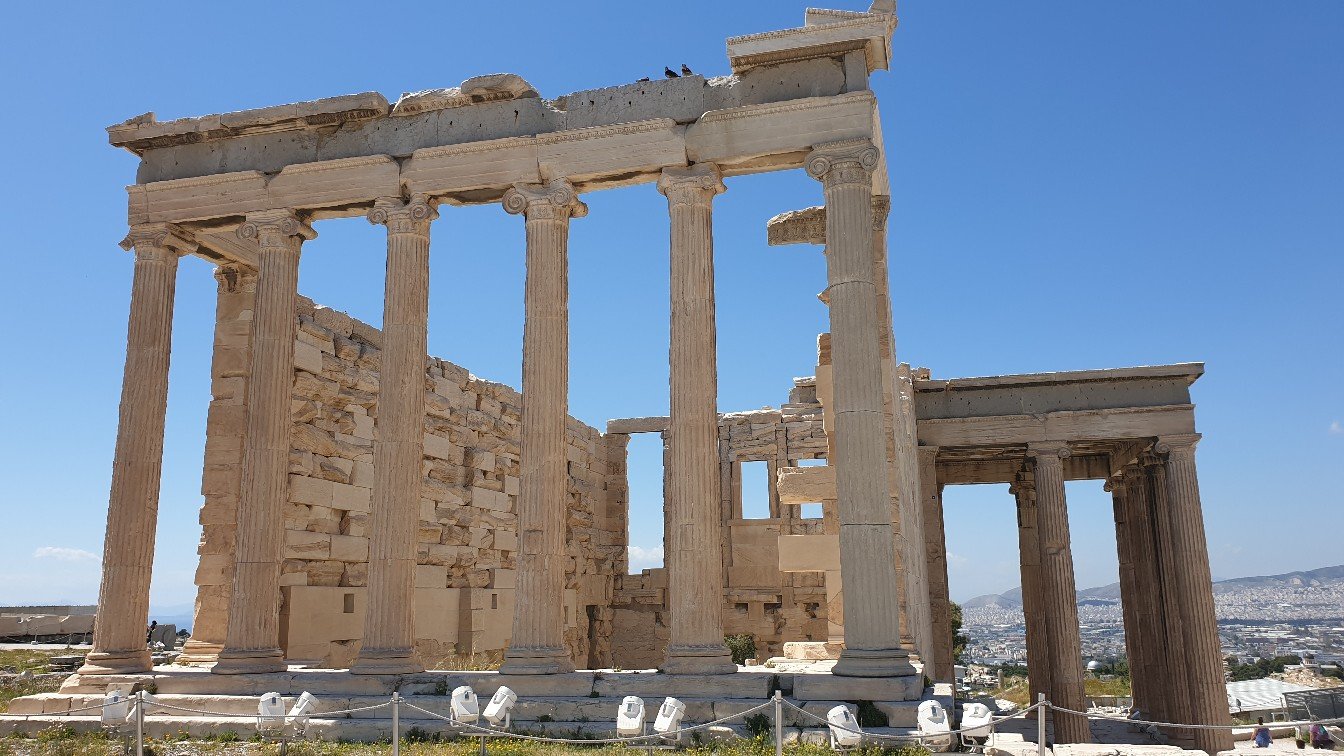 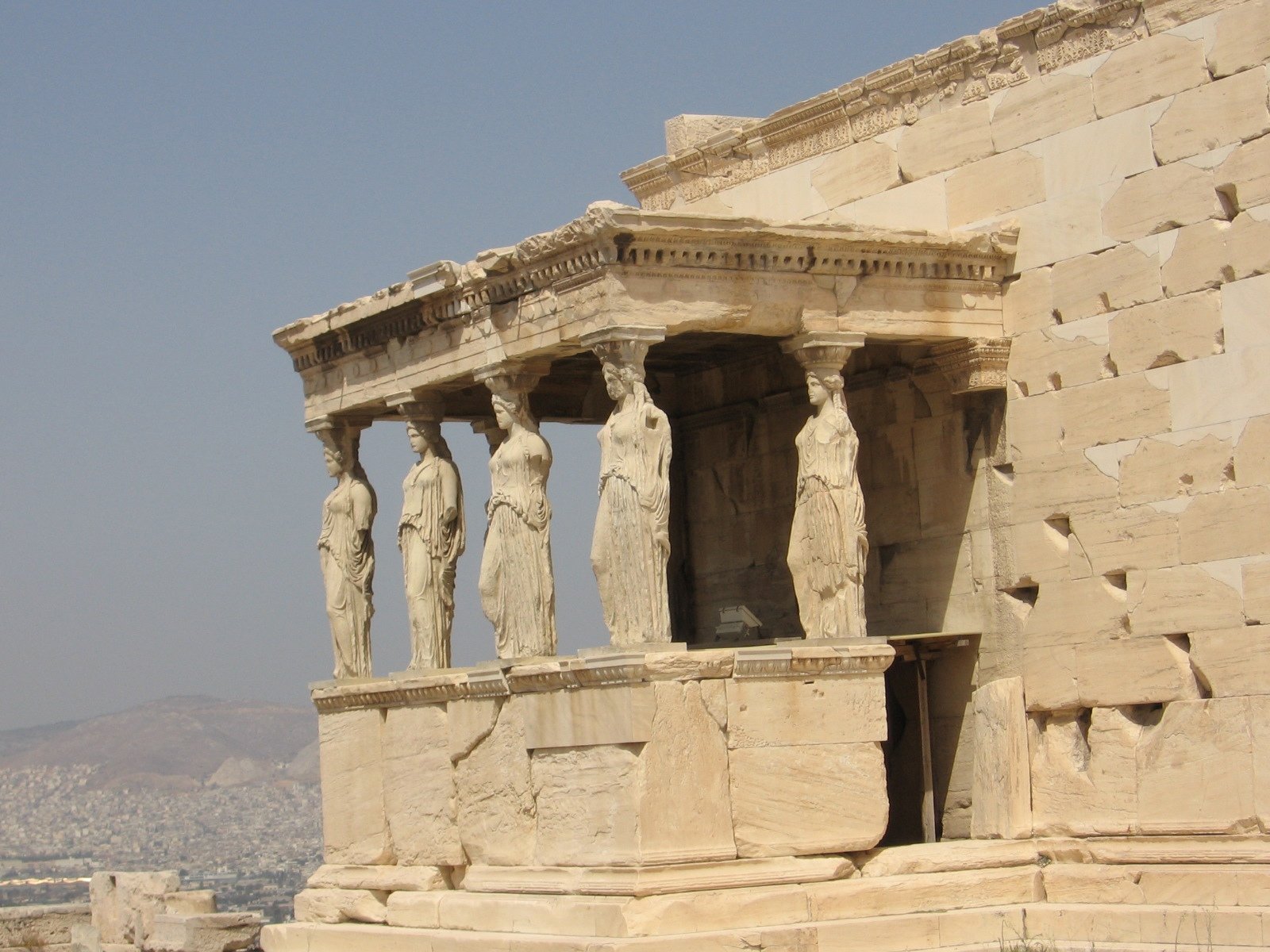 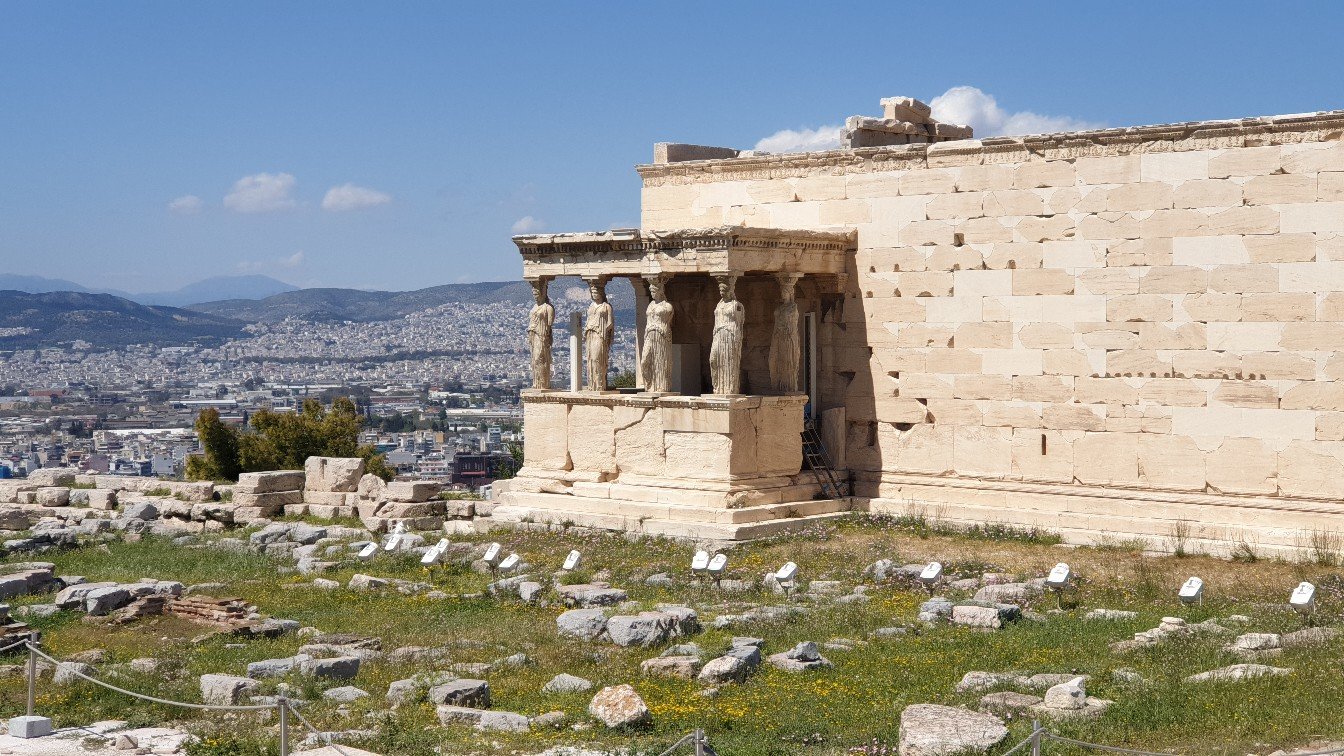 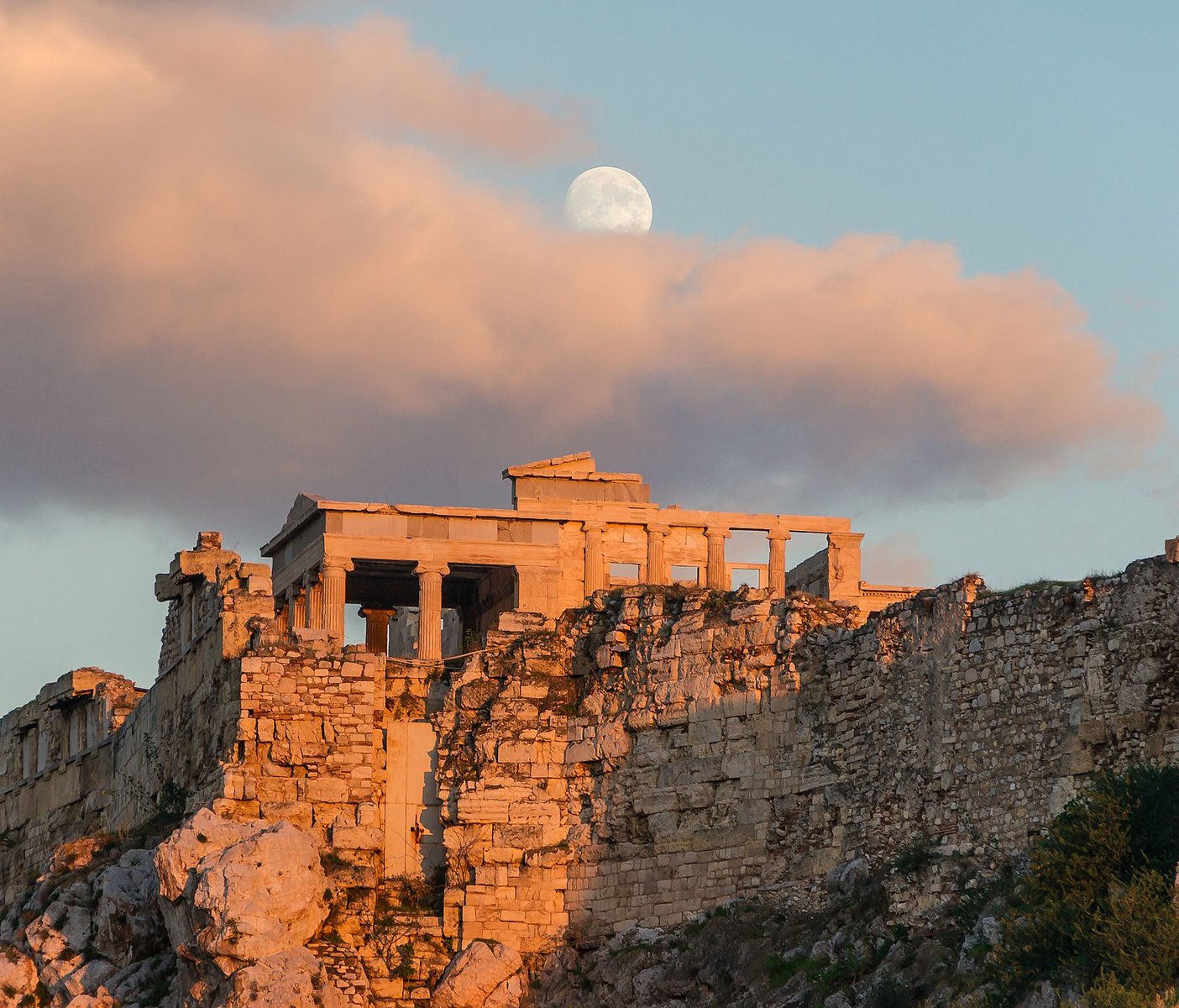 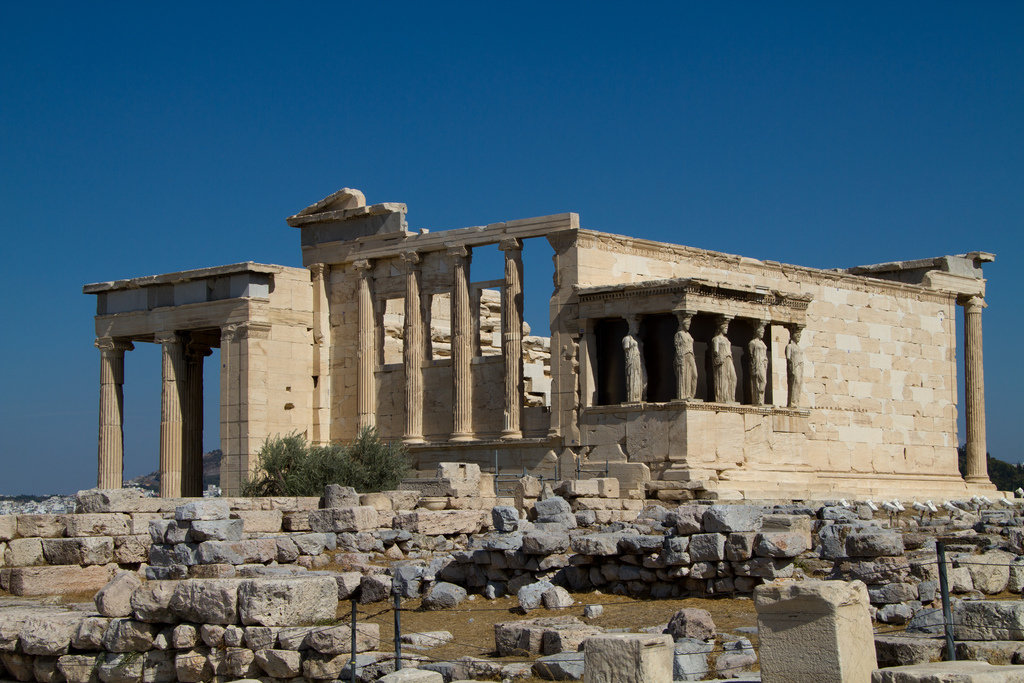 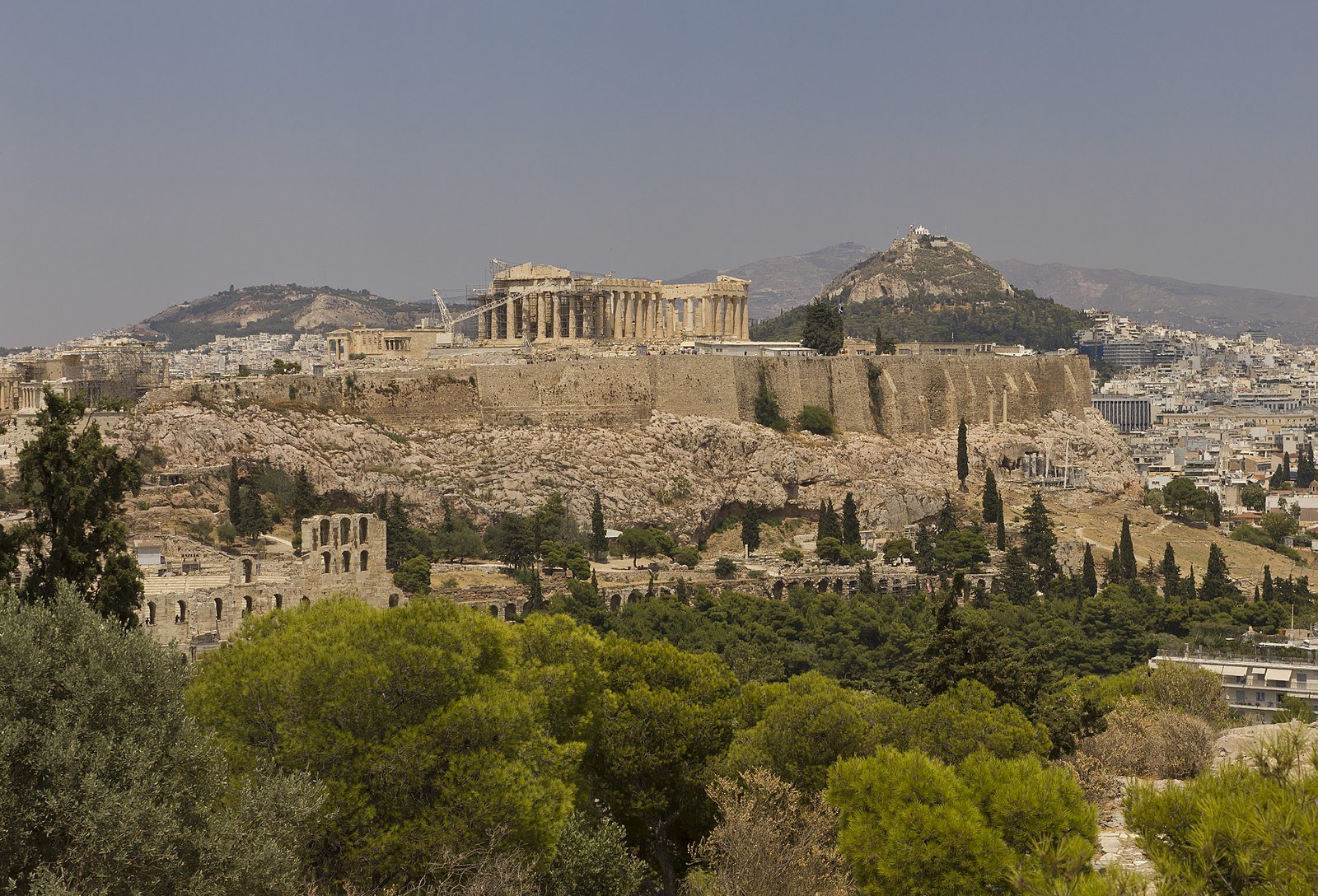 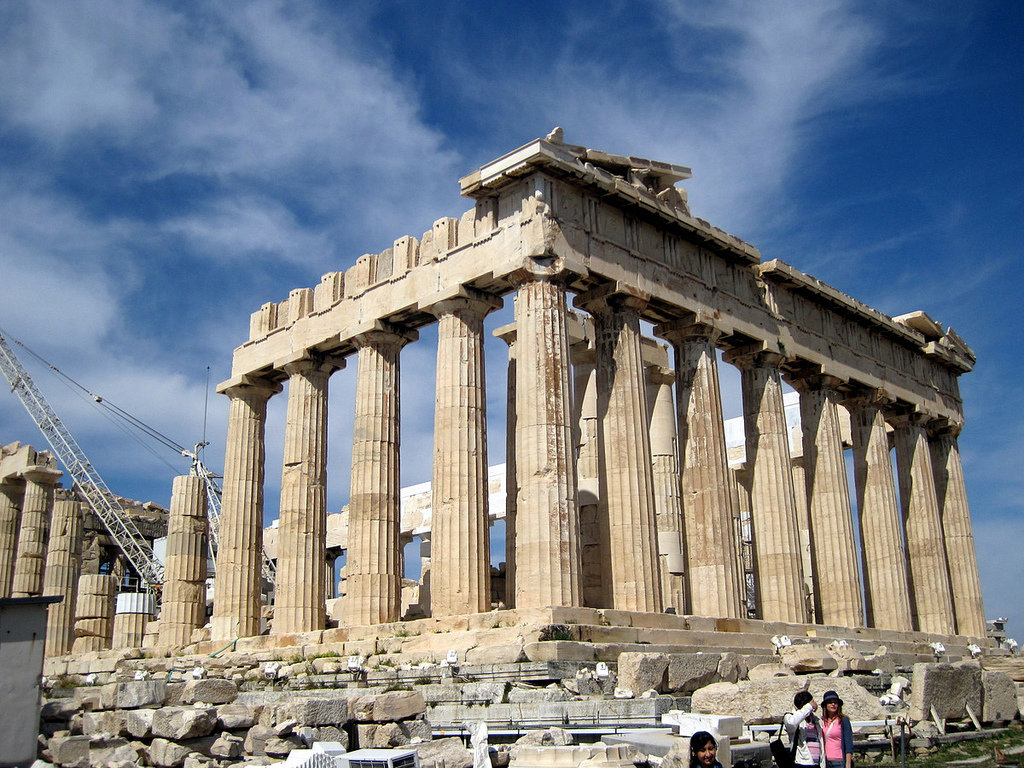 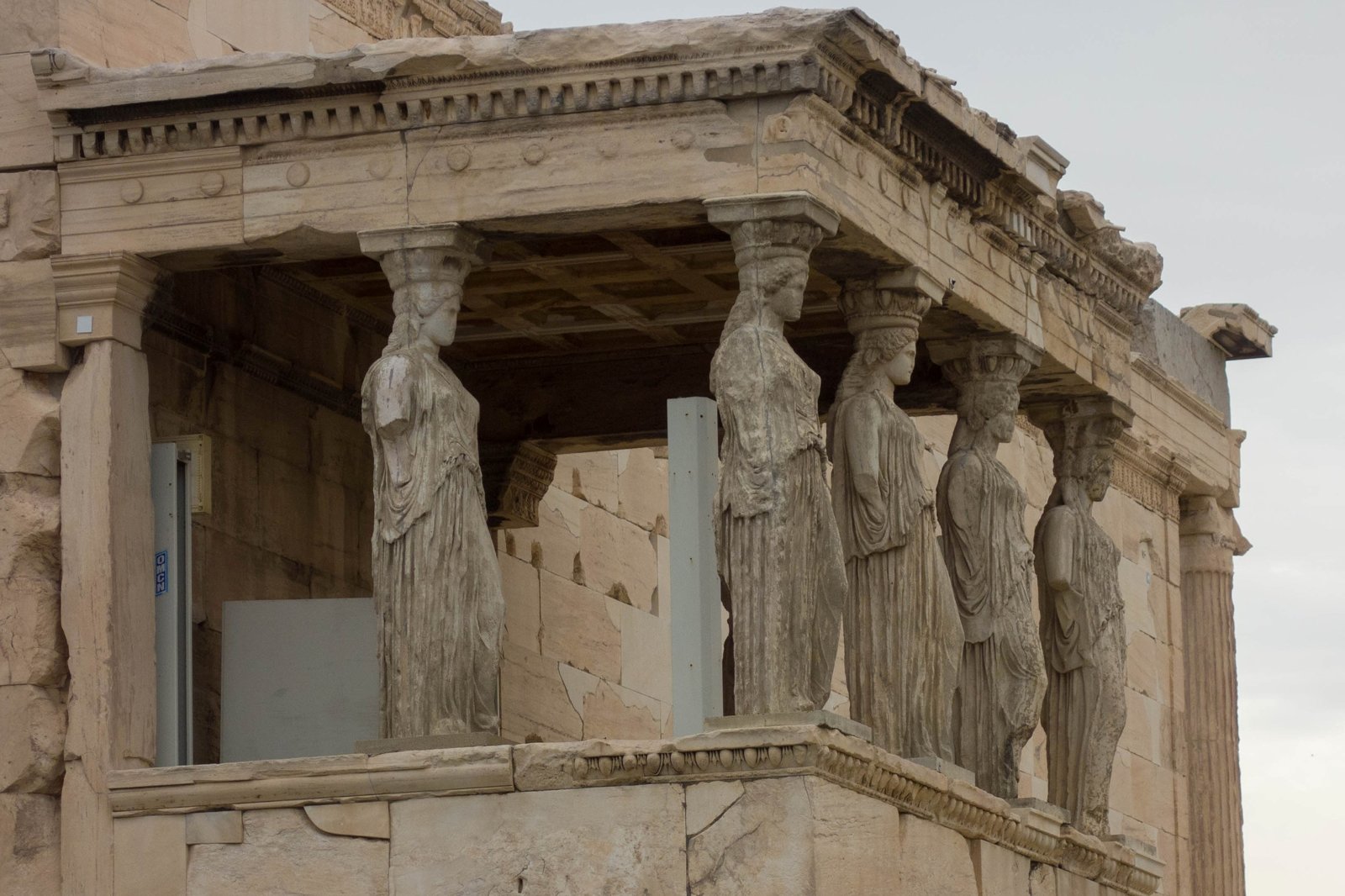 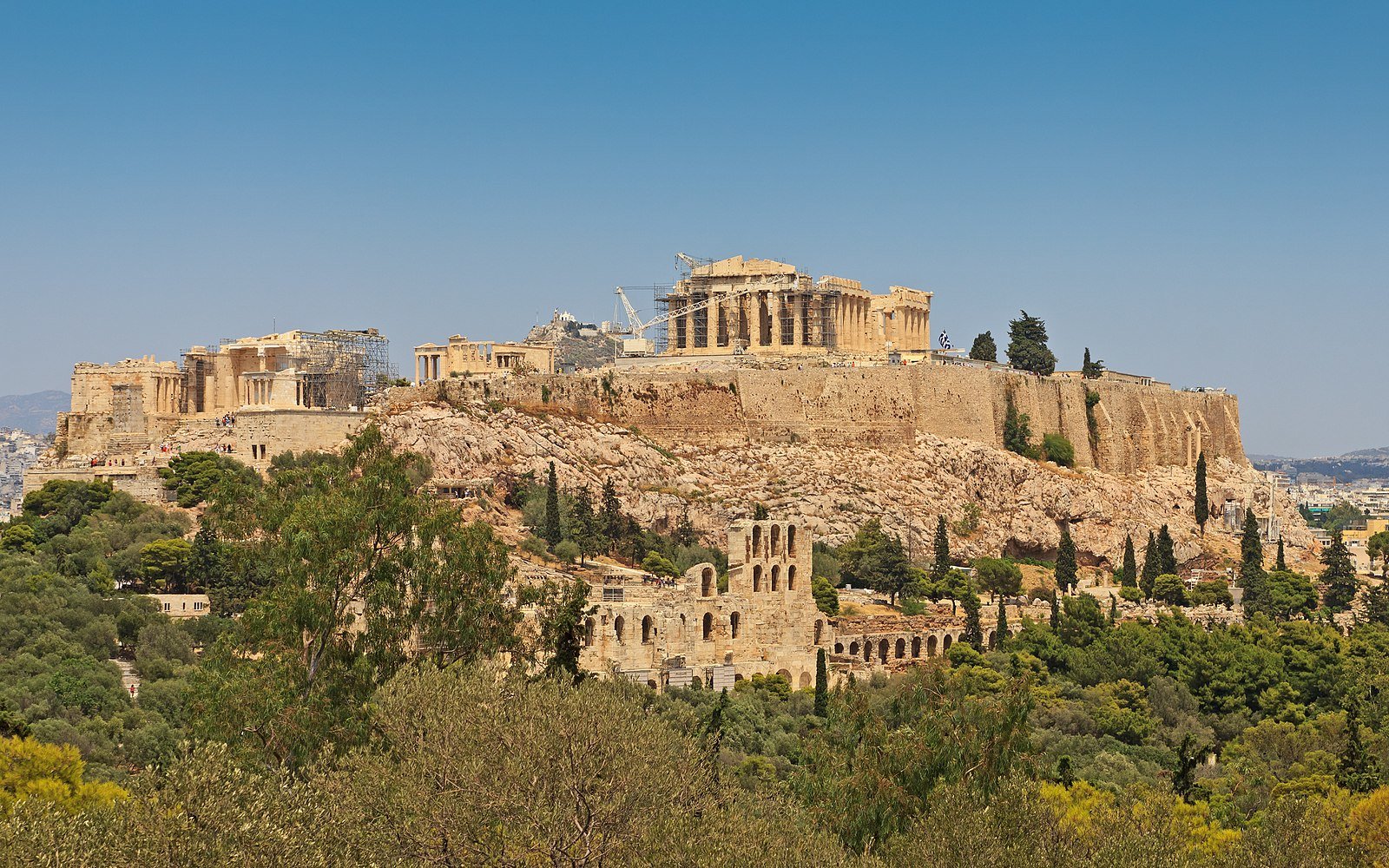 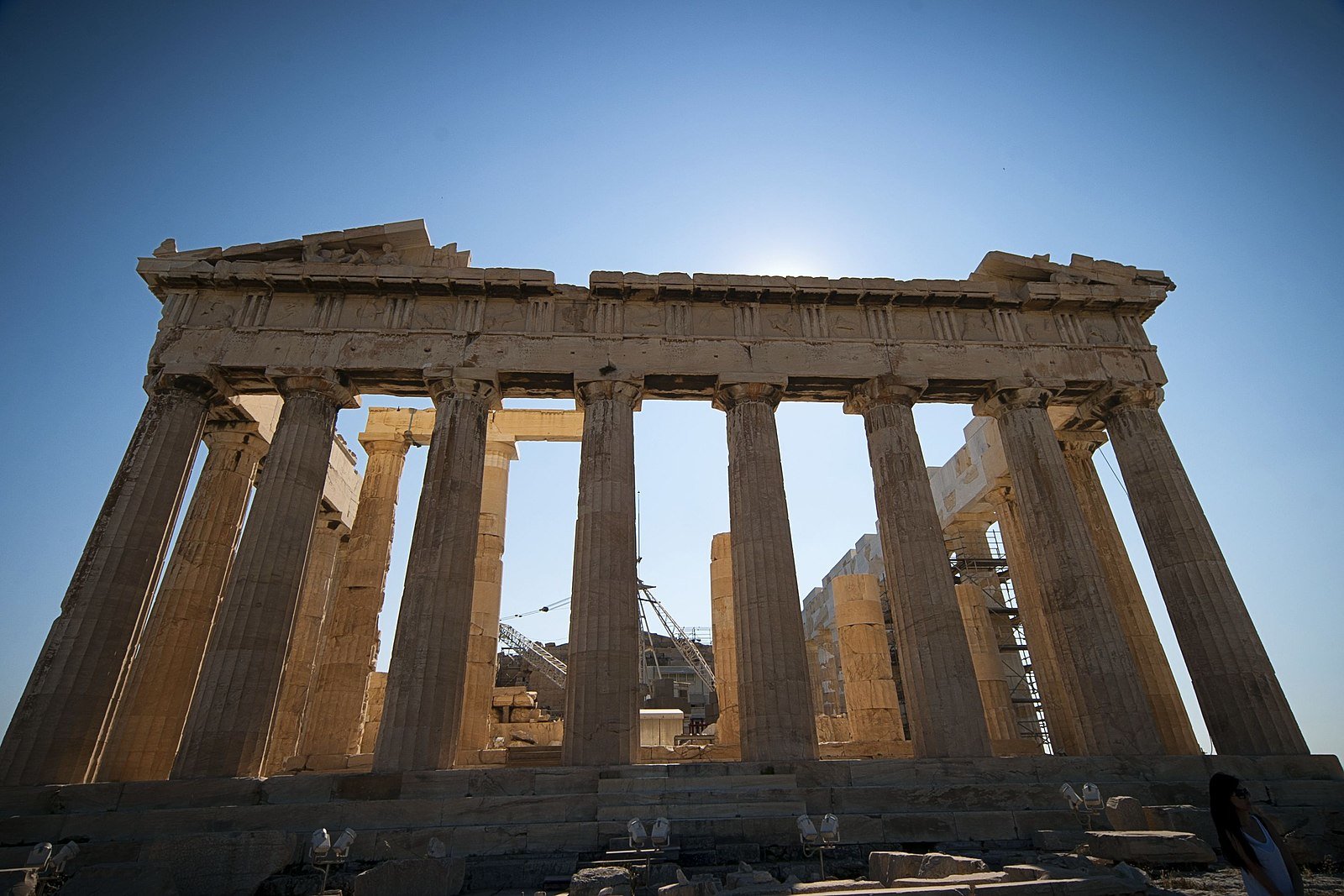 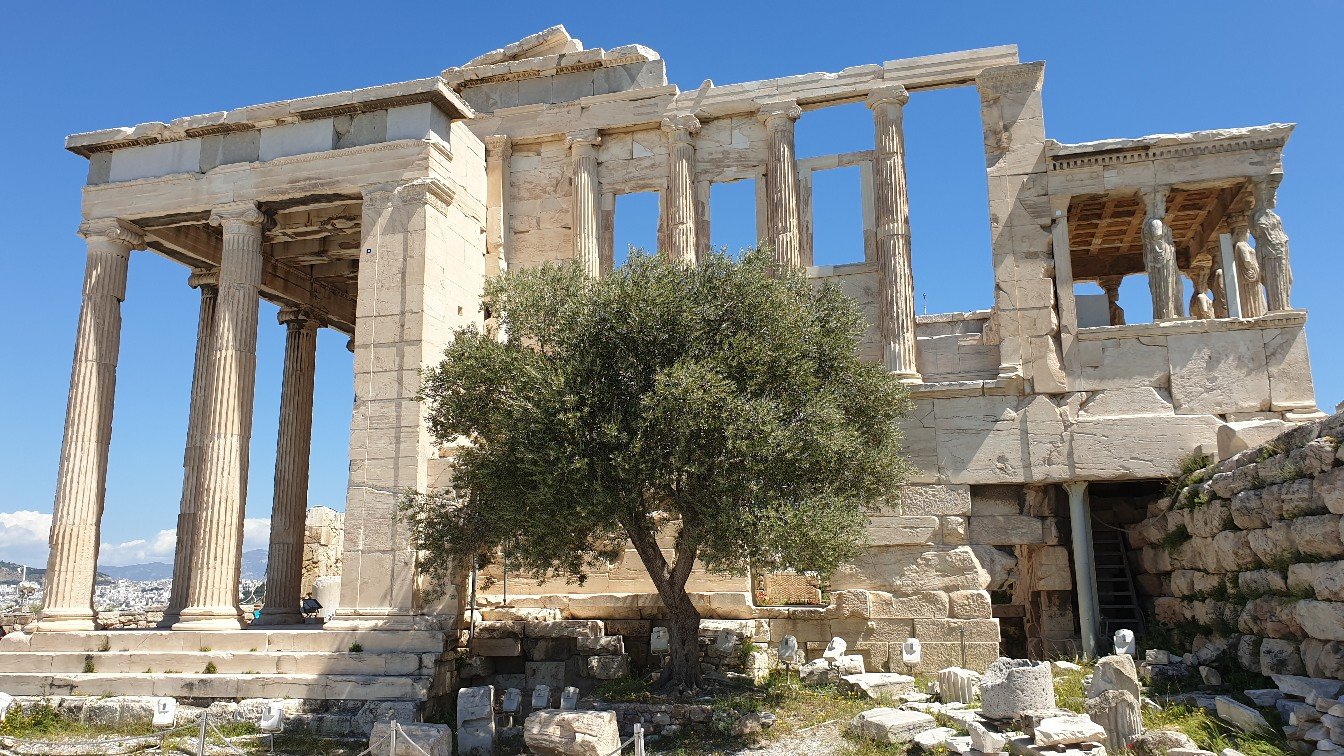 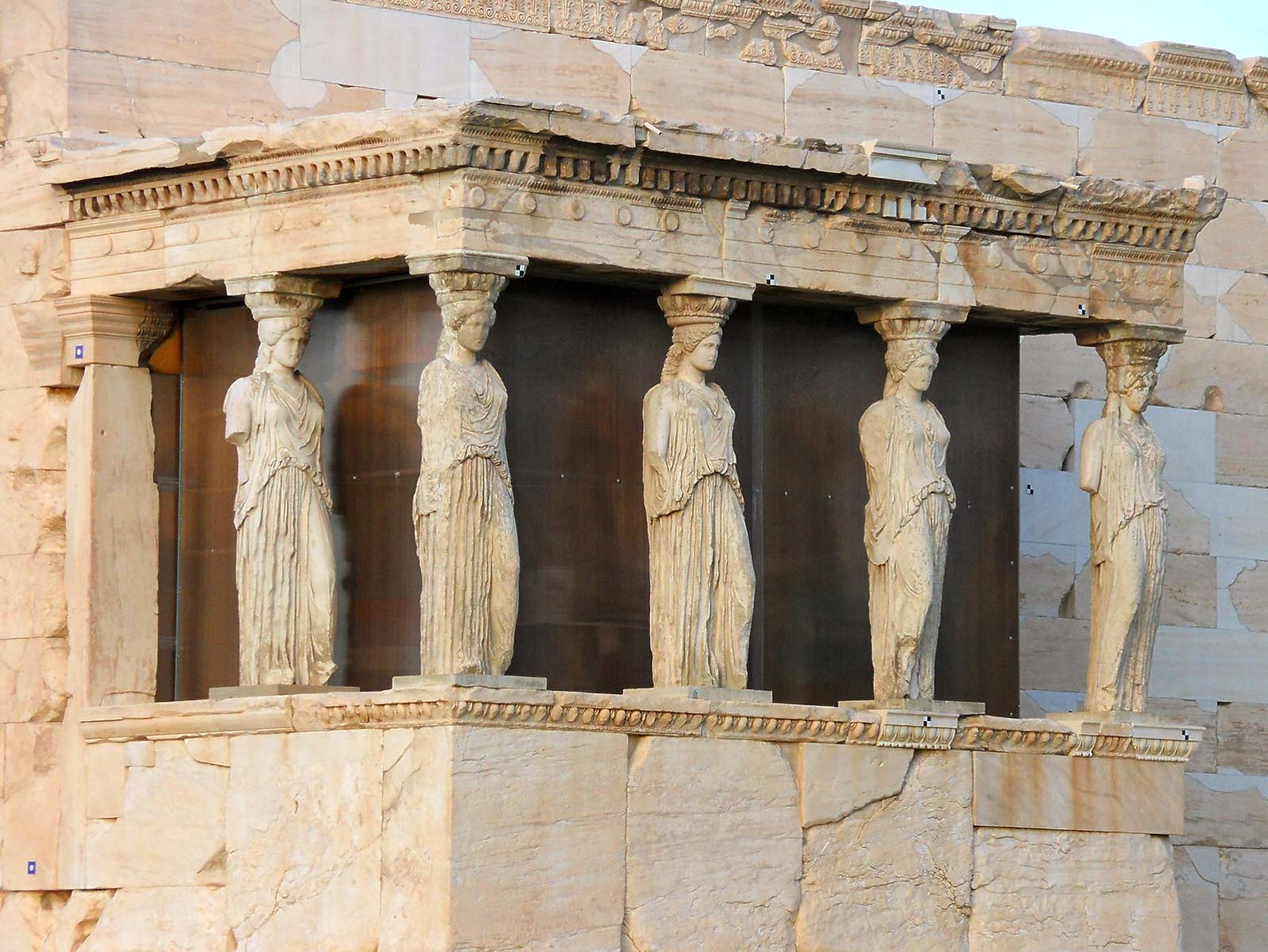 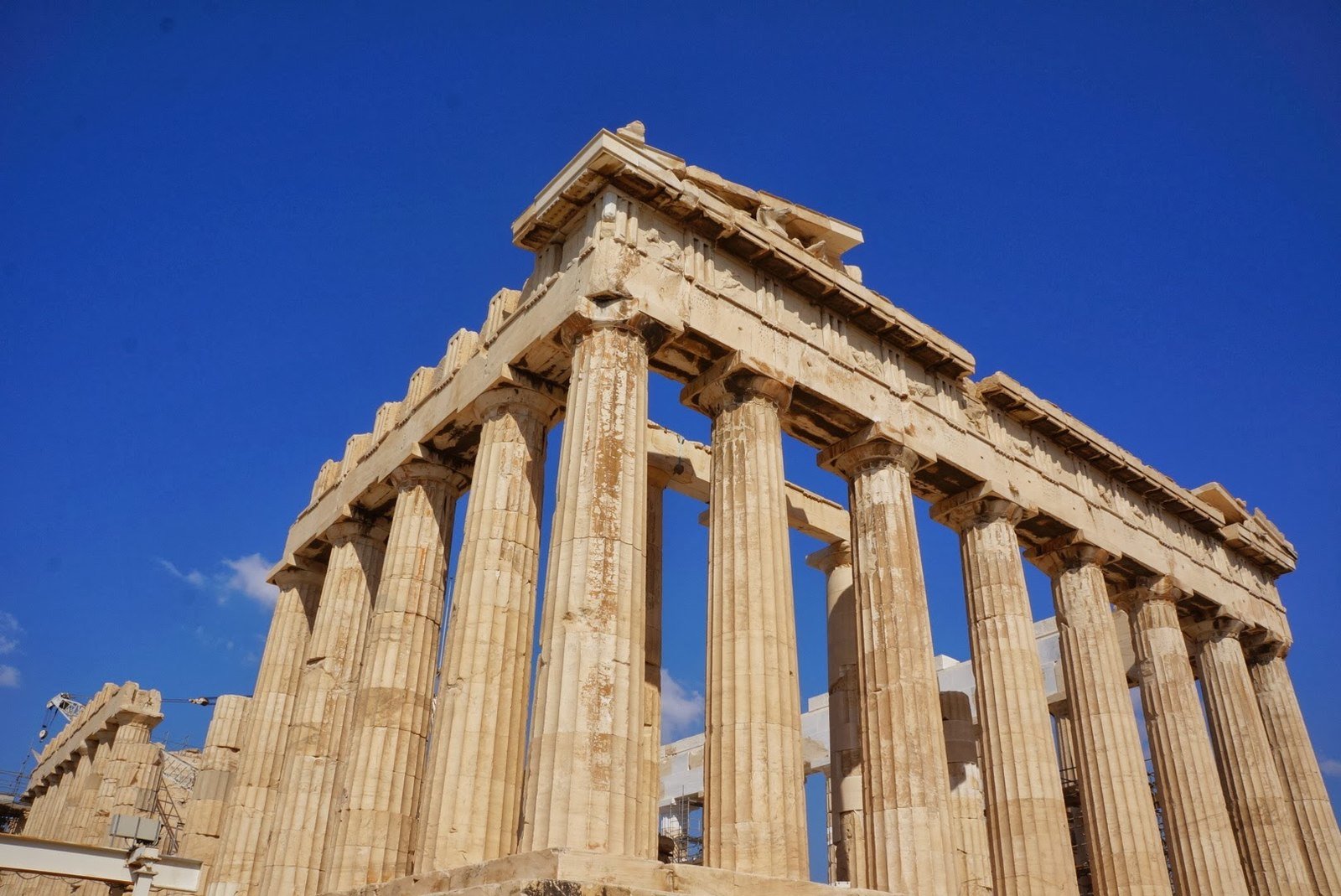 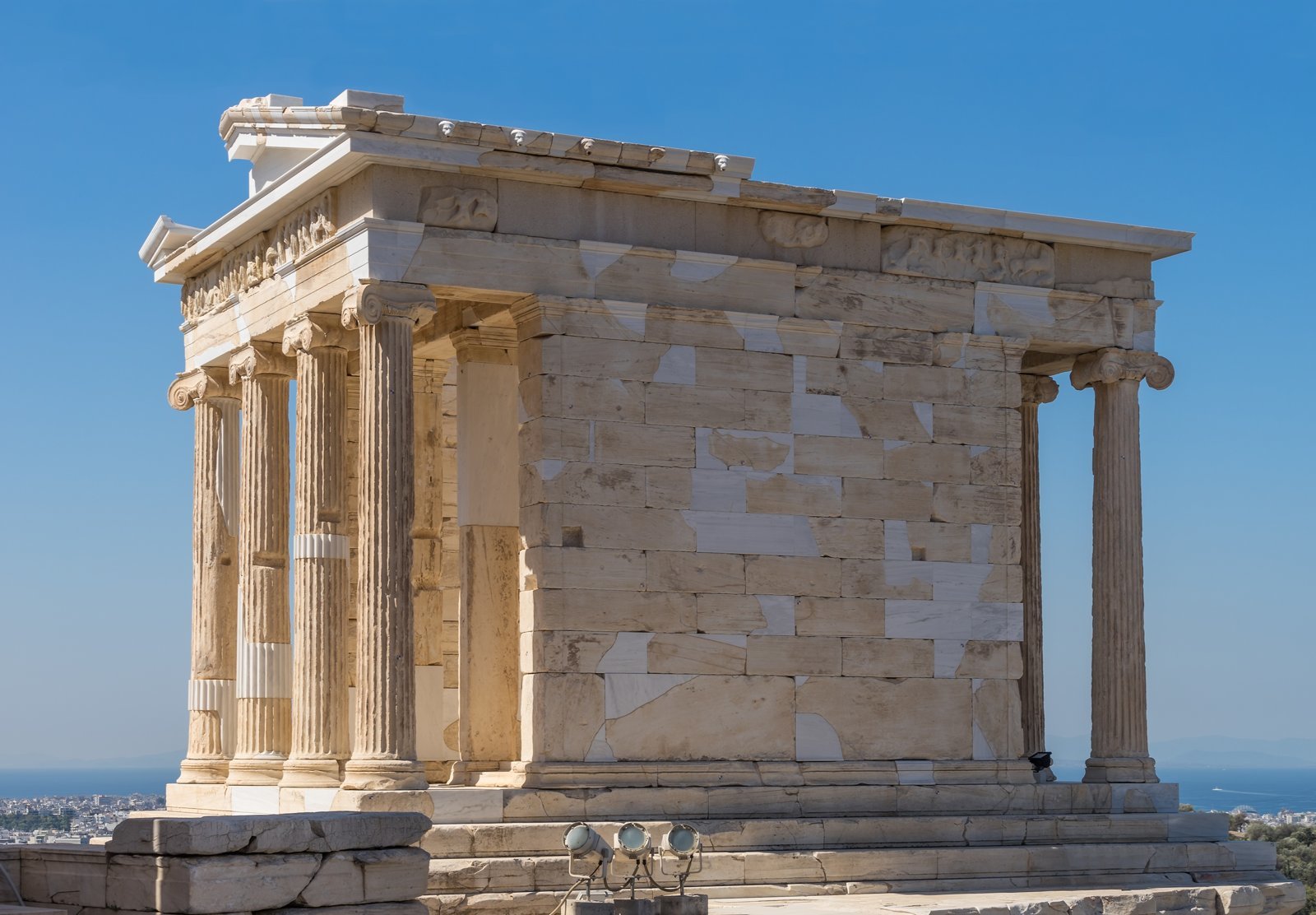 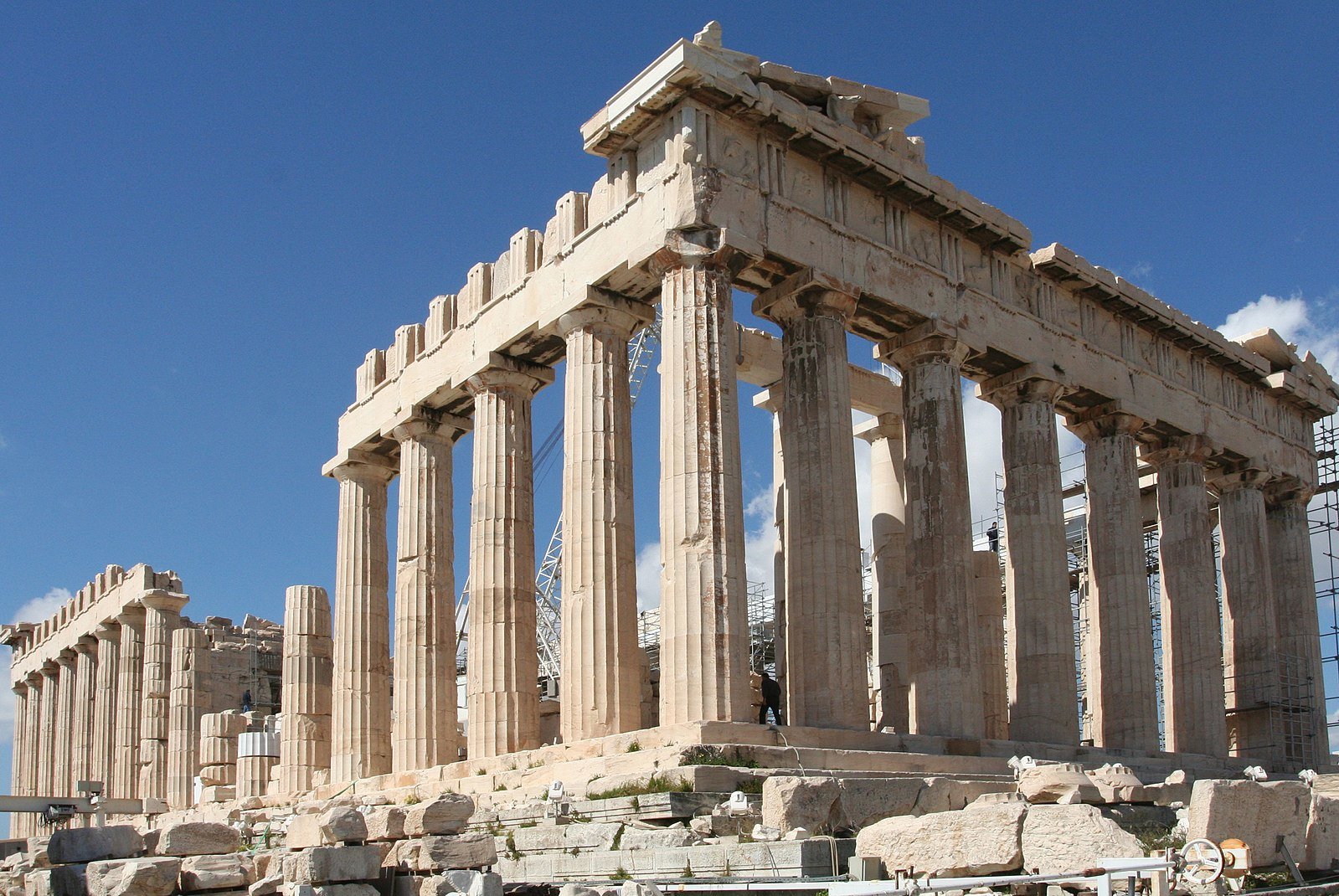 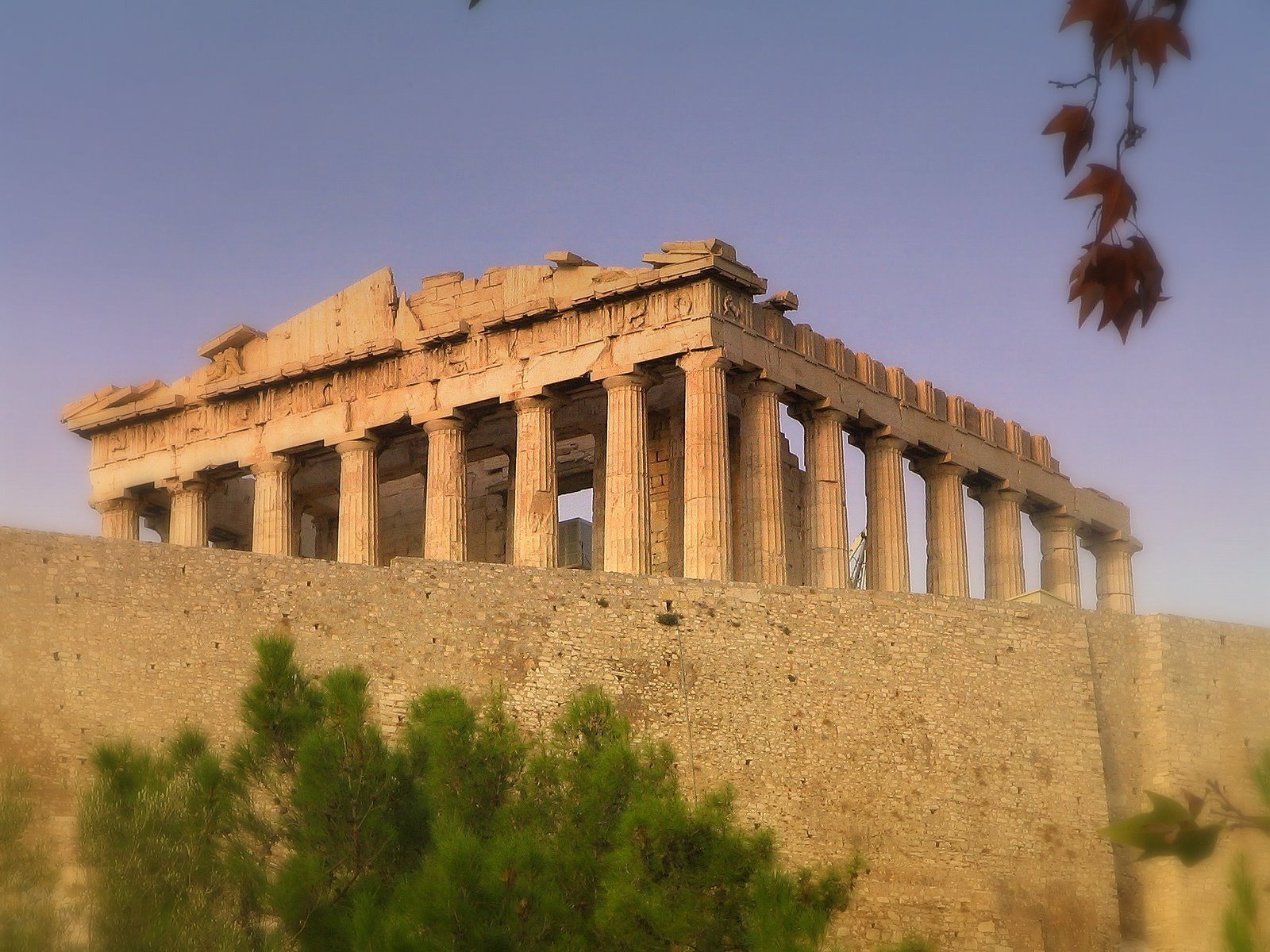 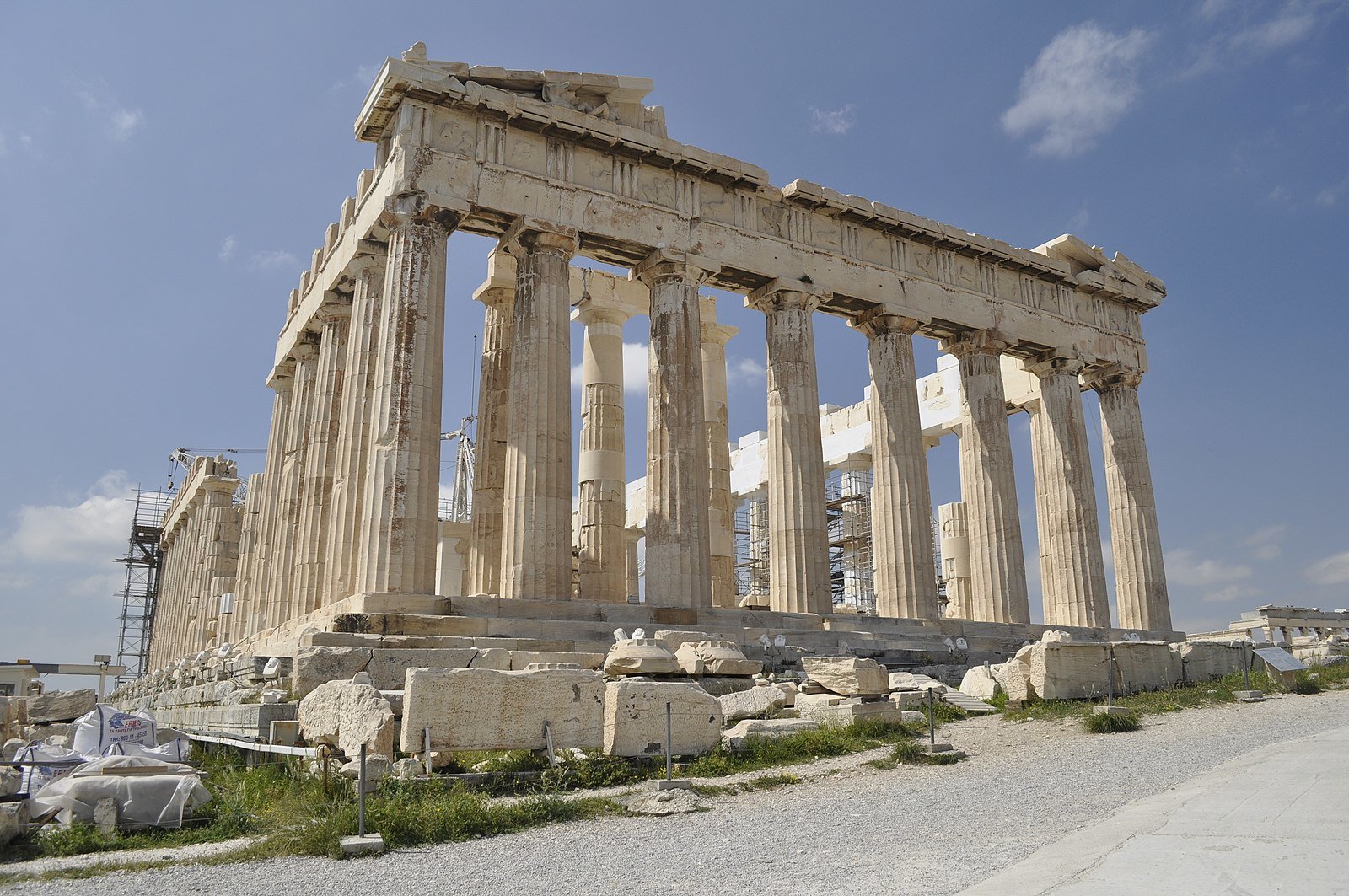 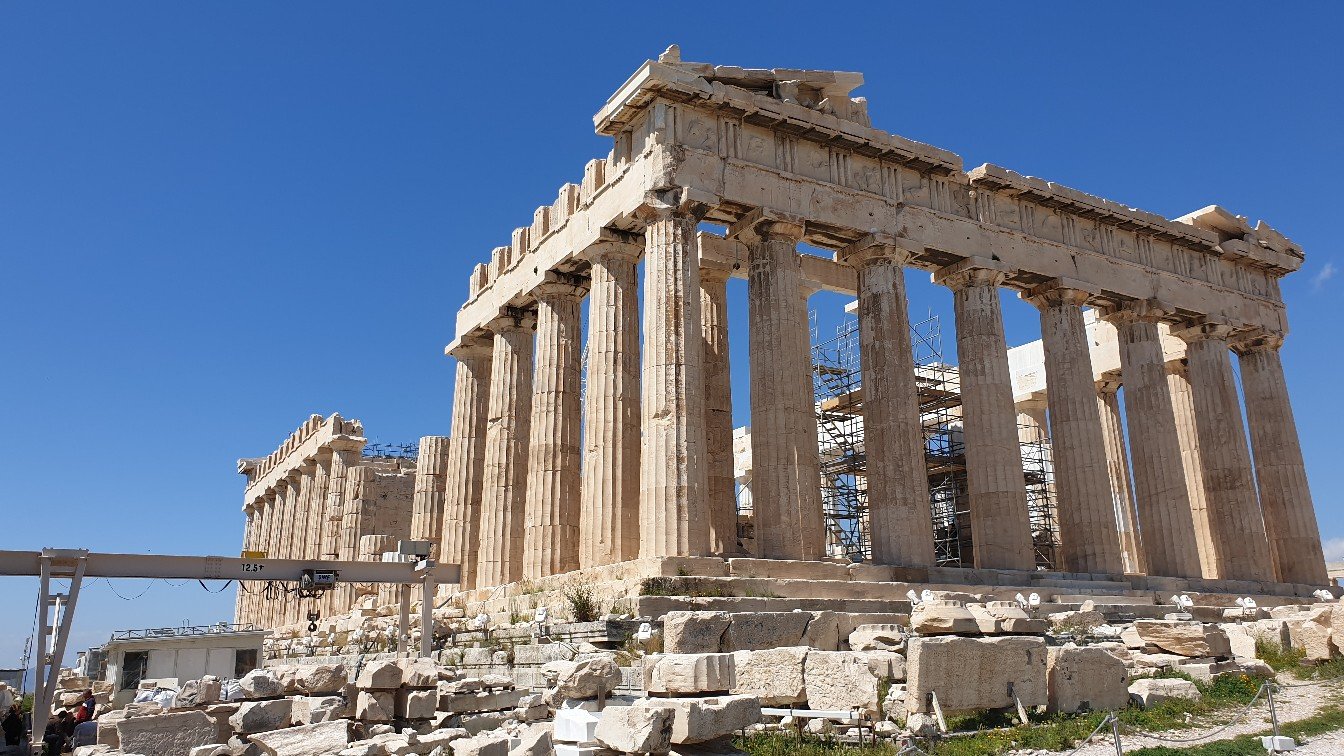 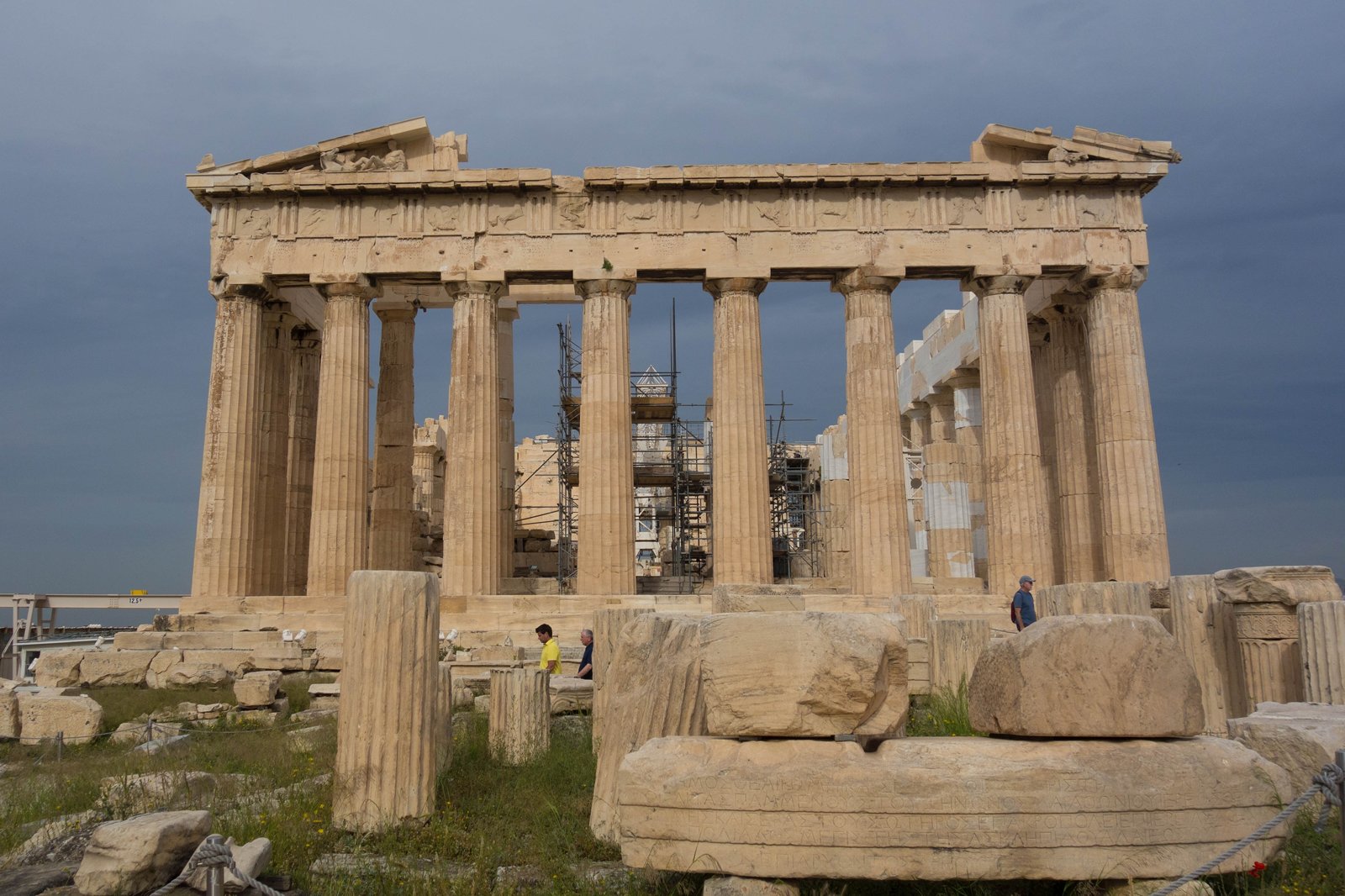 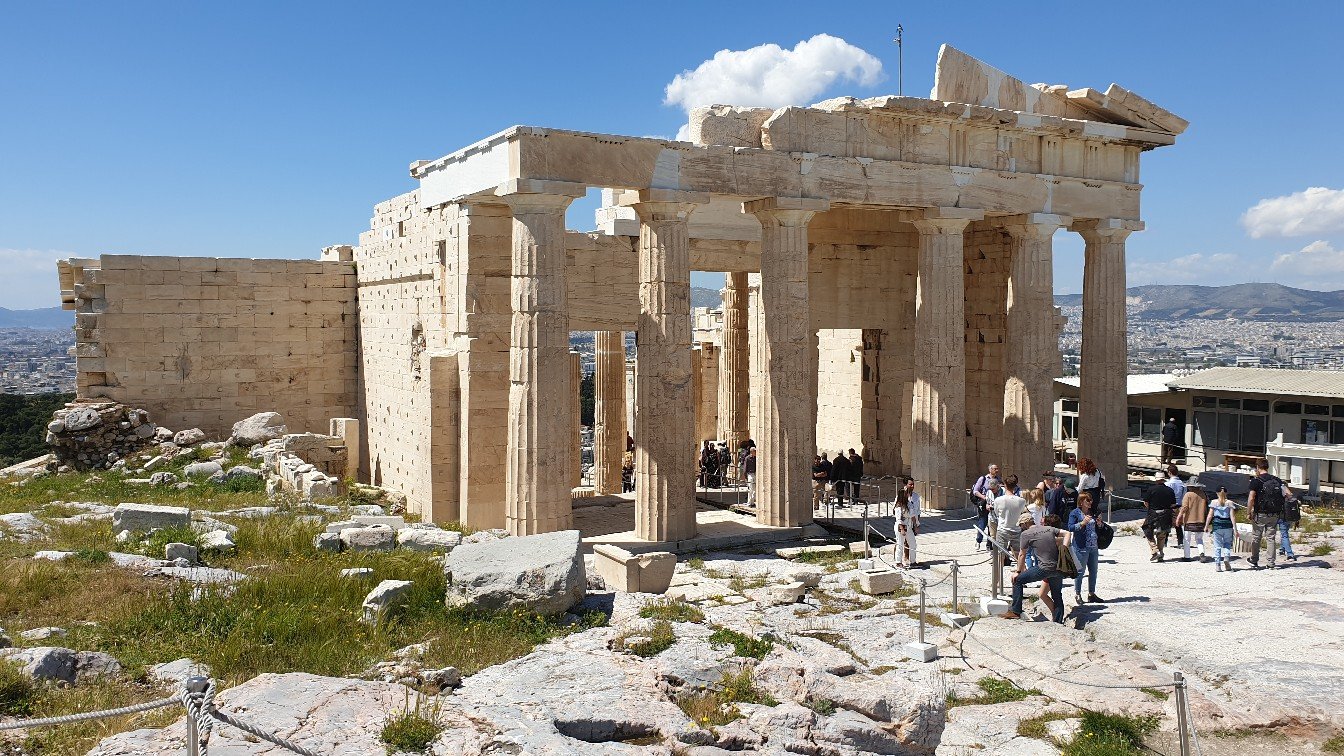