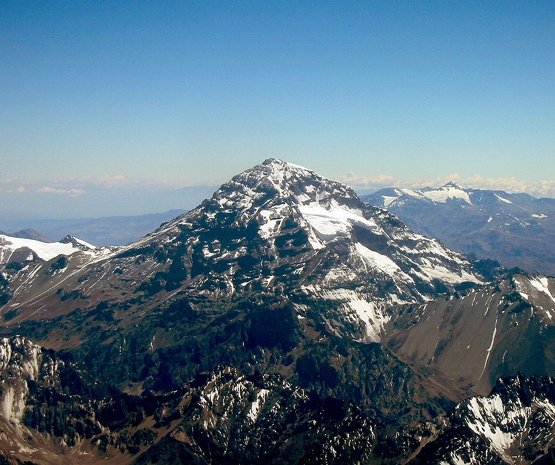 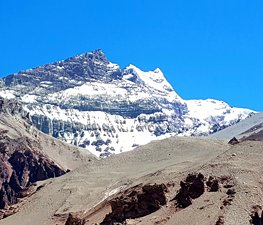 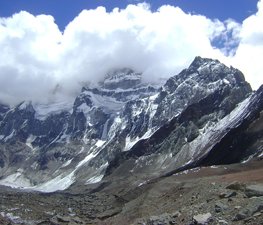 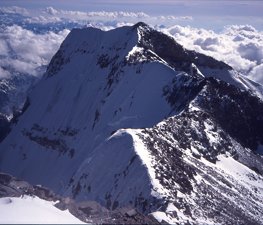 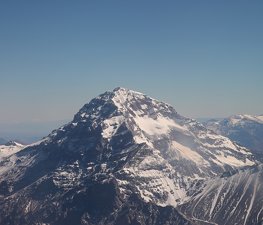 At Шаблон:Convert, Cerro Aconcagua is the highest mountain in the Americas, and the highest mountain outside Asia. It is located in the Andes mountain range, in the Argentine province of Mendoza. The summit is located about 5 kilometres from San Juan Province and 15 kilometres from the international border with Chile. It lies 112 km (70 mi) west by north of the city of Mendoza. Aconcagua is the highest peak in both the Western and Southern Hemispheres. It is one of the Seven Summits.

Aconcagua is bounded by the Valle de las Vacas to the north and east and the Valle de los Horcones Inferior to the West and South. The mountain and its surroundings are part of the Aconcagua Provincial Park. The mountain has a number of glaciers. The largest glacier is the Ventisquero Horcones Inferior at about 10km long which descends from the south face to about 3600m altitude near the Confluencia camp. Two other large glacier systems are the Ventisquero de las Vacas Sur and Glaciar Este/Ventisquero Relinchos system at about 5km long. However the most well-known is the north-eastern or Polish Glacier, a common route of ascent.

The mountain was created by the subduction of the Nazca Plate beneath the South American plate during the geologically recent Andean orogeny; however, it is not a volcano. The origin of the name is contested, it is either from the Arauca Aconca-Hue, which refers to the Aconcagua River and means 'comes from the other side',Шаблон:Fact the Quechua Ackon Cahuak, meaning 'Sentinel of Stone',Шаблон:Fact or Quechua Anco Cahuac, 'White Sentinel'.

In mountaineering terms, Aconcagua is technically an easy mountain if approached from the north, via the normal route. Although the effects of altitude are severe (atmospheric pressure is 40% of sea-level at the summit), the use of supplemental oxygen is not required. Altitude sickness will affect most climbers to some extent, depending on the degree of acclimatization.

The routes to the peak from the south and south-west ridges are more demanding and the south face climb is considered very difficult.

Before attempting the mountain climbers need to purchase a permit from the Aconcagua Provincial Park authority in Mendoza. Prices vary depending on the season.

The camp sites on the normal route are listed below (altitudes are approximate).

Summit attempts are usually made from a high camp at either Berlín or Colera, or from the lower camp at Nido de Cóndores. Practical hints and descriptions about different routes to the summit can be found on the Aconcagua mountaineering map, published 2006 by climbing map.

The first attempt on Aconcagua by a European was made in 1883 by a party led by the German geologist and explorer Paul Güssfeldt. Bribing porters with the story that there was treasure on the mountain, he approached the mountain via the Rio Volcan, making two attempts on the peak by the north-west ridge and reaching an altitude of Шаблон:Convert. The route that he prospected is now the normal route up the mountain.

The first recorded ascent was in 1897 on a British expedition led by Edward Fitzgerald. The summit was reached by the Swiss guide Matthias Zurbriggen on January 14 and by two other expedition members a few days later.

The youngest person to reach the summit of Aconcagua was Matthew Moniz of Boulder, Colorado. He was 10 years old when he reached the summit on December 16, 2008.

The mountain has a cameo in a 1942 Disney cartoon called Pedro. The cartoon stars an anthropomorphic small airplane named Pedro who is compelled to make an air mail run over the Andes and has a near-disastrous encounter with Aconcagua. The mountain (also anthropomorphic, and scary-looking), later appeared in an illustration used in a retelling of the story in a Disney anthology book.

Sunset on Aconcagua from BC — twiga269 ॐ FEMEN @ Flickr 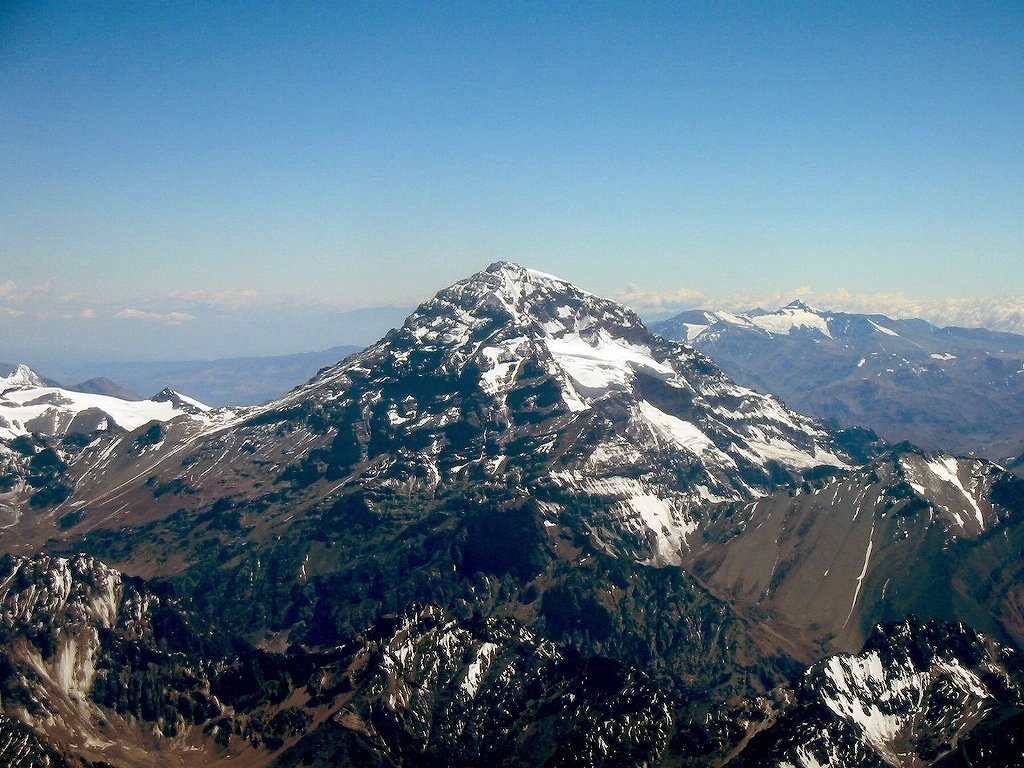 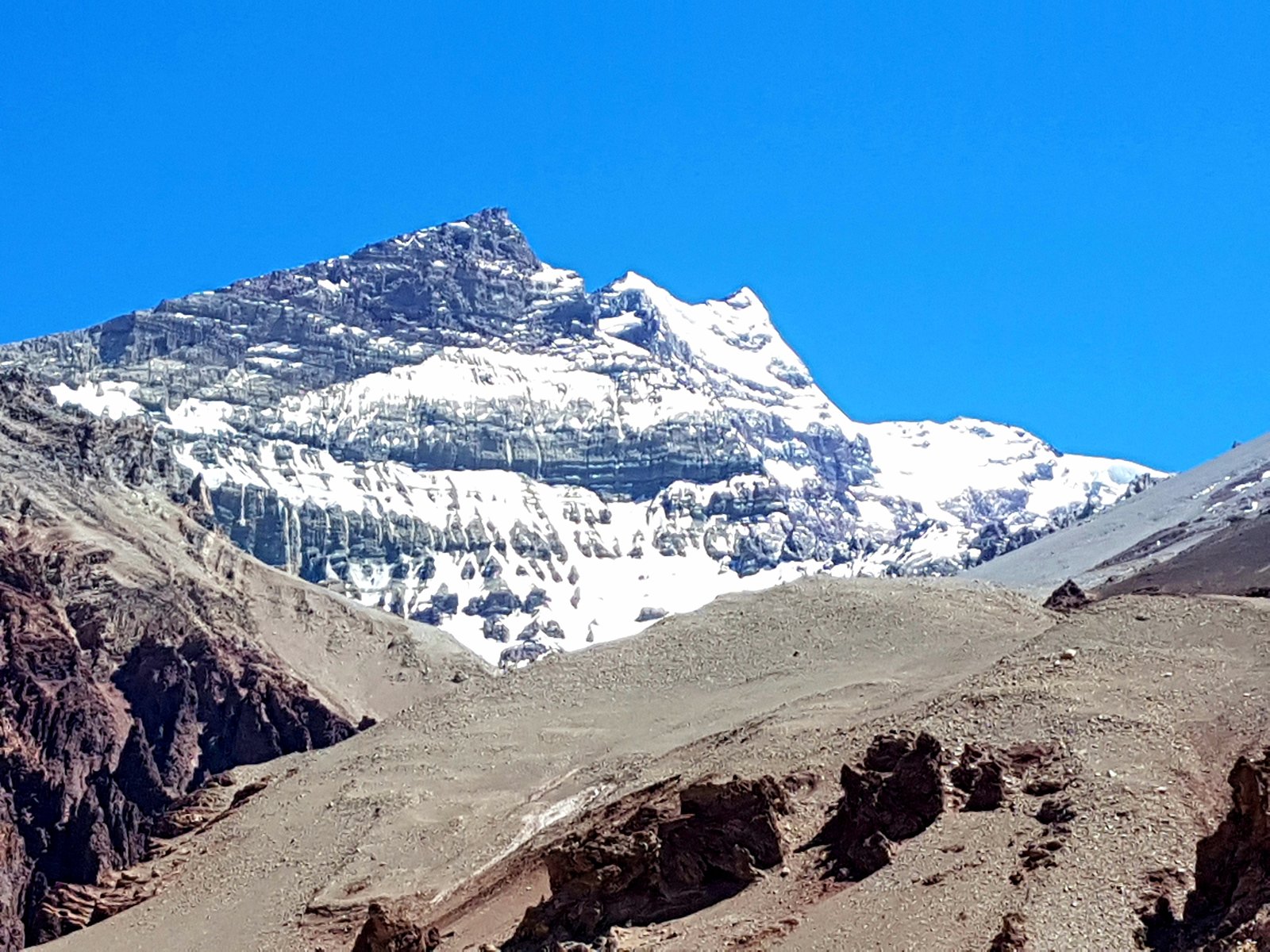 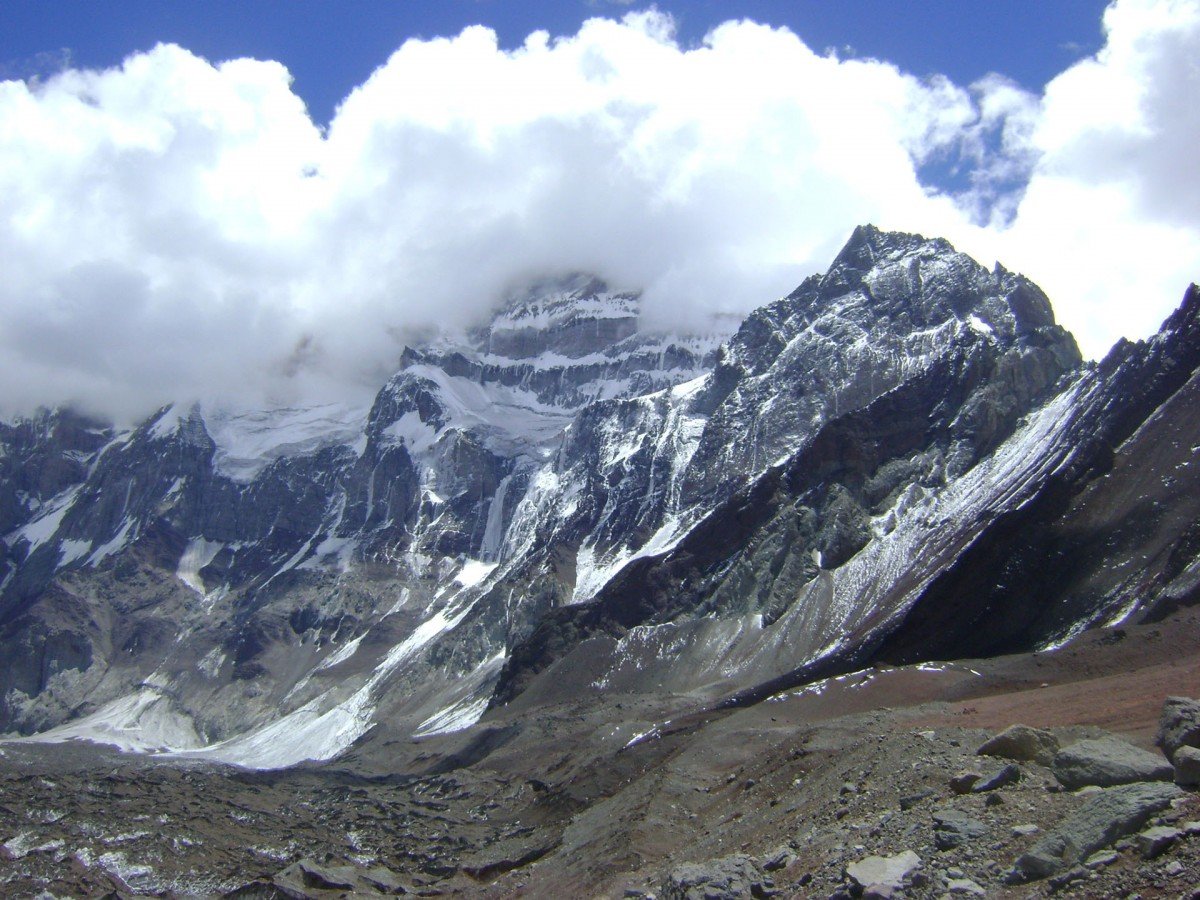 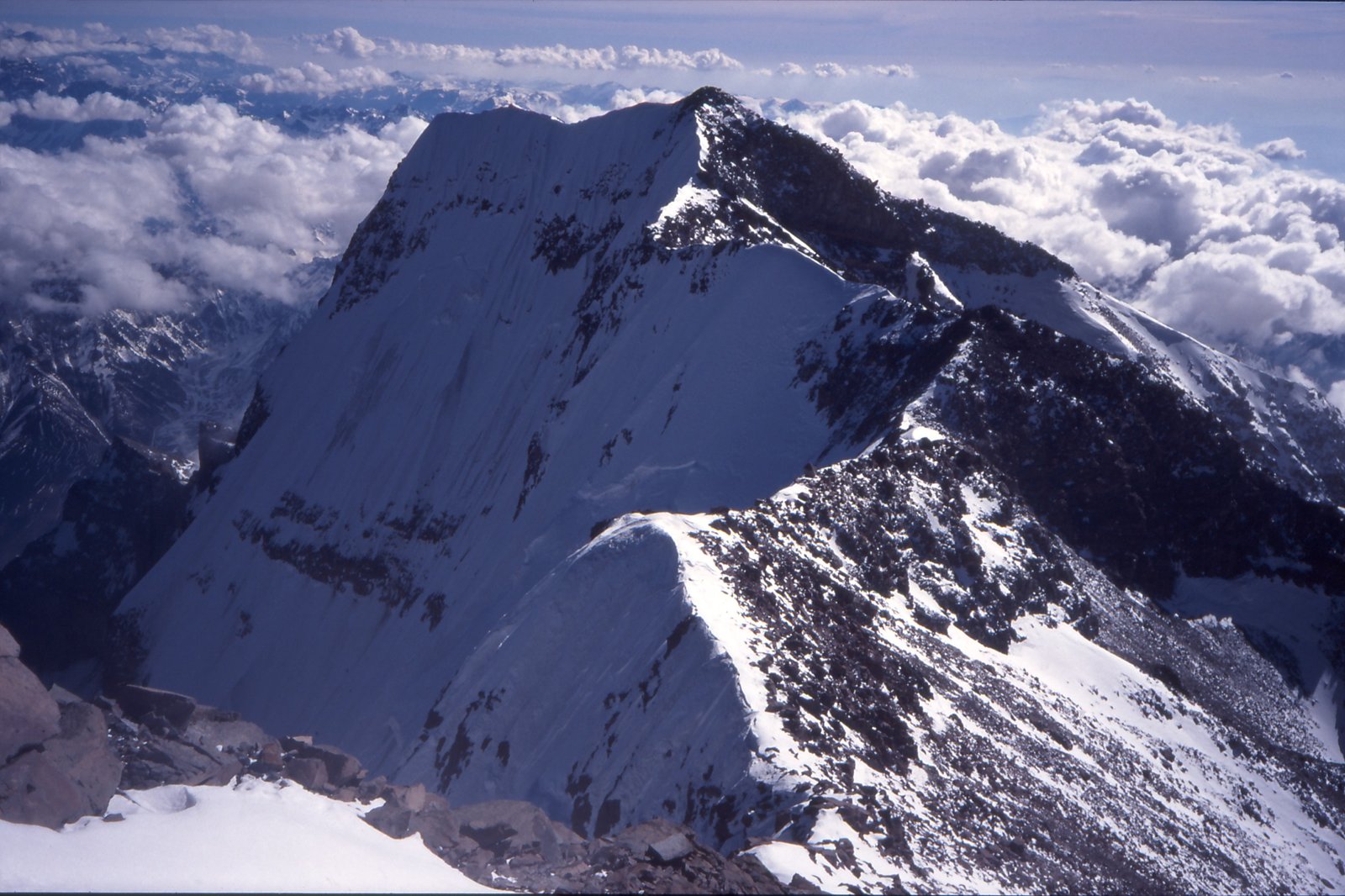 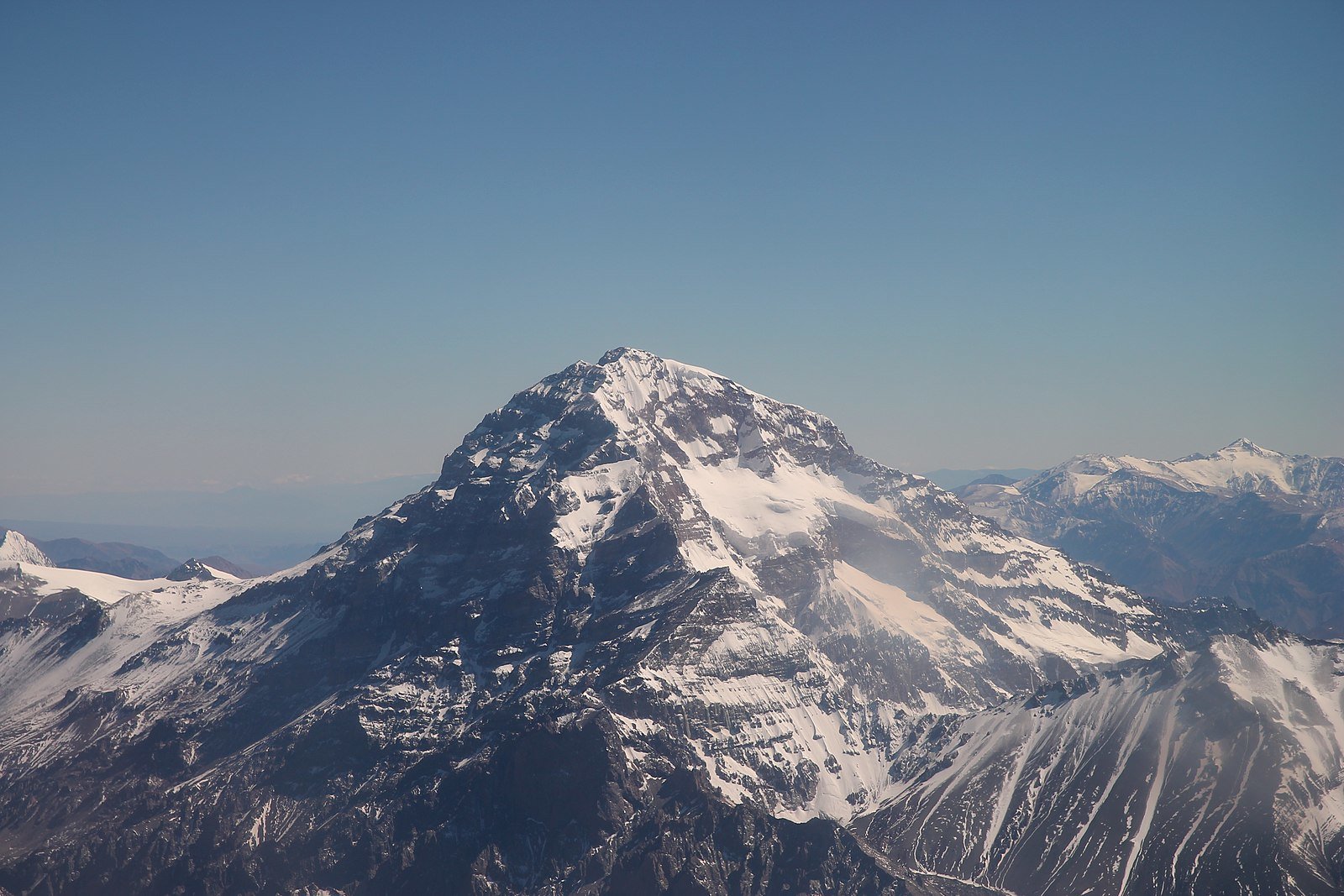 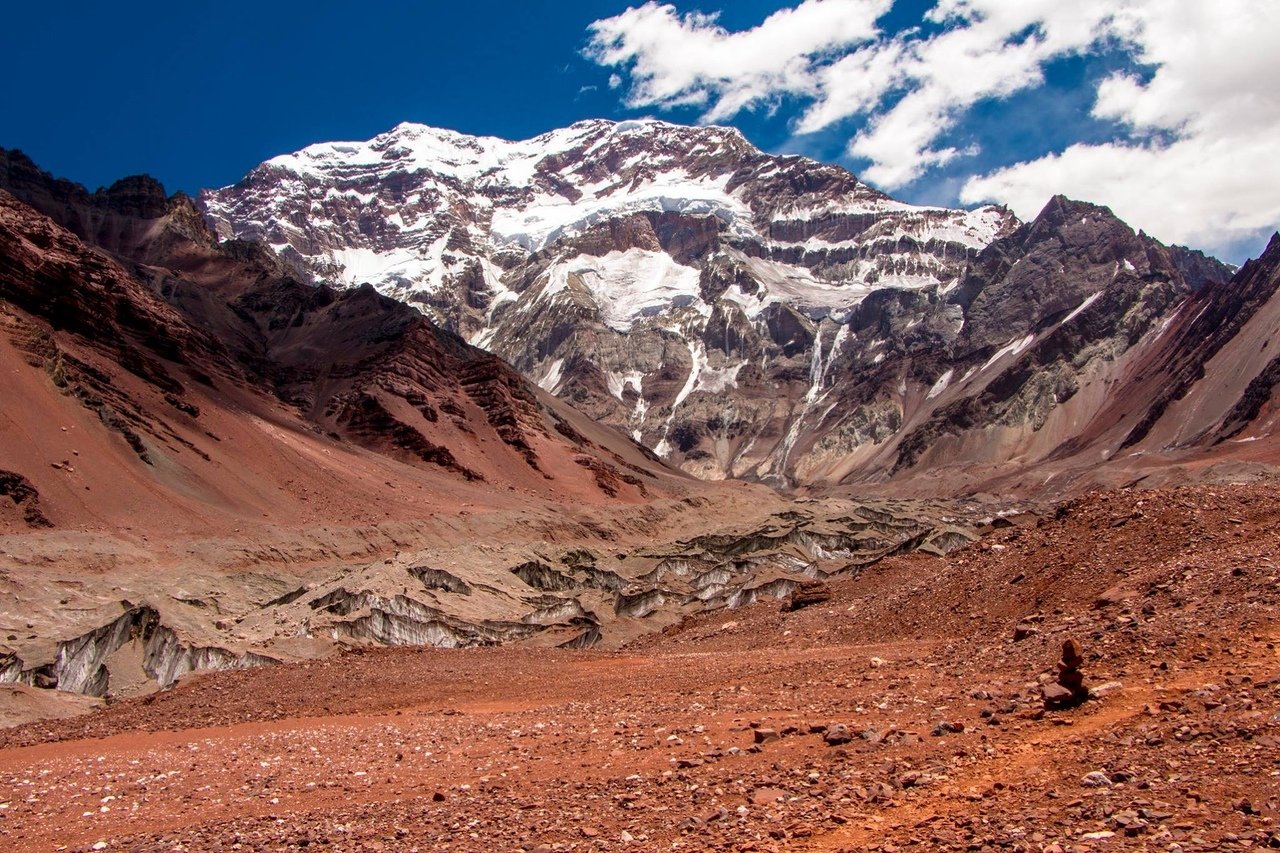 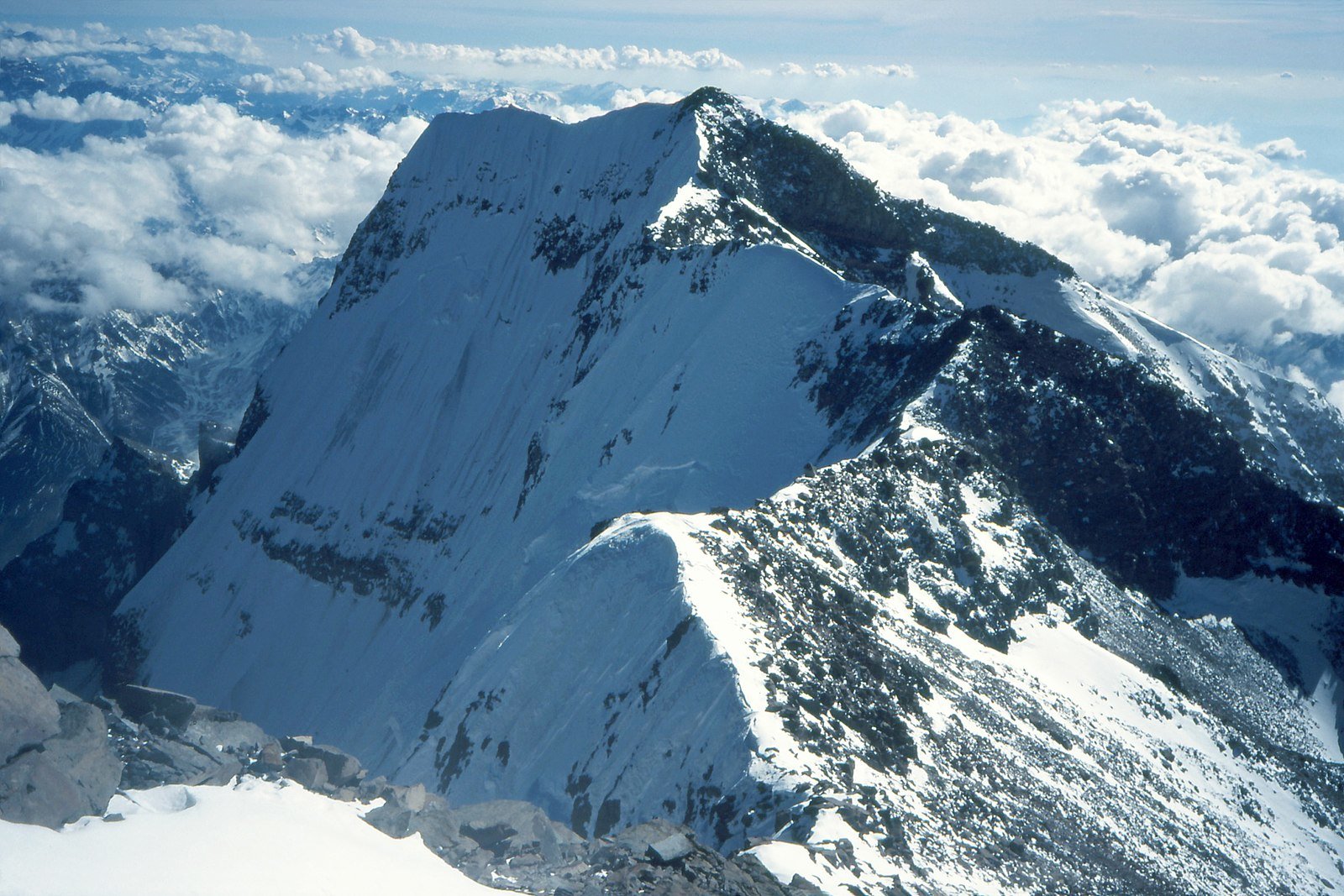 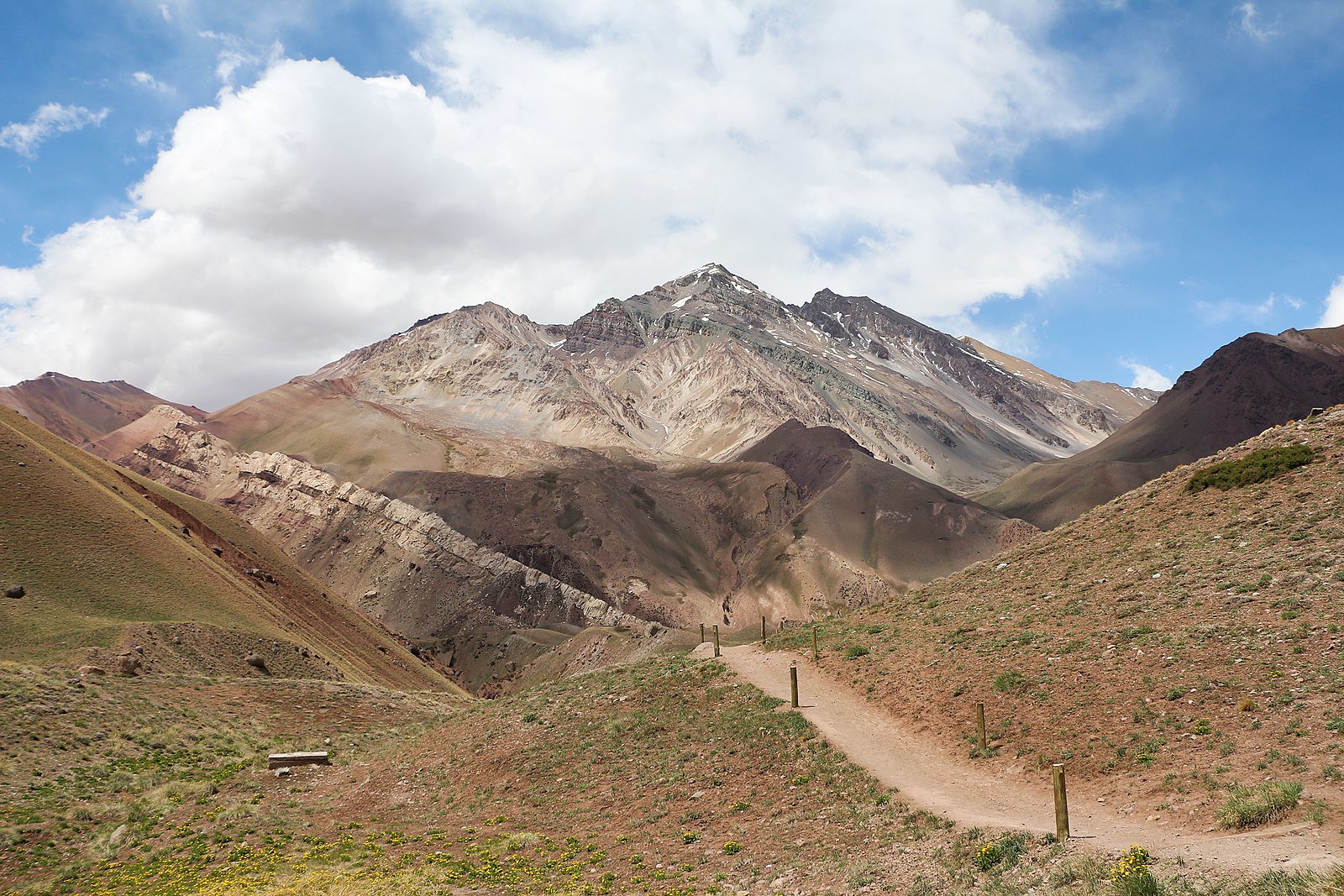 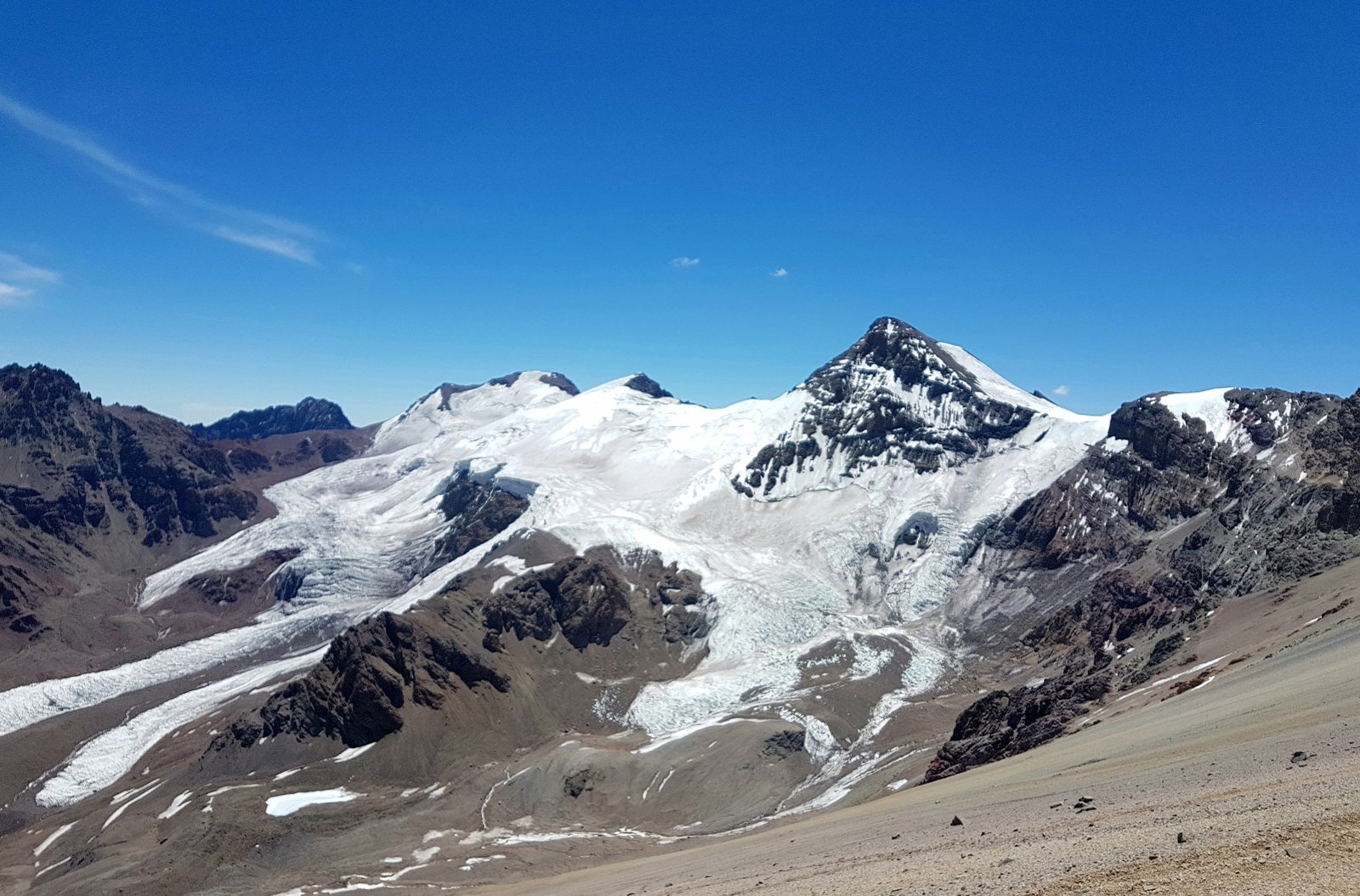 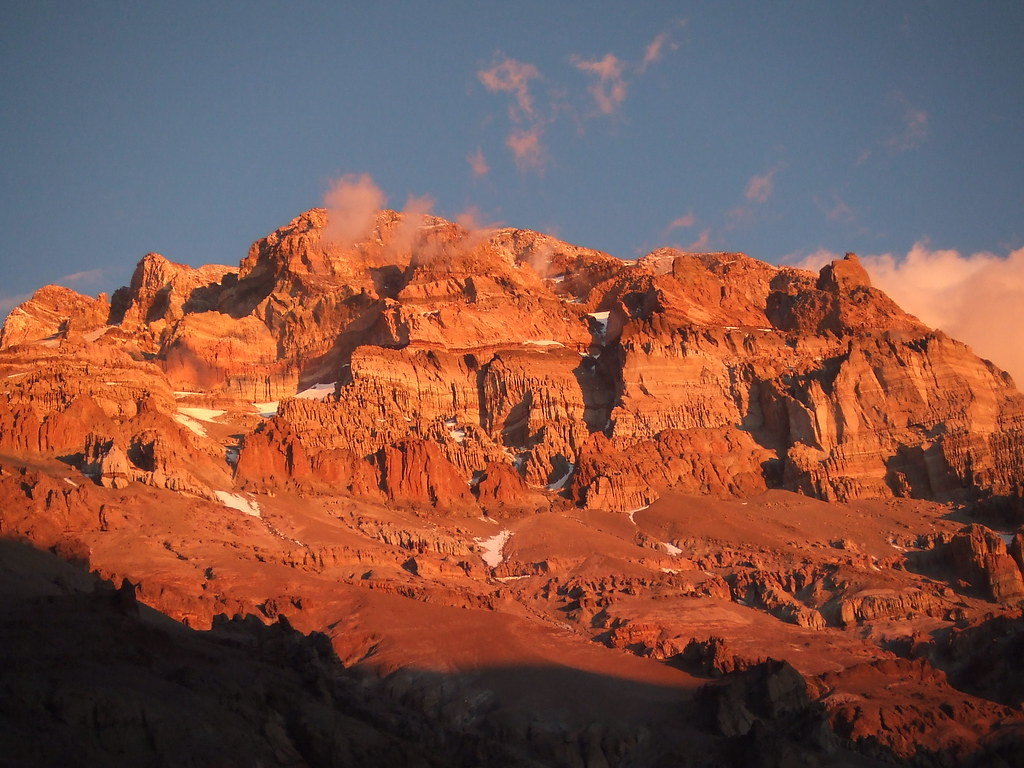 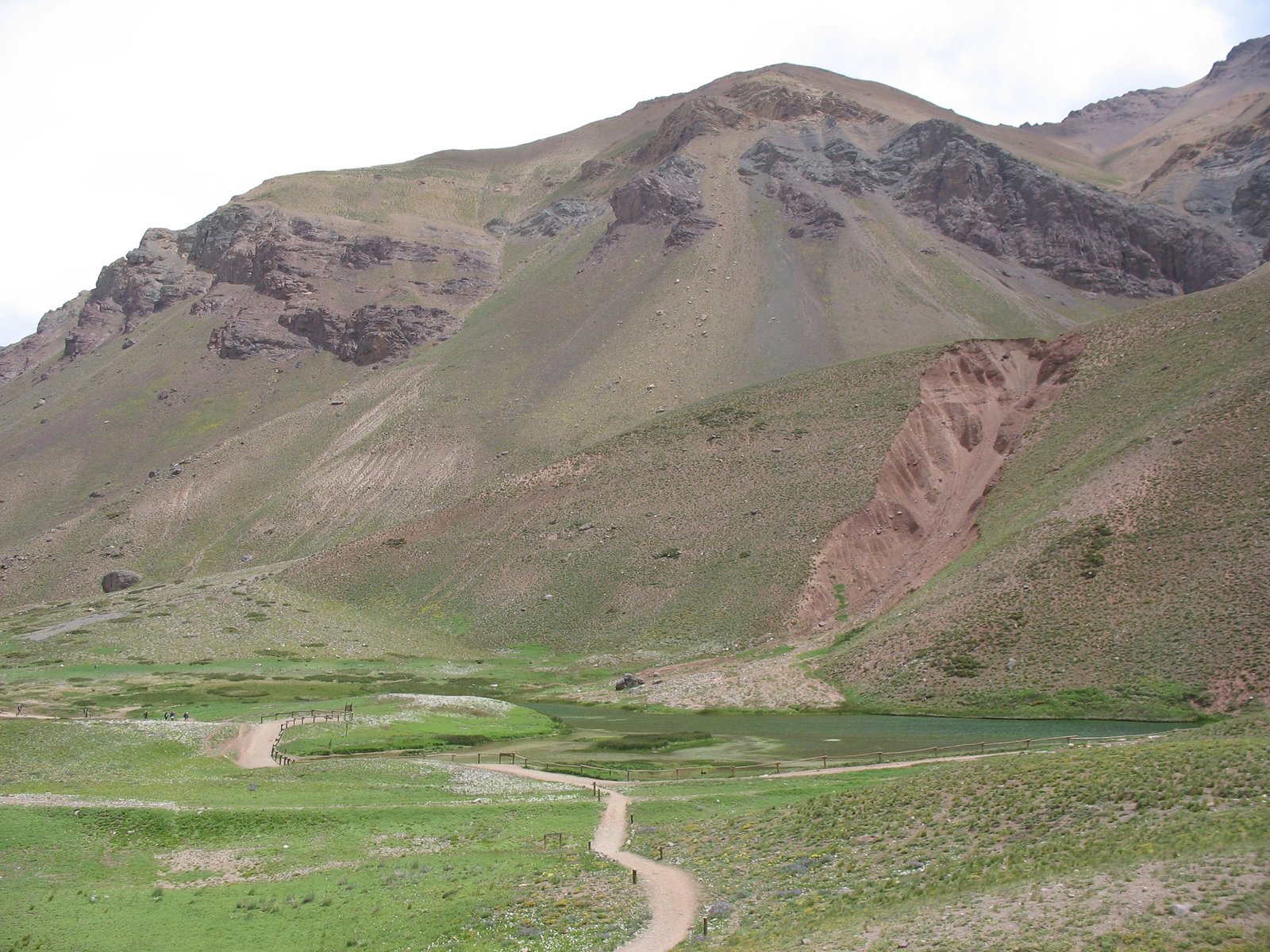 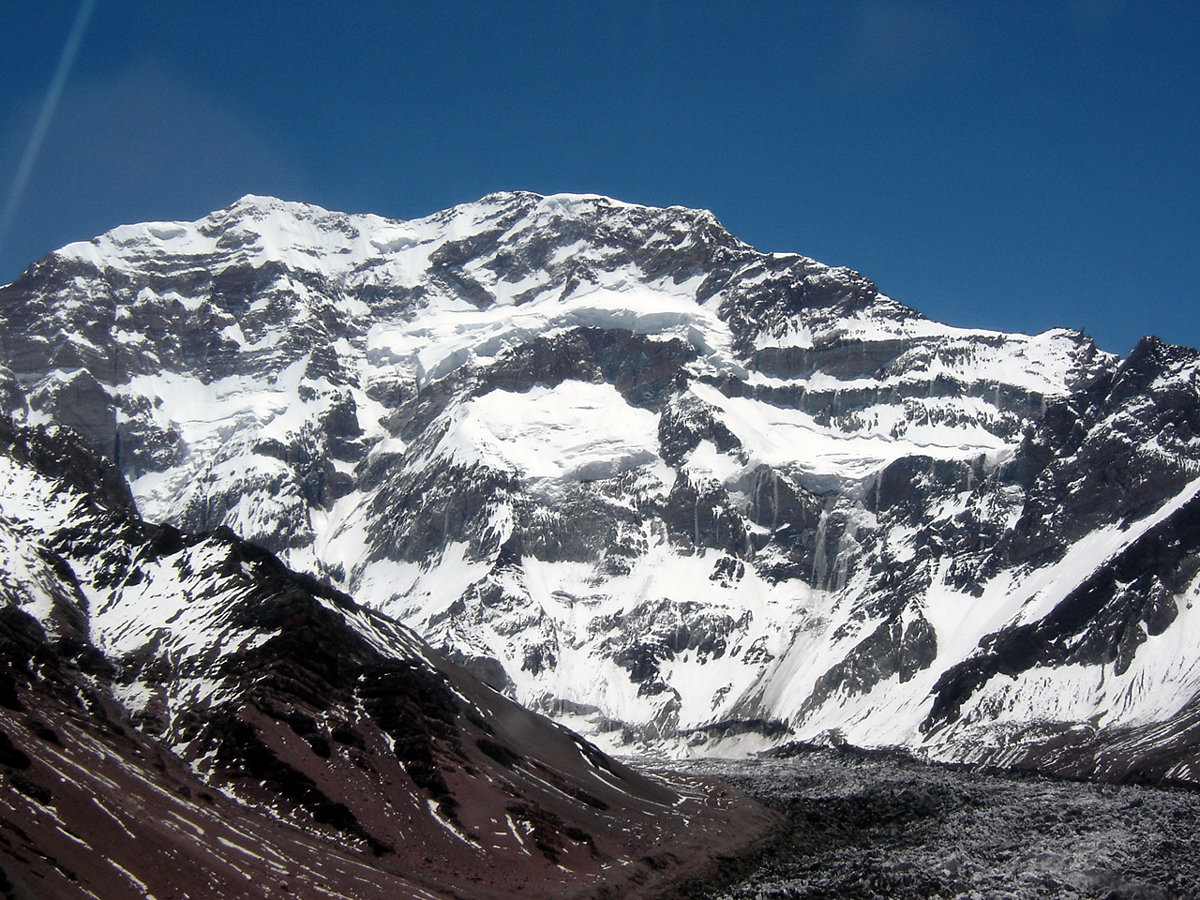 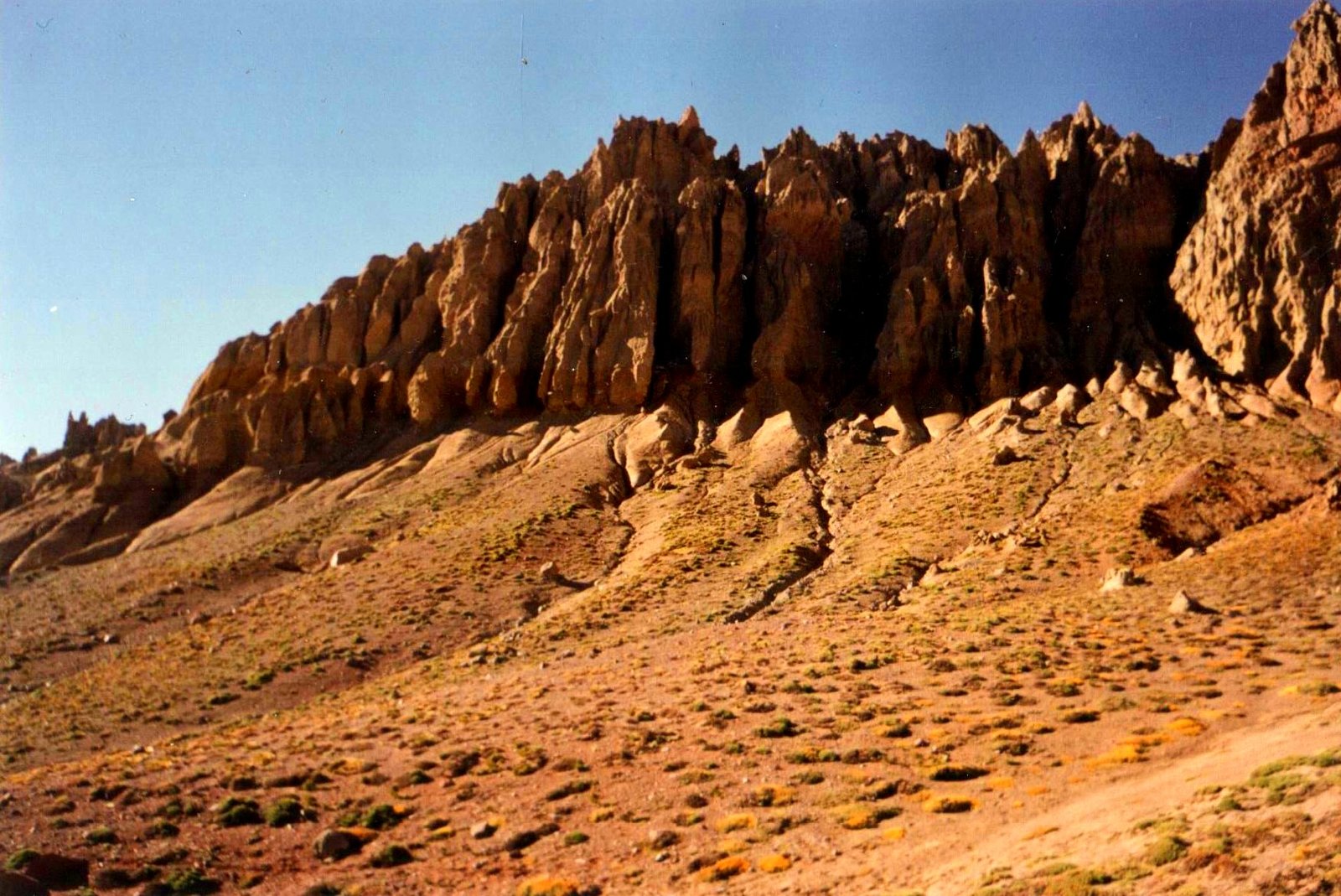 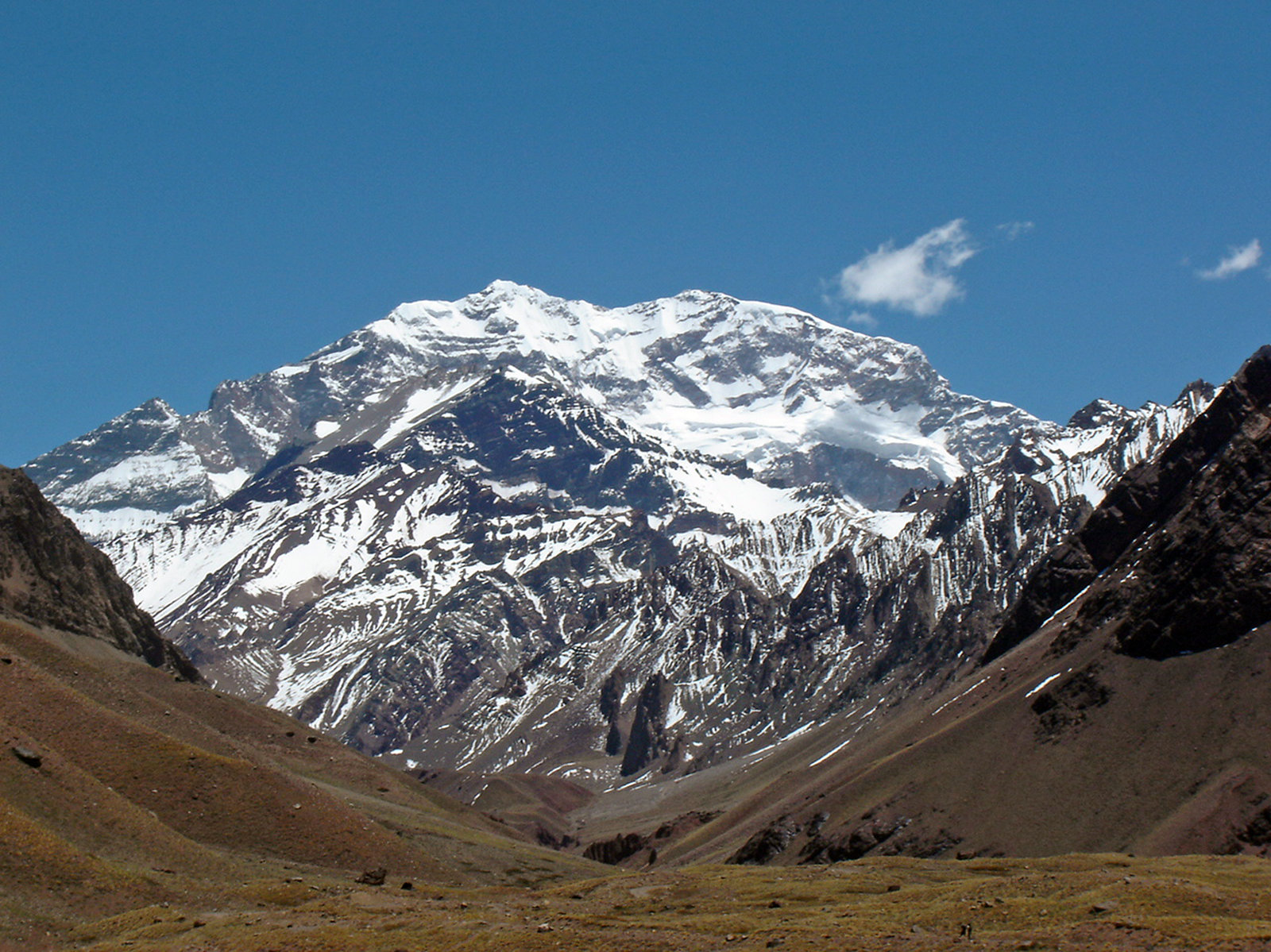 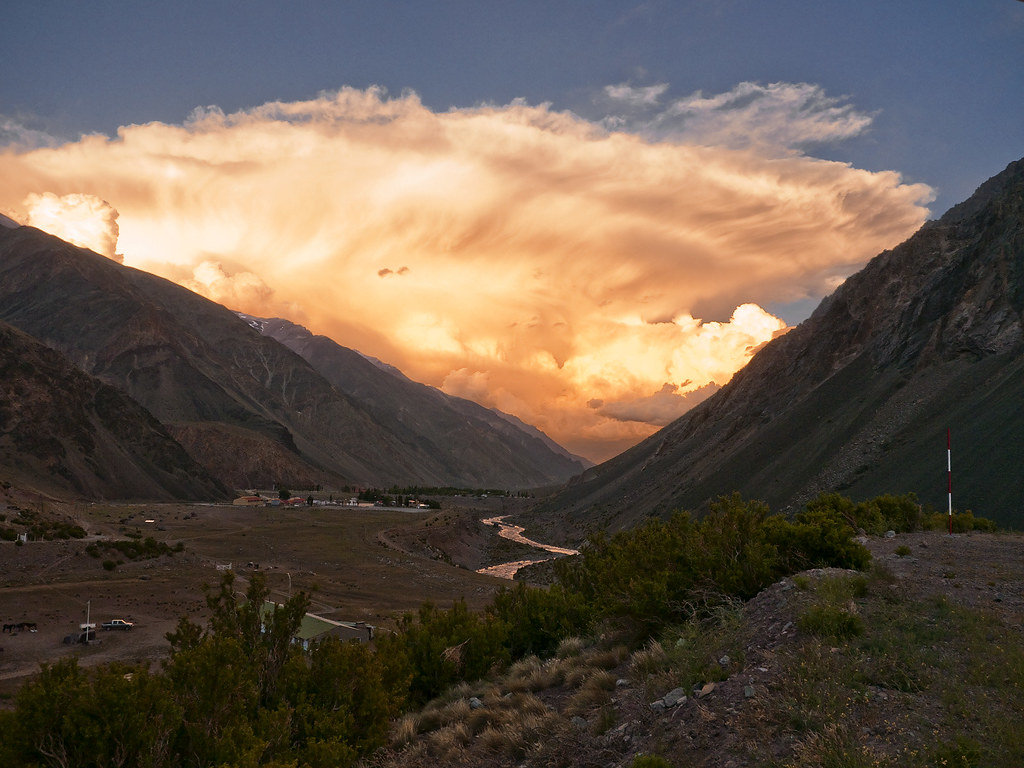 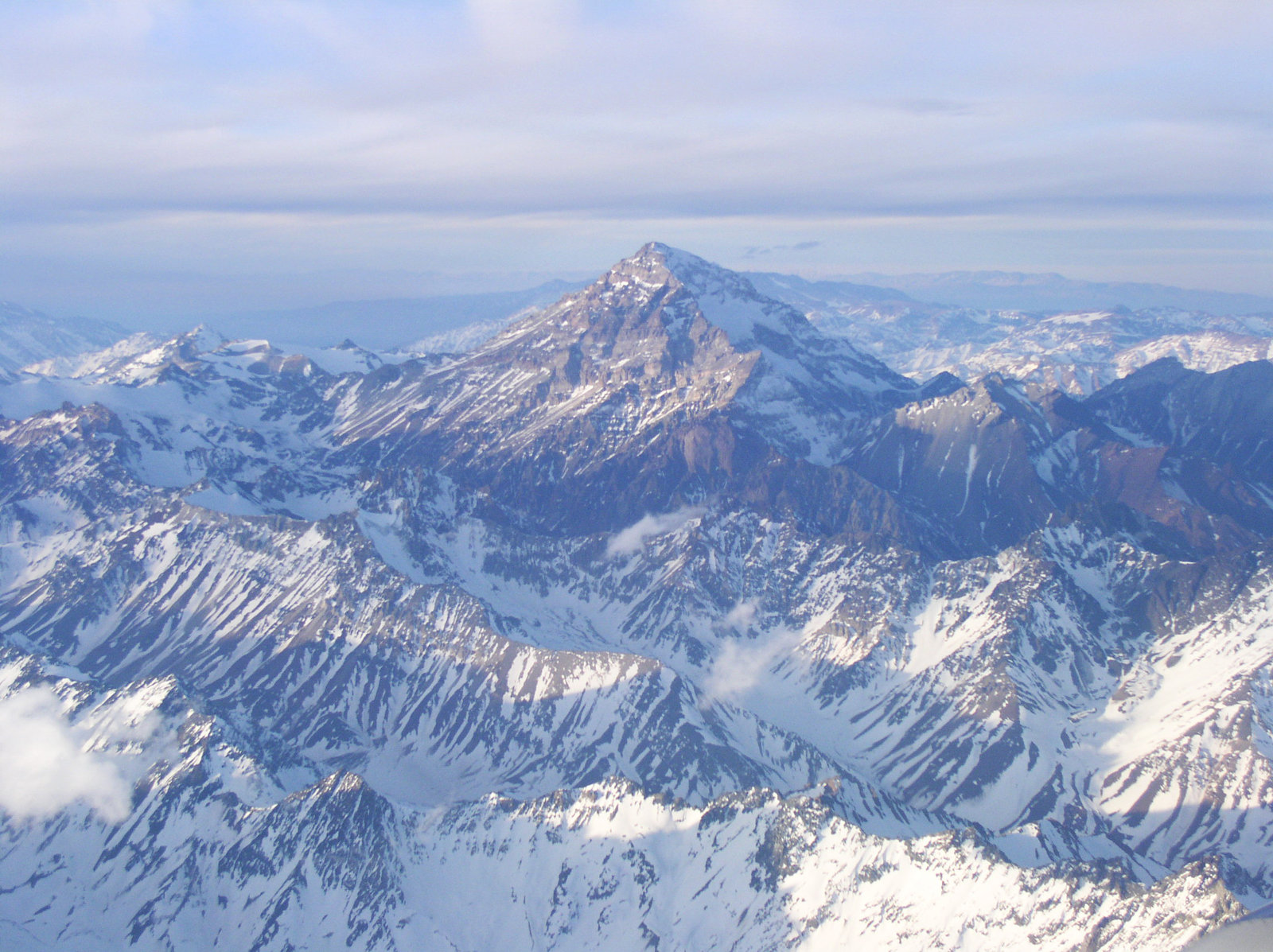 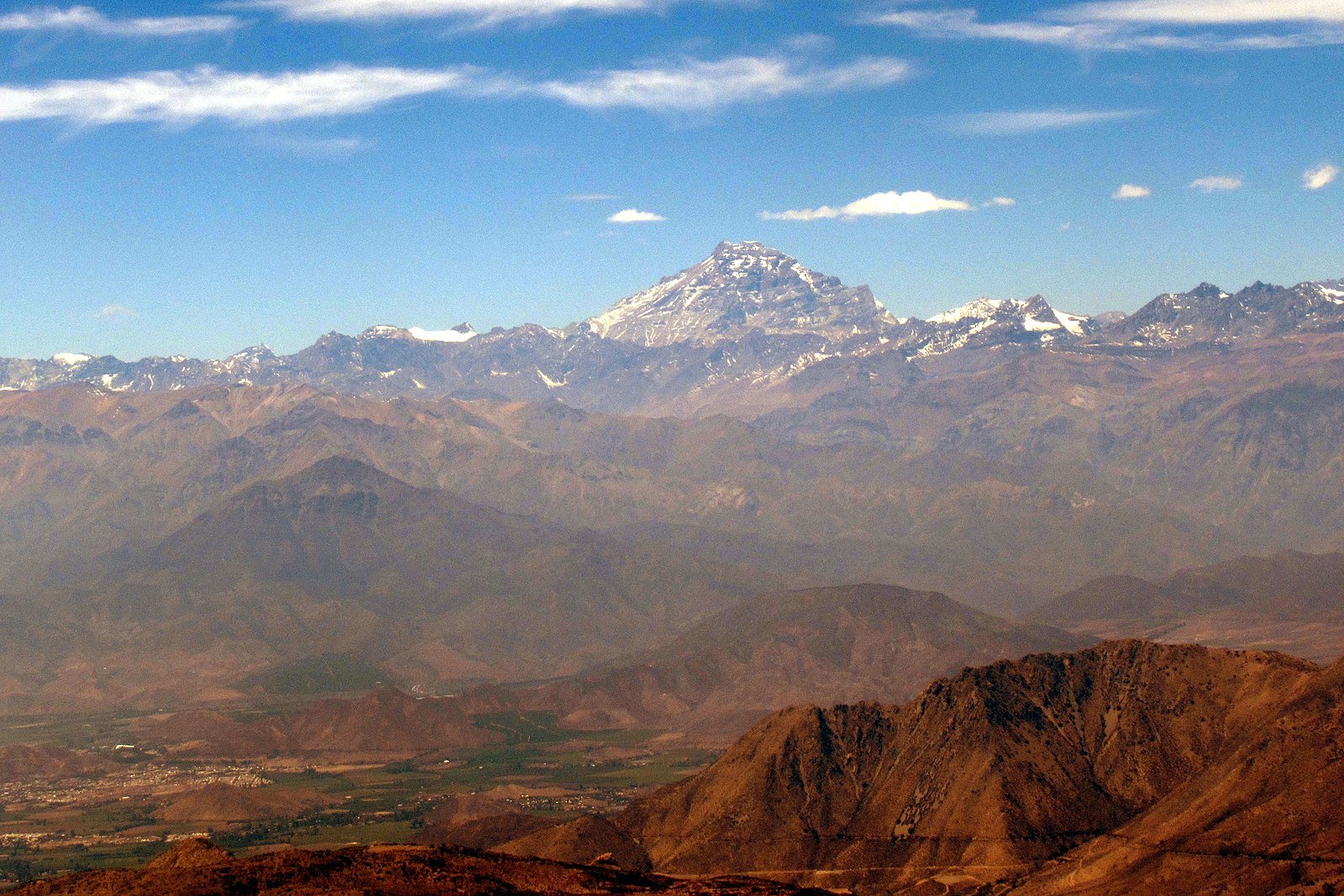 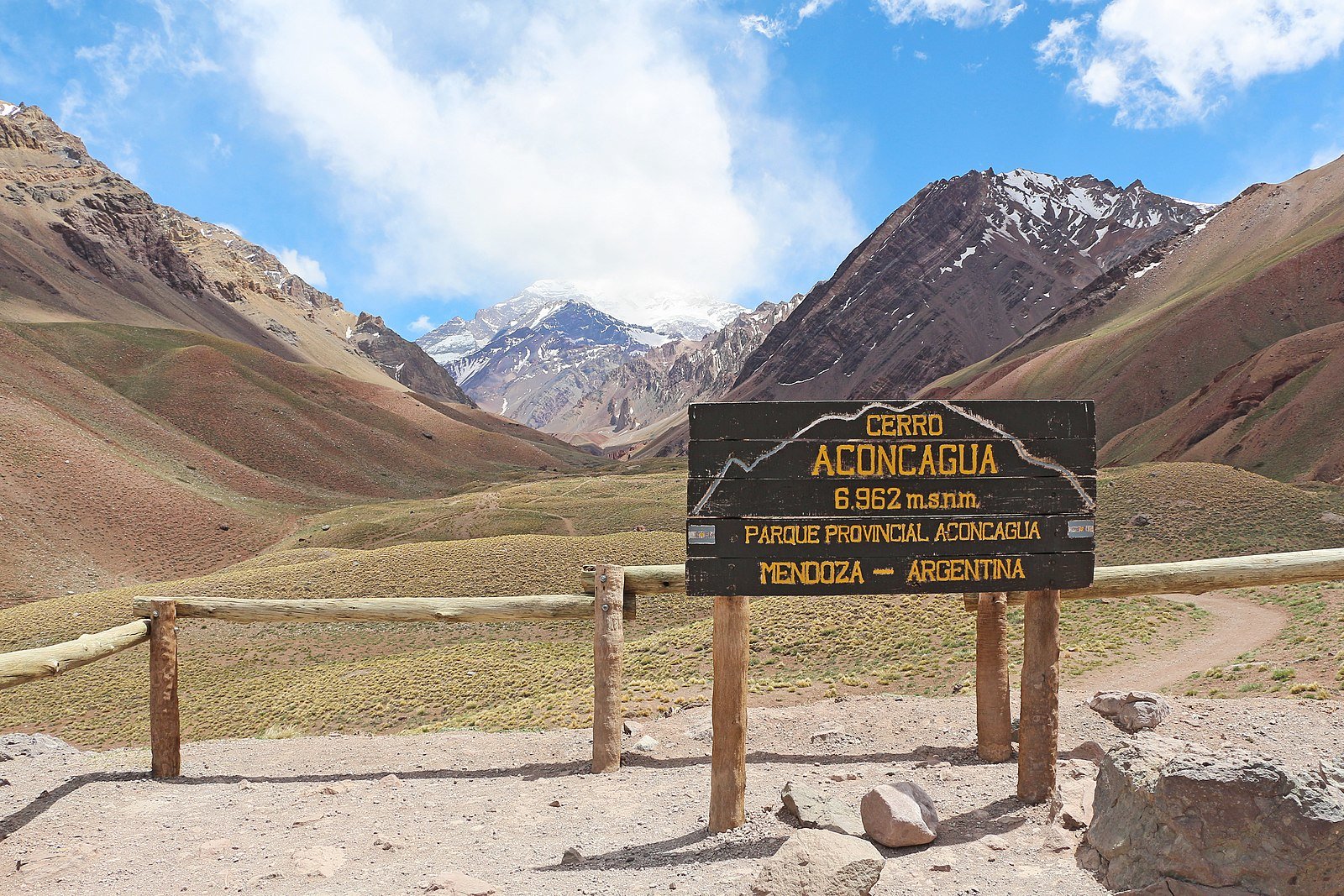 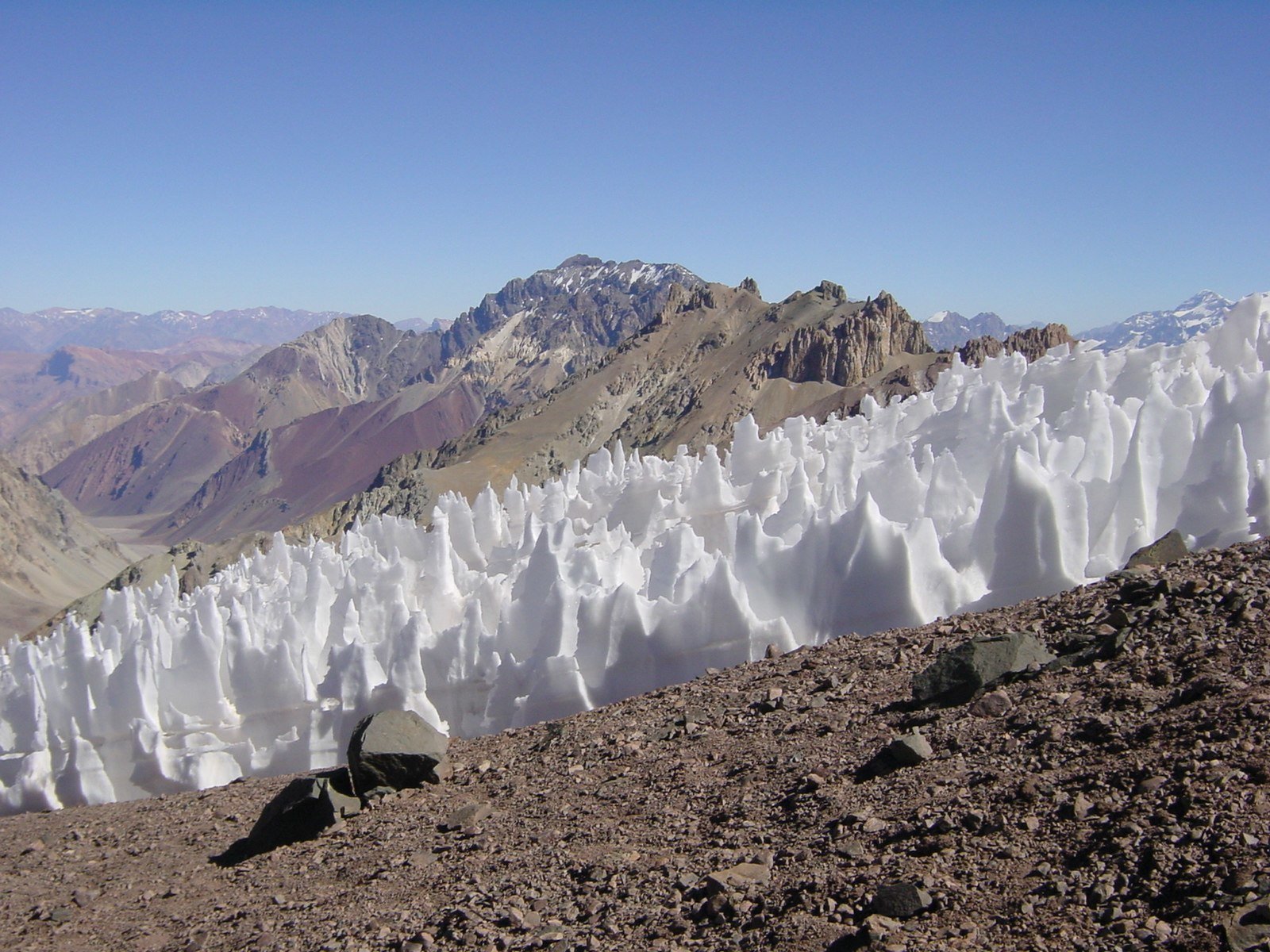 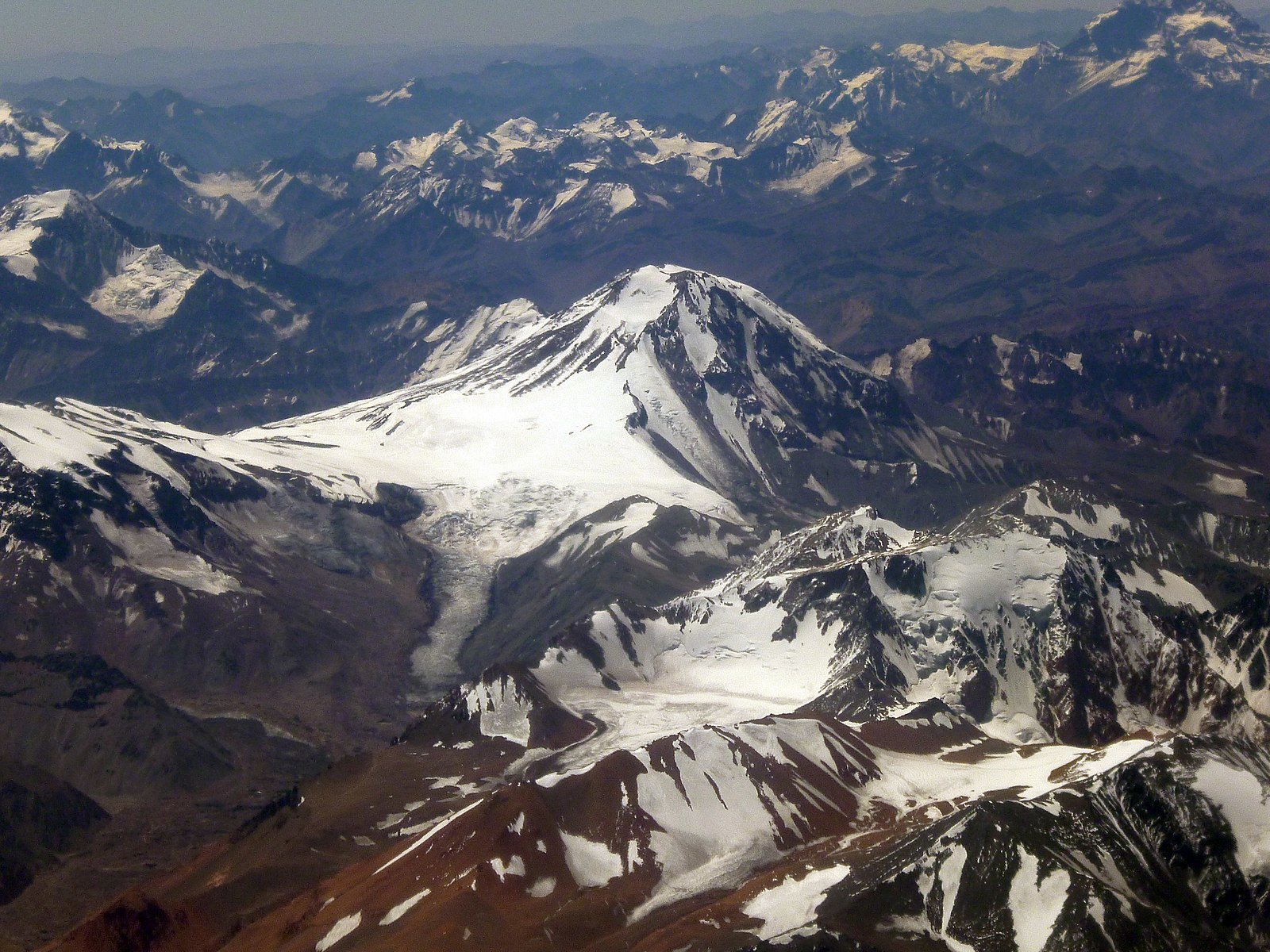