×
What are you looking for?
See all results
Mock castles in Glynneath 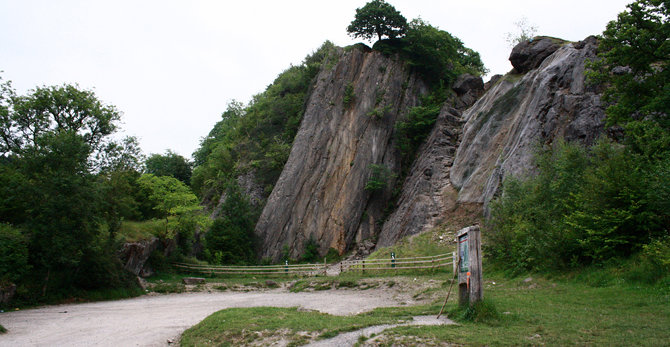 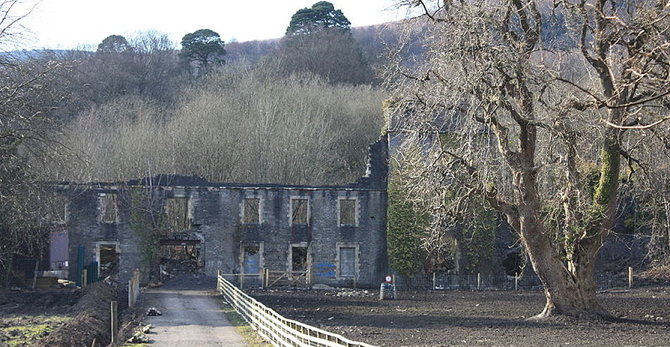 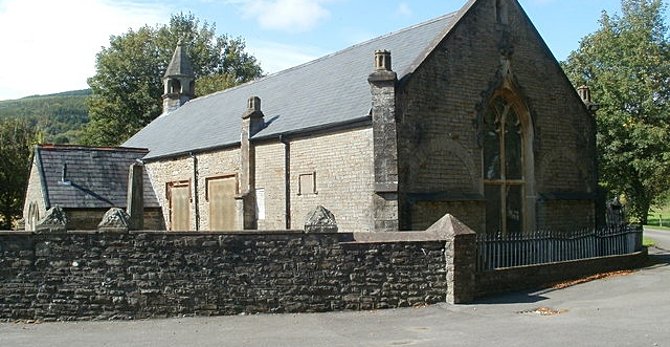 Aberpergwm House, now abandoned and ruinous, is located in Glynneath. Within the grounds of the house sits the church of St.Cadoc, which is possibly of late medieval origin.

The present house is a remodelling of an older house known as Neuadd Pergwm. The house came into the ownership of the Williamses of Blaen Baglan in around 1560. It is said that Oliver Cromwell was related, and so the house was saved from pillage during the English Civil War. The Williams family were one of the few Welsh gentry families to remain faithful to the Welsh language.

By 1850, the house was ‘playfully crenellated’ with a central pediment” In 1876, the house was remodelled by Morgan Stuart Williams, who later went on to restore St Donat's Castle This ‘overwhelmed’ the work of 1850, and included the addition of a new front range dominated by a ‘remarkable top heavy Elizabethan gallery across the whole front’ of 94 feet. The gallery was added in the spirit of the ancient Glamorgan halls, such as Llantrithyd Place. A further castellated wing was added along the hill. In 1868, Williams had rejected earlier plans by John Norton for a new house in Gothic style with a tower. Williams, by rejecting Norton’s Victorian High Gothic appeared to be playing safe. An elaborate central door surround (now missing)could be a seventeenth century Jacobean survival, or may be a convincing replica. The house is built of Pennant Sandstone with Bath stone dressings.

Later use and fire

The former East Anglian School at Gorleston-on-Sea was evacuated to the house during the summer of 1940 and for the rest of the Second World War the house was used as a school. After the War it was leased to the National Coal Board and used as offices; the surrounding park land was mined for coal. At some time the house finally suffered a disastrous fire, and was not rebuilt. The Elizabethan gallery on the third storey has since collapsed leaving a seven-bay front of two storeys, with a small part surviving of the third. Some of the medieval tracery from the original house has since been reincorporated into Penhow Castle.

In the fifteenth century, Aberpergwm House was the home of Rhys ap Siancyn and his descendants, the most prominent of the poets’ patrons in Glamorgan during the period. Dafydd Nicolas, a Williams family descendant, was among the last of the Welsh household bards and the folksong collector Maria Jane Williams was a member of the family. The Williams family motto: 'A ddioddefws a orfu' ('He who suffers triumphs', in English) became the motto of Glamorgan County Council.

The house is listed Grade II by Cadw and, despite its current ruinous state, is considered by local people to be an important heritage asset that should be preserved and repaired.

Tips & Hints
Arrange By:
Popular first New first
There are no tips nor hints for Aberpergwm House yet. Maybe be you will be the first one to post useful information for fellow travellers? :)

The Afon Hepste is a river in Powys, Wales and wholly within the

The Aberdulais Falls are found on the River Dulais at Aberdulais, near

Neath Castle is a Norman castle located in the town centre of Neath,

Oxwich Castle occupies a position on a wooded headland overlooking 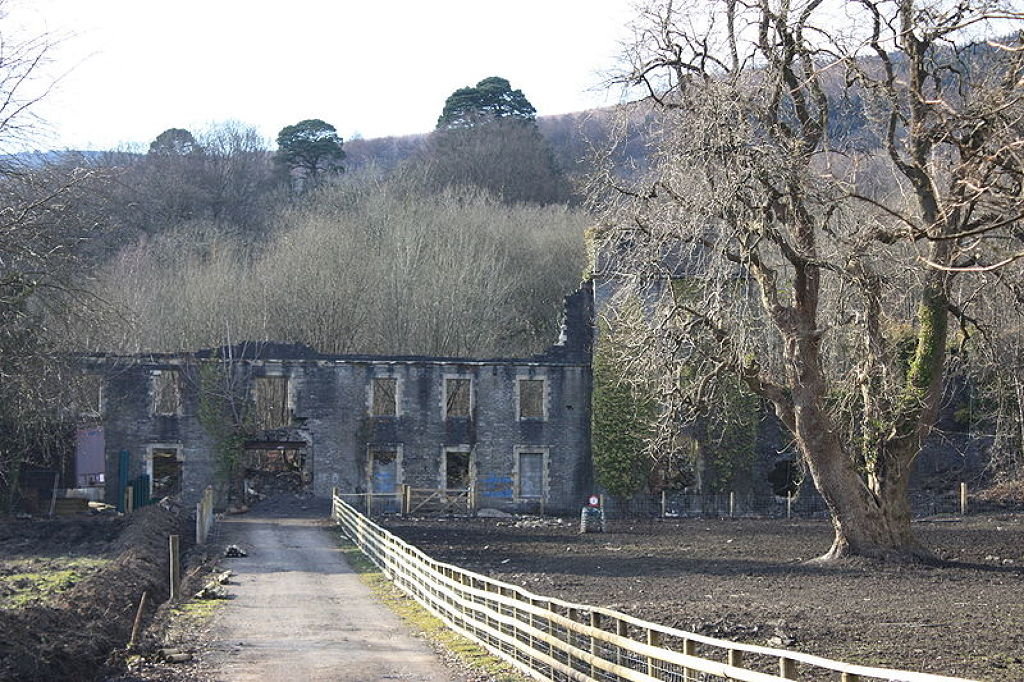 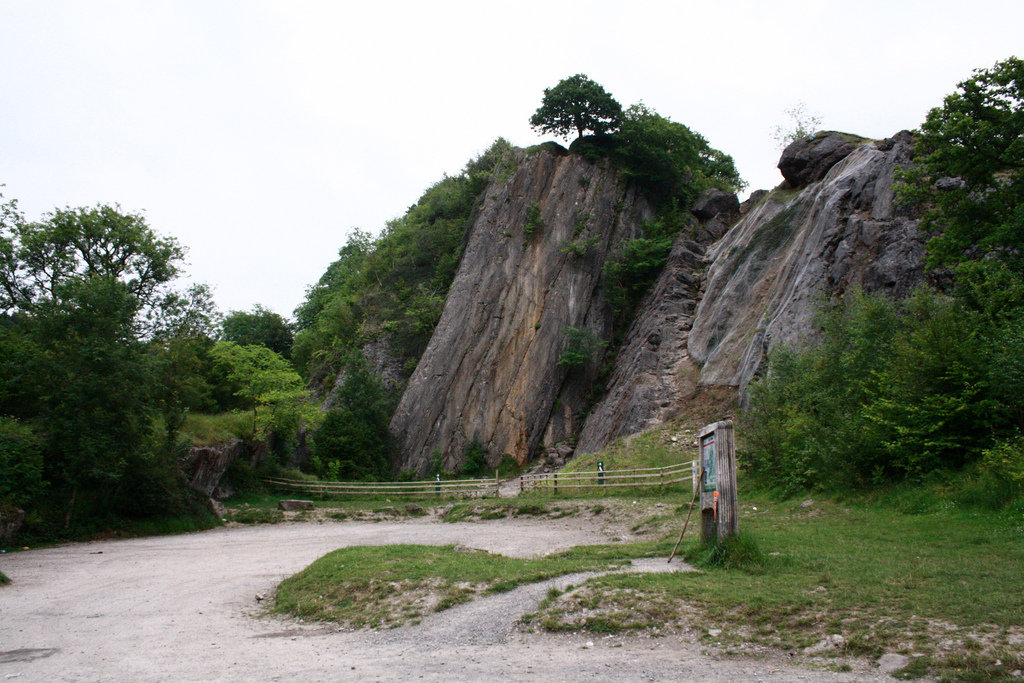 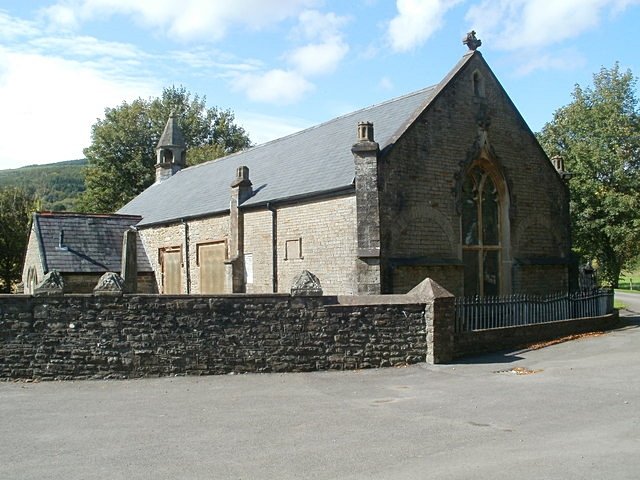 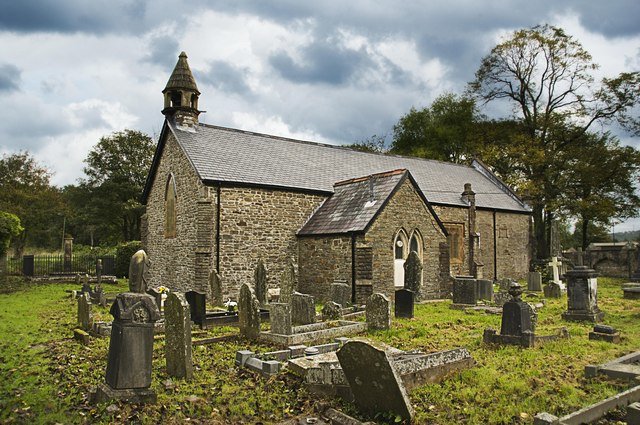 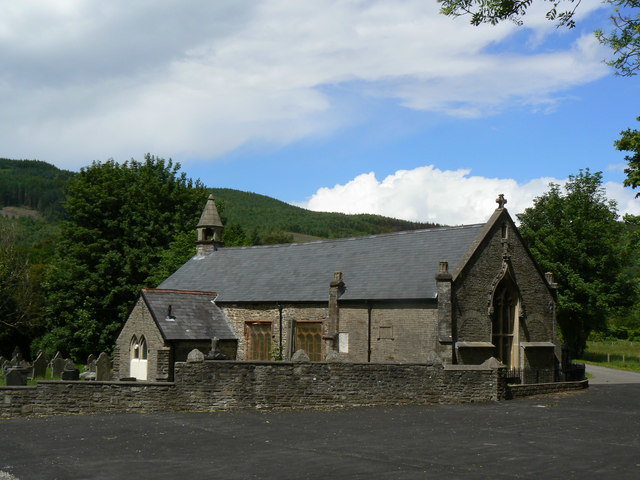