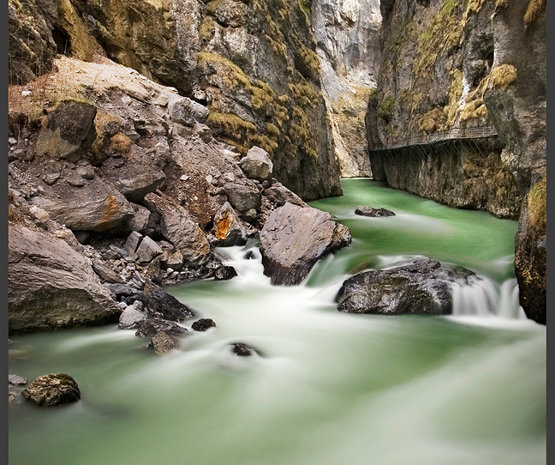 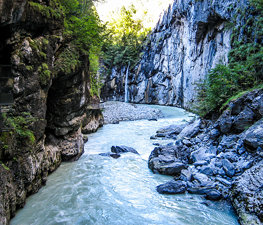 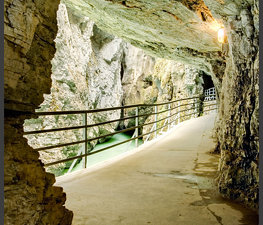 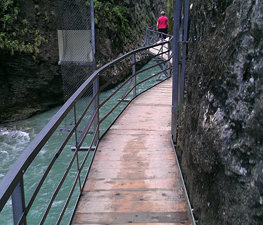 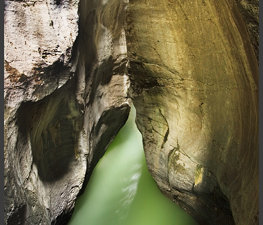 The Aar Gorge (Deutsch. Aareschlucht) is a section of the river Aar that carves through a limestone ridge near the town of Meiringen. The gorge is an indirect product of glaciation; 10,000 years ago, just as the Ice Age was coming to an end, torrential runoff water from melting glaciers eroded a deep, narrow chasm through the limestone barrier. Although barely one mile long, this passage is bordered by sheer cliffs up to 165 feet (50 m) high on either side. At the bottom of this steep drop the river is only a few metres wide.

The gorge has been opened to the public since 1889, by building walking paths along the Gorge. Before then, the only way was to go through the dangerous river torrent, which provided fables by travellers, who claimed to see large snakes and monsters. Since then, the gorge is a popular tourist attraction for many visitors who like natural beauty and are attracted by the nearby Reichenbach Falls, which Sir Arthur Conan Doyle selected as the proper set for Sherlock Holmes' murder by Professor Moriarty.

The paths through the gorge are linked to two stations on the Meiringen-Innertkirchen railway. At the western end of the gorge is Aareschlucht West station, whilst the underground Aareschlucht Ost station links opens directly through a door into the gorge.

Simon Wüthrich
Very impressive natural monument! Definitely worth a visit. It'll take you about 90 minutes to walk through it both ways.

purplefiles
Go there just before the sunset on the summer day when they have artificial illumination (Thursday-Saturday usually)! Amazing place anytime though!

johnlemon
Great scenery. The trail is short and easy.

The Wetterhorn (3,692 m) is a mountain in the Swiss Alps close to the

The Stein Glacier (German: Steingletscher) is a 4 km long glacier

Colorado National Monument (locally referred to as The Monument) is a

The Partnach Gorge (German: Partnachklamm) is a deep gorge that has 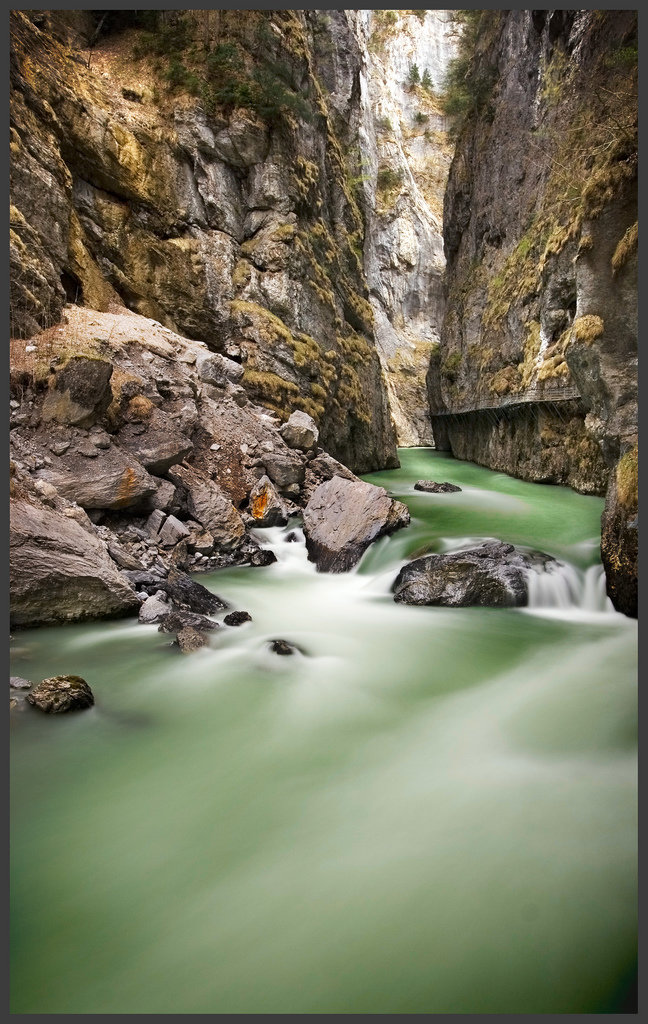 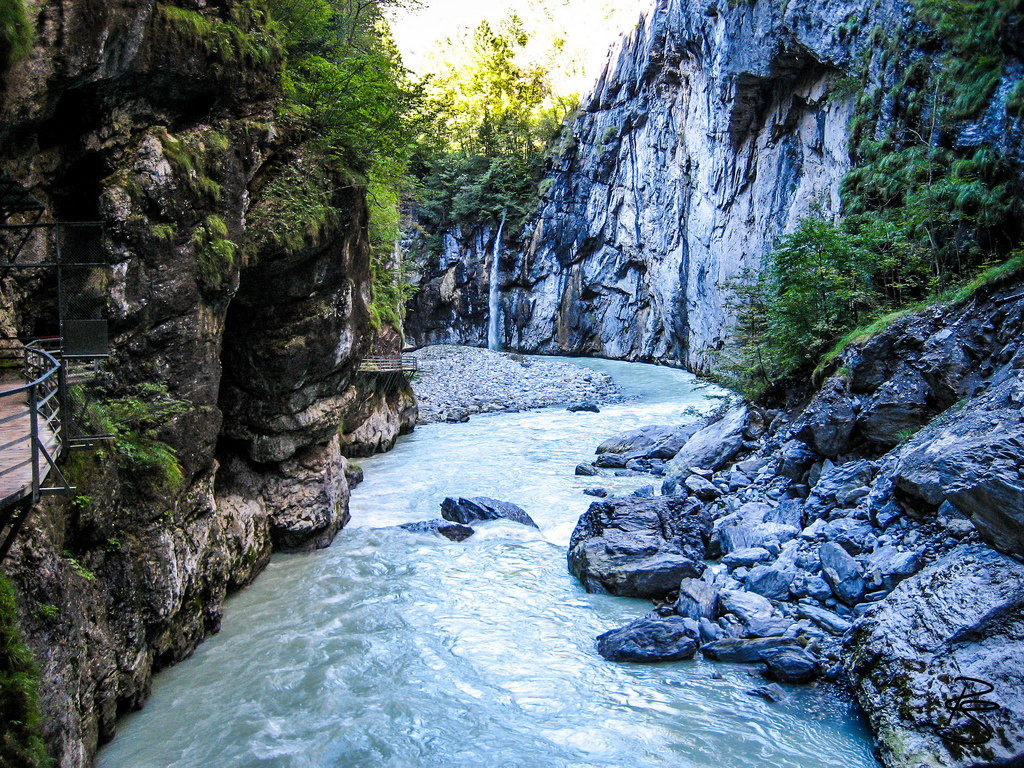 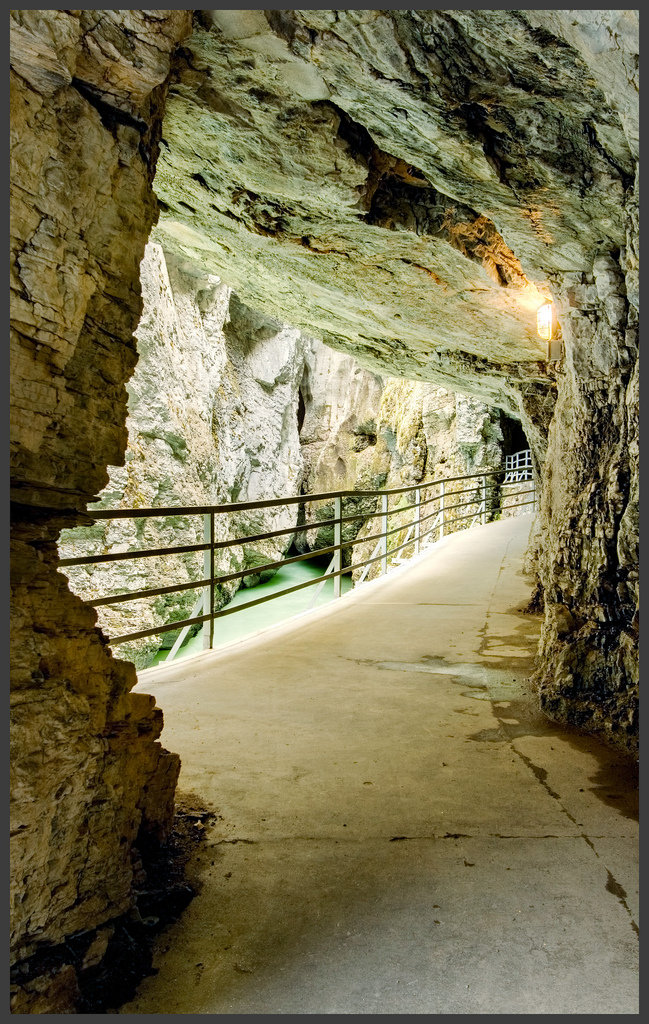 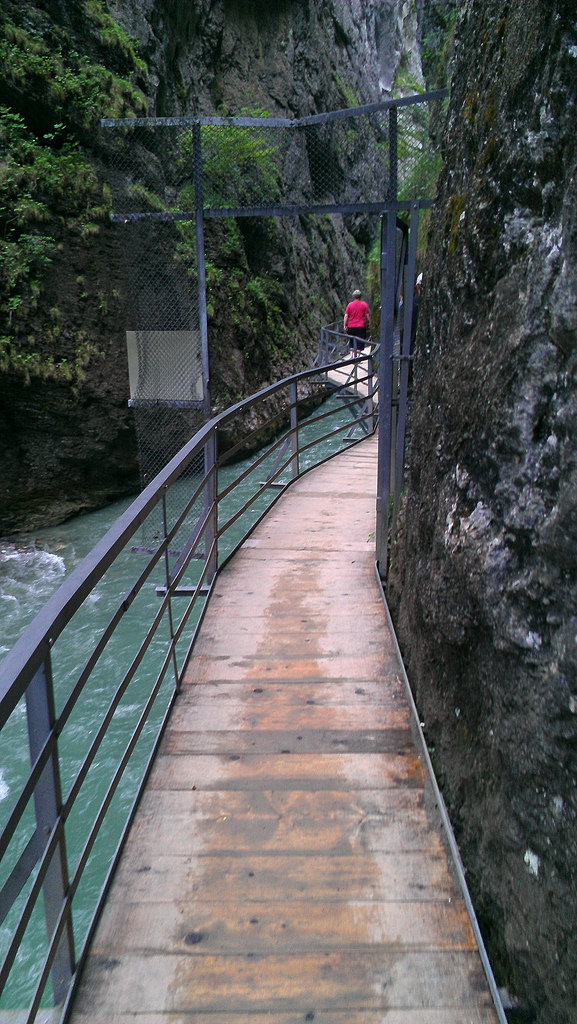 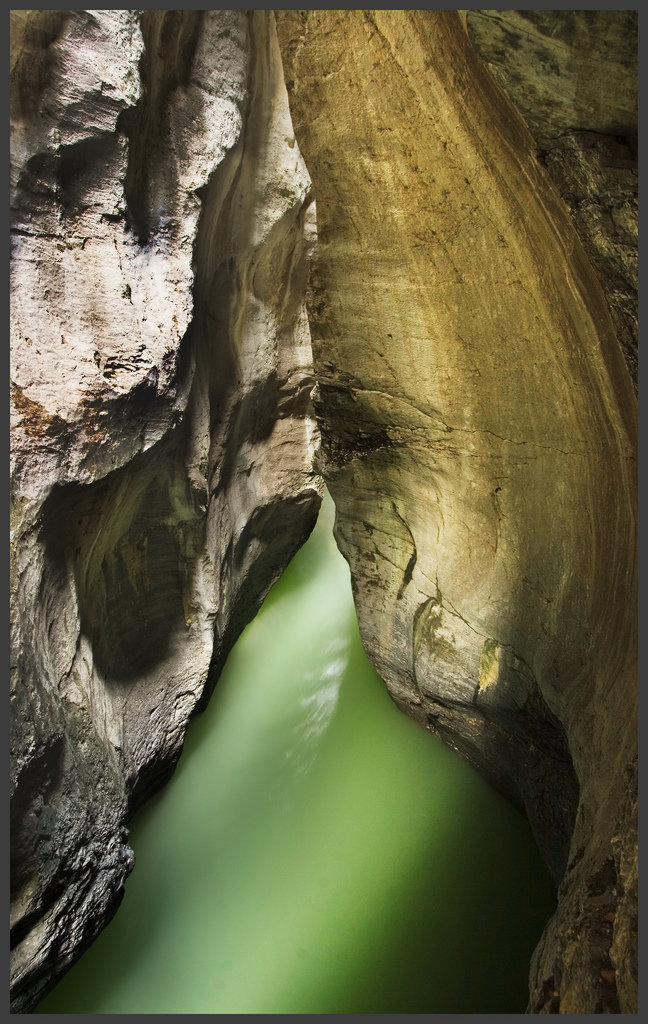 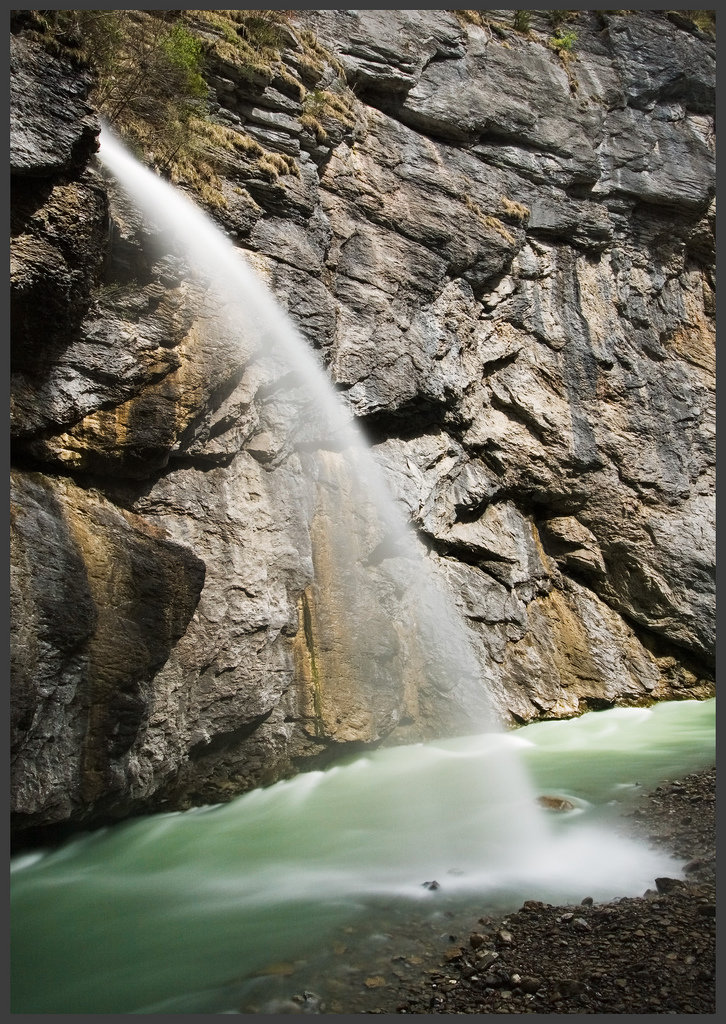 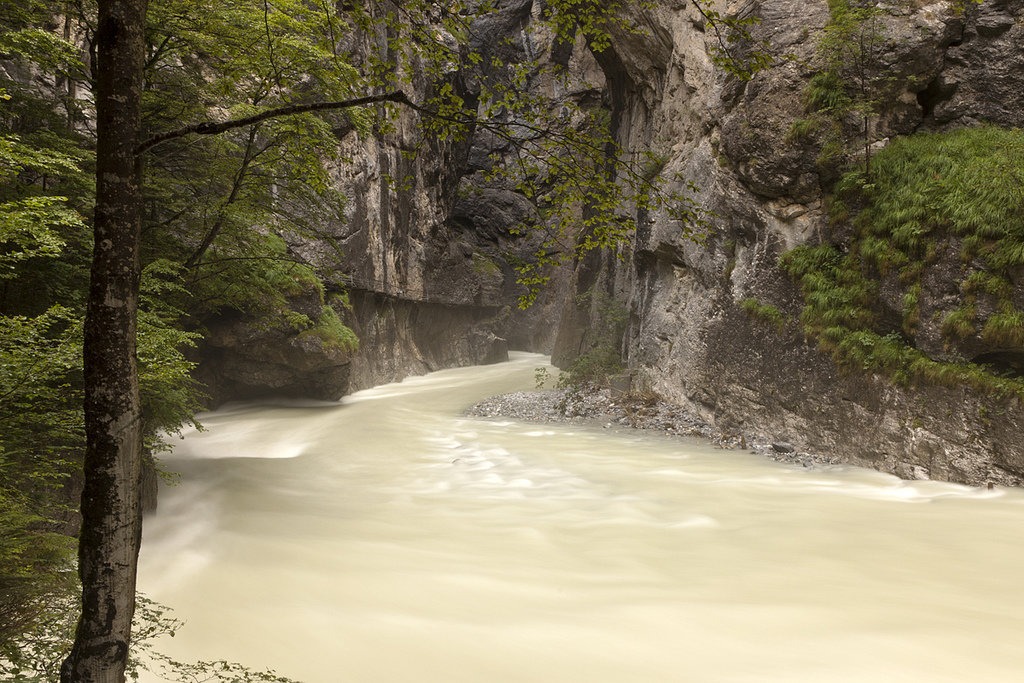 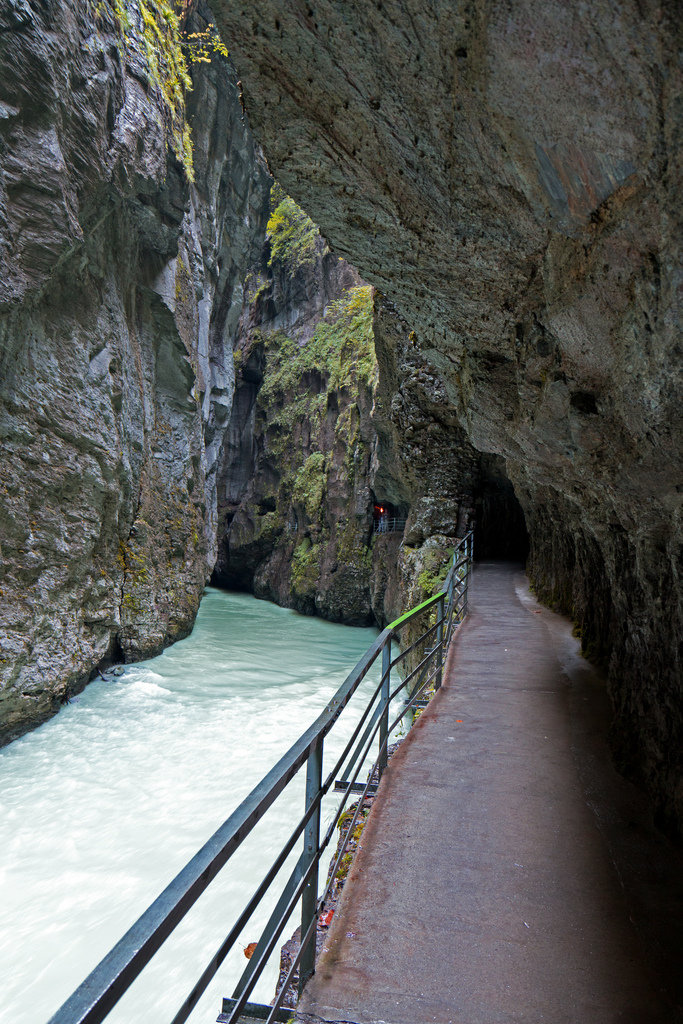