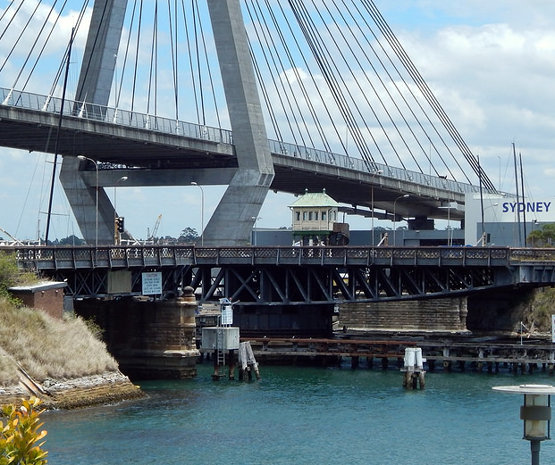 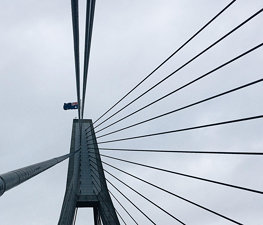 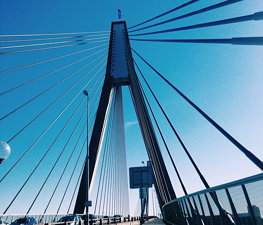 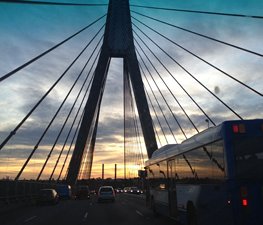 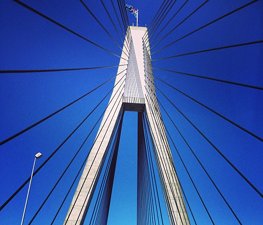 The ANZAC Bridge or Anzac Bridge (both forms are used by the Roads and Traffic Authority), replacing the earlier Glebe Island Bridge, is a large cable-stayed bridge spanning Johnstons Bay between Pyrmont and Rozelle in proximity to the central business district of Sydney, Australia. The bridge forms part of the Western Distributor freeway leading from the Sydney CBD and Cross City Tunnel to the suburbs of the Inner West and Northern Sydney.

The ANZAC Bridge is the longest span cable-stayed bridge in Australia. The bridge is 32.2 metres (105.6 ft) wide and the main span is 345 metres (1131.9 ft) long. The reinforced concrete pylons are 120 metres (393.7 ft) high and support the deck by two planes of stay cables. Initially the stay cables were plagued by vibrations which have since been resolved by the addition of thin stabilising cables between the stay cables.

The bridge was completed in 1995 to replace the former Glebe Island Bridge, an electrically operated swing bridge in operation since 1901. This former bridge was designed by Percy Allan of the New South Wales Public Works Department. Allan also designed Pyrmont Bridge over Sydney's Darling Harbour. Increasing traffic which was exacerbated by having to constantly close a major arterial road to allow the movement of shipping into Blackwattle Bay was the principal reasons for the construction of the new bridge.

The new bridge was opened on December 3, 1995, and was criticised by some as "overengineered" because of its size - with seven lanes for traffic. The criticism proved unfounded as the bridge was reconfigured for eight traffic lanes in 2005. There is a pedestrian path / bikeway that runs along the northern side of the bridge, making possible a leisurely 30-40 minute walk from Glebe Point Road, down Bridge Road, over the Bridge and round Blackwattle Bay back to Glebe Point Road.

The bridge is now regularly patrolled by security guards as a counter-terrorism measure. Security cameras also guard the walkway.

The bridge was given its current name on Remembrance Day in 1998 to honour the memory of the soldiers of the Australian and New Zealand Army Corps (ANZAC) who served in World War I. An Australian Flag flies atop the eastern pylon and a New Zealand Flag flies atop the western pylon. A bronze memorial statue of an Australian ANZAC soldier ("digger") holding a Lee Enfield rifle in the "rest on arms reverse" drill position was placed on the western end of the bridge on ANZAC Day in 2000. A statue of a New Zealand soldier was added to a plinth across the road from the Australian Digger, facing towards the east, and was unveiled by Prime Minister of New Zealand Helen Clark in the presence of Premier of New South Wales Morris Iemma on Sunday 27 April 2008.

Another much smaller bridge existed before the current bridge and is still in place today. The original bridge is mentioned in the first line of the You Am I song "Purple Sneakers", which was first released in 1995. As it was not named "ANZAC Bridge" at the time, Tim Rogers' lyric is "Had a scratch only you could itch / underneath the Glebe Point bridge".

The bridge was used as the filming location for Deni Hines' music video for "It's Alright" shortly before it opened in 1996.

Kitty B
If your walking over to Pyrmont you must try pizza from Made In Italy! Amazing!

Phil VG
This thing is massive!

Mark
Travel across the bridge at Sunrise for a great view of the harbour and Glebe.
Load more comments
foursquare.com
8.1/10
14,670 people have been here
I've been here
Add to wishlist

The Australian National Maritime Museum, a maritime museum operated as

Sydney Wildlife World is a zoo in the city of Sydney, Australia

Sydney Aquarium is a public aquarium located in the city of Sydney,

Darling Harbour is a harbour adjacent to the city centre of Sydney,

The AWA Tower is an office and communications complex in Sydney, in

Add to wishlist
I've been here
Visited
The Metro Theatre 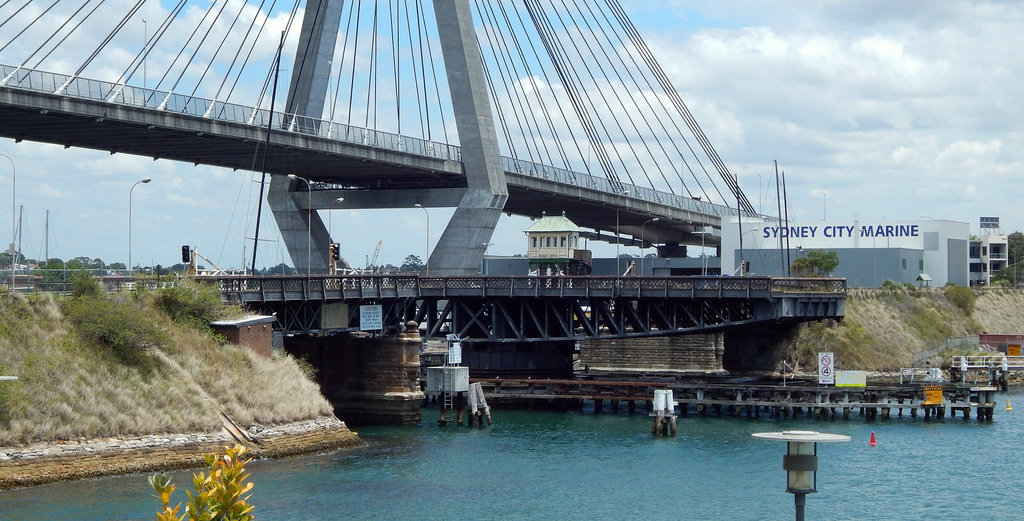 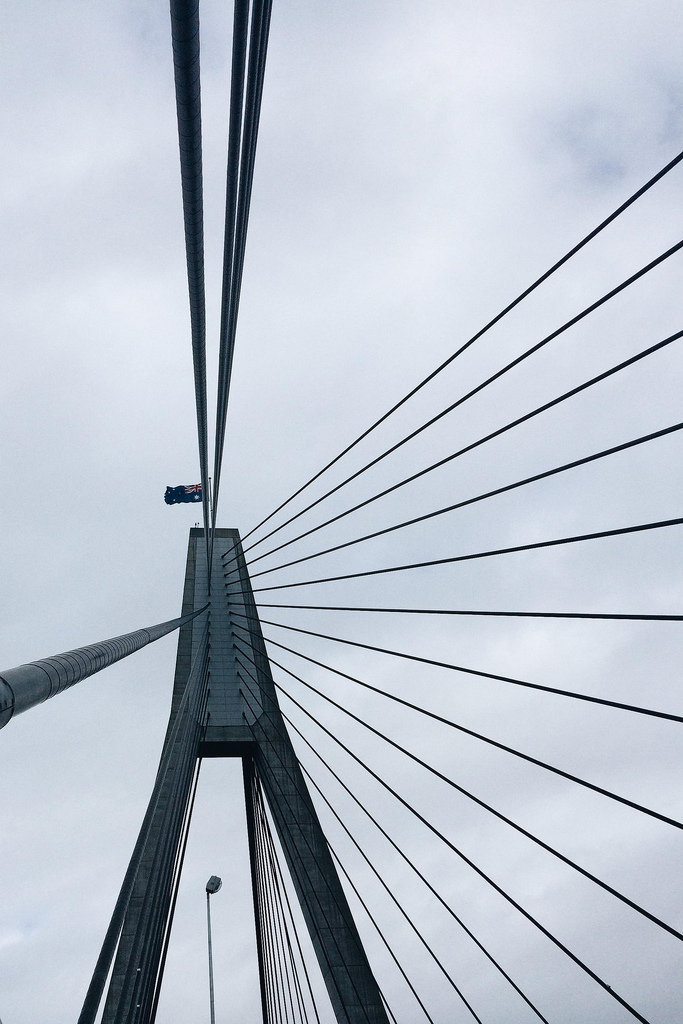 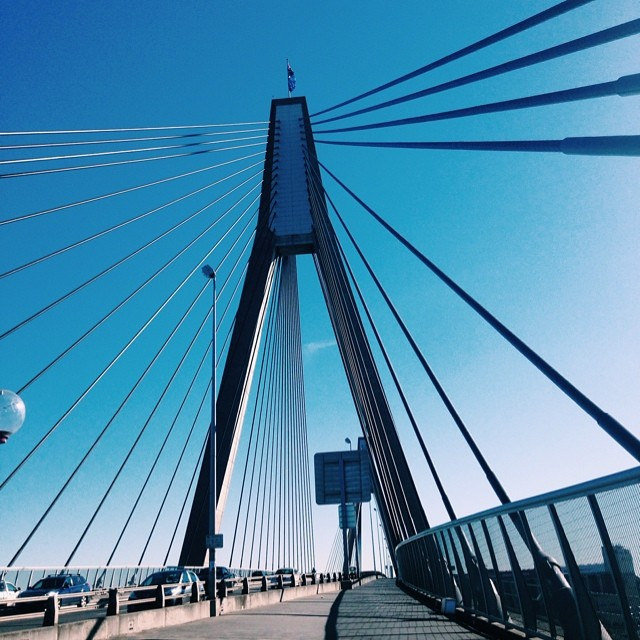 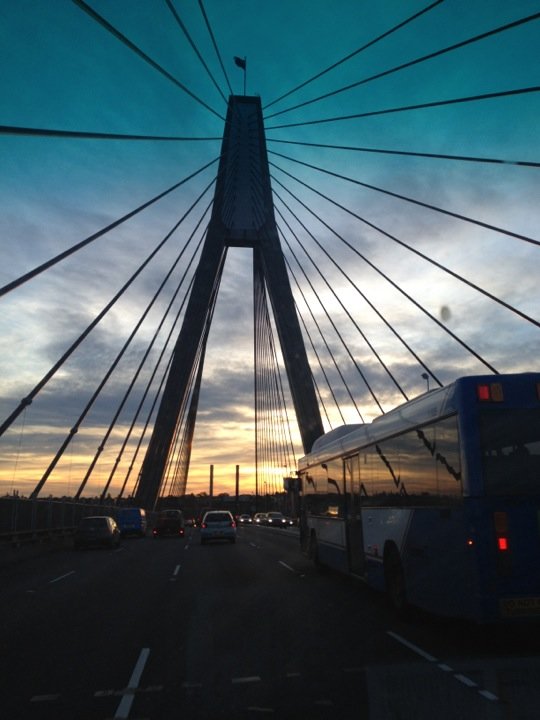 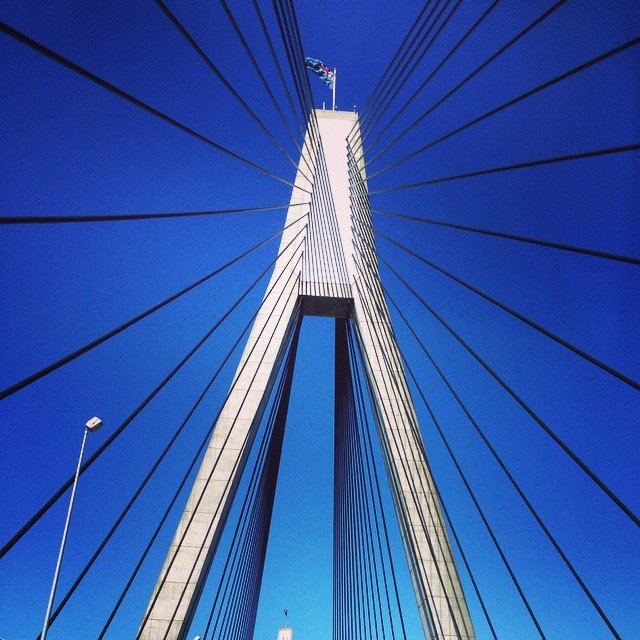 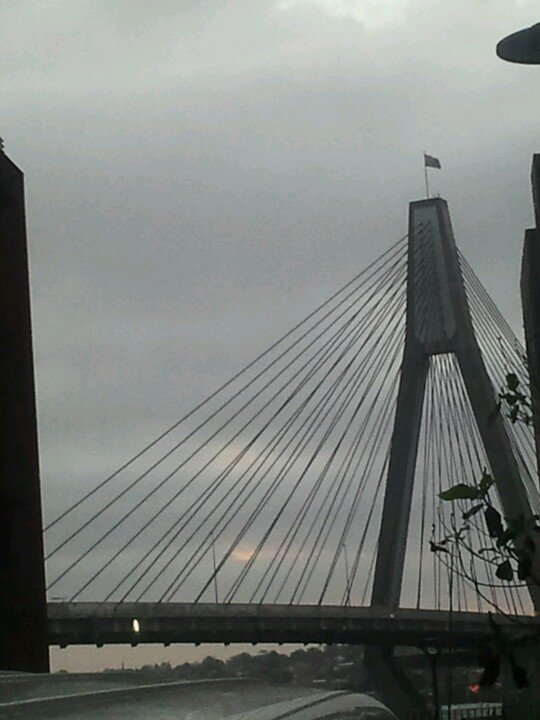 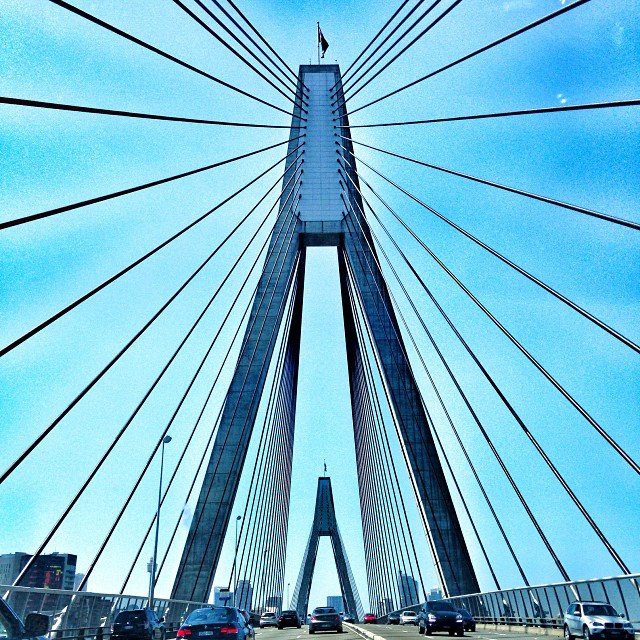 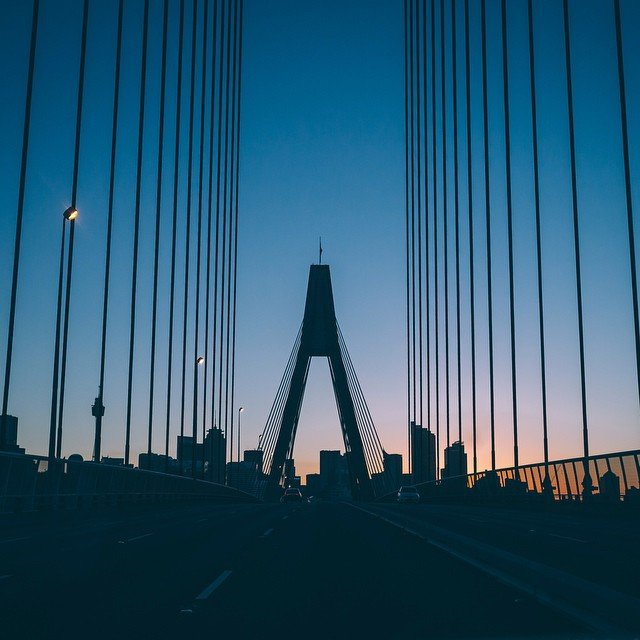 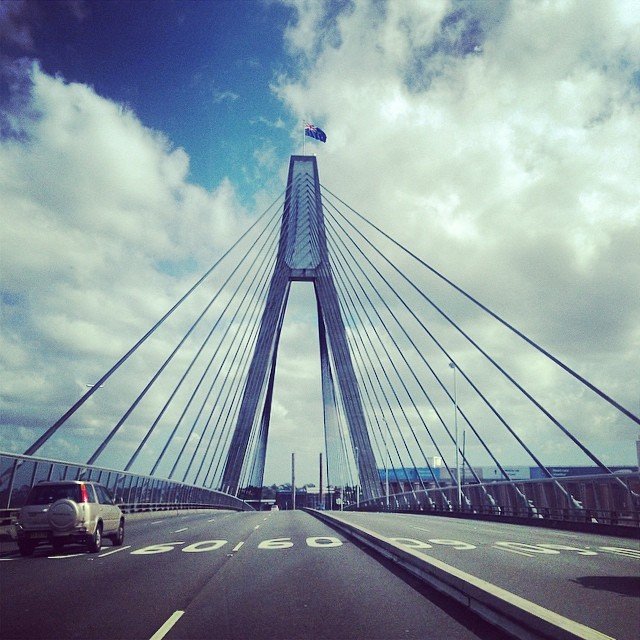 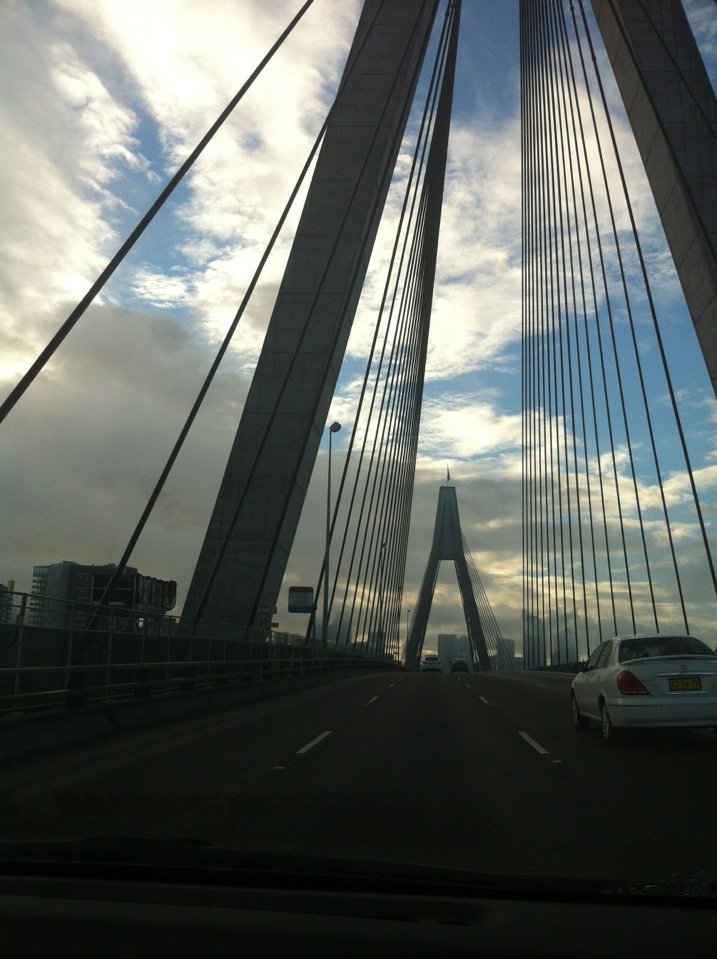 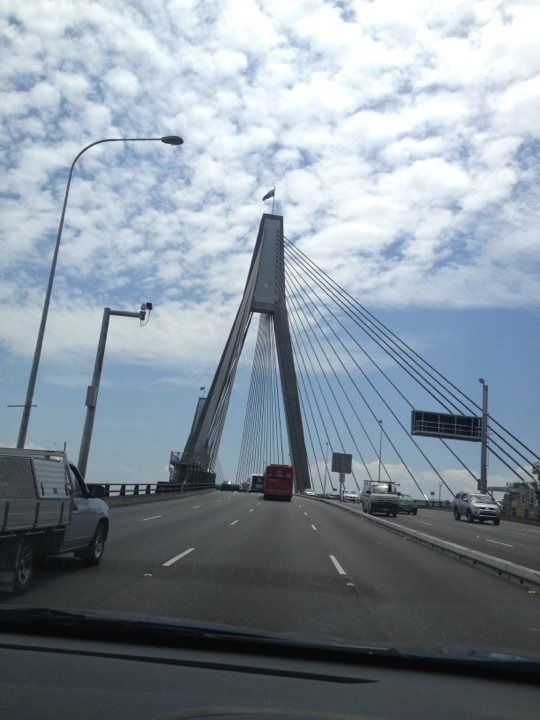 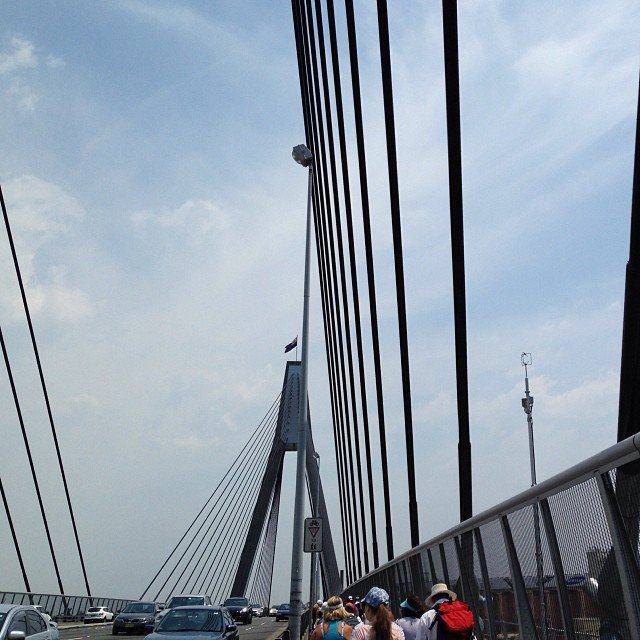 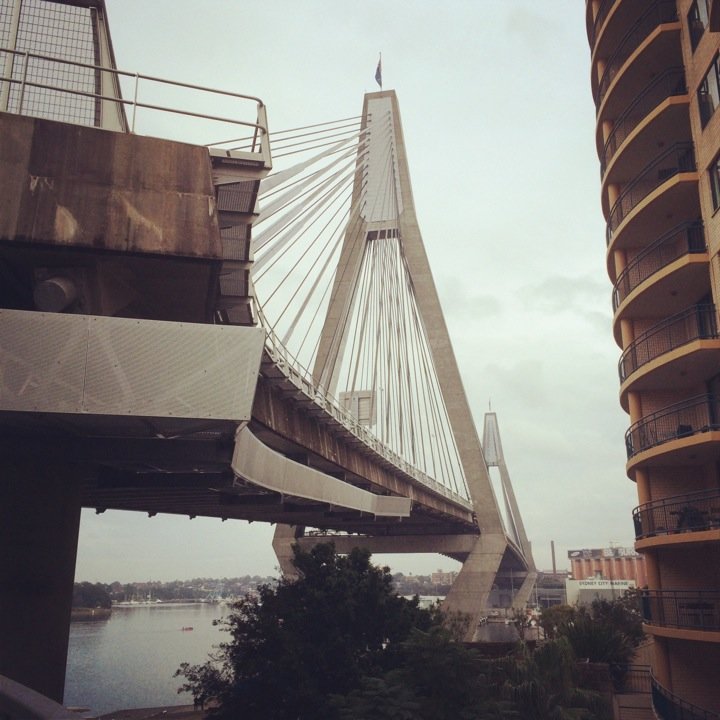